The academic performance of American schoolchildren hasn't budged in two decades, despite billions of dollars in increased funding.
By STEPHEN JOHNSON 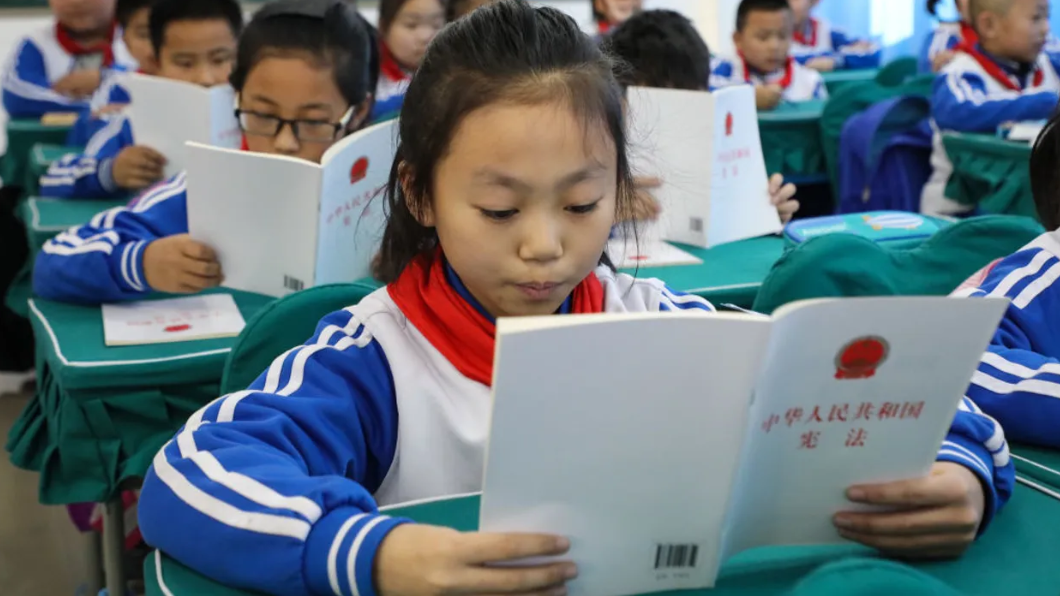 Chinese students far outperformed their international peers in a test of reading, math, and science skills, according to the 2018 results of the Program for International Student Assessment.

The test, administered by the Organisation for Economic Co-operation and Development (OECD), was given to 600,000 15-year-olds across 79 countries. It's intended to serve as a global measuring stick for education systems in different parts of the world, and within varying socioeconomic conditions.

The results showed that students from four provinces of China — Beijing, Shanghai, and the eastern provinces of Jiangsu and Zhejiang — earned the highest level 4 rating across all three categories. Students in the U.S. ranked level 3 in reading and science, and level 2 in math.

"The quality of their schools today will feed into the strength of their economies tomorrow." 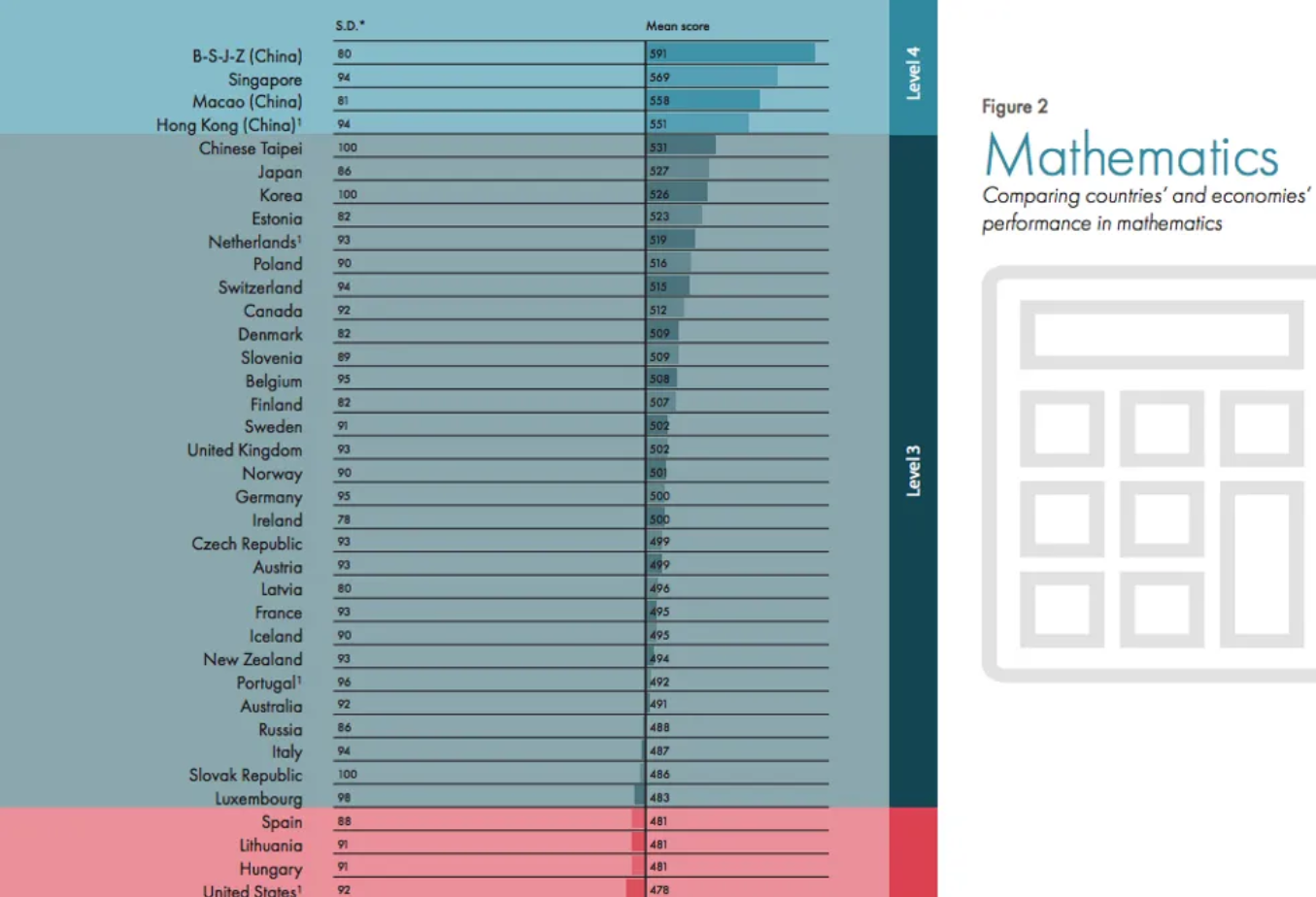 However, many developed nations haven't been able to improve education quality over the past two decades, even though "expenditure on schooling rose by more than 15% over the past decade alone," the report states.

"It is disappointing that most OECD countries saw virtually no improvement in the performance of their students since PISA was first conducted in 2000," Gurria said.

Socio-economic background did play a role in the test scores, accounting for 12 percent of the variation in reading performance in each country, on average. But the results also showed that the poorest 10 percent of students in China still outperformed the OECD average. That's perhaps surprising for a country with an average household net adjusted disposable income per capita that's about three times less than the OECD average of about $30,500.

A reading problem in the U.S.

The PISA results showed that 20 percent of American 15-year-olds don't read as well as they should by age 10. Also, the results showed American performance in reading and math has been flat since 2000. That suggests that federal initiatives like No Child Left Behind and Common Core — which have cost billions of federal and private dollars — haven't improved education quality in the U.S.

One of the most surprising findings was that only 14 percent of American students were able to reliably distinguish fact from opinion in reading tests. For example, one exercise asked students to read two pieces of writing: a news article covering scientific research on milk, and a report from the International Dairy Foods Association. The students were then presented various statements about milk, and asked to judge whether they're reading fact or opinion. For example:

"Drinking milk is the best way to lose weight."

Most American students were unable to tell that statements like this represent opinion, not fact. Why? One major factor is technology, the report said.

"In the past, students could find clear and singular answers to their questions in carefully curated and government-approved textbooks, and they could trust those answers to be true. Today, they will find hundreds of thousands of answers to their questions online, and it is up to them to figure out what is true and what is false, what is right and what is wrong," the report said. "Reading is no longer mainly about extracting information; it is about constructing knowledge, thinking critically and making well-founded judgements."

A former teacher, Elizabeth, from Portland, Maine, told the New York Times that she believed new technologies had shortened students' attention spans over the past couple of decades.

"My conclusion: technology is not always our friend," she wrote. "The newly arrived laptops in our schools were as much a distraction from learning as a tool for learning."

Of course, there are many factors that play into American students' relatively poor academic performance: socio-economic conditions, cultural differences, an overemphasis on standardized testing.

One of the reason it's difficult to tell why American students are falling behind is because, unlike many other nations, the U.S. no centralized education authority, meaning there are basically 50 different education systems. Inequalities among those systems will inevitably emerge, especially in underfunded areas, as Henry Braun, an education policy professor at Boston College, told Politifact.

"The reason we don't perform well overall is that we have more students in the lower strata that typically perform more poorly," Braun said. "That's more an indictment of the inequity in our social system than in our educational system."

BY ALIA HOYT Why are we so attuned to other people's noises but not our own? DOMOYEGA/GETTY IMAGES…