THE ARMS are those of a tall young man, his muscles toned and skin firm. One is covered in thick sweeps of black Chinese calligraphy from shoulder to wrist.

These might be the quirkiest tattoos in China, but they are part of a much broader trend. Tattooed arms, backs and legs are fast becoming common sights in the country’s biggest cities. The delicate flora and fauna of traditional Chinese art have migrated from rice paper to bodies, carried along by a revolution in techniques. And the innovations pioneered by China’s tattooists for their swelling market are transforming the art of inked flesh everywhere.

Tattooing is not new in China. Literature from the Tang dynasty (618-907AD) describes people getting tattooed with scenes of natural beauty and lines from poetry. Without question the most famous tattoo in Chinese history belonged to Yue Fei, a revered 12th-century general in the Song dynasty who had four characters inscribed on his back: jing zhong bao guo, or “serve the realm with utter loyalty”.

Two other distinctively Chinese styles are now edging out the neo-traditional school in popularity. One is classic calligraphy, updated with a modern sensibility. Chinese characters often appear as tattoos in the West, too, but these mostly look like basic handwriting. By contrast, Wu Shang and other tattooists in China apply bold, inventive strokes (see below). 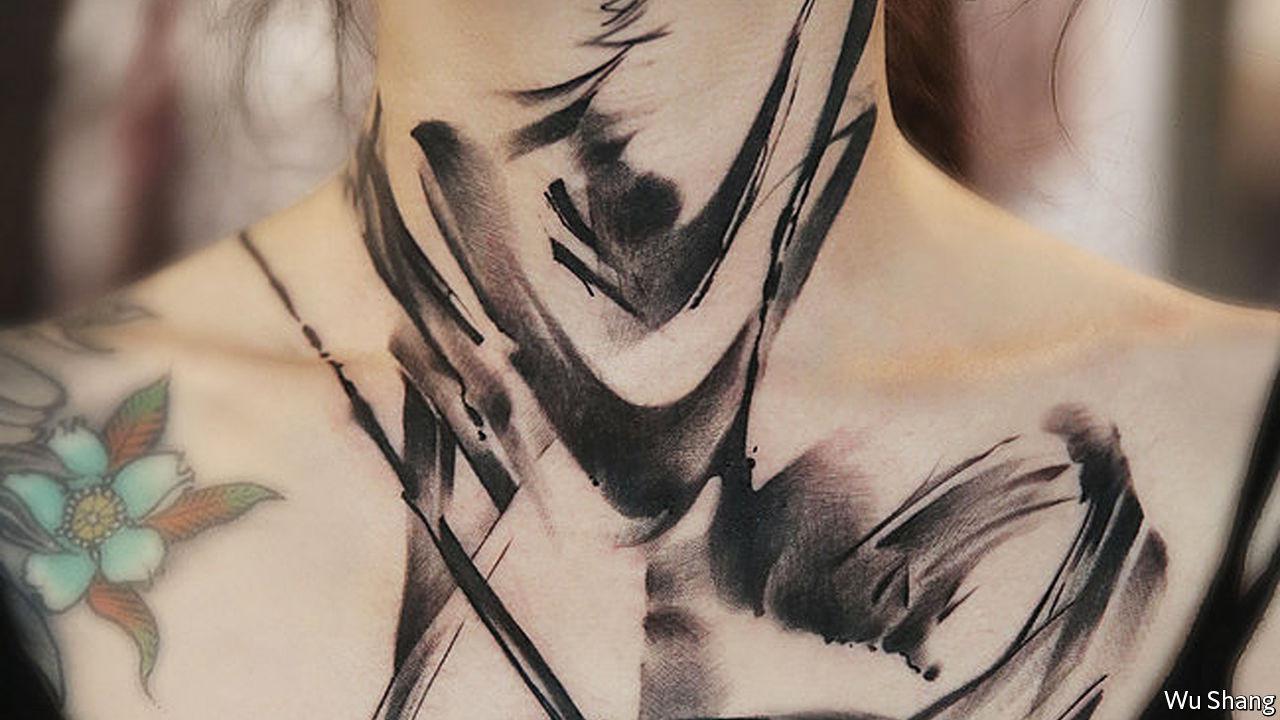 The other style is an approximation of ink-wash painting, the stuff of traditional Chinese landscapes. Among its finest exponents are Joey Pang (see below) and Chen Jie (see main image), two women who got started in the early 2000s, the former in Hong Kong, the latter in Beijing. Orchids bloom up the napes of necks; songbirds perch on branches that run across shoulders and down arms; mist-wreathed mountain ranges extend across collarbones. Their tattoos have an almost ethereal quality, as if floating above the skin. And just as important, they are perfect for the age of social media: Ms Chen has more than 420,000 followers on Instagram. 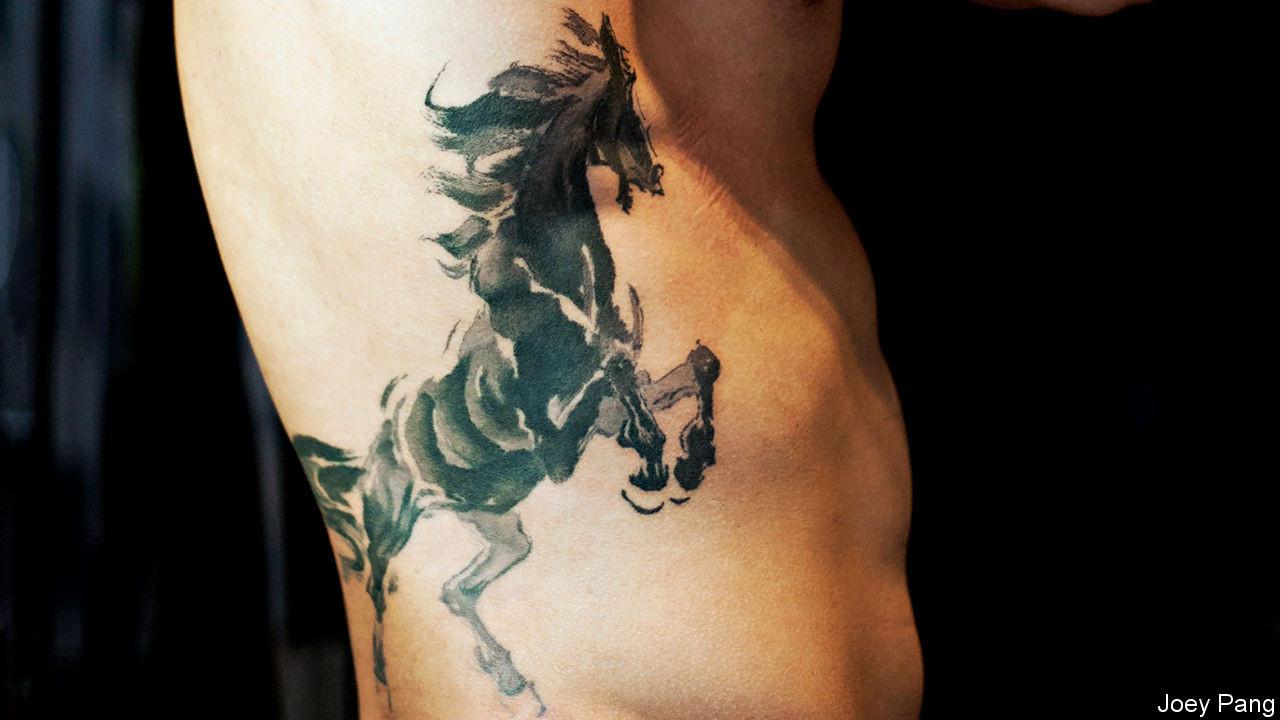 As is increasingly common globally, some of the best Chinese tattooists had formal art training before opting for ink and skin as their preferred medium. Wu Shang attended the prestigious China Academy of Art in Hangzhou, where he studied Impressionist painting. He says that he intended Wu Shang, his nom de plume, as a tribute to the French artist Paul Cézanne, meaning “I am no Cézanne”. Coincidentally or not, it can also mean “None are better than me”.

People in the business estimate that China now has tens of thousands of tattoo studios, up from hundreds a decade ago. Last year at least 16 large tattoo exhibitions were held around the country, bringing together crowds of would-be tattooists and soon-to-be-inked patrons. Given the surging demand, the need for well-trained artists is evident.

Why is anxiety spiking in young people but not older adults?​ BY STEPHEN JOHNSON The study examined self-reported data…

These two celestial bodies share a heartbeat, puzzling scientists A black hole and a gas cloud pulse together in…