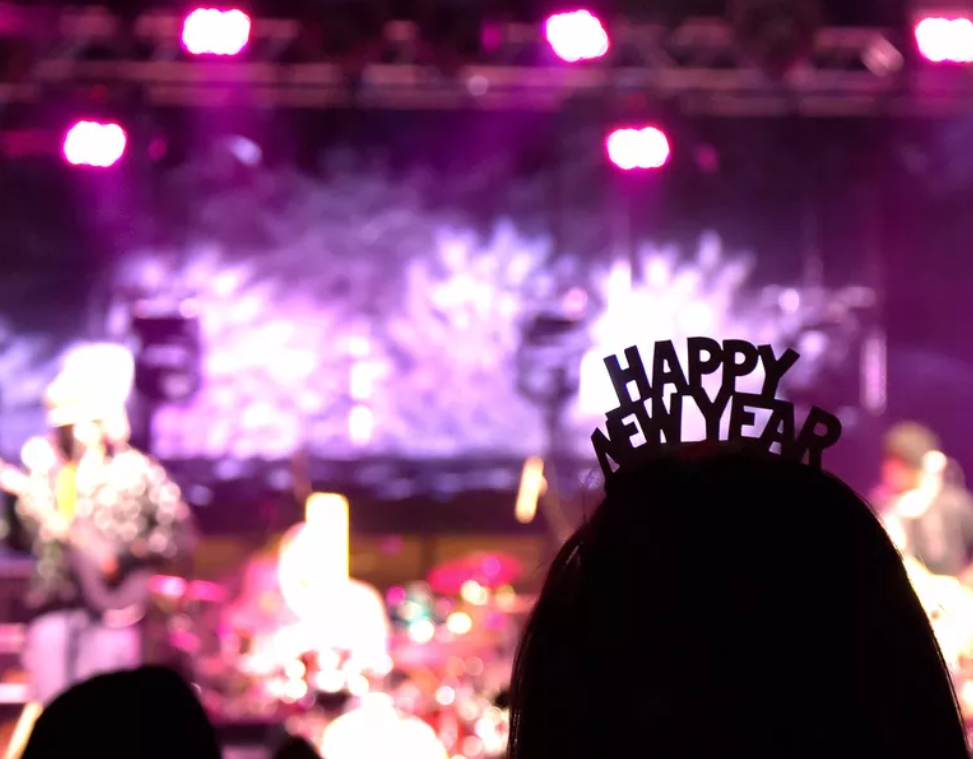 For many, the start of a new year represents a moment of transition. It's an opportunity to reflect on the past and to look ahead to what the future might hold. Whether it was the best year of our lives or one we'd rather forget, the hope is that better days are ahead.

That's why New Year's is a cause for celebration around the world. Today, the festive holiday has become synonymous with the joyous revelry of fireworks, champagne, and parties. And over the years, people have established various customs and traditions to ring in the next chapter. Here's a look at the origins of some of our favorite traditions. 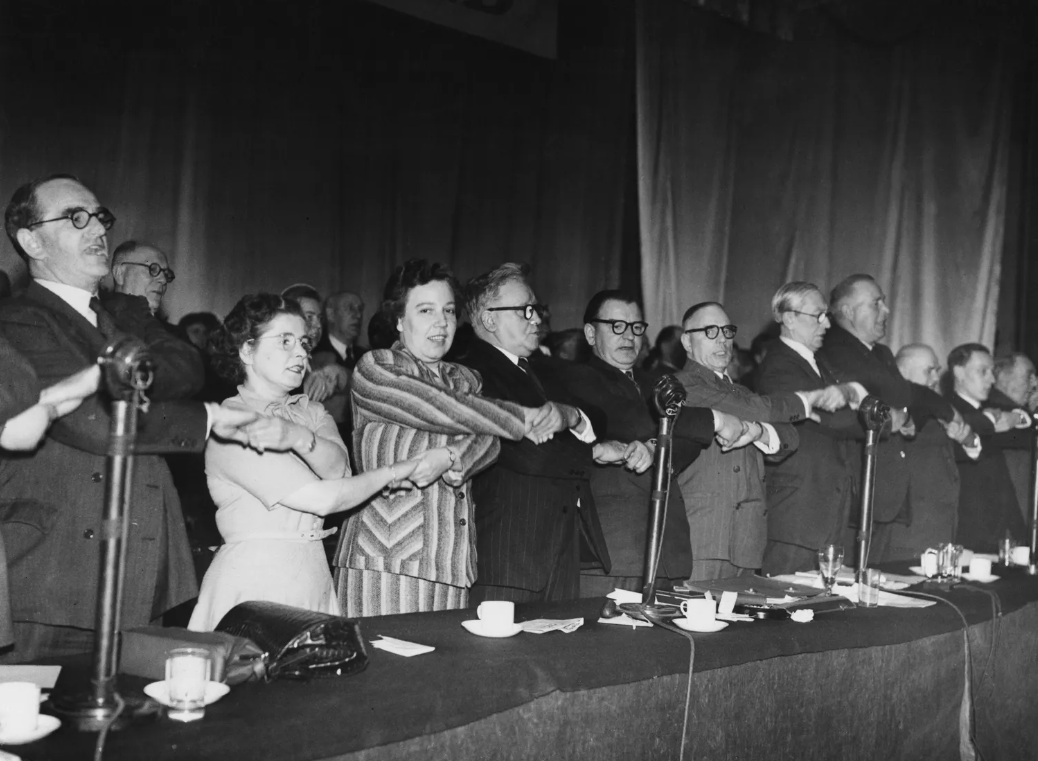 The official new year’s song in the U.S. actually originated across the Atlantic— in Scotland. Originally a poem by Robert Burns, “Auld Lang Syne” was adapted to the tune of a traditional Scottish folk song in the 18th century.

After writing the verses, Burns publicized the song, which, in standard English translates to “for old times,” sending a copy to the Scots Musical Museum with the following description: "The following song, an old song, of the olden times, and which has never been in print, nor even in manuscript until I took it down from an old man."

Though it’s unclear who the “old man” Burns was referring to really was, it’s believed that some of the passages were derived from "Old Long Syne," a ballad printed in 1711 by James Watson. This is due to the strong similarities in the first verse and the chorus to Burns' poem.

The song grew in popularity and after a few years, the Scottish began to sing the song each New Year’s Eve, as friends and family joined hands to form a circle around the dance floor. By the time everyone got to the last verse, people would place their arms across their chest and lock hands with those standing next to them. At the end of the song, the group would move toward the center and back out again.

The tradition soon spread to the rest of the British Isles and eventually many countries all over the world began ringing in the New Year by singing or playing “Auld Lang Syne” or translated versions. The song is also played during other occasions such as during Scottish weddings and at the close of Great Britain’s annual Congress of the Trades Union Congress. 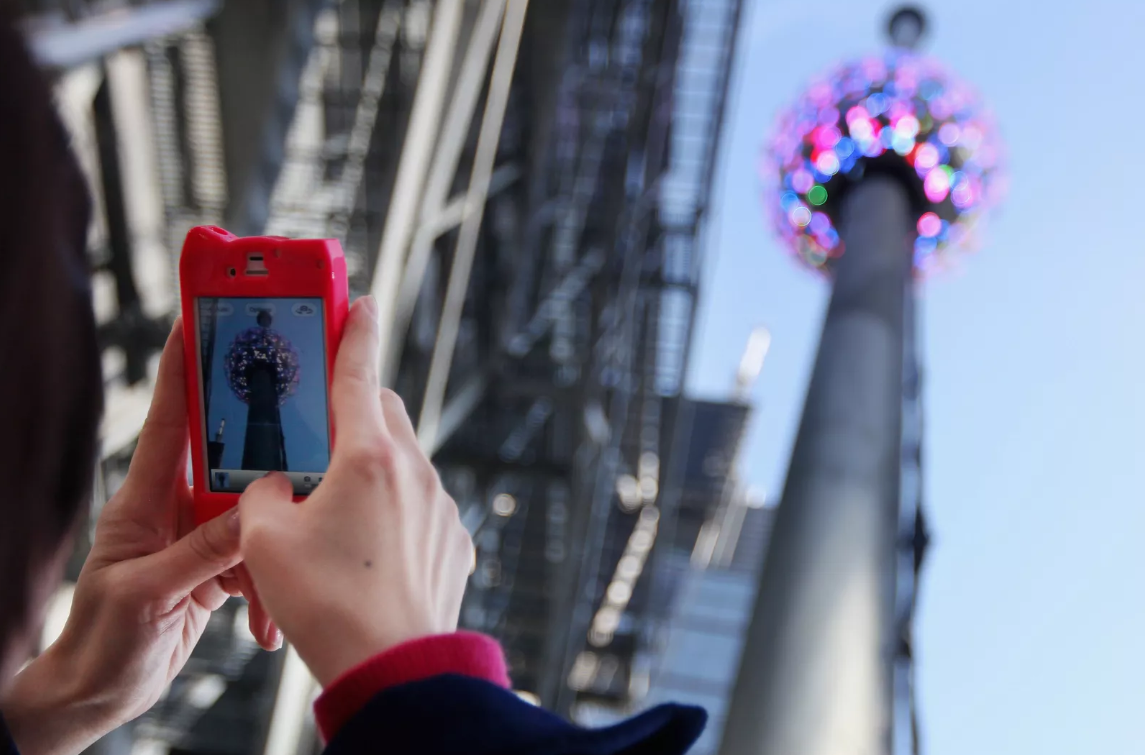 It wouldn’t be New Year’s without the symbolic lowering of Times Square's massive sparkly orb as the clock approaches midnight. But not many people are aware that the giant ball’s connection with the passing of time dates back to early 19th century England.

Time balls were first built and used at Portsmouth harbor in 1829 and at the Royal Observatory in Greenwich in 1833 as a way for seafaring captains to tell the time. The balls were large and positioned high enough so that maritime ships could view their position from a distance. This was more practical since it was difficult to make out the hands of a clock from afar.

The U.S. Secretary of the Navy ordered the first “time ball” to be built atop the United States Naval Observatory in Washington, D.C. in 1845. By 1902, they were used at harbors in San Francisco, Boston State House, and even Crete, Nebraska.

Though balls drops were generally reliable in accurately conveying the time, the system would often malfunction. The balls had to be dropped at exactly noon and strong winds and even rain could throw the timing off. These sorts of glitches were eventually rectified with the invention of the telegraph, which allowed time signals to become automated. Still, time balls would eventually be made obsolete by the beginning of the 20th century as newer technologies made it possible for people to set their watches wirelessly.

It wasn’t until 1907 that the time ball made a triumphant and perennial return. That year, New York City enacted its fireworks ban, which meant the New York Times company had to scrap their annual fireworks celebration. Owner Adolph Ochs decided instead to pay homage and build a seven-hundred-pound iron and wood ball that would be lowered from the flagpole atop Times Tower. 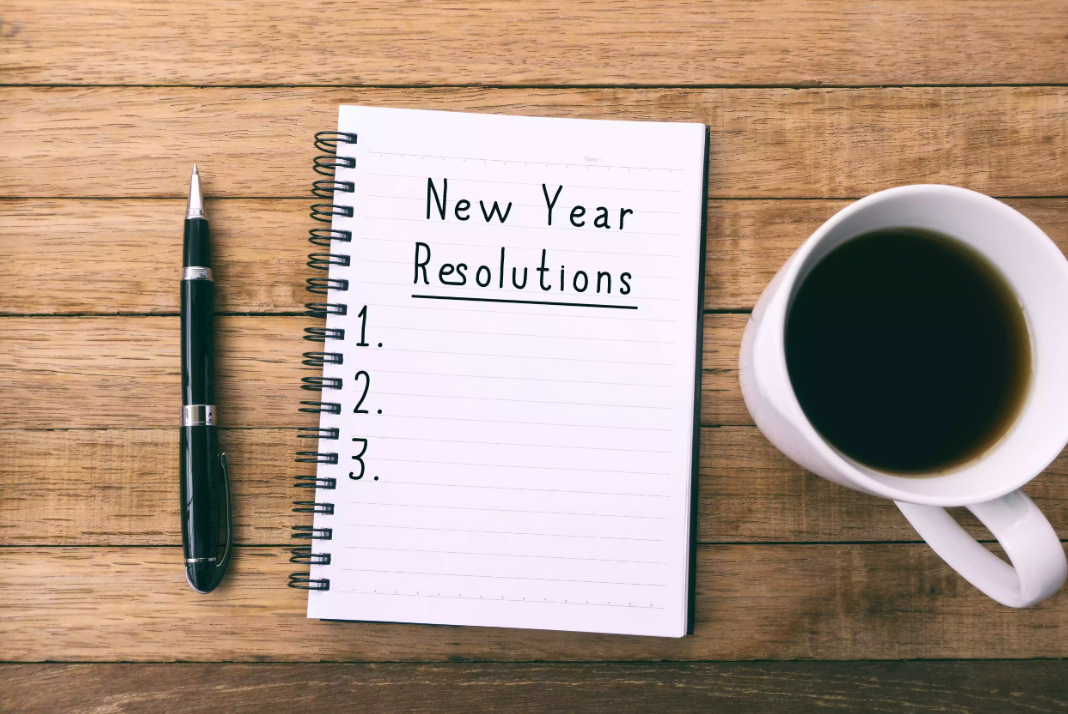 The traditions of starting the New Year off by writing resolutions likely began with the Babylonians some 4,000 years ago as part of a religious festival known as Akitu. Over the course of 12 days, ceremonies were held to crown a new king or to renew their vows of loyalty to the reigning king. To curry favor with the gods, they also promised to pay off debts and to return borrowed items.

The Romans also considered New Year’s resolutions to be a holy rite of passage. In the Roman mythology, Janus, the god of beginnings and transitions, had one face looking to the future while the other looking at the past. They believed that the beginning of the year was sacred to Janus that the beginning was an omen for the rest of the year. To pay homage, citizens offered gifts as well as pledged to be good citizens.

New Year’s resolutions played an important role in early Christianity as well. The act of reflecting on and atoning for past sins was eventually incorporated into formalized rituals during watch night services that are held on New Year’s Eve. The first watch night service was held in 1740 by the English clergyman John Wesley, the founder of Methodism.

As the modern day concept of a New Year’s resolutions has become much more secular, it’s become less about the betterment of society and more emphasis on one’s individualized goals. A U.S. government survey found that among the most popular resolutions were losing weight, improving personal finances, and reducing stress.

04 New Year's Traditions From Around the World 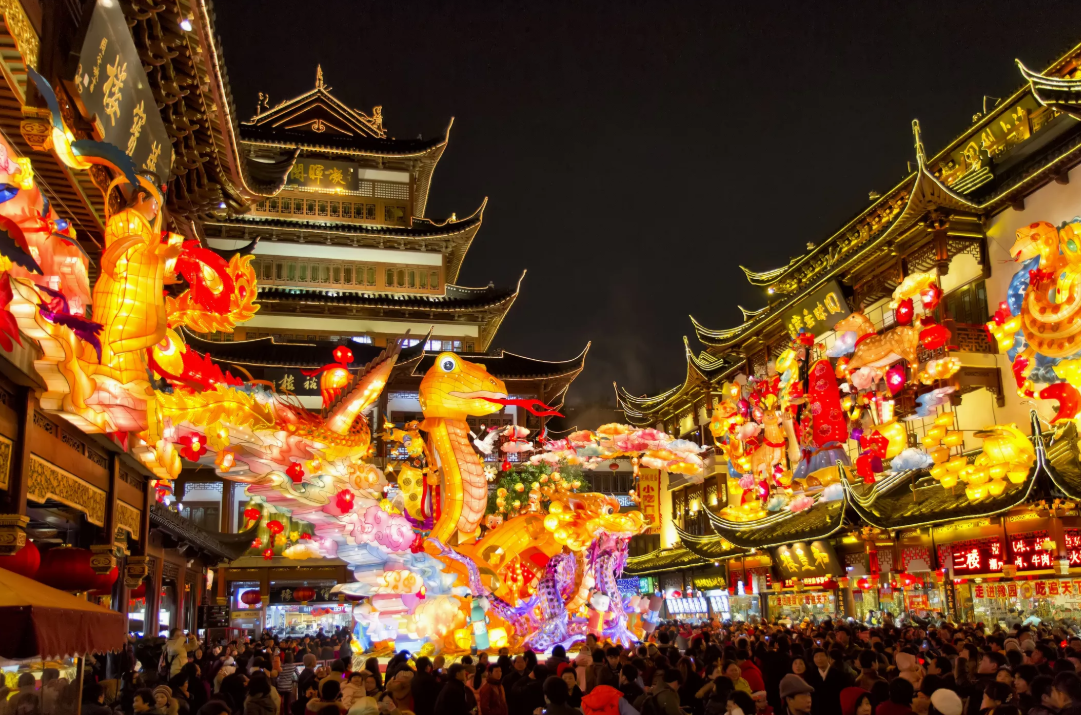 So how does the rest of the world celebrate the new year?

In Greece and Cyprus, locals would bake a special vassilopita (Basil's pie) that contained a coin. At exactly midnight, the lights would be turned off and families would begin cutting the pie and whoever gets the coin would have good luck for the entire year.

In Russia, New Year’s celebrations resemble the kind of festivities you might see around Christmas in the U.S. There are Christmas trees, a jolly figure called Ded Moroz who resembles our Santa Claus, lavish dinners, and gift exchanges. These customs came about after Christmas and other religious holidays were banned during the Soviet Era.

Confucian cultures, such as China, Vietnam, and Korea, celebrate the lunar new year which usually falls in February. The Chinese mark the New Year by hanging red lanterns and giving red envelopes filled with money as tokens of goodwill.

In Muslim countries, the Islamic new year or “Muharram” is also based on a lunar calendar and falls on different dates each year depending on the country. It’s considered is an official public holiday in most Islamic countries and is recognized by spending ​the day attending prayer sessions at mosques and taking part in self-reflection.

There are also some wacky New Year’s rituals that arisen over the years. Some examples include the Scottish practice of “first-footing,” where people race to be the first person during the new year to step foot in a friends' or family's home, dressing up as dancing bears to chase away evil spirits (Romania) and throwing furniture in South Africa.

The Importance of New Year's Traditions

Whether it's the spectacular ball drop or the simple act of making resolutions, the underlying theme of New Year's traditions is honoring the passing of time. They give us a chance take stock of the past and also to appreciate that we all can start anew.