Normal history is already barbaric enough. Behind the wars, disease, and murders that everyone knows, are tales that find a way to be even more awful. Some of these terror-inspiring stories can only be compared to those in Halloween movies. But unlike horror movie monsters that can be defeated by saying “it’s just a movie,” the savage tales on this list are very real. 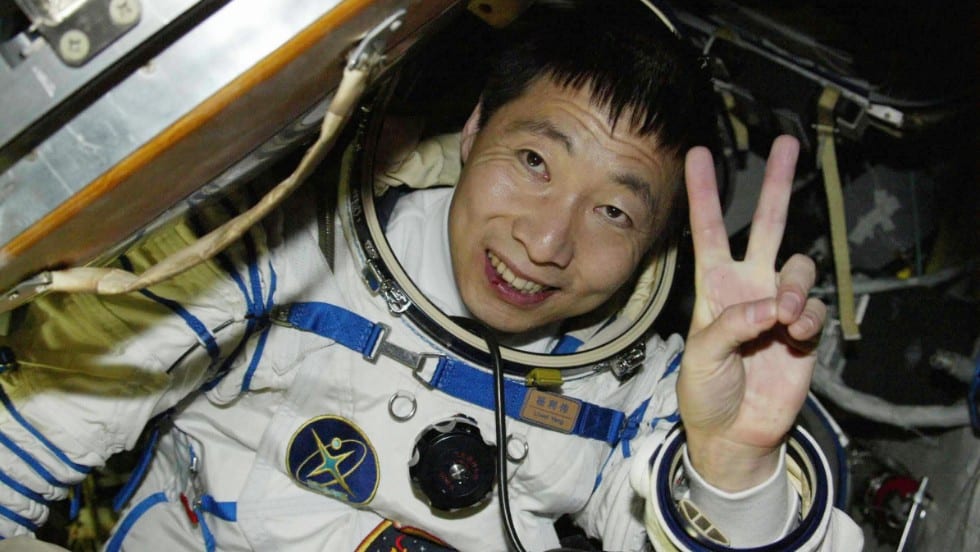 In 2003, Yang Liwei was floating in his capsule. He had just made history as China’s first man in space. He was alone in a void. Then came a knock.

In space, nobody can hear you scream. But apparently you can hear tapping. Back on Earth, Liwei described the event to reporters. The sound reminded him of “someone knocking the body of the spaceship just as knocking an iron bucket with a wooden hammer.” He could not place the source of the sound. He said, “it neither came from outside nor inside the spaceship.” He set out to explore the shuttle for any hints. Starring out his porthole, he saw nothing noticeable on the side. There was nothing faulty inside either. No one could explain the eerie knock.

Scientist have had little success uncovering the sound’s mysterious origins when it came back. Theories about friendly aliens greeting Liwei to the neighborhood were quickly ruled out. Returning to Earth, Liwei inspected the capsule again. He and his coworkers were still stymied. The crew attempted to recreate the sound. Nothing came close. Because sound needs a medium, the most likely reason was an object physically hitting the spacecraft. No marks indicated outside contact. The most accepted theory is the metallic surface of the exterior contracted while exposed to the cold vacuum of space. Other astronauts have reported similar sounds in 2005 and 2008, lending credence that it has to do with the temperature. The truth is out there, but it’s probably just thermal change. 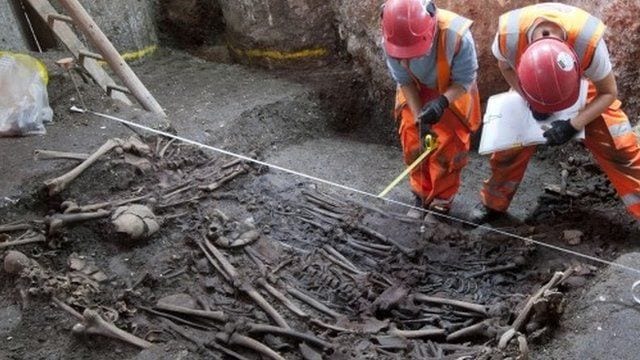 A virus breaks out. The shambling remains of the victims wander the city. The government tries to suppress them, but they escape. Armed locals have to take matters in to their own hands and execute them. This is the story of many zombie movies from REC to Resident Evil. For Black Plague victims in England, it was a reality.

As a burgeoning metropolitan center, London had reason to be particularly cautious about the spread of the disease. The ill were imprisoned in their own houses. To prevent visitors, the doors were padlocked. Any house holding the infected was marked with a red cross on the door to warn others to stay away. Armed guards were stationed to stop anyone from trying to help.

With minimal food and medicine, conditions broke down inside the house. Like George Romero’s Land of the Dead, the infected fought back. Families murdered the guards to escape. One common practice was to sneak a noose through a window and lower it until it hanged around the guard’s neck. With a quick jerk, the guard was hoisted up until he promised to let them go. Blankets were placed on top of murdered guards to trick plague carts in to dragging them off along with the dead. When whole streets were quarantined, neighbors rioted and massacred all the guards, with one crazed victim going so far as to manufacture homemade explosives.

Freedom was not worth all the bloodshed. The plague refugees wandered with no resources. As they fled London, many of the smaller villages barred entry. Locals threw stones and manure at the infirm. Some let the sick in, only to rob them.

8、Waterloo Soldiers Were Ground Up To Fertilizer 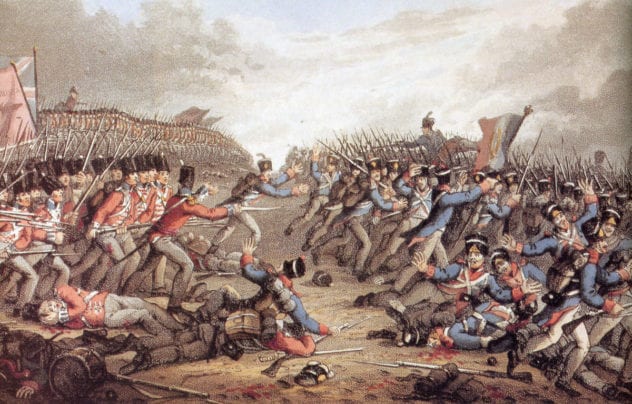 Between Napoleon Bonaparte and ABBA, Waterloo is synonymous with historical calamities. 60,000 soldiers died on that Belgian field. What those soldiers never would have guessed is that they would become a crucial part of English gardening.

A year after Waterloo, the fields were cleared. Companies collected all of the exposed soldier and horse bones. To maximize the space, they converted the bones into a powder. This practice was common on many of Napoleon’s other battlegrounds like Leipzig and Austerlitz.

Newspapers at the time report that in total they hauled, “more than a million bushels of human and inhuman bones.” The fallen French army were ground up in Yorkshire factories, marking their second defeat to the English. Putting the man in “manure”, the remains were mixed together as an additive in fertilizers. The oil from the marrow proved to be especially helpful, rivaling “almost any other substance.” With a positive spin on this wide-scale grave robbing, contemporary newspapers said “a dead soldier is a most valuable article of commerce.”

Sent in mass to Doncaster, the compound helped grow the plants in England’s agriculture center. Local farmers could buy it to help grow their own crops. A generation of Europeans ate food made with the help of dead bodies. Hannibal Lecter would have been proud . . . and satiated. 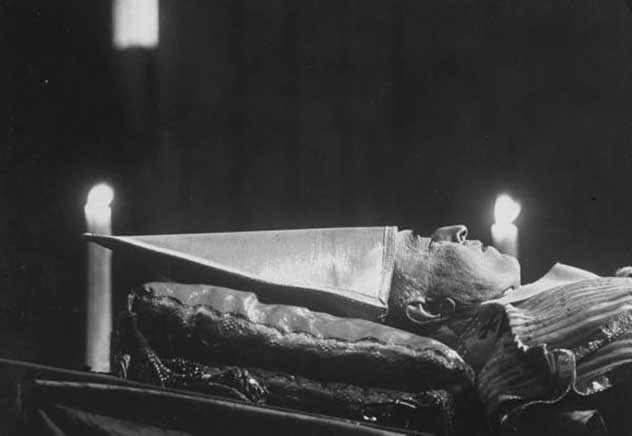 Venerable Pope Pius XII had one simple request. He did not want to be embalmed. He wanted his body to be interred as God had made it. Presumably, His Holiness did not want to explode either.

By his death in 1958, Pope Pius XII’s tenure had proven to be particularly controversial outside Catholic circles. Serving as the Pontiff in the buildup to and aftermath of World War II, historians have debated the merits of the Pope’s leadership. But those debates aside, the pontiff’s history suffered a final and disturbing blow. Papal Court doctor Galeazzi-Lisi got his position purely through nepotism. Friends with Pius XII (whilst still Cardinal Eugenio Pacelli) before he ascended to the papacy, Galeazzi-Lisi was woefully unqualified to be appointed as the Pope’s personal physician.

A quack with minimal medical training, Galeazzi-Lisi developed his own system of embalming. Evoking the oil rituals of early Christian leaders, Galeazzi-Lisi’s process of “aromatic osmosis” soaked the body in natural oils. For 24 hours, the body laid, wrapped in cellophane. There is a reason scientists abandoned this practice as it allows internal gases in the organs to build as the body decays. Stewing in the Mediterranean heat, the corpse burst open while being carried in procession.

After the corpse exploded, Galeazzi-Lisi was forced to re-embalm Pius overnight. It was too late. Pius XII’s nose and fingers had already flown off. Decomposition discolored the body. Displayed in St. Peter’s Basilica, mourners grieved over an “emerald green” corpse. Nearby guards fainted from the odor. Pius XII’s and Galeazzi-Lisi’s career were laid to rest the same day. Through ineptitude, he earned himself a place in history. He is the only person to have ever been banished from Vatican City.

6、George Washington Comes Back From The Dead 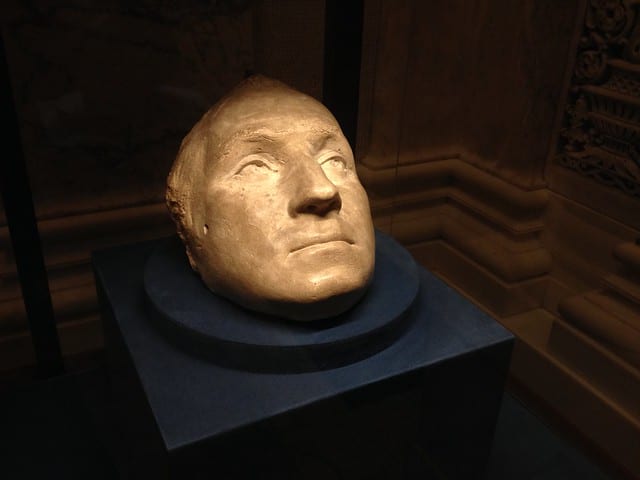 Before Dr. Victor Frankenstein, there was Dr. William Thornton. Frankenstein scrounged through the graves of recently executed criminals to create his unnatural monster. Thornton settled for more refined clientele, the Founding Father of the United States of America.

George Washington was terrified of being buried alive. Terrible tales of coffins with scratch marks inside horrified him. With his secretary, Tobias Lear, Washington arranged to “not let his body be put into the Vault in less than three days” after confirming his death. During that window, his grieving family would sit around and wait to see if he moved. Thornton had another idea.

William Thornton was one of the most prestigious physicians of his time. Educated at Europe’s best schools, Thornton swore that he could cure everything wrong with Washington. Washington died before he arrived. That was no obstacle for Thornton. The plan was simple. Like a Thanksgiving turkey, Thornton would lower Washington’s body in cold water. To thaw him out, Thornton would swaddle the president in layers of blankets,. As Washington’s body temperature steadily increases, Thornton would pump air in his lungs to stimulate breath. To restart his heart, Thornton would inject the President with sheep’s blood. Eventually, the Washington would come back to life like nothing had ever happened. Surprisingly, the proposal was rejected. Grudgingly, Thornton believed for 20 years his experiment could have saved the President’s life. Science suggests otherwise.