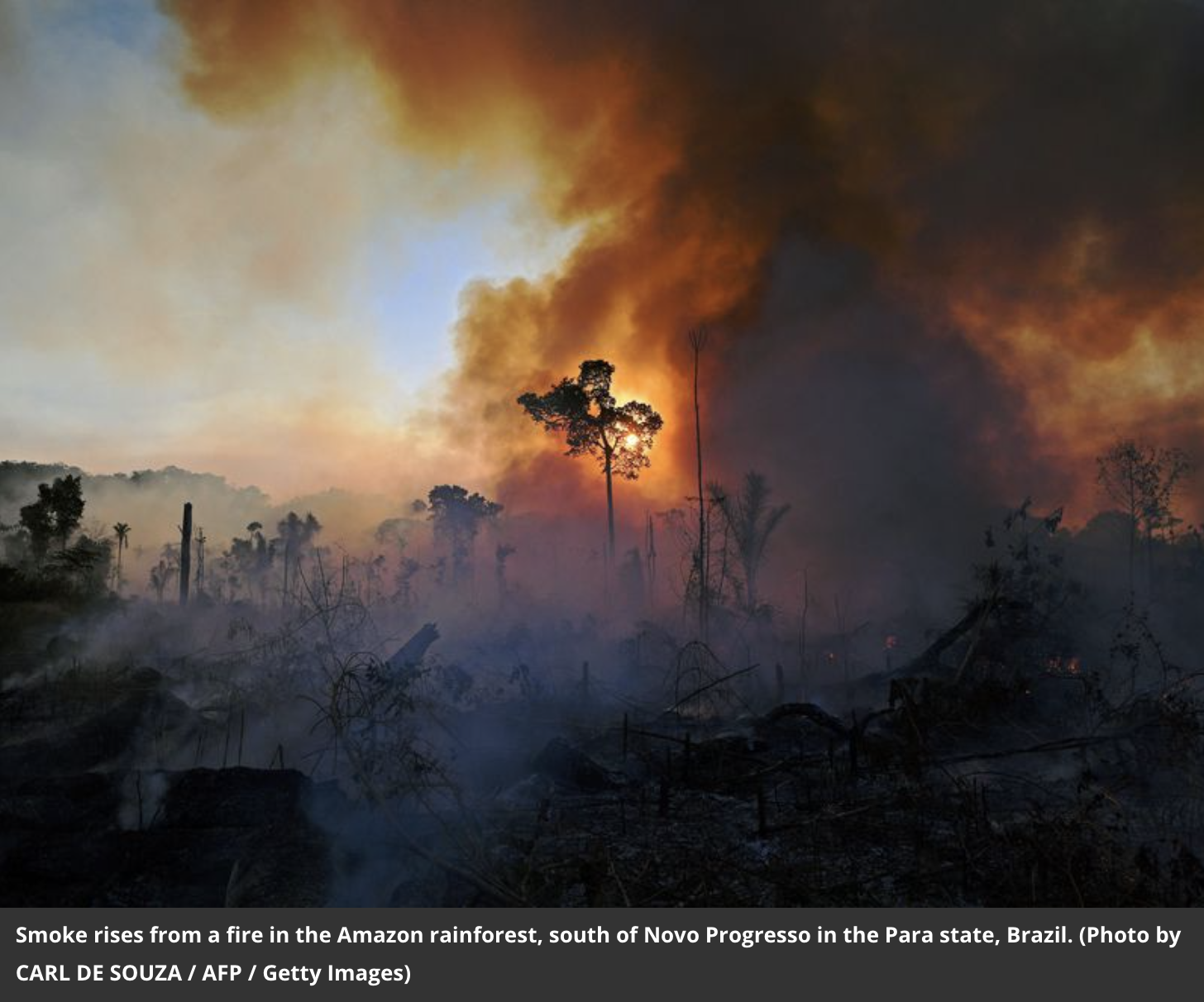 Two major reports released this month paint a grim portrait of the future for our planet’s wildlife. First, the Living Planet Report from the World Wildlife Fund (WWF), published last week, found that in half a century, human activity has decimated global wildlife populations by an average of 68 percent.

The study analyzed population sizes of 4,392 monitored species of mammals, fish, birds, reptiles, and amphibians from 1970 to 2016, reports Karin Brulliard for the Washington Post. It found that populations in Latin America and the Caribbean fared the worst, with a staggering 94 percent decline in population. All told, the drastic species decline tracked in this study “signal a fundamentally broken relationship between humans and the natural world,” the WWF notes in a release.

The WWF report singles out habitat destruction caused by humans as the main threat to the world’s biodiversity. For example, freshwater mammal, bird, amphibian and reptile populations have declined by an average of four percent each year since 1970.

“You begin to see a picture of an unraveling of nature. That is alarming—and I think alarming, even by our own measures of alarming,” WWF chief scientist Rebecca Shaw tells CNN’s Amy Woodyatt. “… We’re seeing very distinct declines in freshwater ecosystems, largely because of the way we dam rivers and also because of the use of freshwater resources for producing food to feed a growing population of people worldwide.”

Then, on Tuesday, the United Nations published its Global Biodiversity Outlook report, assessing the progress—or lack thereof—of the 196 countries who signed onto the Aichi Biodiversity Targets in 2010. This ten year plan outlined ambitious goals to staunch the collapse of biodiversity across the globe. Yet according to the U.N.’s report, the world has collectively failed to reach a single one of those goals in the last decade, reports Catrin Einhorn for the New York Times.

The U.N. report did contain bright spots. For instance, experts pointed to the efficacy of human-led conservation efforts, such as a program in Pakistan that protects snow leopards and a campaign to save the Japanese crested ibis from extinction, reports Matthew Green for Reuters. Without conservation efforts, the study estimates that the numbers of bird and mammal extinctions would have been twice as high during the last decade.

The countries also partially met some of the U.N. targets, including “preventing invasive species” and “conserving protected areas,” reports Jessie Yeung for CNN.

“The rate of biodiversity loss is unprecedented in human history and pressures are intensifying,” says Elizabeth Maruma Mrema, executive secretary of the Convention of Biological Diversity for the U.N., in a statement.

“Earth’s living systems as a whole are being compromised,” adds Mrema. “And the more humanity exploits nature in unsustainable ways and undermines its contributions to people, the more we undermine our own wellbeing, security and prosperity.”

Both the WWF and the U.N. cite the Covid-19 pandemic as an example of the threat posed to humans by a loss of global biodiversity. A previous U.N. report released in July found that as humans continue to disrupt ecosystems, the risk of zoonotic diseases that jump from animals to humans will increase.

Shaw tells the Post that despite the dire data, urgent action by the global community could still reverse the worst of biodiversity loss trends. In a study published in Nature last week, researchers used the WWF models to suggest ways to “bend the curve” of biodiversity decline, as Nathan Rott reports for NPR. These measures include increasing land conservation and overhauling global food production.

However, as Rott notes, the report indicates that the ever-growing population of humans has led to an “ecological imbalance,” where society requires more resources to survive than can be produced. According to their models, the researchers conclude: “The human enterprise currently demands 1.56 times more than the amount that Earth can regenerate.”

Information itself may be what ends the human race "We are literally changing the planet bit by bit, and…

By Natalie Thomas, Cassandra Garrison ARCTIC OCEAN (Reuters) - At the edge of the ice blanketing part of the…