Most female fashion models start their careers in their late teens and retire in their early 30’s, but 96-year-old Alice Pang is not your ordinary fashion model. She started modelling at 93, so you could say she’s still a beginner.

A resident of Hong Kong, Alice always liked dressing well and looking elegant, but never actually considered a career in modelling. But her granddaughter always thought she had it in her, so when she saw an online ad for senior models of 65, she sent in Alice’s pictures and she was chosen for a photo shoot. Never one to back away from a challenge, Pang decided to give it a shot and even though she knew noting about modelling, she had all the natural qualities to succeed at it. Today, she is recognized as one of the best senior models in Asia, as well as the oldest. 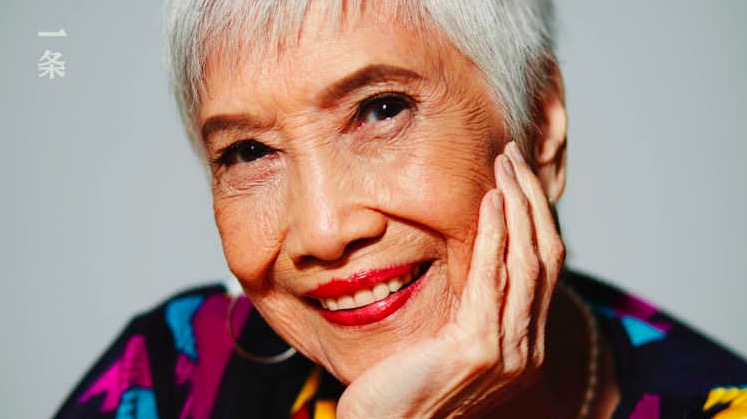 “My granddaughter saw they were hiring senior models over 65 years old and she sent my photos and it turned out they liked me,” Alice said in an interview with YiTiao. “I did not know how to model at first so my manager taught me a lot and those girls help me with my makeup. I gradually developed an interest in modeling and got better at it.”

“I entered the industry when I was 93 and this is my third year working as a model,” the nonagenarian added. “I’ve shot a few commercials, cosmetics, camera and trade development. It feels great to be admired.”

Born in 1923, Alice never dreamed she would one day be modelling for high-end fashion brands like Gucci, Ellery or Valentino, let alone at age 96. But her fair complexion and excellent posture – uncommon qualities for people her age – make her one of the most sought-after senior models in the business.

Surprisingly, Alice doesn’t credit exercise or a strict diet for her enviable figure and posture. Even though she agrees that exercise helps some people stay in good shape, she doesn’t even have a morning exercise routine, crediting her good genes instead. 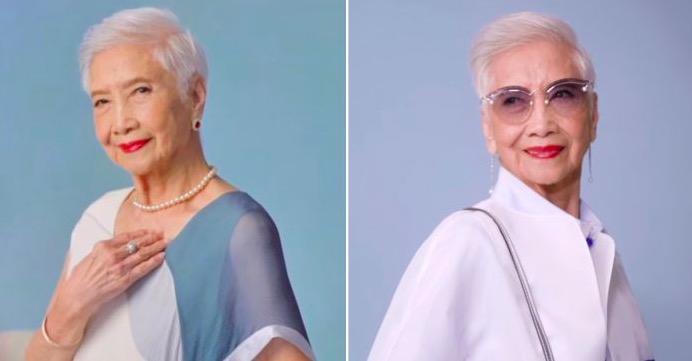 “My skin tone is ivory because I’m seldom exposed to the sun and I have straight back,” Alice said. “Exercise is definitely good for you and many would do morning exercise but I don’t do that. It’s just natural.”

While most people commend her for her active lifestyle and the courage to start a whole new career in her nineties, Alice pang is not without her critics, most of whom say that she should dress and act according to her age. She chooses to ignore them, though, saying that her personal happiness is all that counts.

We’ve featured elderly fashion models on Oddity Central in the past, including Naoya Kudo, an 84-year-old retired chemistry teacher from Japan, or China’s Hottest Grandpa, Wang Deshun (84), but Alice Pang is the oldest one we’ve ever written about. You’ll have a hard time finding a better example that it’s never too late to do anything in life.