Anatoli Bugorski, the Man Who Put His Head Inside a Particle Accelerator — and Survived

A particle accelerator is a machine that propels charged particles at nearly light speed. Invented in the 1930s, it's used to study all things particle physics and has led to discoveries of groundbreaking new particles like the Higgs boson. But enough about groundbreaking discoveries — what if you stuck your head in one? Perhaps the better question is why would you stick your head in one? Luckily, there are answers to both. Just ask Anatoli Bugorski, the guy who actually did it.

Don't Try This at Home

In the '70s, Russian scientist Anatoli Bugorski was a researcher at the Institute for High Energy Physics, working with the Soviet particle accelerator known as the Synchrotron U-70. On July 13, 1978, he popped his head into the Synchrotron to check on a malfunctioning piece of equipment when all of a sudden — zap! A safety mechanism went kaput at exactly the wrong moment, shooting a proton beam straight through his head. Although he felt no pain, Bugorski reportedly saw a flash "brighter than a thousand suns." The beam entered through the back of his head and exited through his nose. Soon after, the left side of his face swelled up like a balloon, and he was rushed to the hospital — to be treated, of course, but also to be studied, as nothing like this had ever happened before. People believed he'd be dead within a few days, at the most. 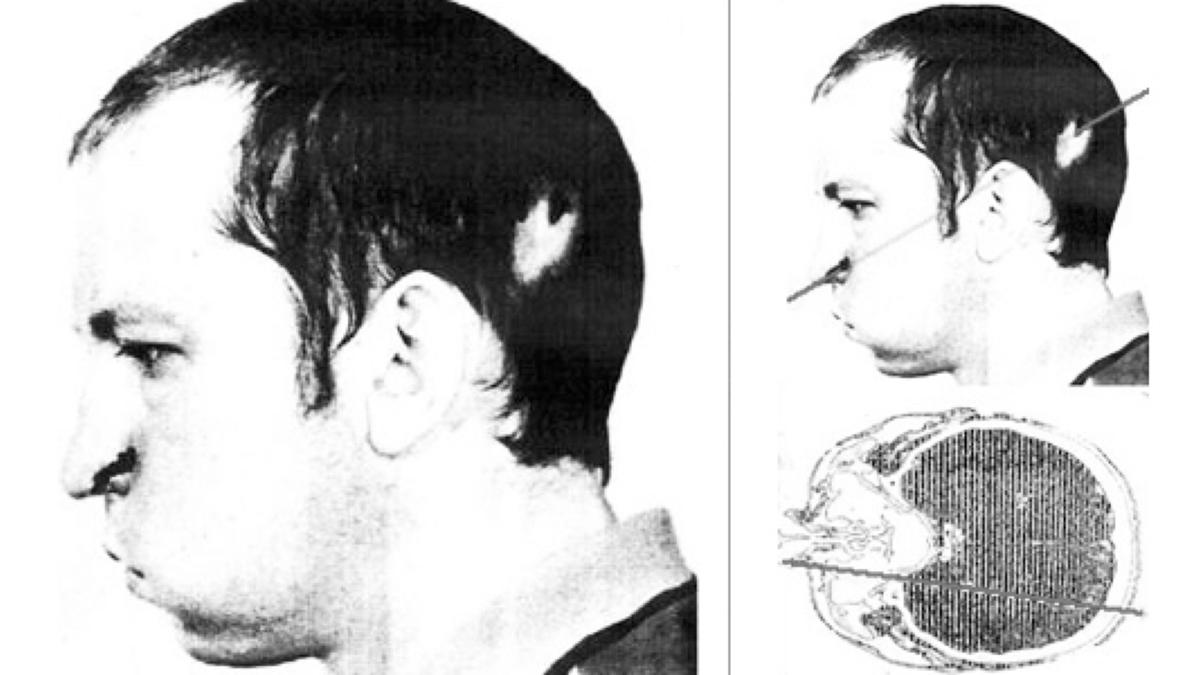 It makes sense that doctors expected the worst. The kind of energy Bugorski's skull absorbed from the proton beam's ionizing radiation is measured in "gray." As Gizmodo explains, the beam that struck Bugorski measured 2,000 gray when it entered his skull and about 3,000 gray when it exited. For reference, absorbing more than five grays at any time generally means death within 14 days. Because no one had ever experienced radiation in the form of a proton beam moving at about the speed of light, all bets were off.

Bugorski survived longer than just a few days. In fact, the dude is alive and pretty well in 2018 at 75 years old. The accelerator incident didn't leave him entirely unscathed, however; he's human, after all. The beam burned a path through his skull and brain tissue, and, for the next couple of days after the event, the spots on his head where the beam entered and exited experienced some skin peeling. Bugorski lost the hearing in his left ear and now experiences constant tinnitus. The left side of Bugorski's face gradually became paralyzed, making it look oddly frozen in time. (Who needs Botox?) He has also suffered at least six tonic-clonic (aka grand mal) seizures and also experiences absence (aka petit mal) seizures.

For someone who was considered a goner almost immediately after his accident, things could be much worse. Bugorski was even able to complete his doctorate following the incident. It's no superhero origin story, but it's impressive nonetheless.

When Working From Home Doesn’t Work IBM pioneered telecommuting. Now it wants people back in the office. JERRY…