10 Books to Read Before Watching the Movie

There’s an ongoing debate concerning whether it’s best to read the book before you see the movie. On the one hand, spoilers are almost unavoidable if you read the source material before seeing the film. On the other hand, reading the book can give viewers an understanding of the universe and characters that can enhance your appreciation of the story. Most of the time, movies are held to a certain commercially-tolerable running time (no matter how much you love the books, no one wants a six-hour film), which means a lot of good stuff is bound to get cut out or altered.

In fact, reading the book before the film has one other super-powered advantage: It allows you to form your own ideas on what the characters look and sound like, what the settings are like — what every aspect of the book is like. Then, when you see the film, you can decide which you like better. Seeing the film first often means those images and sounds get locked in, which limits the imagination that comes with reading a story for the first time.

With that in mind, here are ten books you absolutely have to read before watching their film adaptation.

"The Dark Tower," by Stephen King 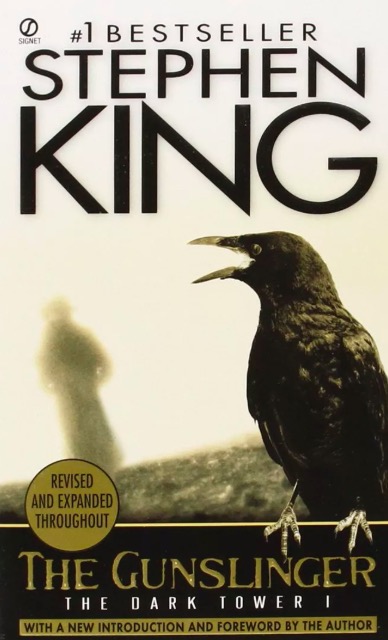 The Gunslinger, by Stephen King.

Stephen King’s passion project took a long time for him to write. It’s a massively epic fantasy set in a dying alternate world known as Mid-World; it (and our own universe) is protected by The Dark Tower, which is slowly failing. The last Gunslinger (a sort of knightly order in that world) is on a quest to reach the Dark Tower and find a way to save his world. The film, starring Idris Elba and Matthew McConaughey, isn’t an adaptation, it’s a sequel.

Or, not a sequel so much as a continuation. In the novels (spoiler alert), the hero, the Gunslinger Roland Deschain, discovers at the end that he’s been repeating this quest over and over again, more or less having the same experiences each time. At the end of the novel series, however, he changes a key detail as he goes back to begin again — which is where the film adaptation kicks off.

This means it’s even more important to read the novels, or you’ll not only miss out on a lot of back story and information, you also won’t be able to appreciate the twists and turns. 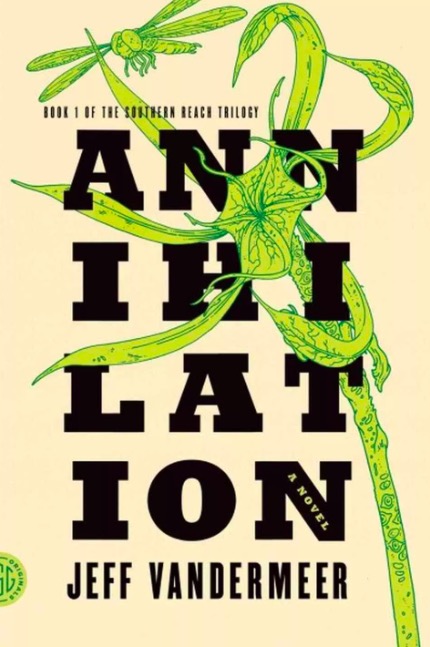 VanderMeer’s Southern Reach Trilogy ("Annihilation," "Authority," and "Acceptance") is one of the smartest and scariest sci-fi stories of recent years. The film sports some incredible talent: Alex Garland adapted the book and directs, and the film stars Natalie Portman, Jennifer Jason Leigh, Tessa Thompson, and Oscar Isaac. But it’s the ideas the story sets up that should excite you, and that’s why reading the book first is essential.

The film is based solely on the first book of the trilogy, which tells the story of a four-person team entering Area X, an environmental disaster site that’s been cut off from the rest of the world. Eleven teams have entered before them—including the husband of the biologist of the group—and disappeared. Some members of those expeditions returned mysteriously, and most died within weeks of aggressive cancers. Set almost entirely in the frightening and mysterious Area X, the first book is tense and twisting as the team dies one by one until only the biologist (the narrator of the story) remains. It’s a self-contained story, ideal for a film adaptation, but there’s so much going on you’ll enjoy the movie more if you’ve read at least "Annihilation" first.

"A Wrinkle In Time," by Madeleine L'Engle 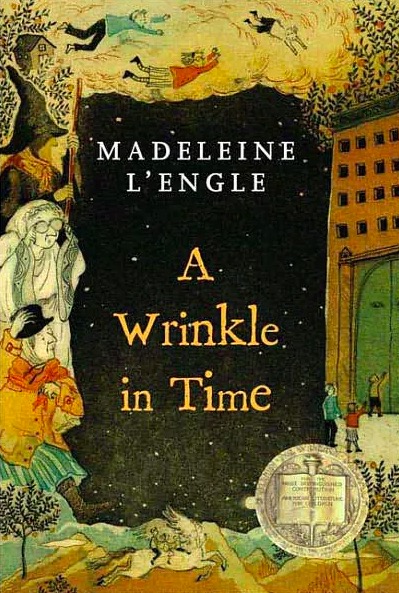 A Wrinkle in Time. Holtzbrinck Publishers

One of the great sci-fi classics of all-time, L’Engle’s book combines a smart grasp of the most complex issues in physics and other sciences and makes of them a fun romp through the universe as Meg and Charles Wallace Murry team up with a school friend, Calvin, and three immortal beings named Mrs. Whatsit, Mrs. Who, and Mrs. Which to track down the Murrys’ missing father and battle a force of evil attacking the universe known as the Black Thing.

Put simply, there’s a reason this book has been continuously in print since 1963, spawned four sequels, and inspired countless discussions. There was a film adaptation in 2003, but it was critically panned and L’Engle herself wasn’t very pleased with the result. The more recent, Ava DuVernay-directed adaptation, on the other hand, received critical acclaim, as did its stars Oprah Winfrey, Reese Witherspoon, and Chris Pine. Part of the fun, though, is falling in love with the universe L’Engle has created and then seeing those characters come to life, so you should read the book first.

"Ready Player One," by Ernest Cline 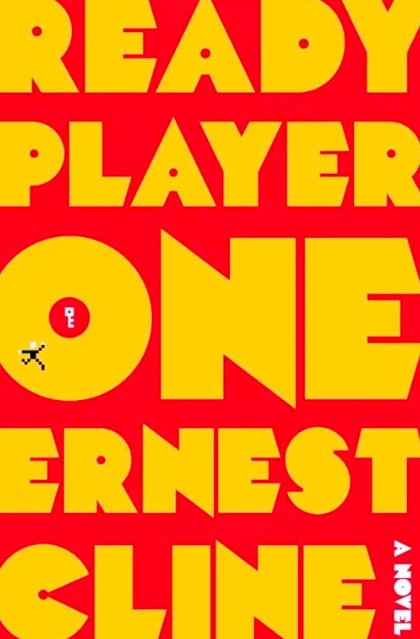 Ready Player One, by Ernest Cline.

This story of a fractured future in the midst of environmental and economic collapse where the most stable currency and societal structure is in a virtual world known as OASIS. Part role-playing game, part immersive experience, players use equipment like VR goggles and haptic gloves to enter this virtual world. The inventor of OASIS left instructions in his will that any one who could locate an “easter egg” he coded into the virtual reality would inherit his fortune and control over OASIS. When a teenager discovers the first of three clues to the location of the easter egg, a tense game begins.

The story is absolutely brimming with pop culture and nerdy references, with just about every single clue, challenge, and plot point a cross-reference to a book, film, or song. On top of that, the story is a twisty mystery that offers up more than one surprising development, so reading this one before the film is a requirement.

"Murder on the Orient Express," by Agatha Christie 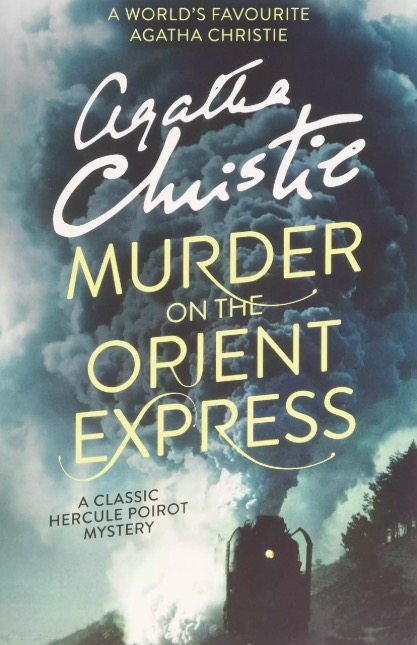 Murder on the Orient Express, by Agatha Christie.

Arguably Agatha Christie’s most famous mystery, "Murder on the Orient Express" remains one of the most clever and surprisingly resolutions to a murder eight decades after publication. In fact, there’s a possibility you already know how it ends even if you’ve never read the book—the twist is that famous.

If you’re going to judge whether the adaptation serves up adequate suspense, you’ll need to have a clear sense of the source material. Plus, Christie's writing is so engaging that you should give yourself the pleasure of experiencing the story for the first time through her original words.

"The Nightingale," by Kristin Hannah 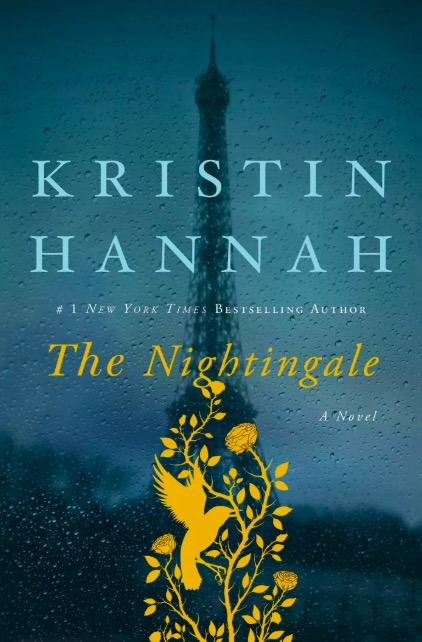 The Nightingale by Kristin Hannah.

The powerful, emotionally potent story of two sisters resisting the Nazi occupation of France in very different ways is one of the great novels of recent years. Now set for a 2019 release date, The Nightingale is likely to be an outstanding adaptation, the book offers plenty of back story that’s well worth absorbing before you see the story on the big screen.

"The Hate U Give," by Angie Thomas 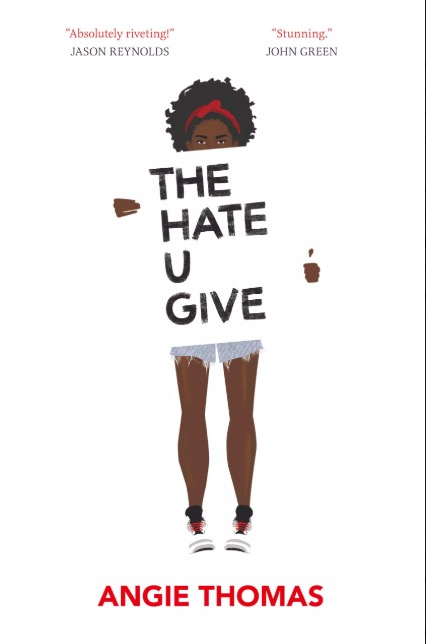 The Hate U Give, by Angie Thomas.

The film adaptation of this smash-hit YA novel, directed by George Tillman Jr. and starring Amandla Stenberg, was met with widespread positive reviews. The novel, however, is a must-read. With its powerful story of a young woman straddling her poor neighborhood and the fancy prep school she attends, who witnesses white police officers shooting her unarmed childhood friend, "The Hate U Give" is more than timely. It’s one of those rare books that combines artistry with smart social commentary. In other words, it’s destined to be one of those books that gets taught in schools to generations to come, so the film version is superfluous to the conversation — just read it. 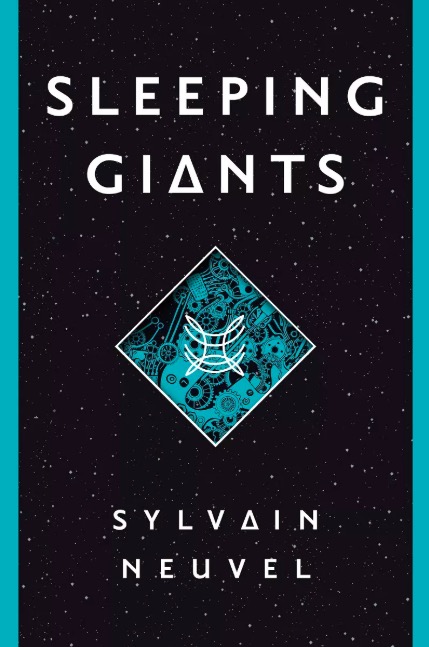 This novel was self-published online after Neuvel received more than 50 rejections from literary agents and publishers. The book caught a rave review from Kirkus Reviews, and took off, getting a nice publishing contract and selling film rights to Sony.

The story kicks off when a young girl falls through a hole in the ground and discovers a giant hand (literally, the hand of a huge robot). This kicks off a worldwide effort to investigate the hand and locate the rest of the giant, leading to the big question: Will the end result be an incredible discovery leading mankind forward, or turn out to be a deadly weapon that destroys us all? Either way, you'll want to be in on this when the movie is eventually released, so read it now. 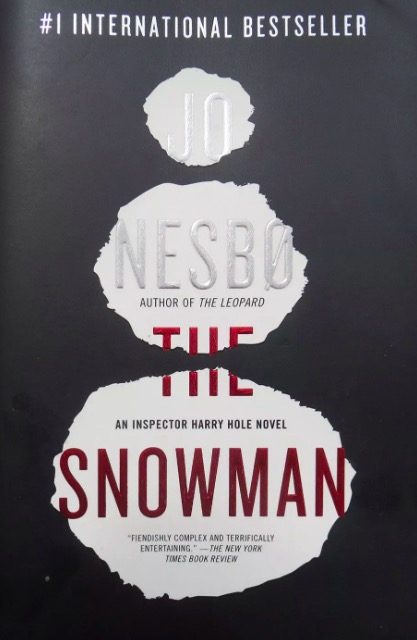 The Snowman, by Joe Nesbo.

"The Snowman" isn’t the first novel about detective Harry Hole, but it’s one of the best, exemplifying Nesbø’s deep-dive approach to character, bleak view of the human condition, and unflinching look at the violence of the modern day.

Reading the book first might seem like inviting spoilers, but in truth you’ll get to know the character better — and character is what this series of gritty noir mysteries is all about.

"Valerian and the City of a Thousand Planets," by Perre Christin 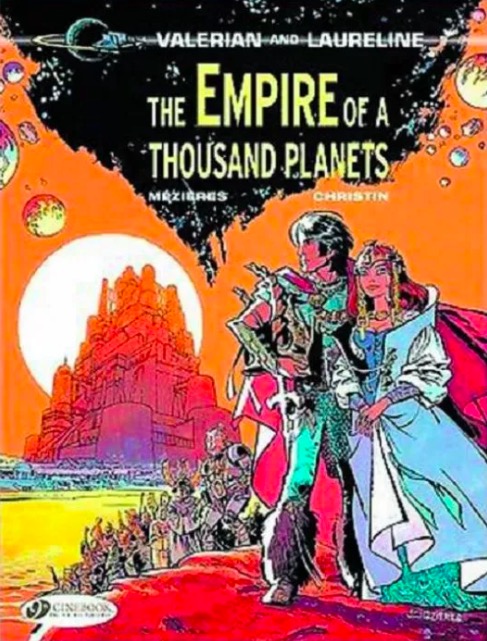 Valerian and Laureline, by Perre Christin.

This movie, starring Dane DeHaan and Cara Delevingne, is based on a long-running French comic called "Valérian and Laureline" that published between 1967 and 2010. There is a lot of material here, and if the films of Luc Besson have taught us anything it’s that he likes to cram a lot of visuals and details into his work. In other words, if you want to have a leg up on the sprawling sci-fi universe this movie takes place in, read the source material before watching the film.

Go to the Source

Movies are great fun, but they’re usually a shallow and superficial take on literature. The ten upcoming movies on this list will no doubt be excellent—but reading the books they’re based on will just enhance the experience.