A FUNGUS COULD WIPE OUT THE BANANA FOREVER 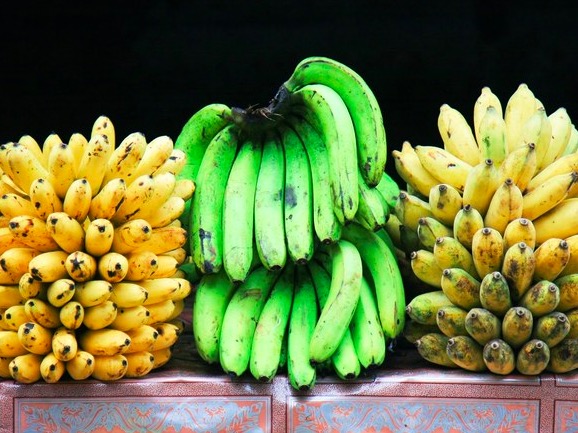 The banana—or at least the fruit as we know it—is facing an existential crisis. A deadly fungus that has decimated banana plantations in southeast Asia for 30 years has finally done what scientists have long been fearing, and made its way to Latin America—the heart of the global banana export market.

On August 8 the Colombian Agricultural Institute announced that it had confirmed that the fungus—a strain of Fusarium oxysporum called Tropical Race 4 (TR4)—had been found in plantations in the north of the country. The country declared a national state of emergency, destroying crops and quarantining plantations in an attempt to avert the spread of the fungus.

But Latin America has been in this situation before. Until the 1950s, the most commonly exported banana variety was the Gros Michel, which was almost totally wiped out by a different strain of the Fusarium fungus. The modern export banana—the Cavendish—took Gros Michel’s place because it was resistant to that early Fusarium strain. Now 99 percent of all exported bananas are Cavendish—with almost all of them grown in Latin America.

“What we’re having is an almost apocalyptic scenario where we’ll probably lose Cavendish as well,” says Sarah Gurr, Exeter University’s chair in food security. Initially discovered in Taiwan in 1989, TR4 is rife throughout southeast Asia and has since been found in Lebanon, Israel, India, and Australia. But until now, Latin America had avoided the pathogen altogether.

“Once it’s in a country it’s very hard to get rid of it,” says Dan Bebber, a senior lecturer in biosciences also at Exeter University. TR4 lives in the soil and can be transmitted on unclean tires or boots, or spread from banana plants when they are replanted in different farms. Once present in soil, it can stay dormant for years before infecting banana plants through their roots, spreading to the water- and nutrient-conducting tissue and starving them of nourishment.

Now that it’s in Latin America—and is likely more widespread than is currently understood—it’s a matter of controlling the spread of the fungus, says Bebber. Making sure any plantation employees or visitors disinfect boots and tires before entering or leaving the site helps, as will trying to maintain the health of the soil, but no countries have managed to successfully contain TR4. In 1997, TR4 was detected in Australia’s Northern Territory, but vigorous quarantine efforts couldn’t prevent the pathogen from spreading to north Queensland in 2015.

“We would expect a pretty rapid spread [in Latin America]” says Bebber. In the extremely low-margin banana industry, relatively little funding is directed toward research into new banana varieties that might be resistant to the disease. Over the past decade, the price of bananas in the UK has stayed steady at £0.94 ($1.13) per kilogram. In the same time period, the price of apples went from £1.51 ($1.82) to £2.08 ($2.51) per kilogram—an increase of nearly 40 percent.

This relentless demand for extremely cheap fruit produced thousands of miles away has driven the industry to concentrate on only a single banana crop, as that allows for more standardized, and thus cheaper, farming and transportation. But growing only a single variety of banana has serious drawbacks. “Monocultures are divine feeding grounds for pathogens,” says Gurr. When a pathogen arrives that infects a certain variety, such as the Cavendish, there is no reprieve in sight.

While things in Latin America look dire, there is a little hope on the horizon. Work is already underway to use Crispr gene-editing to create Cavendish bananas that are resistant to TR4. In 2018, the plant biologist James Dale demonstrated that it’s possible to modify the Cavendish genome using Crispr, and in Norwich a firm called Tropic Biosciences is also experimenting with using Crispr to engineer resistant bananas.

It also might be possible to cross-breed other banana varieties in the hope of creating offspring that are TR4-resistant and tasty enough to sell to consumers. All of these efforts are still a while away from showing promising results, however, and in July 2018 the European Court of Justice threw the future of gene-edited bananas into doubt after clarifying that Crispr-edited crops would not be exempt from regulations that limit the sale of genetically modified organisms.

Until a solution appears, the only option facing Latin America is to weather the TR4 crisis. But, as Bebber notes, TR4 isn’t the only challenge facing the banana industry. A devastating and costly fungal leaf disease called Black Sigatoka is also rife in Latin America, and climate change risks drying out plantations, making it difficult for the plants to grow.

For an industry that has barely subsisted on razor-thin margins, one more challenge might be enough to push it into decline. Instead of searching for a Cavendish replacement, the only long-term solution might be to admit that growing one crop at such a huge scale just isn’t sustainable. “A lot of people are saying that rethinking the whole production system is really what we need to be doing,” says Bebber. “With this kind of production system, you’re asking for trouble.”

10 Books to Read Before Watching the Movie by Jeffrey Somers Updated October 05, 2018 There’s an ongoing…