AFTER mega storms and relentless bush fires devastated Australia's wildlife killing more than 25 people, many around the globe are wandering what the next catastrophe could be.

From the Australian bush fires to an erupting volcano in the Philippines, some believe that natural disasters are becoming more common. 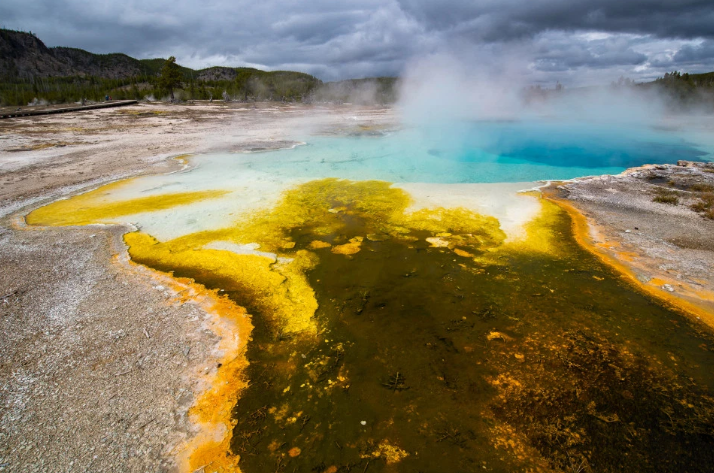 A supervolcano way past its eruption date sits beneath the tranquil Yellowstone National ParkCredit: Getty - Contributor

Many of the incidents happen in tourist hotspots causing major disruption, such as the flooding in Venice which overwhelmed the Italian city this summer.

Here are some of the most catastrophic mega disasters that could hit us next...

The eruption of the Yellowstone supervolcano

The Yellowstone National Park in Wyoming sits on top of a supervolcano that is 44 miles wide.

The park has experienced three supervolcanic eruptions in the ancient past with the most recent explosion happening 640,000 years ago.

Just last year Dr Jerzy Zaba, a geologist at the University of Silesia in Katowice, Poland, predicted an eruption that would destroy most of the United States and could kill five billion people around the world.

The supervolcano is still active and could blow at any time.

The Lake Toba supervolcano on the Indonesian island of Sumatra 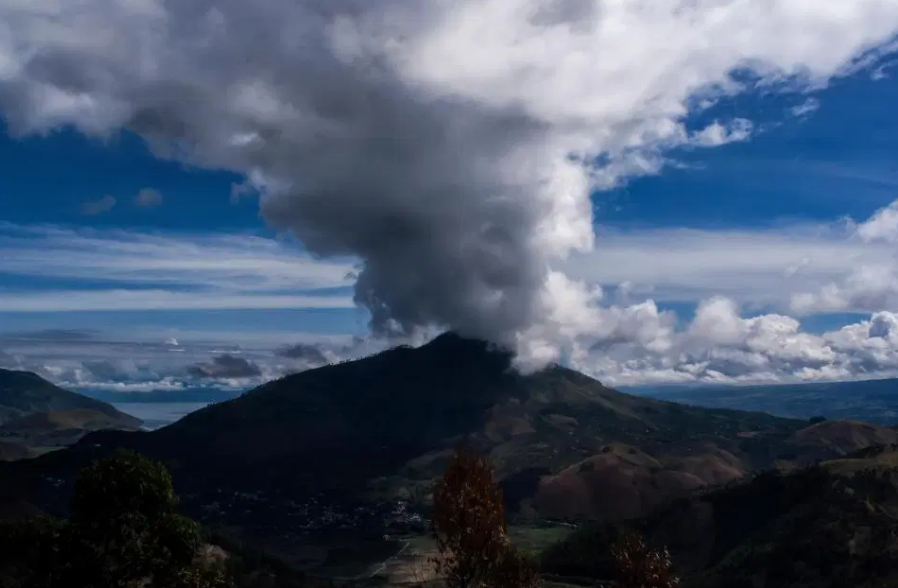 Lake Toba occupies the volcanic crater belonging to a supervolcano in the Indonesian island of SumateraCredit: Alamy

Indonesia is no stranger to volcanic eruptions with Mount Merapi exploding in 2018.

A bigger threat to countries of Southeast Asia could be The Lake Toba Supervolcano, also known as the "forgotten volcano".

The volcanic lake sits on top of a huge volcanic crater which is still considered to be in a stage of "resurgence".

As the volcano lies in an island country, any major eruption could potentially cause a mega-tsunami. 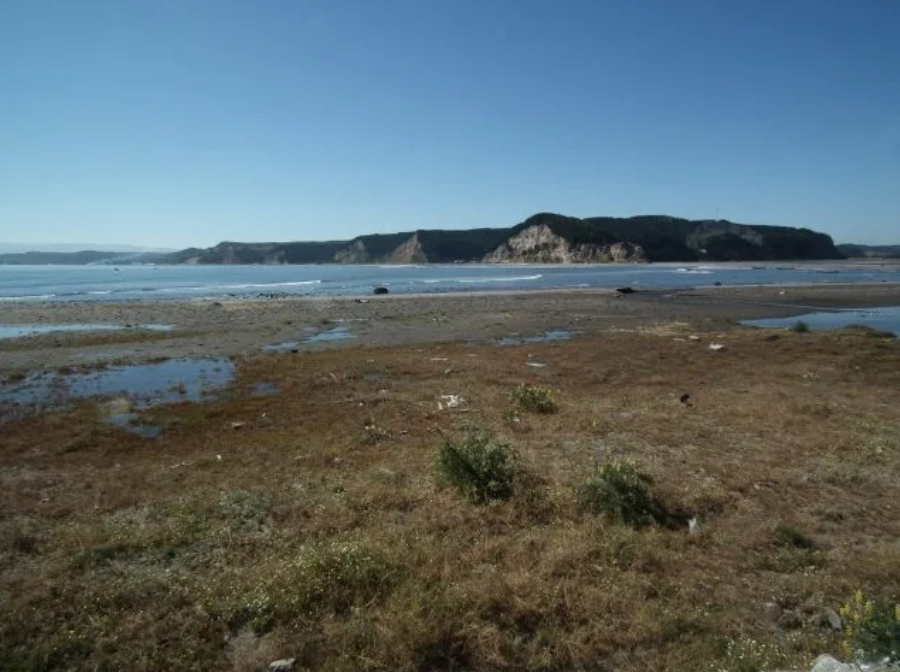 The Hilina Slump could have a domino affect of creating landslides that lead to tsunamisCredit: Wikipedia

On the south slope of Hawaii's Big Island lies the infamous Hilina Slump, where occasionally a landslide creates terrifying tsunamis.

According to The Independent, "there is evidence that a similar collapse at nearby Mauna Loa around 120,000 years ago generated a tsunami with a run-up height of over 400 metres.

"Even as recently as 1975, movement of the Hilina Slump generated a smaller, yet destructive tsunami that reached California." 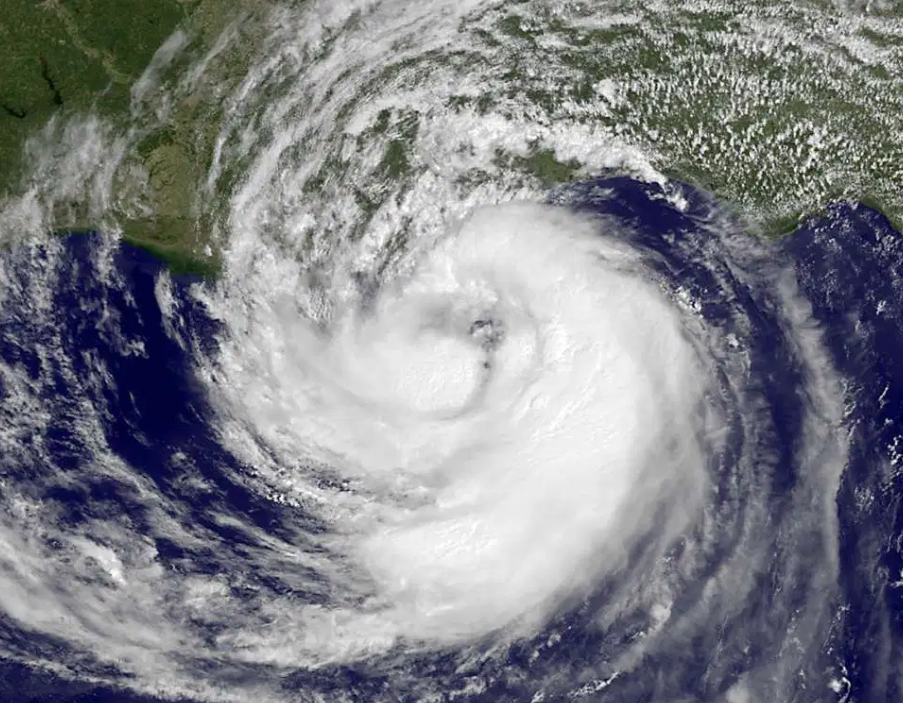 Satellite images of Hurricane Isaac over the Gulf of Mexico in 2012.Credit: handout

Hurricane Isaac caused 50,000 people to flee their homes in the summer of 2012 as it spiralled from Haiti towards America's Gulf coast.

Hurricane Katrina, the single most catastrophic natural disaster in US history, was also a category 5 hurricane.

It was the most powerful Atlantic hurricane ever recorded with sustained winds over 185mph and gusts of 220 mph.

Climate change is expected to cause a rise in the monster storms.

Once a phenomenon that happened only so often, they now occur almost every year, with worsening consequences.

The Big One in California, Oregon and Washington 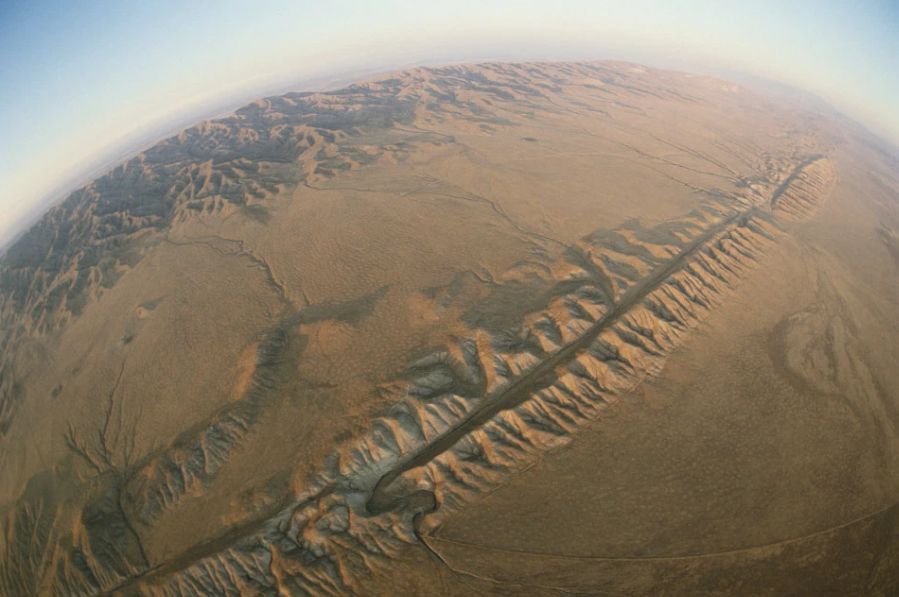 The San Andreas Fault has caused havoc and devastation in the past and it's predicted to do so again.

The fault which extends through California is divided into three segments, each with its own characteristics and degree of earthquake risks.

According to the United States Geological Survey, there is an increased probability of the likelihood of a magnitude 8.0 or larger earthquake hitting California within the next few decades.

With massive population increases in the states likely to be impacted by an earthquake, the consequences of shifting tectonic plates of The San Andreas Fault could be cataclysmic. 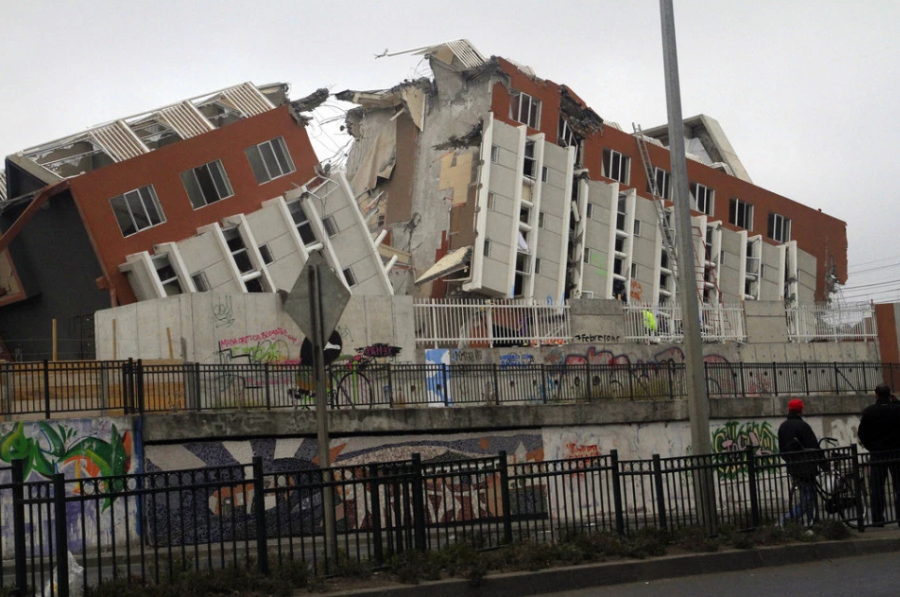 The 2010 earthquake in Chile caused major disruption throughout the countryCredit: Wikipedia

Chile on the west coast of South America could be another major earthquake disaster waiting to happen.

According to the volcanologist website Temblor, "it is clear to many of us that the Coquimbo region [in central Chile] has an unusual, increasing seismicity that may be preparing the area for a very large earthquake near the end of the present century".

Scientists also predict the Megathrust could be accompanied by a devastating tsunami. 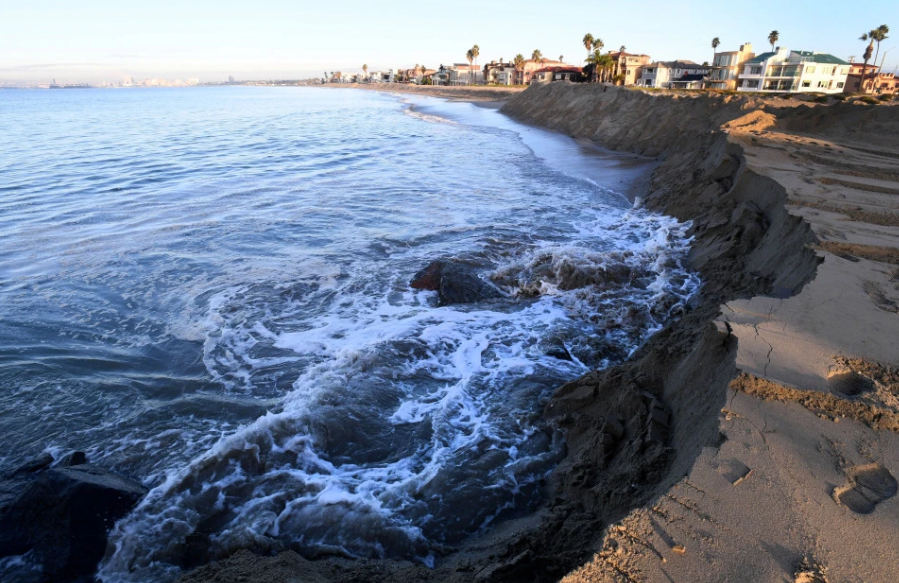 Waves from the king tide crashing against the sand in Long Beach, New York this monthCredit: Getty Images - Getty

According to a recent climate study, rising sea levels could eject 300million people from their homes by 2100.

Climate Central, a non-profit research group based in the US predicted that by the end of the 21st century, coastlines across the globe will be rendered unrecognisable by rising sea levels.

Major population areas affected by this direct result of climate change are the East and West Coasts of America, China, Thailand and almost the entire country of Vietnam.

The Maldives, an island nation in the Arabian Sea are also under serious threat as the country comprised of low lying islands is predicted to disappear entirely by 2100. 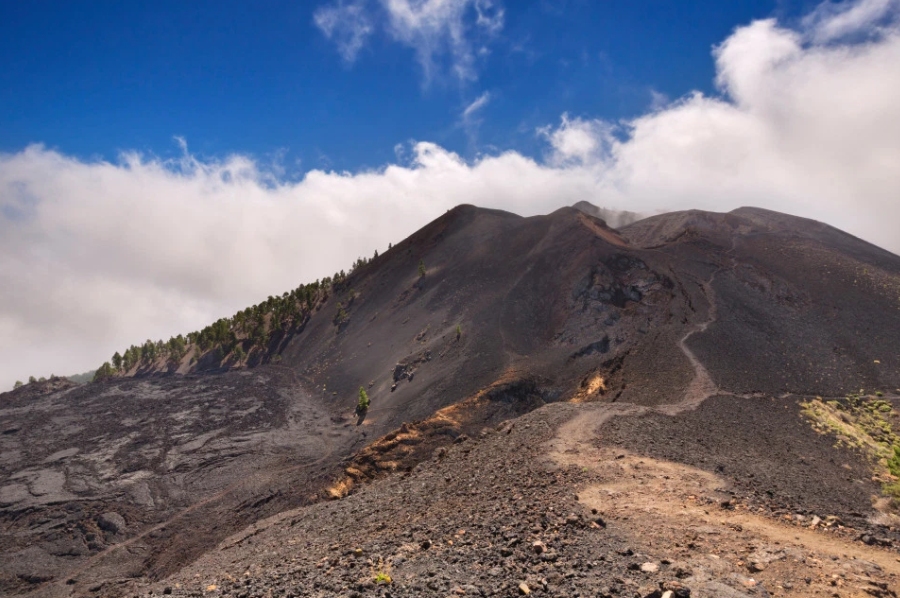 The volcanic landscape along the route of the volcanoes in La Palma, Spain.Credit: Getty Images - Getty

The Cumbre Vieja volcano in the island of La Palma in the Canaries archipelago is "unstable", according to the BBC.

Dr Simon Day, of the Benfield Greig Hazard Research Centre at University College London, UK, believes one flank of the volcano could plunge into the ocean.

This is expected to cause a mega tsunami which would have a detrimental effect on the Caribbean. 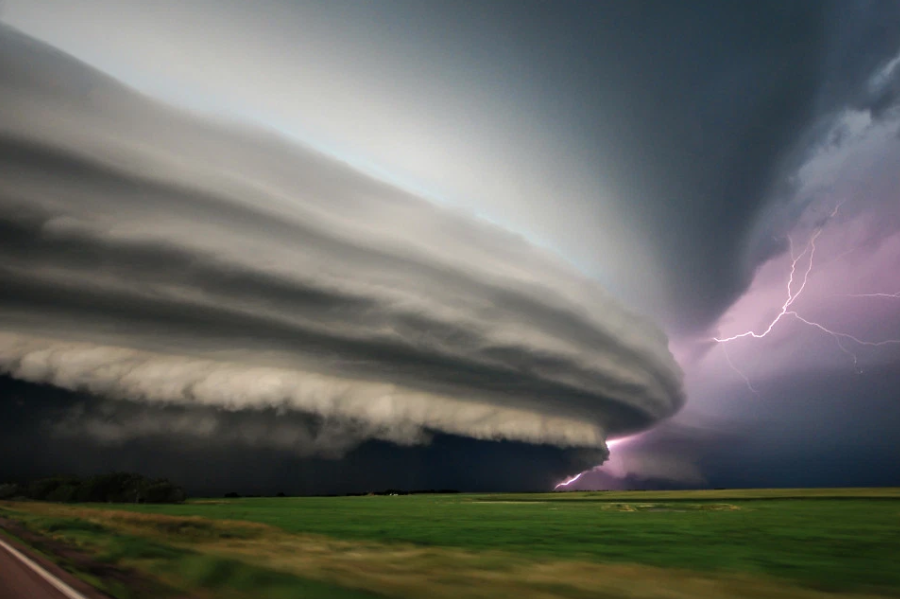 A solar storm could causes trillions worth of damageCredit: Getty Images - Getty

In 2012 Earth narrowly missed being hit by the most powerful solar storm in more than 150 years.

Daniel Baker of the University of Colorado told NASA that the July 2012 storm was as strong as the last major incident in 1859.

A similar storm would be catastrophic, wiping out the internet and nearly all communications and could cause trillions in damages. 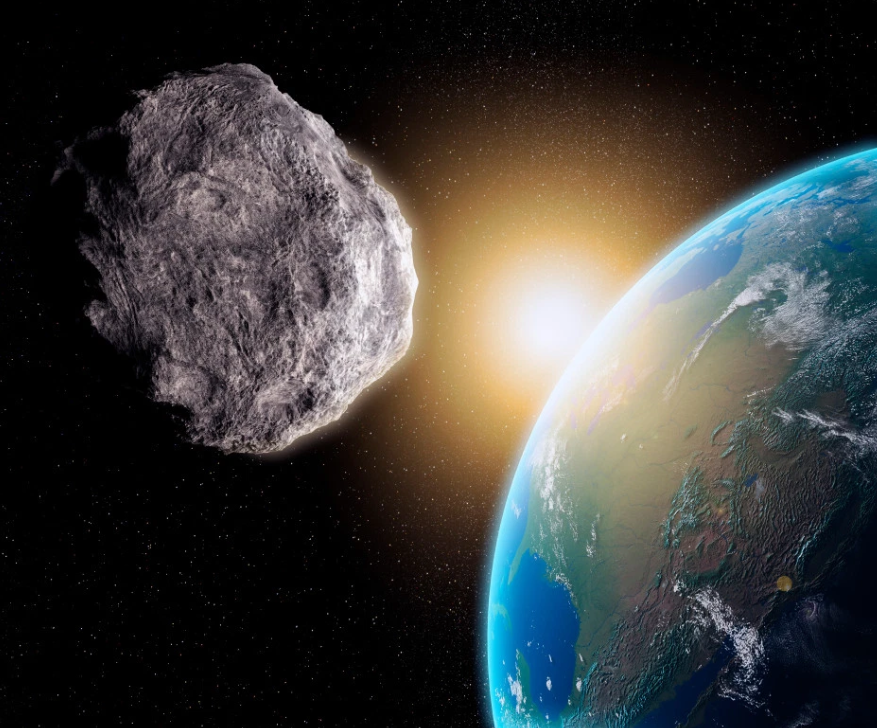 An asteroid travelling at the speed of 30,000mph could destroy Eath in the futureCredit: Getty - Contributor

Many scientists attribute the extinction of the dinosaurs to an asteroid striking the earth.

According to How Stuff Works, “In 2028, the asteroid 1997XF11 will come extremely close to Earth but will miss the planet.

"If something were to change and it did hit Earth, what you would have is a mile-wide asteroid striking the planet’s surface at about 30,000 mph.

"An asteroid that big traveling at that speed has the energy roughly equal to a 1 million megaton bomb.

"It’s very likely that an asteroid like this would wipe out most of the life on the planet.” 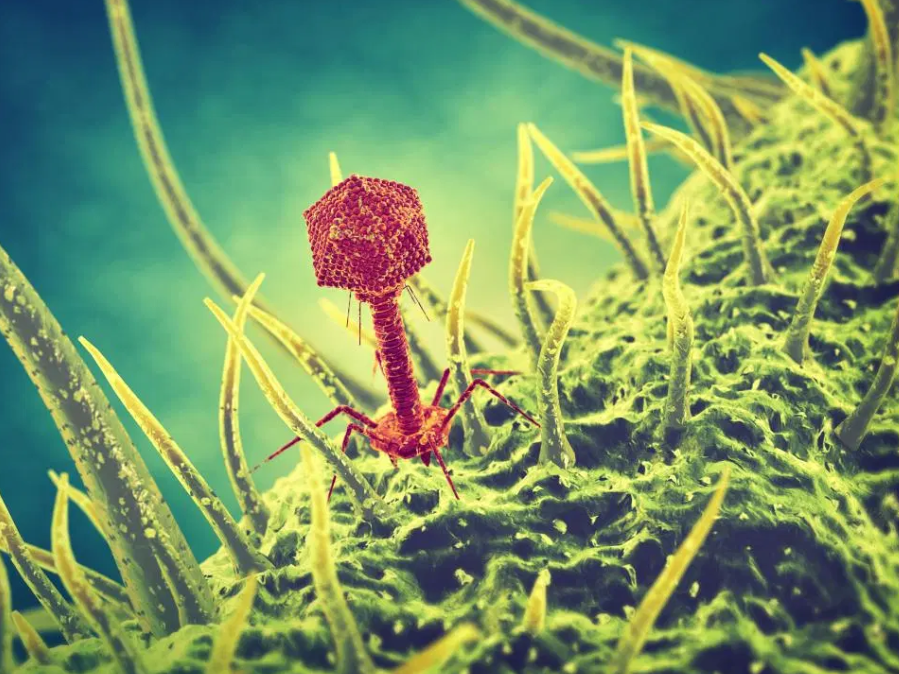 Modern life and international airports mean infectious diseases spread much quicker than they did in the pastCredit: Alamy

The Ebola epidemic of 2014 wiped out as many as 12,000 people and spread to several continents within months.

This week the Coronavirus that originated in China has already spread to Japan and Thailand.

In the modern age, globalisation and airplanes means that diseases spread much more quickly.

It could only be a matter of time before one breaks through and causes worldwide devastation.

Have You Ever Heard These 25 Obscure English Words? Written by Reuben Westmaas There's something so satisfying about pulling…

What's the Best Way to Sleep on a Flight? By Josh Ocampo Photo: Volkova Natalia (Shutterstock) Over for the…