What's the Best Way to Sleep on a Flight? 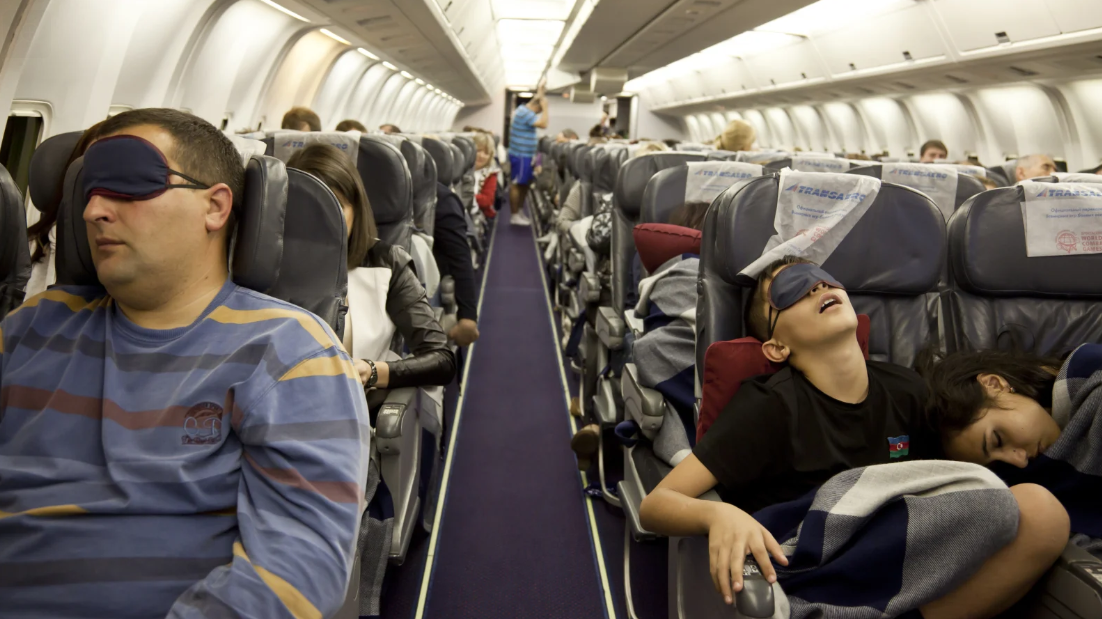 Over for the Washington Post, writer Natalie B. Compton described, in detail, why exactly sleeping on flights is so damn difficult. Perhaps it’s being surrounded by sneezing, coughing, and otherwise restless passengers around you that makes it hard to sleep soundly. Or, as Compton writes, it’s just the harsh environment of the airplane itself. “The only thing more disruptive than those strangers may be the deafening plane noises and overhead lighting, seemingly designed to combat any attempt at slumber,” she says.

Beyond the noise and lighting, however, airplane seats deserve much of the blame, too. They’re cramped, uncomfortable, and rarely recline beyond a few inches (unless you’re lucky and seated in first or business class)—the best you can do is sleep in a semi-upright position and hope that your limbs don’t inch their way into other passengers’ personal space.

To make the point that an airplane is a terrible place to get shuteye, WaPo asked readers to submit their preferred sleeping positions—and revealed some of the best and worst answers in a series of illustrations with accompanying descriptions. Frankly, we don’t know how some people do it. Some positions look terrible for your back. Others might get you kicked off a flight.

Here are a few of the responses, as WaPo writes:

We can’t help but question several of these responses. While there is no single, “correct” position, the Power Stance is aggressive—no one wants your feet at their side. And the Flipped Script doesn’t take into account just how tiny seats are, to begin with; it’d be impossible to fit your entire body, legs included, in your seat.

I, for one, prefer to keep it simple, with my arms crossed, head reclined, and a blanket and pillow buried behind me (mainly because the seats are just too uncomfortable for my lower back). Meanwhile, Virginia, our managing editor, is a firm believer in adopting several different sleeping positions, depending on the seat. “I’m a fitful sleeper,” she told me.

So, to our readers, we ask: What is your preferred sleeping position on a flight? And who, in your opinion, is the worst kind of sleeper on a flight?

Do Lobsters Feel Pain? In Switzerland, it's illegal to boil a lobster alive by Anne Marie Helmenstine, Ph.D.…