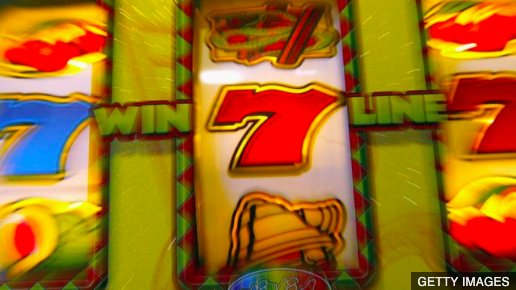 The National Problem Gambling Clinic will help people aged between 13 and 25.

So what is it about gambling that makes it so addictive? And what can we do about it?

To answer those questions you've got to go back to when humans were simple hunter-gatherers and our only job was to survive.

"In simplistic terms our brains are designed in such a way that they seek rewards," explains Dr Cyrus Abbasian, an addiction specialist at Nightingale Hospital in London. 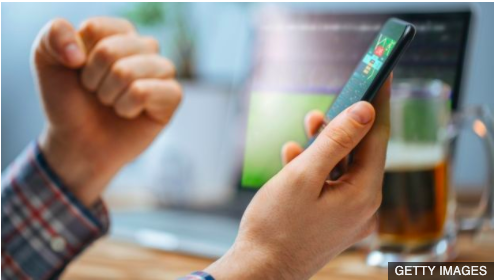 That reward, he says, comes in the form of dopamine - a chemical in the brain that makes us feel good.

"Back in the day we'd get a big emotional reward for killing an animal, bringing it back and foraging enough food for our families."

But with addictive things - whether it's alcohol, drugs or gambling - Dr Abbasian says that reward system is hijacked.

"Now we live in very artificial environments. We're not designed to drive cars and get around in planes and trains.

"And a lot of companies - alcohol, tobacco, gambling, gaming - are making the most of that."

So when we gamble - and win - our brains give us a basic emotional reward.

A lot of people will be able to get that dopamine buzz and move on with their lives. But not everyone.

"When people get addicted it reaches a stage whereby normal activities are no longer rewarding and the individual then just gambles for that buzz, that happiness, that release that most of us get naturally through everyday life."

And because it's partly down to how our brains function, addictive behaviour can run in the family.

"There is definitely a genetic contribution to it. Some people are genetically predisposed to prefer immediate rewards."

'It's a deliberate ploy'

James Grimes, who's 29 and spent a decade addicted to gambling, says he can relate completely to Dr Abbasian's explanation.

"I see it as an out of body experience at times, so all rationale, logic and good decision making was completely bypassed.

"You were lost in what at the time felt like an amazing rush of energy, light and action.

"The losses never feel as bad as the wins do good and I believe it's a deliberate ploy by the betting companies and the online casinos.

"They know this psychology exists and that's how they target vulnerable people."

The Gambling Commission, which regulates the industry, said it is essential people have easy access to support and treatment.

By Alfredo Carpineti The Covid-19 pandemic has so far infected over 4.8 million people and killed over 319,…

Why celebrities earn so much money — and what it says about our society By Siobhan Hegarty Jay Z, Kylie…