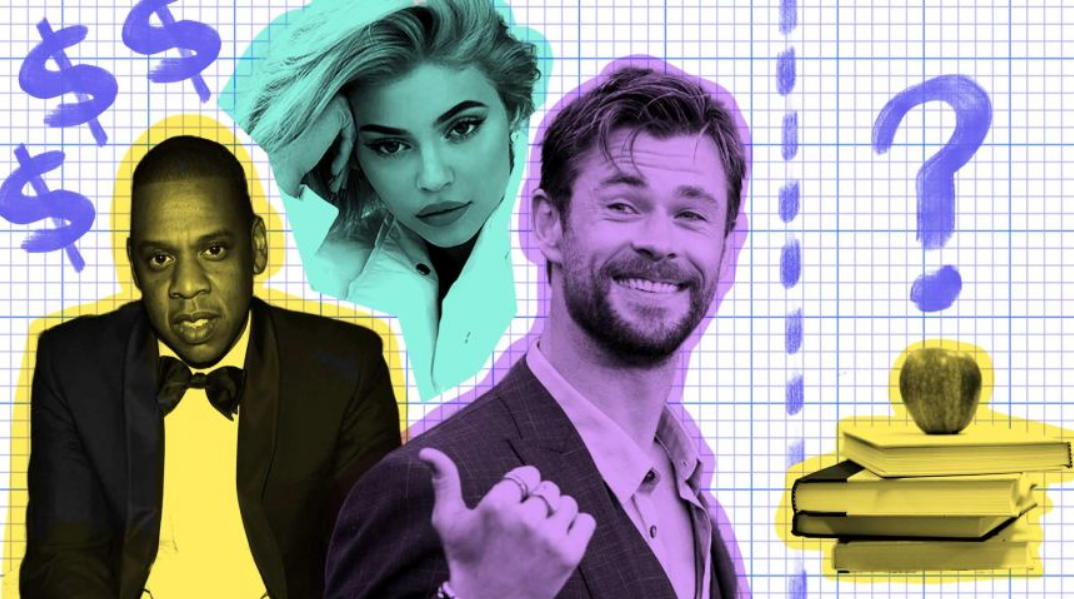 Thanks to business magazines like Forbes, we're all privy to the monetary minutiae of the rich and famous.

There's nothing wrong with money, per se. Microsoft founder Bill Gates and his wife Melinda have donated $36 billion to charitable causes, Leonardo DiCaprio set up a foundation 20 years ago to tackle environmental issues, and even Kim Kardashian has used her reality TV clout to call for criminal justice reform.

But articles about celebrities' net worth tend to equate wealth with savvy and success.

Unlike previous generations, we know exactly how the other half live, so it's only natural that aspirations around money and fame infiltrate our psyche.

If we glorify the wealthy, what does that say about those of us working full-time jobs for five-figure salaries? Are we less deserving or simply not 'worth' as much? And is there a way to track our value to society that isn't monetary?

This week in our series It's Complicated, we're tackling the ethics of affluence and inequality. We've chatted with philosophers and a feminist theorist to figure out:

We're not saying that the top athletes, actors and performers don't deserve their multi-million-dollar pay cheques — most are incredibly talented and diligent.

But let's not forget that childcare workers, teachers, nurses — and plenty of other workers — also bring skills and strong work ethics to their respective fields. And they contribute to the public good. Unfortunately, their modest incomes generally don't reflect that.

Why are some jobs more 'valuable'?

According to Kate Phelan, a lecturer in the School of Global, Urban and Social studies at RMIT, there are two main factors affecting how much a job is "valued" and, therefore, paid:

"And so … teachers can't threaten to go elsewhere and ask for more in light of that."

Sports stars and celebrities are idolised for their talents and, oftentimes, their looks, so it makes sense that brands are keen to profit off their cachet through job contracts and endorsement deals. That makes their monetary value far higher than the average teacher or nurse.

But according to Luara Ferracioli, a lecturer in political philosophy at the University of Sydney, some well-paid careers — like acting and modelling — come with a trade-off, particularly for women.

Sexist stereotypes don't just exist in Hollywood and the fashion industry. They can be found in our mainstream workforce, too, explains Ms Phelan.

She says feminists believe it's no coincidence that lower paid jobs, like nursing, teaching and early childhood education, tend to be the ones that are dominated by women.

Of course, the idea that women are inherently awesome at caring for others is, thankfully, outdated. But the accompanying belief that because women are born-nurturers we don't need to pay them (or pay them well) has endured.

"Feminists think, in deciding how much to pay people, we're smuggling in beliefs about how intellectually demanding those jobs are, how hard they are, and our ideas about what 'hard' is," says Ms Phelan.

If current salaries are anything to go by, teaching children or looking after the elderly must be an absolute cinch.

"If you make it into those professions you receive a huge financial reward, but part of what you're being rewarded for is your looks, and that's the result of a sexist society that places too much value on how women look," she says.

Angie Hobbs, professor of the public understanding of philosophy at the University of Sheffield, says our contemporary attitudes towards who deserves what pose serious moral concerns.

"[The philosopher] Plato said not only is it bad to value fame for fame's sake — rather than fame for the sake of virtue or some positive contribution to society — but the very worst thing is to confuse success with material wealth," she notes.

"The danger is that footballers and film stars and so on, because of their massive salaries, will simply, maybe unconsciously, feel that they are 'worth' more, not just in material terms, but in terms of moral value or contribution to society," Professor Hobbs says.

"And other people in society, who aren't the footballers, will also think, 'That's OK' and continue to buy the magazines and sort of condone and go along with this system."

Professor Hobbs warns that lower-paid professionals, like teachers, nurses and social care workers, may subscribe to these limiting beliefs, too.

"There is the danger that inside, logically, they're going to end up feeling inferior because they have less money, and because we have confused money with success and worth," she says.

Society suffers when people are underpaid

There are real-world consequences from this type of thinking.

In Australia, childcare workers are paid an award wage of $21.29, half the national average wage.

"We fail childcare workers by not paying them a decent wage, but we also fail children because they would benefit if we took the profession more seriously," she explains.

"More young people would be attracted to the profession, so there'd be more competition, they would require more training.

"The first five years of life are so important; the brain is developing in such a high speed and children are learning so much. These workers can play an important role in their moral education, in the development of important social skills and excitement about learning."

Why you mightn't deserve as much money as you think

For Dr Ferracioli there's another fundamental flaw in our current economic system: it's unfair for some people to reap profits and others to scrape by because, ultimately, every role matters.

"It's very naive to think that when you perform well in your profession it's all due to your hard work," she says.

"A surgeon can only perform surgeries if there are qualified nurses working at his or her hospital, and a CEO can only strike good deals for the company if he or she is not busy answering phone calls every day."

Dr Ferracioli says, whether we realise it or not, we're able to do our jobs because of the "army of people" who clean the streets, make the train run, care for our children and perform other "less valued" tasks.

"It's only if we all come together and do our bit that we as a society can provide essential services and create the conditions for us to do the things we love — [be that] brain surgery or being an executive or journalist or, in my case, a philosopher."

Are we unconsciously widening the gap?

If you're not a CEO, HR person or manager, the wealth gap might seem like someone else's problem, but according to our experts, we all play a part.

"A lot of the time people don't realise how they are strengthening some of the more toxic aspects of capitalism," says Professor Hobbs.

"People might say this is a terrible system, but they're not actually fighting against it … they're not taking their money away from the celebrity cult."

Through following celebrities' social media accounts or buying the products they endorse, we're contributing to the enormous wealth of the elite.

"Of course, as one person, it's not going to make a difference, but enough people liking a product or getting excited about a product because of a celebrity can contribute to this degree of inequality we are faced with," says Dr Ferracioli.

"It's very important that we think about consumption as a kind of an ethical enterprise; we're always going to affect people when we consume, and we can both benefit and harm people with the choices we make."

Social media scrolling can be a passive activity, but it's worth considering 'Do I want to support this person or this ideology?' before you like, retweet or share content that glorifies fame and fortune.

But economic inequality won't be resolved by simply following a bunch of nurses and childcare workers on Instagram — so what can we actually do to help?

Ms Phelan says we can support those workers in lower-paid professions when they ask for higher wages or better conditions.

"I think there's often this sentiment that they're sort of overreaching or demanding something beyond what they're reasonably entitled to or reasonably worthy of," she notes.

"If people go on strike, I think we should say, 'If they manage to get more money, good for them. That will show what their job is worth'."

Our current economic system isn't going anywhere anytime soon. It's unlikely we'll see some kind of mass redistribution of wealth from rich celebrities and billionaires to the working class, but that doesn't mean we have to just throw our hands up in the air and support the status quo.

Being more conscious of your role in perpetuating inequality — whether it's through the tacit endorsement of celebrity culture or your ambivalence to what nurses and childcare workers get paid — is one way to assert your agency.

The free market will never be fair, but if we stop associating money with 'worth', maybe the workers who make society better will receive a bit more of the respect they deserve.

By Will Chalk The National Problem Gambling Clinic will help people aged between 13 and 25. So what is…

How Parenting Affects a Child's Development From encouraging schoolwork and sports to modeling values as a child grows (remember,…