A computer programmer in China caused quite a stir on social media recently after posting that he created a custom chatbot to answer his girlfriend’s texts 24/7, because he was too busy to do it himself.

Li Kaixiang, who works as a software development engineer for Chinese internet giant JD.com, said that he was often too busy at work to answer his girlfriend’s daily texts, but he also didn’t want to hurt her feelings by ignoring her, so he came up with the idea to create a chatbot to answer and send messages on his behalf. He even posted some screenshot of the chatbot’s conversation with his girlfriend on WeChat, and it definitely looks like the software did pretty good. He also mentioned that on the first day that the chatbot went online, it exchanged around 300 texts with his girlfriend, which kind of explains why he created it in the first place. 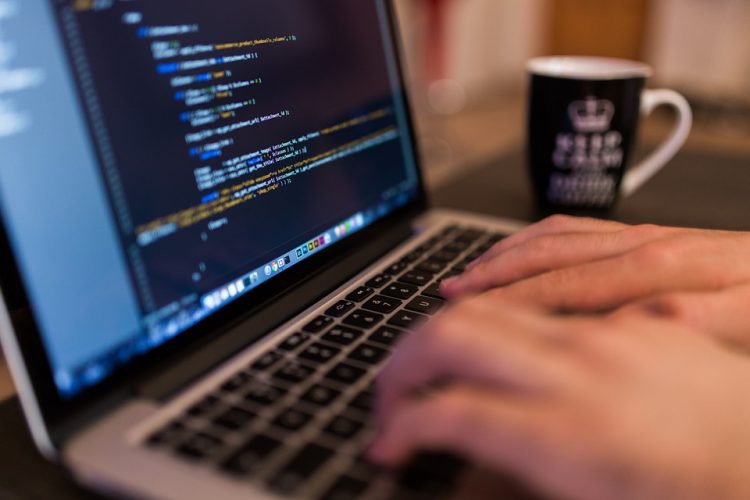 In one of the conversations posted online, Li’s girlfriend appears to suspect that something is amiss, asking questions like “How did you do it?” or “Why are you responding so fast?”, but the chatbot manages to play dumb. The programmer’s posts on China’s Weibo platform don’t mention whether the woman was aware the messages were auto-replies, but people loved the idea anyway, calling Li a genius and asking him for the source code.

“It is such a good idea. I wouldn’t have to worry about irritating my girlfriend by not responding to her messages,” one Weibo user wrote.

“Brother, send me the source code please,” another man asked. 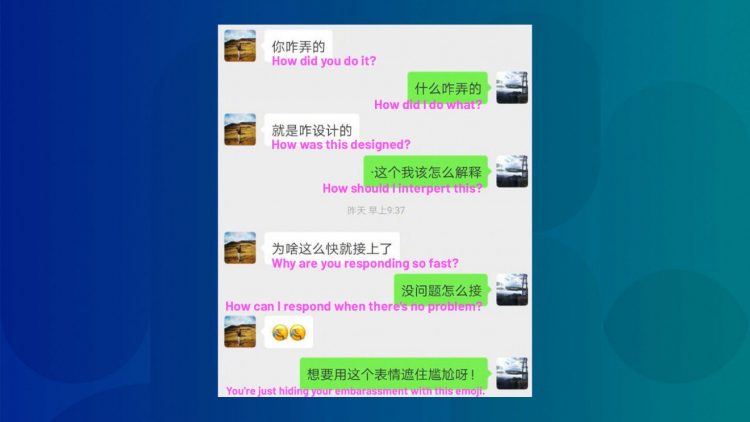 But the chatbot wasn’t exactly perfect, in another conversation, it wrote “Baby, this is the 618th day we’ve been together. Wish your mood is brighter than the sun,” which is sweet, only it was followed by information about the weather (“Temperature: 18.0° – 34.0° C… Wind: Level 3… Air quality: 42.0”) which it probably scraped from somewhere.

Plus, not everyone was impressed by the idea. Some people criticized Li Kaixiang for claiming to be too busy to answer his girlfriend’s texts, while apparently having the time to work on a custom chatbot. Other warned him that his partner may fall in love with the chatbot.

“Be careful, your girlfriend might fall in love with the chatbot one day,” a person commented. 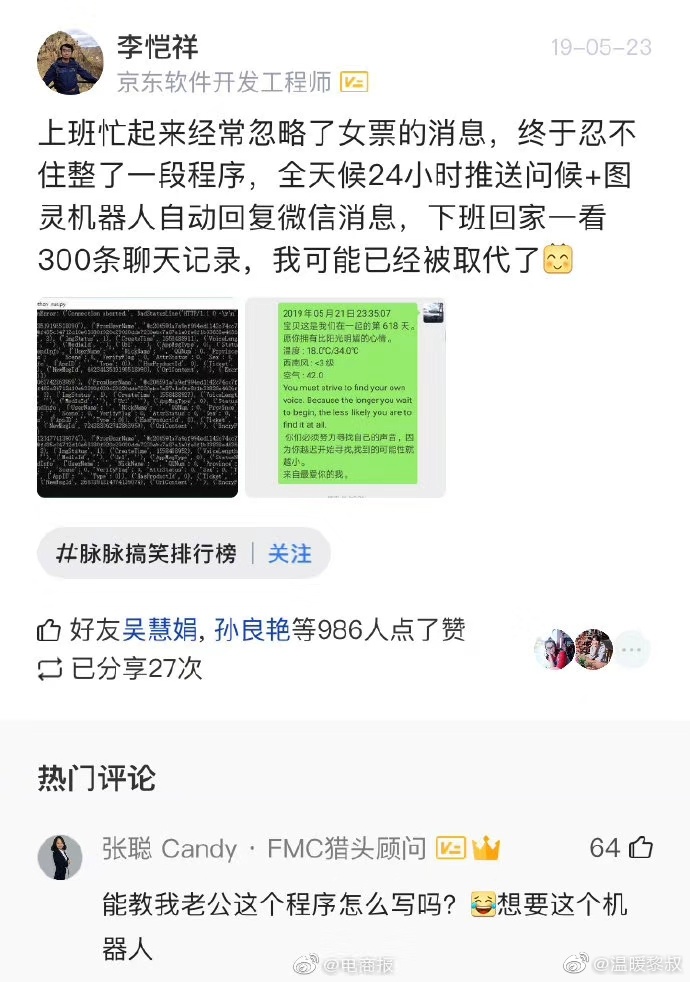 One thing’s for sure, Li’s post went viral almost instantly on Chinese social media, but he didn’t seem to enjoy the attention too much, since as soon as the news went viral, he deleted his Weibo account. Maybe he didn’t want his girlfriend to learn about his trick, or he just didn’t want people asking him about it.

Nick Douglas September 16th，2019 It's Jerk Week, and we've got everything you need to handle the rudest people…

By Spooky on March 8th, 2019 A Japanese tech startup claims to have developed an artificial intelligence software that…