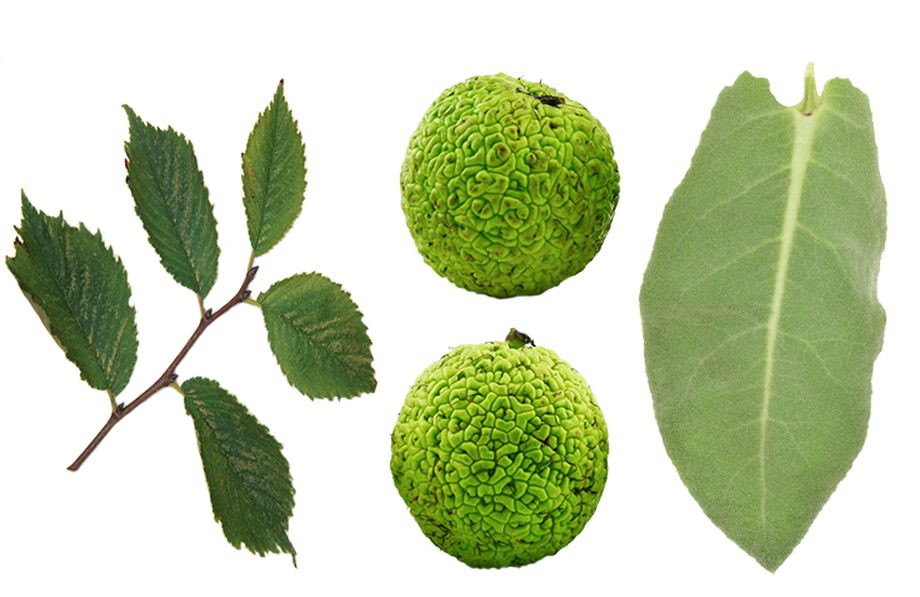 Slippery elm leaves, Osage orange, and the large, soft leaves of the mullein plant can work as toilet paper substitutes.

As I write this, Charmin, Cottonelle, and Downy Soft toilet paper, to name a few, are “currently unavailable” on Amazon. This verifies what you’ve always suspected: When things get scary in the US, the first thing most of us think about is pooping. The average American goes through 30 rolls of toilet paper. a year, which is kind of impressive but still not a reason to stock an entire wall of your basement with them. Seventy percent of the world’s population doesn’t even use bathroom tissue. They use a variety of things, including, in some countries, the left hand. I have no intention of covering that technique here.

People have always devoted a lot of thought to cleaning their backsides. As early as the 6th century, the Chinese scholar Yan Zhitui wrote that he preferred not to use paper containing quotations from the sages. The first task-specific toilet paper was invented in China in 1391. The sheets were initially intended for the royal family. They were big and perfumed. A 16th century French writer recommended “the neck of a goose that is well downed.” Doesn’t sound like a bad idea. On the other hand, it’s tough stockpiling goose necks.

The Romans pooped communally—just like they did most things—and used a sea sponge attached to a stick to clean themselves. Between uses, the stick was plunged into sea water. This, incidentally, is where the phrase, “the sh*tty end of the stick” comes from. The Vikings used old sheep wool and smooth pottery shards. They were hardy people. The Eskimos used two of the better toilet paper substitutes: snow in the winter and tundra moss when it was available. Snow, incidentally, is often ranked both as one the best and one of the worst alternatives by natural-bathroom-tissue experts. On the plus side, it is fantastically effective, both smooth for comfort ,and mildly abrasive for effective cleaning. What’s more, it can be custom-shaped. On the minus side, it’s really cold. It’s also wet. A wet butt is not a good thing.

In this country, until the late 1800s, it was common to find a corncob hanging from a string in the outhouse. I know, I don’t want to think about it either. Seems like it would start out too smooth and end up too rough. And, of course, it was communal. Really, I have no idea why it was so widely used.

The Sears catalog changed everything and was a quantum leap in bathroom technology. It was free, contained hundreds of soft, uncoated pages, and gave you something to read in the meantime. The sort of toilet paper we use today wasn’t commercially available until 1857. Gayett’s Medicated Paper for the Water Closet contained aloe and was marketed as being good for hemorrhoids, which were called “piles” back in the day. The patent for rolled toilet paper was granted in 1891. Fun fact for settling bar bets: The original patent drawing shows the paper unspooling from the top rather than the bottom. This is the only sensible way to do it, but some people like to quibble.

If you find yourself in a survival situation—or if you just can’t buy toilet paper anywhere right now—you’ve got options. Believe it or not, smooth stones, like river rocks, of a fairly small size are considered one of the better choices for the task. Not particularly absorbent, but they’re better than a corn cob. The cones of Douglas fir trees are recommended because they are said to be comparatively soft. “Comparatively” is the key word here. A handful of grass stalks, all carefully and tightly bundled and then folded over to create a “brush” is another popular alternative on survivalist websites. It actually looks sort of doable.

But if my ass were on the line, I’d reach for one of these six options, at least one of which is available anytime and almost anywhere in the great outdoors. 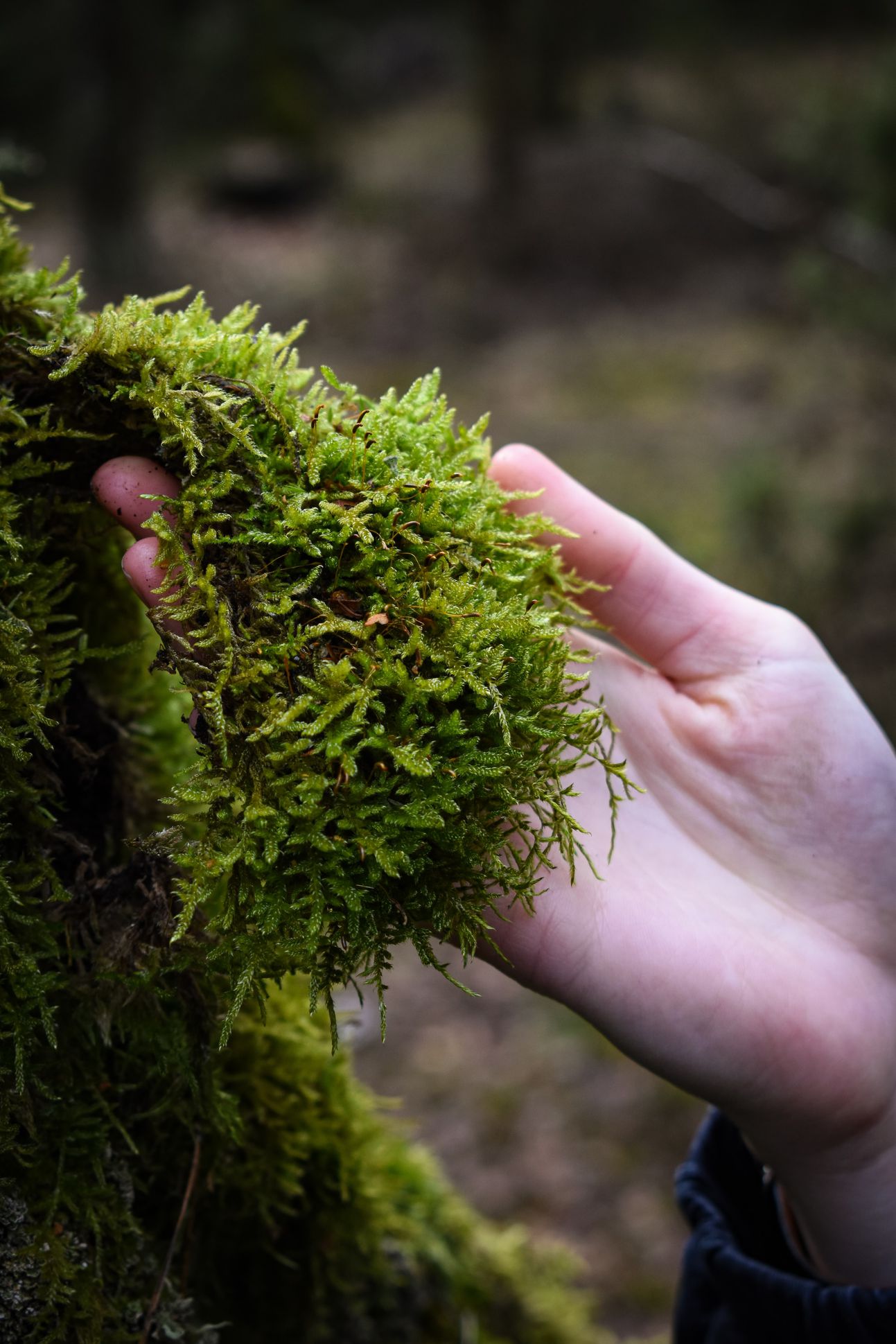 A handful of soft moss is just the thing.

The gold standard among natural toilet papers. Think of it as green Charmin. Moss is soft, absorbent, and full of iodine, a natural germ killer. It grows all over the country, and not just on the north side of trees. Don’t be particular about species. For one, it’s extremely difficult to identify. For another, it doesn’t matter. Go for it. Make sure you have more than you think you’ll need. (Note: This should probably go without saying, but the time to go look for wiping material is before you lower your trousers. It’s a lot harder to move around afterward.) 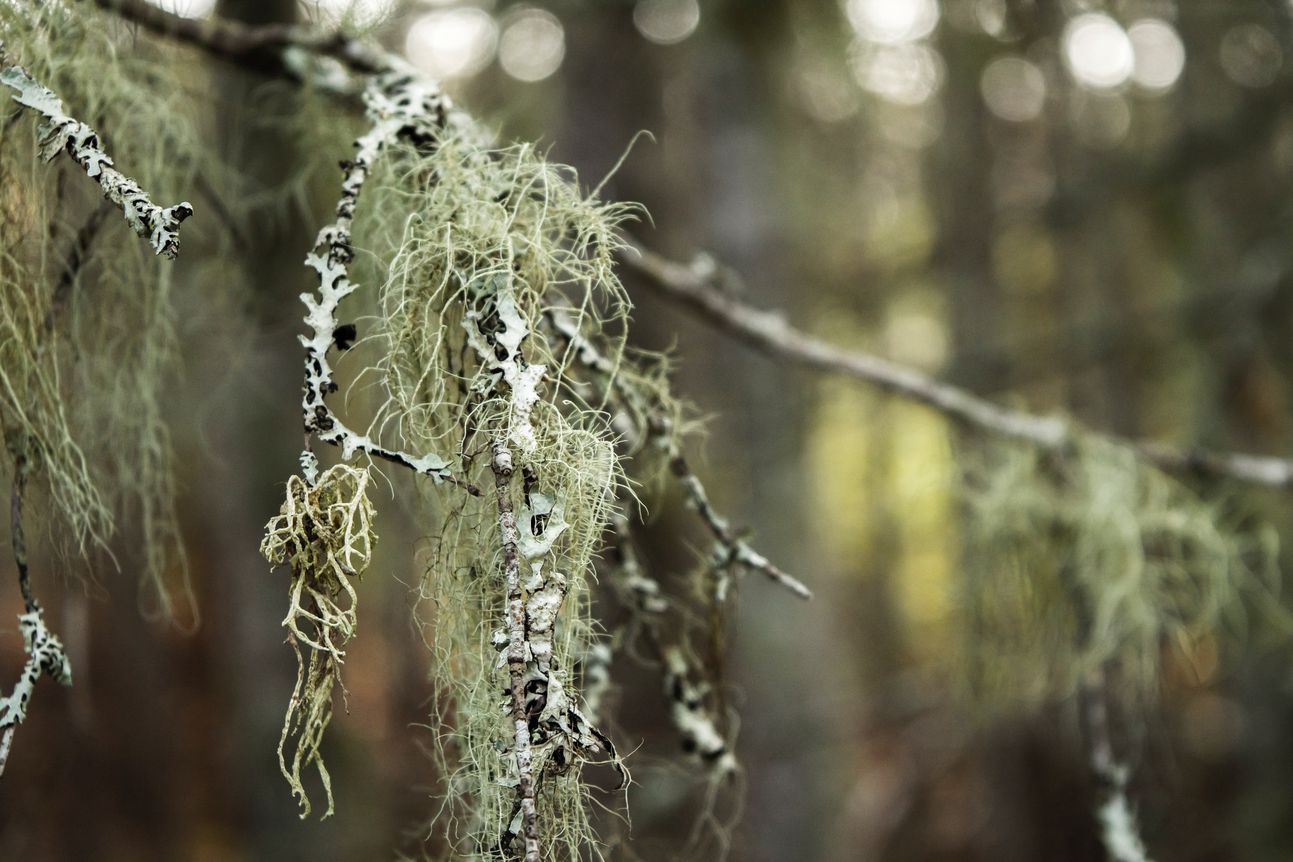 A bunch of old man’s beard or Spanish moss gathered from tree limb will do the job.

There are 87 kinds of old man’s beard, including Spanish Moss (sort of, it’s complicated) and similar lichens. They all grow on trees and look like tangled fishing line (but make much better, softer wiping material). It also contains usnic acid, which is effective against Streptococcus and Staphylococcus bacteria. Dried, it also makes a great fire starter. Win-win. 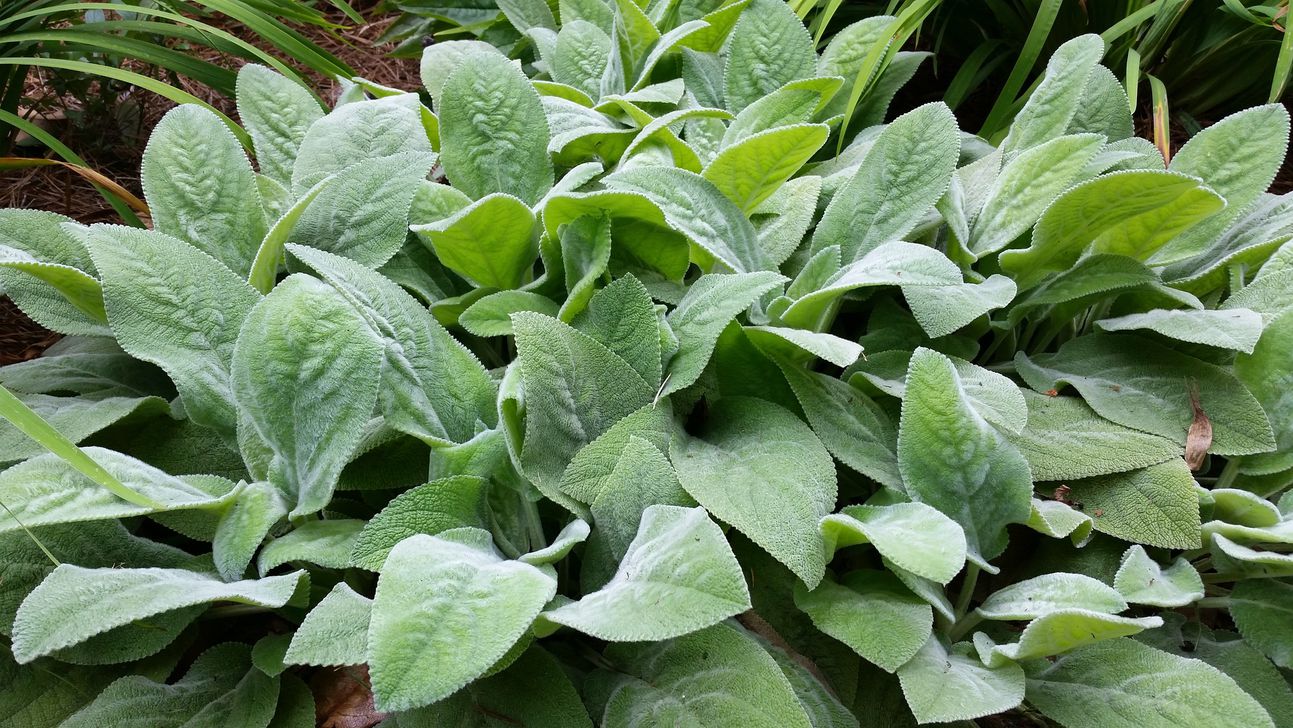 Another standout. It’s not native but grows throughout the US. The leaves are big, quite soft, and absorbent. They are said to feel like sitting on a cloud, which may be stretching things a bit. Lamb’s ear has natural antibiotic qualities that makes it nice on your backside. It also makes a great alternative to a band-aid if you don’t have any. 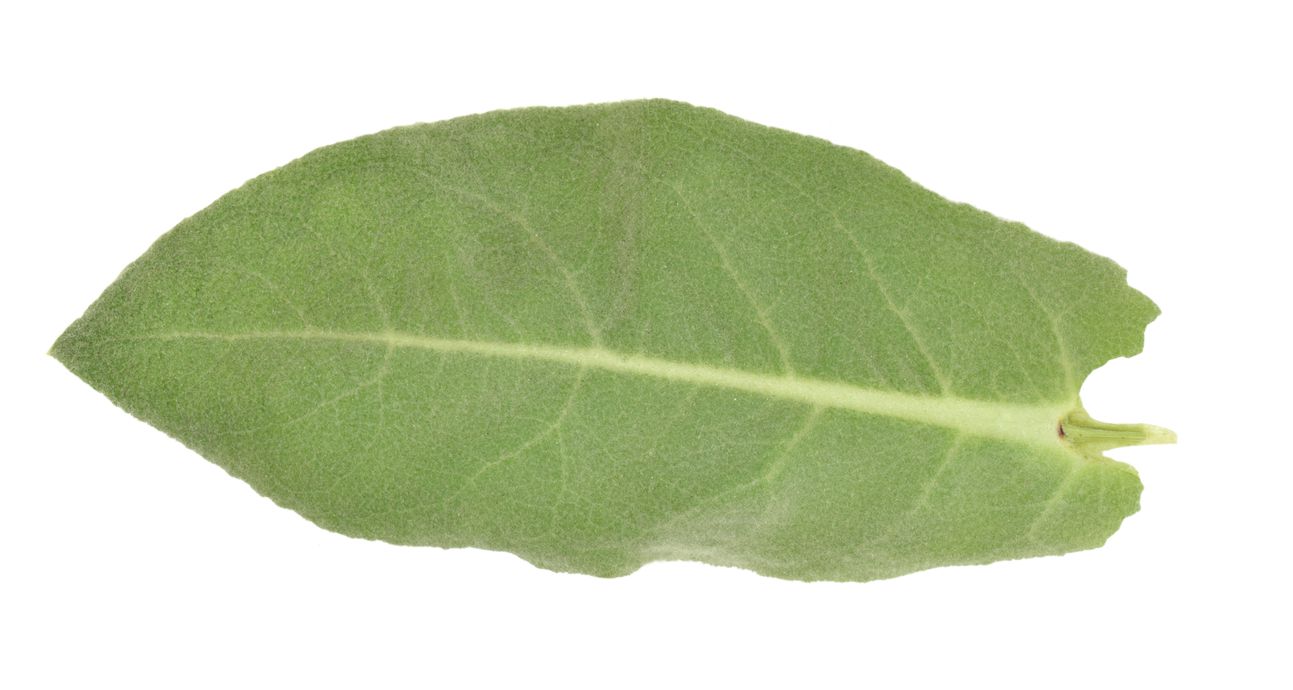 Mullein leaves are much like lamb’s ears, but usually bigger.

Similar to Lamb’s ear and found in all 50 states. You just can’t do better than those big, soft, absorbent leaves. It’s also fairly sturdy, which reduces the chance of poking through it. Throughout history, mullein has been used by just about everybody for just about everything. Tribes in the Southwest smoked it to treat mental illness. Eastern tribes used the leaves to treat colds, bronchitis, and asthma. Choctaws used a poultice of its leaves for headaches. Early European settlers used common mullein seeds to paralyze fish. The seeds were also crushed and put into diked areas of slow water. Today, mullein leaves are occasionally used to fashion insoles for weary hikers. You can’t do that with real toilet paper. 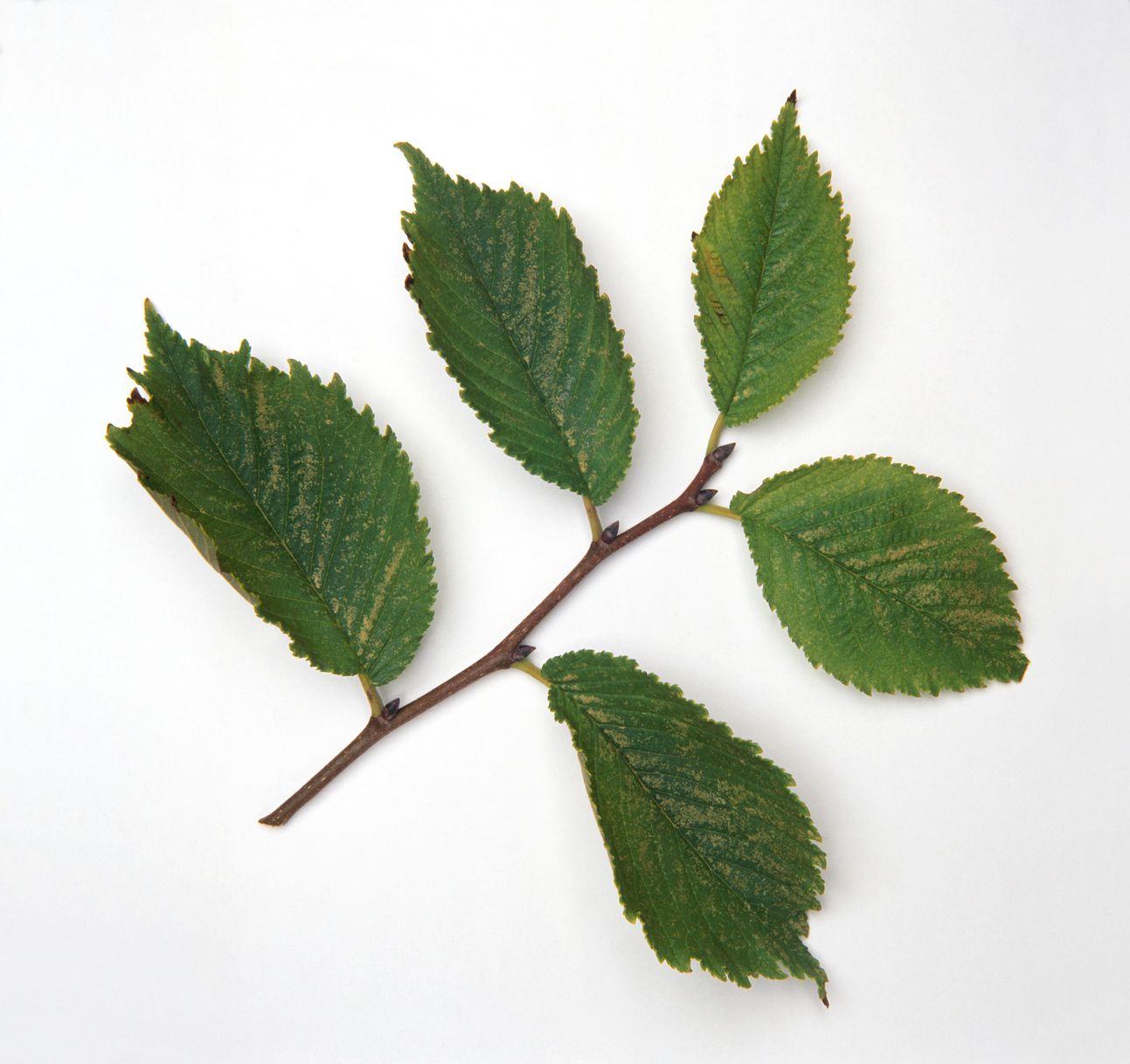 Okay, these leaves are not soft and absorbent. If anything, they’re kind of like sandpaper because the hairs on them contain silica crystals. On the plus side, that is the same property that makes them effective at cleaning. Just be gentle. 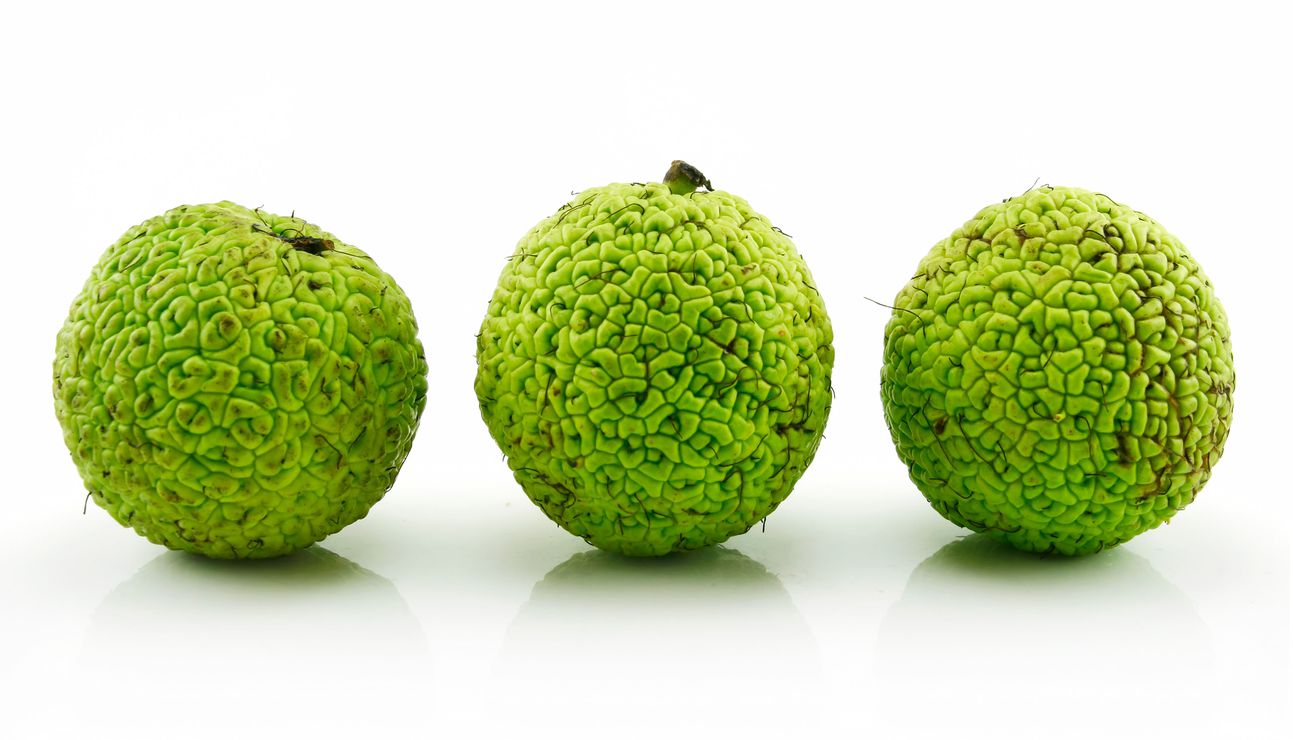 The crevices and bumps of the young Osage orange fruit aid in removal.

It’s said to be one of the best butt wipes ever, but only during a small window of time. The mature fruit is too big to get into the relevant area; what you want is young fruit. The small crevices and bumps on its surface are said to be of the ideal texture for cleaning. You want to make sure to use undamaged fruit, because Osage orange contains a sticky sap that you really don’t want back there.

Finally, a couple words of caution. If you can’t find any of the six above and decide instead to just reach for whatever leaf is handy, give it at least a cursory glance before putting it into action. Most will be fine, but you’ll want to stay away from anything on this list.

Also, wash your hands. I know you are already doing a lot of that lately, but fecal bacteria is a major cause of backcountry nausea, diarrhea, and vomiting. There’s only one right way to do it, assuming you’ve got a companion. After you’re done, have someone squirt some water and some soap into your hands. Your contaminated hands shouldn’t touch anything. Wash thoroughly. Then, you can get back to scouring the internet for toilet paper.