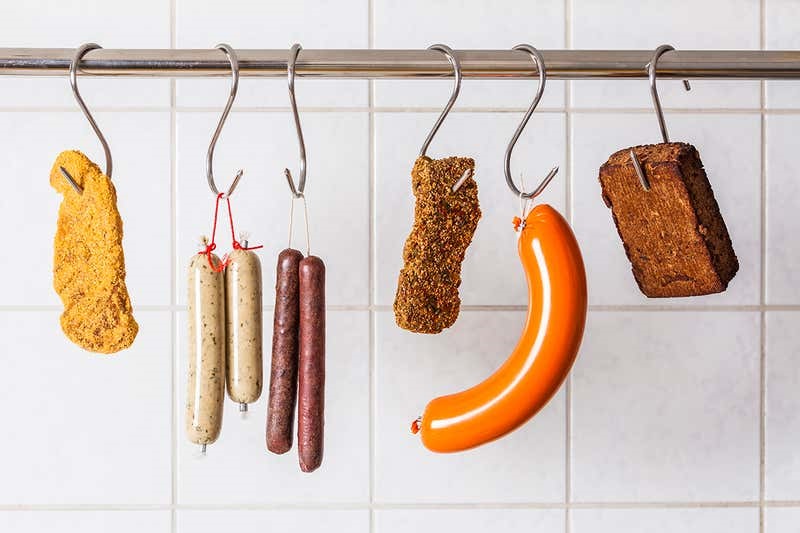 Lab-grown “beef” is being made by culturing cow muscle cells within a spongy scaffold of soya bean protein.

The idea behind cultured beef is that it could be as tasty as real meat without any animals having to be killed. It may also be better for the environment, although this isn’t clear.

Cultured meat development has taken off in the past few years, with about 50 companies now attempting to perfect a recipe. A few have got to the stage of creating prototype samples for tasting, but nothing is yet on offer in shops or restaurants.

Aside from the high cost of growing biological tissue in a dish, one problem is that meat doesn’t just consist of muscle cells. In animal flesh, these cells sit within a supporting scaffold of extracellular protein, which has to be mimicked to give the product a similar texture to real beef. “You want to recreate the tissue as it is in the animal,” says Elliot Swartz at the Good Food Institute in Washington DC.

At the moment, cultured meat uses a scaffold that is often derived from beef gelatin, a collagen protein obtained by boiling carcasses from slaughterhouses. This is a problem if vegetarians are your target market.

Now Aleph Farms may have found an alternative: textured soya protein, which is a by-product of soya-bean oil manufacture and is already used in many vegetarian substitutes for meat.

The team grew cow muscle and blood vessel cells on a spongy scaffold of soya protein, then baked or fried small morsels of the fake meat. Three volunteers who tasted the cultured meat said it replicated “the sensation and texture of a meat bite”, the researchers said.