Can an anti-HIV combination or other existing drugs outwit the new coronavirus? 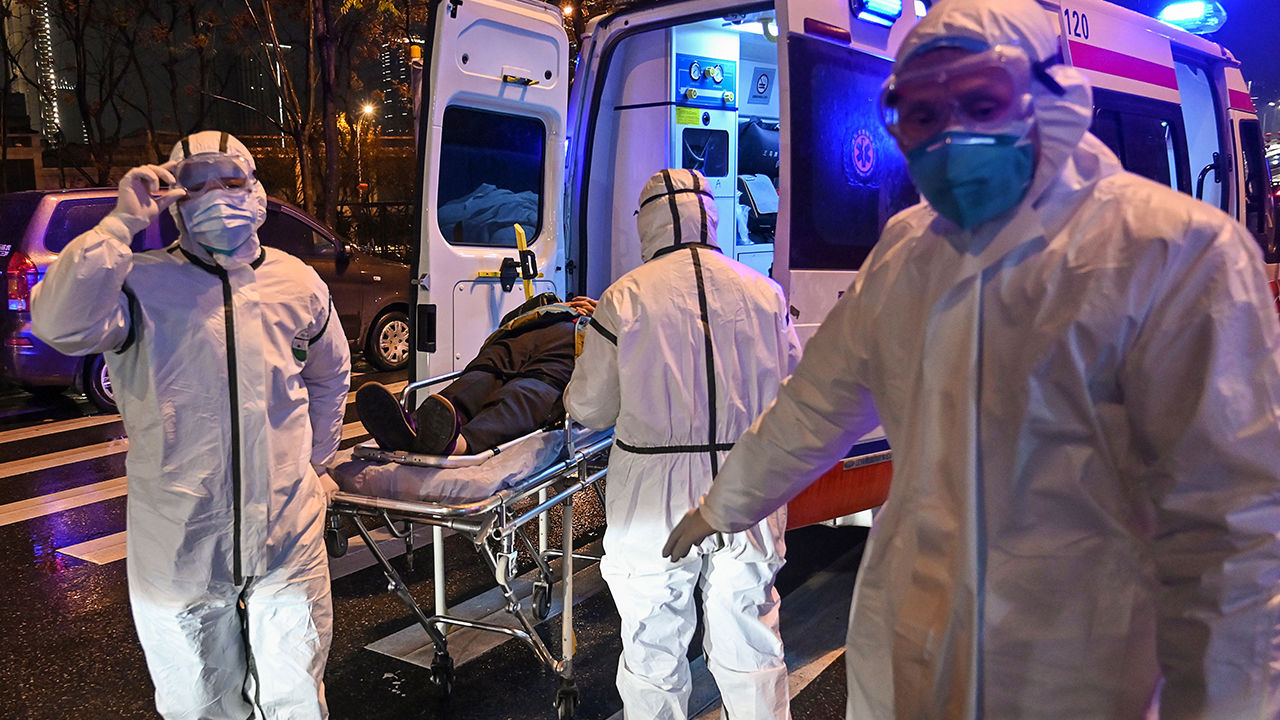 A patient arrives at the Wuhan Red Cross Hospital in China on 25 January. Scientists in Wuhan have already set up a study to test existing antiviral drugs against a new virus, according to a paper in The Lancet.
HECTOR RETAMAL/AFP/GETTY IMAGES

When a frightening new virus emerges in humans, scientists spend many months, if not years, developing and testing a vaccine. Finding new treatments, too, takes a long time, but there is another option: Try existing drugs to see whether they have activity against the new virus.

In the case of the novel coronavirus (2019-nCoV), researchers are already trying antivirals widely used to treat HIV, in hopes they might be able to fight the coronavirus as well. Other, still experimental antivirals—including one that was unsuccessfully tested against Ebola last year—may also hold promise.

The Jin Yintan Hospital in Wuhan, China, where the first 41 known patients were treated, has already launched a randomized, controlled trial of the anti-HIV drug combination of lopinavir and ritonavir, according to a 24 January report by a group of Chinese scientists in The Lancet. The combination targets protease, an enzyme used by both HIV and coronaviruses to cut up proteins when they make new copies of themselves. (A spokesperson for the biopharmaceutical company Abbvie tells ScienceInsider it has donated $2 million worth of the combo, which it markets under the brand name Aluvia, to the Chinese government.)

There is some evidence that the treatment might work, the authors of The Lancet paper write: A study published in 2004 showed that the combination showed “substantial clinical benefit” when given to patients who had severe acute respiratory syndrome (SARS), which is caused by a coronavirus similar to 2019-nCoV.

But that study did not randomize patients to receive the treatment or a placebo, the gold standard for controlled trials. Rather, it compared patients given the two protease inhibitors plus ribavirin, a drug that interferes with viral replication, with SARS patients who earlier received ribavirin alone. The researchers saw an “apparent improved outcome” in the former group, which they said argued for setting up a randomized, placebo-controlled trial. But no SARS cases have been reported since 2004, and the trial never took place.

Protease inhibitors are also being tested against a third coronavirus. Saudi Arabia now has a carefully designed study underway in which patients with Middle East respiratory syndrome (MERS) receive either the lopinavir/ritonavir combination plus interferon beta-1b, which boosts immune responses by unclear mechanisms, or a placebo. MERS is more distant on the family tree of coronaviruses from 2019-nCoV than SARS, however. And in a mouse study led by Ralph Baric of the University of North Carolina, Chapel Hill, and published online in Nature Communications on 10 January, this drug cocktail had decidedly lackluster results.

Baric explains that proteins in the human body bind 99% of these protease inhibitors, leaving little of them to fight viruses. “They’re effective against HIV because it’s so damn sensitive to the drug,” Baric says. Coronaviruses, by comparison, are insensitive. “You cannot achieve a free level of drug in a human that will allow it to work."

Baric’s study also tested interferon beta-1b with an experimental drug made by Gilead, remdesivir, that interferes with the viral polymerase enzyme. MERS-infected mice given this combination fared far better, with reduced viral replication and improved lung function. It might work against 2019-nCoV as well. “Remdesivir has had activity against every coronavirus we’ve tested, and I’d be surprised if it didn’t have activity against this one,” says co-author Mark Denison, a virologist at Vanderbilt University who has studied coronaviruses since 1984. (Remdesivir was also tested against Ebola in the Democratic Republic of the Congo last year, but it didn’t do nearly as well as two other treatments.)

But the researchers caution that the mouse model only approximates MERS in humans. And regardless of which drugs are used, they have a better chance of working if given soon after infection, Denison says. “The challenge with SARS, MERS, this novel coronavirus, and other viruses that cause severe pneumonia is the window of opportunity,” he says. Remdesivir is good at knocking down virus levels in the body, Denison says, “but you have to get to patients early if you want to have significant impact on disease.” Many people with respiratory infections only seek care when they develop severe symptoms, however, several days after they get sick.

Yuen Kwok-Yung, a microbiologist at the University of Hong Kong who co-authored a comprehensive analysis of potential coronavirus treatments in Nature Reviews Drug Discovery in 2016, agrees that remdesivir is the most promising drug for 2019-nCoV and MERS. “However this drug is not available in Hong Kong and China,” Yuen says. He says scientists in Hong Kong—which as of 27 January had eight confirmed cases of 2019-nCoV—will also likely test lopinavir/ritonavir in combination with interferon beta-1b in randomized, controlled studies, assuming they see more patients.

Development of entirely new treatments has started as well. Regeneron Pharmaceuticals has developed monoclonal antibodies to treat MERS that are now being tested in early human studies. A company spokesperson told ScienceInsider that researchers there have begun to identify similar antibodies that might work against 2019-nCoV. With Ebola, it took Regeneron only 6 months to develop candidate treatments and test them in animal models, the spokesperson noted. (A cocktail of these antibodies later came out on top in the clinical trial that also tested remdesivir, reducing mortality from Ebola by 94% when given soon after the onset of illness.)

The ideal treatment for 2019-nCoV may well be a drug like remdesivir plus monoclonal antibodies, Denison says. “The idea of using those in combination would have profoundly good prospects.”

Coronavirus latest: Scientists scramble to study virus samples Updates on the respiratory illness that has infected thousands of people.…