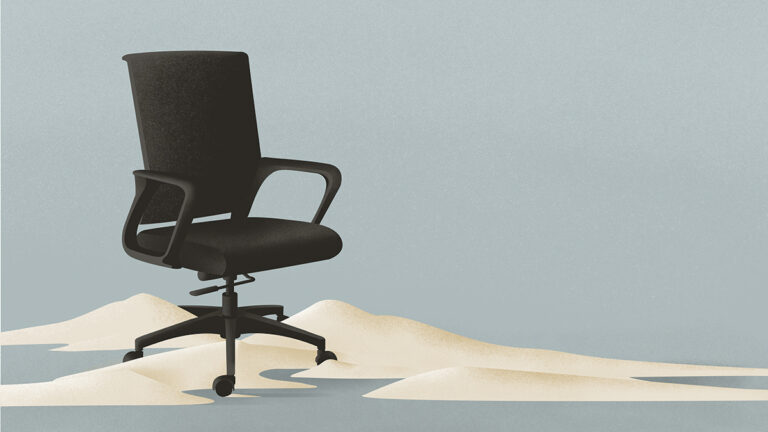 It’s never pleasant to lag behind others that we consider similar. The conventional wisdom says to “stop competing with others, only with yourself.” But that’s easier said than done. With the rise of social media, it’s hard to avoid evidence of your colleagues’ accomplishments if you want to stay connected. And in fact that evidence can have benefits. A recent study shows that it can become a source of inspiration in both work and life.

So how can you harness the positive benefits of competition without suffering from the insecurity it may breed? By employing these five strategies.

Reflect on what triggers self-comparison for you. Does your boss’s support of others make you feel inferior? Do specific friends’ accomplishments bring you down? Do you find yourself regularly scrolling through LinkedIn, Facebook, or Instagram, inevitably feeling a higher level of insecurity and isolation as you do? If so, you’re not alone. Research shows that using social media exacerbates our inherent negativity bias, where we put more weight on negative experiences than positive ones.

It’s vital to pay attention to the things that provoke self-comparison for you, because once you’re aware that these are triggers, you can transform them into opportunities for a more productive response.

Shift from reactive rumination to purposeful reframing. Once you track the situations that provoke feeling behind, you may decide to quit all activities that prompt insecurity. But that’s rarely a reasonable or pragmatic solution.

For instance, you probably can’t avoid hearing what your boss says about you or your colleagues. And while you can cut off your friends or stop using social media, your feelings of inadequacy may increase with isolation. A better approach is to be intentional: deliberately engage those feelings to your benefit.

Take, for example, the next time you are scrolling through your social media accounts. Ask yourself why you are doing it at this moment. Are you bored? Then intentionally decide to engage for entertainment, not to judge yourself. Or the next time you come across news of a peer’s career success and find yourself feeling inadequate, step back and observe your feelings without judgment. Then make a proactive commitment to view your peer’s progress objectively, as if you were a journalist researching their story rather than someone in direct competition with them.

If these activities become disturbing for you, by all means, take a break from them. But remember that you can always approach them with an intention to learn. Instead of saying to yourself, “I wish I did [or had] that,” ask yourself, “Why can’t I do [or have] that?” Then take some time to listen to what ideas emerge in your mind.

Exhibit a personal strength to regain validation and momentum. During an acute bout of insecurity, you may start to brood about how you can catch up to others. At this time, recapture your sense of self-efficacy by taking small actions to achieve small wins. Double down on your core strengths, express them to the world, and use the validation for a shot of resilience.

An executive coaching client of mine was heartbroken that his planned promotion to SVP this year was postponed due to the pandemic. He worried that his chances of gaining this coveted position in his company would slowly disappear. And he envied his associates in other companies who had already crossed that hurdle before this crisis.

To disrupt his negative state, which was unpleasant and could be detrimental to his performance this year, he decided to leverage a strength he relied upon in the past: his writing talent. He composed a thoughtful article for the company blog on leading through the current crisis—and it became the most viewed post the company had ever published. Countless junior and senior colleagues expressed their gratitude for his honest and optimistic guidance. This feedback, in turn, made him confident about his value and also added to his leadership credibility for promotion when the time was right.

Redefine your peer set and create a new field of play. When you compare yourself to a fixed set of peers, you engage in a zero-sum game where you are either ahead or behind. But by expanding your view to include new and diverse peer groups, you create less of a binary evaluation of your success and enable new domains to dominate.

Jackie, a director at a Fortune 100 company, was passed over for a VP role for three years. As she began to feel more hopeless and stuck in her current position, she tried to broaden her approach to work by job crafting and changing her interactions with colleagues to find meaning. But she couldn’t seem to find fulfillment, knowing that the VP title always eluded her.

Recognizing that she always limited her perspective to a small peer group of other VP’s, she began networking with people outside of the company that shared her values around entrepreneurship. After participating in a monthly panel to hear pitches from local startups and mentor them, she found a renewal of spirit. Even though she was behind these new peers who had their own companies, she enjoyed learning from them. And by doing so, she not only neutralized the pain of self-comparison in her company but felt energized and motivated to re-evaluate her career aspirations.

Shake free of internalized expectations. It’s one thing to feel behind your peers in an actual competition, such as a promotion at work. But there is an even more damaging mindset that leads to perpetual insecurity: the belief that you should not only outperform your peers but also want all of what they are trying to achieve. This “tyranny of the should” creates a never-ending race in which you can never enjoy what you have already gained. Your internal expectations of what defines success keep changing depending on what others desire.

Many of my clients who are one rung below the CEO find themselves in this position. Deep down, they don’t want the top job pressure, yet keep believing they should because of how much their peers aspire to it. This mindset creates an unwinnable scenario. If they don’t pursue or gain the CEO title, they will feel inferior to others who do. But if they do get there, they may feel trapped in a position they never truly wanted.

Consider the possibility that everything you have chosen to do until now has always been the right path, regardless of what you think you were supposed to do. As the mindfulness reminder goes, “Wherever you go, there you are.” Don’t overcomplicate your insecurity by looking backward. Then commit to evaluating future decisions based on your values and whether they present opportunities for your growth. To change course based on what others want or have will keep you perennially behind and at the behest of your peers.

Any endeavor in your career and life will inevitably bring bouts of self-comparison and insecurity. But whenever you feel like you’re falling behind others (whether that’s true or not), you can use these strategies to regain your confidence and excel in the competitions that genuinely matter to you.

Thai Woman Uses Turmeric For Her Cat’s Fungal Infection, And The Cat Accidentally Turns Yellow BY Hidrėlėy Have…