A Brief History of Women in Higher Education

Women began going to college in larger numbers in the 19th century. 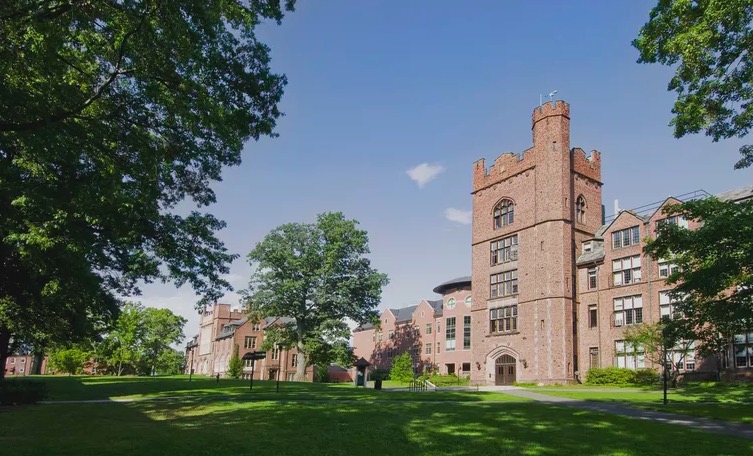 While more women than men have attended college in the U.S. since the late 1970s, female students were largely prevented from pursuing higher education until the 19th century. Before then, female seminaries were the primary alternative for women who wished to earn a higher degree. But women’s rights activists fought for higher education for female students, and college campuses turned out to be fertile ground for gender equality activism.

Female Grads During the 17th and 18th Centuries
Before the formal desegregation of men's and women's higher education, a small number of women graduated from universities. Most were from wealthy or well-educated families, and the oldest examples of such women can be found in Europe.

• Juliana Morell earned a law doctorate in Spain in 1608. Anna Maria van Schurman attended the university at Utrecht, Netherlands, in 1636.

• Ursula Agricola and Maria Jonae Palmgren were admitted to college in Sweden in 1644.

• Elena Cornaro Piscopia earned a doctor of philosophy degree at the University of Padua, Italy, in 1678.

• Laura Bassi earned a doctor of philosophy degree at the University of Bologna, Italy, in 1732, and then became the first woman to teach in an official capacity at any European University.

• Cristina Roccati received a university degree in Italy in 1751.

• Aurora Liljenroth graduated from college in Sweden in 1788, the first woman to do so.

U.S. Seminaries Educated Women in the 1700s
In 1742, the Bethlehem Female Seminary was established in Germantown, Pennsylvania, becoming the first institute of higher education for women in the United States. It was founded by the Countess Benigna von Zinzendorf, daughter of Count Nicholas von Zinzendorf, under his sponsorship. She was only 17 years old at the time. In 1863, the state officially recognized the institution as a college and the college was then permitted to issue bachelor's degrees. In 1913, the college was renamed the Moravian Seminary and College for Women, and, later, the institution became co-educational.

Thirty years after Bethlehem opened, the Moravian sisters founded Salem College in North Carolina. It since became the Salem Female Academy and is still open today.

Women's Higher Ed at the Turn of the 18th Century
In 1792, Sarah Pierce founded the Litchfield Female Academy in Connecticut. The Rev. Lyman Beecher (father of Catherine Beecher, Harriet Beecher Stowe, and Isabella Beecher Hooker) was among the lecturers at the school, part of the republican motherhood ideological trend. The school focused on educating women so that they could be responsible for raising an educated citizenry.

Eleven years after Litchfield was established, Bradford Academy in Bradford, Massachusetts, began admitting women. Fourteen men and 37 women graduated in the first class of students. In 1837, the school changed its focus to only admit women.

Options for Women During the 1820s In 1821, Clinton Female Seminary opened; it would later merge into the Georgia Female College. Two years later, Catharine Beecher founded the Hartford Female Seminary, but the school did not survive beyond the 19th century. Beecher's sister, writer Harriet Beecher Stowe, was a student at Hartford Female Seminary and later a teacher there. Fanny Fern, a children’s author, and newspaper columnist, also graduated from Hartford.

Lindon Wood School for Girls was founded in 1827 and continued as Lindenwood University. This was the first school of higher education for women that was located west of the Mississippi.

The next year, Zilpah Grant founded Ipswich Academy, with Mary Lyon as an early principal. The purpose of the school was to prepare young women to be missionaries and teachers. The school took the name Ipswich Female Seminary in 1848 and operated until 1876.

Schools for Female Students During the 1830s
Columbia Female Academy opened in 1833. It later became a full college and exists today as Stephens College.

Now called Wesleyan, Georgia Female College was created in 1836 specifically so women could earn bachelor's degrees. The following year, St. Mary's Hall was founded in New Jersey as a female seminary. It is today a pre-K through high school named Doane Academy.

More Inclusive Higher Ed From the 1850s Onward
In 1849, Elizabeth Blackwell graduated from Geneva Medical College in Geneva, New York. She was the first woman in America admitted to a medical school and the first in the United States to receive a medical degree.

The next year, Lucy Sessions made history when she graduated with a literary degree from Oberlin College in Ohio. She became the First African-American female college graduate. Oberlin was founded in 1833 and admitted four women as full students in 1837. Only a few years later, more than a third (but less than half) of the student body were women.

After Sessions earned her history-making degree from Oberlin, Mary Jane Patterson, in 1862, became the first African-American woman to earn a bachelor's degree.

Higher education opportunities for women really expanded during the late 1800s. The Ivy League colleges had been solely available to male students, but companion colleges for women, known as the Seven Sisters, were founded from 1837 to 1889.