Coronavirus is the greatest global science policy failure in a generation 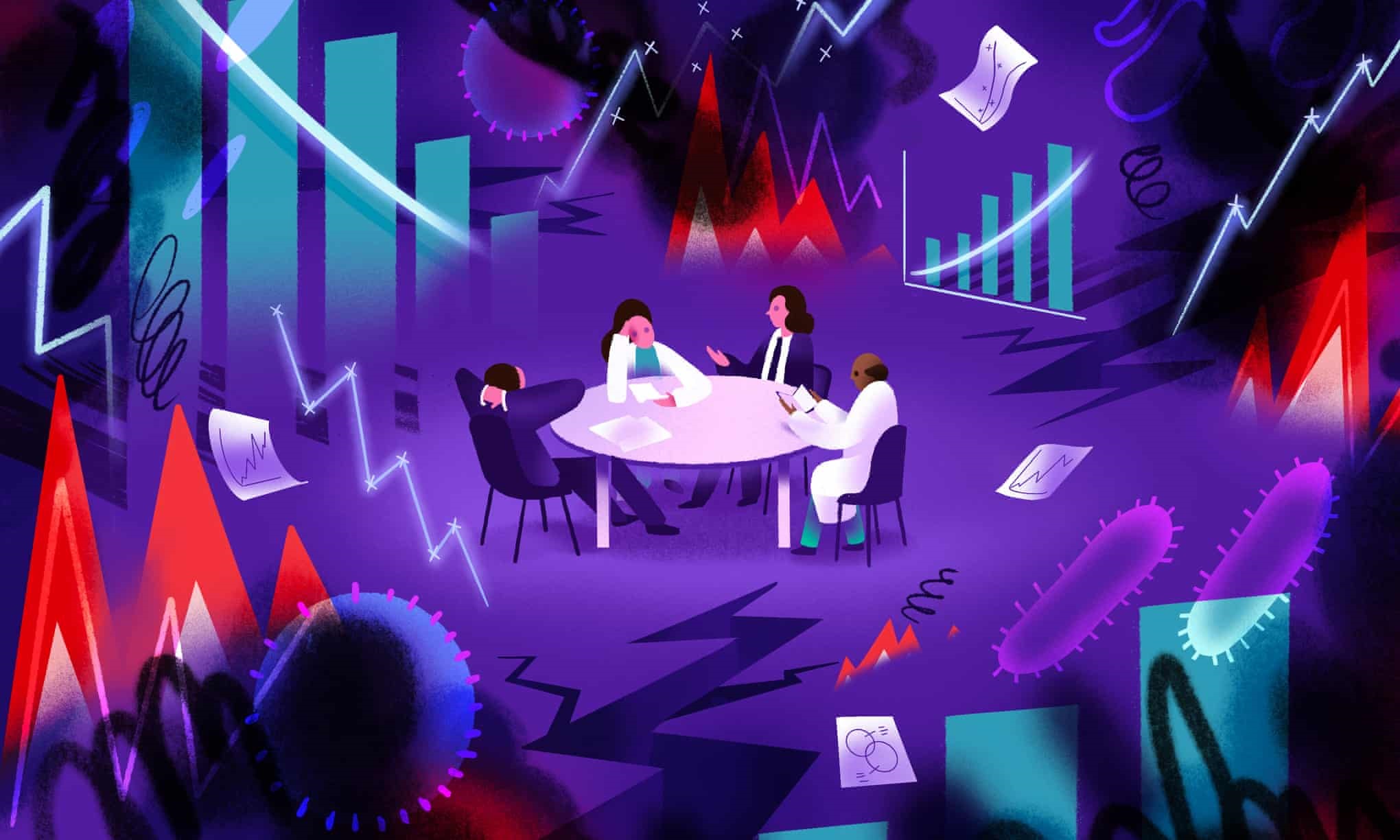 We knew this was coming. In her 1994 warning to the world, The Coming Plague, Laurie Garrett concluded: “While the human race battles itself, fighting over ever more crowded turf and scarcer resources, the advantage moves to the microbes’ court. They are our predators and they will be victorious if we, Homo sapiens, do not learn how to live in a rational global village that affords the microbes few opportunities.”

If you think her language hyperbolic, consider the more sober analysis from the US Institute of Medicine in 2004. It evaluated the lessons of the 2003 Sars outbreak, quoting Goethe: “Knowing is not enough; we must apply. Willing is not enough; we must do.” It concluded that “the rapid containment of Sars is a success in public health, but also a warning … If Sars reoccurs … health systems worldwide will be put under extreme pressure … Continued vigilance is vital.”

But the world ignored these warnings.

Ian Boyd, a former chief scientific adviser to the UK government between 2012 and 2019, recently recalled “a practice run for an influenza pandemic in which about 200,000 people died. It left me shattered.” But did the experience trigger government action? “We learnt what would help, but did not necessarily implement those lessons,” Boyd said.

Austerity blunted the ambition and commitment of government to protect its people. The political objective was to diminish the size and role of the state. The result was to leave the country fatally weakened. Whatever the reasons for failing to act upon the lessons of Sars and influenza simulations, the fact remained, as Boyd summed it up, “we were poorly prepared”.

The global response to Sars-CoV-2 is the greatest science policy failure in a generation. The signals were clear. Hendra in 1994, Nipah in 1998, Sars in 2003, Mers in 2012 and Ebola in 2014; these major human epidemics were all caused by viruses that originated in animal hosts and crossed over into humans. Covid-19 is caused by a new variant of the same coronavirus that caused Sars.

That the warning signs went unheeded is unsurprising. Few of us have experienced a pandemic, and we are all guilty of ignoring information that doesn’t reflect our own experience of the world. Catastrophes reveal the weakness of human memory. How can one plan for a random rare event – surely the sacrifices will be too great? But, as the seismologist Lucy Jones argues in her 2018 book The Big Ones, “natural hazards are inevitable; the disaster is not”.

The first duty of government is to protect its citizens. The risks of a pandemic can be measured and quantified. As Garrett and the Institute of Medicine showed, the dangers of a new epidemic have been known and understood since the emergence of HIV in the 1980s. Since then, 75 million people have been infected with the disease and 32 million have died. HIV may not have swept through the world at the same pace as Sars-CoV-2, but its long shadow should have alerted governments to prepare for an outbreak of a new virus.

During a crisis, the public and politicians alike understandably turn to experts. But on this occasion, the experts – scientists who have modelled and simulated our possible futures – made assumptions that turned out to be mistaken. The UK imagined the pandemic would be much like influenza. The influenza virus is not benign – the number of annual deaths from influenza in the UK varies widely, with a recent peak of 28,330 deaths in 2014-15 – but influenza is not Covid-19.

China, by contrast, was scarred by its experience of Sars. When the government realised that a new virus was circulating, Chinese officials didn’t advise hand washing, a better cough etiquette and disposing of tissues. They quarantined entire cities and shut down the economy. As one former secretary of state for health in England put it to me, our scientists suffered from a “cognitive bias” towards the milder threat of influenza.

Perhaps that is why the key government committee, the new and emerging respiratory virus threats advisory group (Nervtag), concluded on 21 February, three weeks after the World Health Organization had declared a public health emergency of international concern, that they had no objection to Public Health England’s “moderate” risk assessment of the disease to the UK population. That was a genuinely fatal error of judgement.

Failure to escalate the risk assessment led to mortal delays in preparing the NHS for the coming wave of infections. The desperate pleas I have received from frontline NHS staff are painful to read. “Nursing burnout is at an all-time high and a lot of our heroic nursing staff are on the verge of emotional breakdown.” “It is sickening that this is happening, and that somehow this country thinks it’s OK to let some members of staff get sick, get ventilated, or die.” “I feel like a soldier going to war without a gun.” “It’s suicide.” “I’m sick of being called a hero because if I had any choice I wouldn’t be coming to work.”

The availability of, and access to, appropriate personal protective equipment has been appallingly bad for many nurses and doctors. Some hospital trusts have planned well. But many have been unable to provide the necessary safe equipment to their frontline teams.

At every press conference, the government spokesperson always includes the same line: “We have been following the medical and scientific advice.” It’s a good line. And it’s partly true. But the government knew the NHS was unprepared. It knew it had failed to build the necessary intensive care surge capacity to meet the likely patient demand. As one doctor wrote to me: “It seems that nobody wants to learn from the human tragedy that happened in Italy, China, Spain … This is really sad … Doctors and scientists who are not able to learn from one another.”

We’re supposed to be living through the Anthropocene, an era where human activity has become the dominant influence on the environment. The idea of the Anthropocene conjures notions of human omnipotence. But Covid-19 has revealed the astonishing fragility of our societies. It has exposed our inability to cooperate, to coordinate, and to act together. But perhaps we can’t control the natural world after all. Perhaps we are not quite as dominant as we once thought.

If Covid-19 eventually imbues human beings with some humility, it’s possible that we will, after all, be receptive to the lessons of this lethal pandemic. Or perhaps we will sink back into our culture of complacent exceptionalism and await the next plague that will surely arrive. To go by recent history, that moment will come sooner than we think.

Why Sexual Consent Is Just Like Offering Someone A Cup Of Tea by Jo Barrow, Emmeline May, Sian Butcher…

In The Fake News Era, Are We Too Gullible? No, Says Cognitive Scientist By Kenneth Miller One of the…