In The Fake News Era, Are We Too Gullible? No, Says Cognitive Scientist 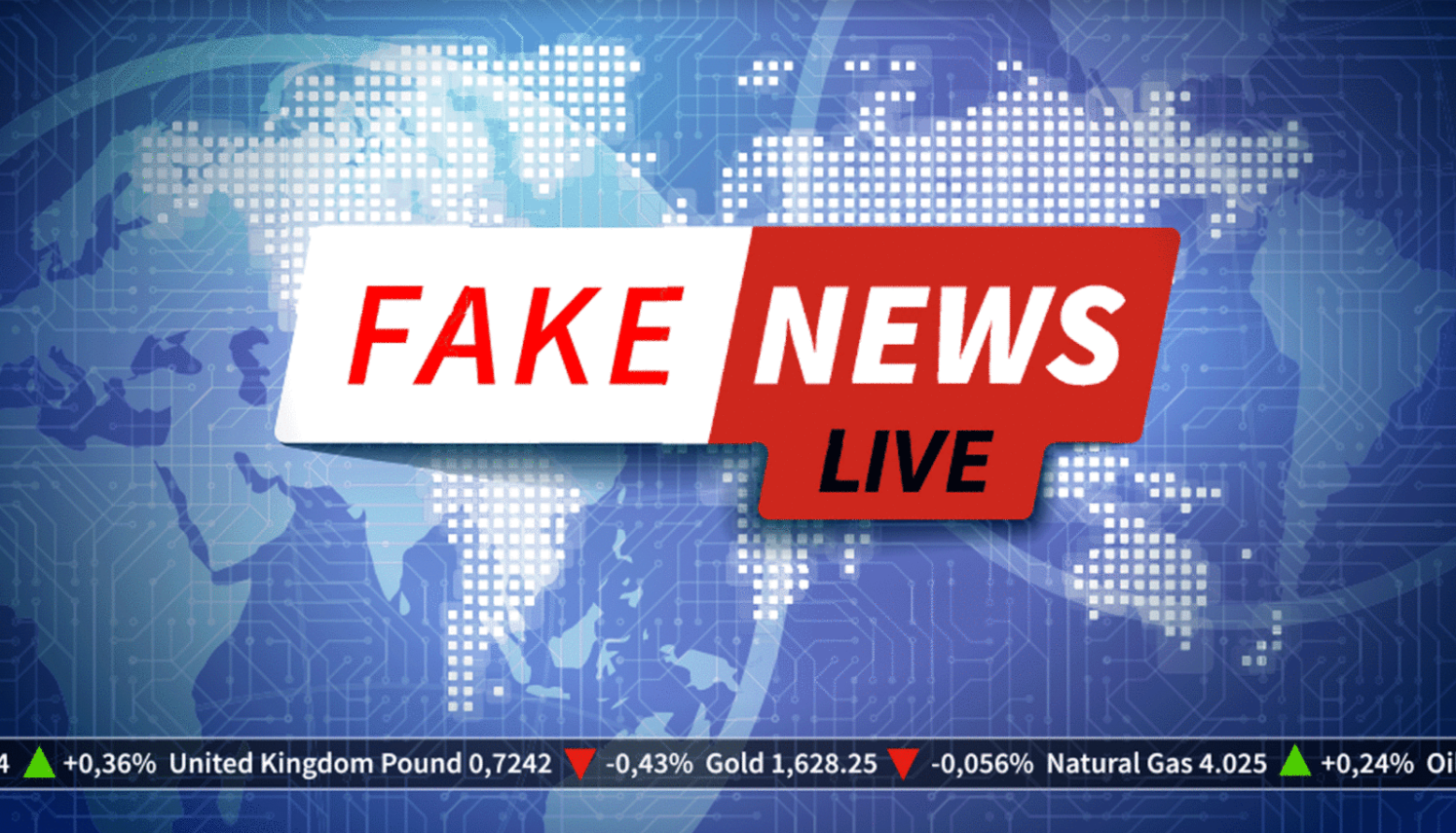 One of the oddest political hoaxes of recent times was Pizzagate, in which conspiracy theorists claimed that Hillary Clinton and her 2016 campaign chief ran a child sex ring from the basement of a Washington, DC, pizzeria.

Millions of believers spread the rumor on social media, abetted by Russian bots; one outraged netizen stormed the restaurant with an assault rifle and shot open what he took to be the dungeon door. (It actually led to a computer closet.) Pundits cited the imbroglio as evidence that Americans had lost the ability to tell fake news from the real thing, putting our democracy in peril.

Such fears, however, are nothing new. “For most of history, the concept of widespread credulity has been fundamental to our understanding of society,” observes Hugo Mercier in Not Born Yesterday: The Science of Who We Trust and What We Believe (Princeton University Press, 2020). In the fourth century BCE, he points out, the historian Thucydides blamed Athens’ defeat by Sparta on a demagogue who hoodwinked the public into supporting idiotic military strategies; Plato extended that argument to condemn democracy itself. Today, atheists and fundamentalists decry one another’s gullibility, as do climate-change accepters and deniers. Leftists bemoan the masses’ blind acceptance of the “dominant ideology,” while conservatives accuse those who do revolt of being duped by cunning agitators.

What’s changed, all sides agree, is the speed at which bamboozlement can propagate. In the digital age, it seems, a sucker is born every nanosecond.

The Case Against Credulity

Yet Mercier, a cognitive scientist at the Jean Nicod Institute in Paris, thinks we’ve got the problem backward. To fight disinformation more effectively, he suggests, humans need to stop believing in one thing above all: our own gullibility. “We don’t credulously accept whatever we’re told—even when those views are supported by the majority of the population, or by prestigious, charismatic individuals,” he writes. “On the contrary, we are skilled at figuring out who to trust and what to believe, and, if anything, we’re too hard rather than too easy to influence.”

He bases those contentions on a growing body of research in neuropsychiatry, evolutionary psychology, and other fields. Humans, Mercier argues, are hardwired to balance openness with vigilance when assessing communicated information. To gauge a statement’s accuracy, we instinctively test it from many angles, including: Does it jibe with what I already believe? Does the speaker share my interests? Has she demonstrated competence in this area? What’s her reputation for trustworthiness? And, with more complex assertions: Does the argument make sense?

This process, Mercier says, enables us to learn much more from one another than do other animals, and to communicate in a far more complex way—key to our unparalleled adaptability. But it doesn’t always save us from trusting liars or embracing demonstrably false beliefs. To better understand why, leapsmag spoke with the author.

How did you come to write Not Born Yesterday?

In 2010, I collaborated with the cognitive scientist Dan Sperber and some other colleagues on a paper called “Epistemic Vigilance,” which laid out the argument that evolutionarily, it would make no sense for humans to be gullible. If you can be easily manipulated and influenced, you’re going to be in major trouble. But as I talked to people, I kept encountering resistance. They’d tell me, “No, no, people are influenced by advertising, by political campaigns, by religious leaders.” I started doing more research to see if I was wrong, and eventually I had enough to write a book.

With all the talk about "fake news" these days, the topic has gotten a lot more timely.

Yes. But on the whole, I’m skeptical that fake news matters very much. And all the energy we spend fighting it is energy not spent on other pursuits that may be better ways of improving our informational environment. The real challenge, I think, is not how to shut up people who say stupid things on the internet, but how to make it easier for people who say correct things to convince people.

You start the book with an anecdote about your encounter with a con artist several years ago, who scammed you out of 20 euros. Why did you choose that anecdote?

Although I’m arguing that people aren’t generally gullible, I’m not saying we’re completely impervious to attempts at tricking us. It’s just that we’re much better than we think at resisting manipulation. And while there’s a risk of trusting someone who doesn’t deserve to be trusted, there’s also a risk of not trusting someone who could have been trusted. You miss out on someone who could help you, or from whom you might have learned something—including figuring out who to trust.

You argue that in humans, vigilance and open-mindedness evolved hand-in-hand, leading to a set of cognitive mechanisms you call "open vigilance."

There’s a common view that people start from a state of being gullible and easy to influence, and get better at rejecting information as they become smarter and more sophisticated. But that’s not what really happens. It’s much harder to get apes than humans to do anything they don’t want to do, for example. And research suggests that over evolutionary time, the better our species became at telling what we should and shouldn’t listen to, the more open to influence we became. Even small children have ways to evaluate what people tell them.

The most basic is what I call “plausibility checking”: if you tell them you’re 200 years old, they’re going to find that highly suspicious. Kids pay attention to competence; if someone is an expert in the relevant field, they’ll trust her more. They’re likelier to trust someone who’s nice to them. My colleagues and I have found that by age 2 ½, children can distinguish between very strong and very weak arguments. Obviously, these skills keep developing throughout your life.

But you've found that even the most forceful leaders—and their propaganda machines—have a hard time changing people's minds.

Throughout history, there’s been this fear of demagogues leading whole countries into terrible decisions. In reality, these leaders are mostly good at feeling the crowd and figuring out what people want to hear. They’re not really influencing [the masses]; they’re surfing on pre-existing public opinion. We know from a recent study, for instance, that if you match cities in which Hitler gave campaign speeches in the late ’20s through early ’30s with similar cities in which he didn’t give campaign speeches, there was no difference in vote share for the Nazis. Nazi propaganda managed to make Germans who were already anti-Semitic more likely to express their anti-Semitism or act on it. But Germans who were not already anti-Semitic were completely inured to the propaganda.

So why, in totalitarian regimes, do people seem so devoted to the ruler?

It’s not a very complex psychology. In these regimes, the slightest show of discontent can be punished by death, or by you and your whole family being sent to a labor camp. That doesn’t mean propaganda has no effect, but you can explain people’s obedience without it.

What about cult leaders and religious extremists? Their followers seem willing to believe anything.

Prophets and preachers can inspire the kind of fervor that leads people to suicidal acts or doomed crusades. But history shows that the audience’s state of mind and material conditions matter more than the leader’s powers of persuasion. Only when people are ready for extreme actions can a charismatic figure provide the spark that lights the fire.

Once a religion becomes ubiquitous, the limits of its persuasive powers become clear. Every anthropologist knows that in societies that are nominally dominated by orthodox belief systems—whether Christian or Muslim or anything else—most people share a view of God, or the spirit, that’s closer to what you find in societies that lack such religions. In the Middle Ages, for instance, you have records of priests complaining of how unruly the people are—how they spend the whole Mass chatting or gossiping, or go on pilgrimages mostly because of all the prostitutes and wine-drinking. They continue pagan practices. They resist attempts to make them pay tithes. It’s very far from our image of how much people really bought the dominant religion.

And what about all those wild rumors and conspiracy theories on social media? Don't those demonstrate widespread gullibility?

I think not, for two reasons. One is that most of these false beliefs tend to be held in a way that’s not very deep. People may say Pizzagate is true, yet that belief doesn’t really interact with the rest of their cognition or their behavior. If you really believe that children are being abused, then trying to free them is the moral and rational thing to do. But the only person who did that was the guy who took his assault weapon to the pizzeria. Most people just left one-star reviews of the restaurant.

The other reason is that most of these beliefs actually play some useful role for people. Before any ethnic massacre, for example, rumors circulate about atrocities having been committed by the targeted minority. But those beliefs aren’t what’s really driving the phenomenon. In the horrendous pogrom of Kishinev, Moldova, 100 years ago, you had these stories of blood libel—a child disappeared, typical stuff. And then what did the Christian inhabitants do? They raped the [Jewish] women, they pillaged the wine stores, they stole everything they could. They clearly wanted to get that stuff, and they made up something to justify it.

Where do skeptics like climate-change deniers and anti-vaxxers fit into the picture?

Most people in most countries accept that vaccination is good and that climate change is real and man-made. These ideas are deeply counter-intuitive, so the fact that scientists were able to get them across is quite fascinating. But the environment in which we live is vastly different from the one in which we evolved. There’s a lot more information, which makes it harder to figure out who we can trust. The main effect is that we don’t trust enough; we don’t accept enough information. We also rely on shortcuts and heuristics—coarse cues of trustworthiness. There are people who abuse these cues. They may have a PhD or an MD, and they use those credentials to help them spread messages that are not true and not good. Mostly, they’re affirming what people want to believe, but they may also be changing minds at the margins.

How can we improve people's ability to resist that kind of exploitation?

I wish I could tell you! That’s literally my next project. Generally speaking, though, my advice is very vanilla. The mainstream media is extremely reliable. The scientific consensus is extremely reliable. If you trust those sources, you’ll go wrong in a very few cases, but on the whole, they’ll probably give you good results. Yet a lot of the problems that we attribute to people being stupid and irrational are not entirely their fault. If governments were less corrupt, if the pharmaceutical companies were irreproachable, these problems might not go away—but they would certainly be minimized.

Coronavirus is the greatest global science policy failure in a generation By Richard Horton We knew this was coming.…

Bill Gates: Schools will reopen in the fall, but economy won't magically return to the way it was By…