HARRY Potter fans can stay in the "real life" childhood home of the young wizard for just £110 per night.

The 600-year-old property, which featured in the epic Harry Potter and The Deathly Hallows Part One, even has its own tales of witchcraft and ghosts. 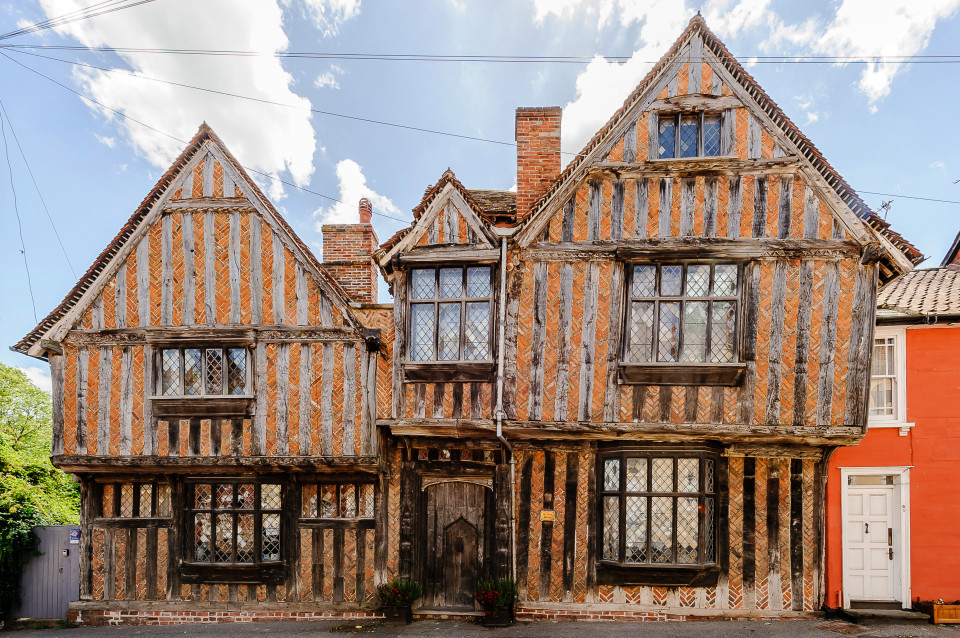 De Vere House in Lavenham, Suffolk, is a Grade I listed property dating back centuries.

It became even more recognisable after its appearance in the popular Harry Potter film.

The house, and the village that surrounds it, provided the inspiration for the wizarding community called Godric’s Hollow.

It was where Harry Potter was born, and where his parents were murdered on October 31, 1981.

De Vere House was one of the main inspirations behind Potter Cottage, where "the boy who lived" helped end the deadly uprising of Voldemort and his legion of Death Eaters and Harry got his distinctive lightning bolt scar.

Owners Jane and Tony Ranzetta have lived in the fascinating 14th century home for over 20 years and have transformed the stunning heritage building into a fabulous guesthouse. 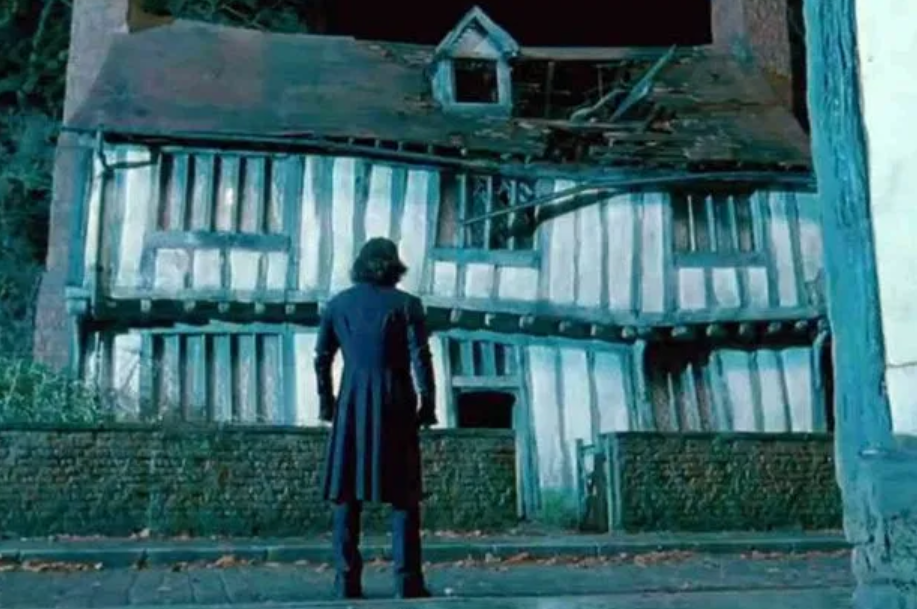 It was in the films as Harry Potter's childhood home 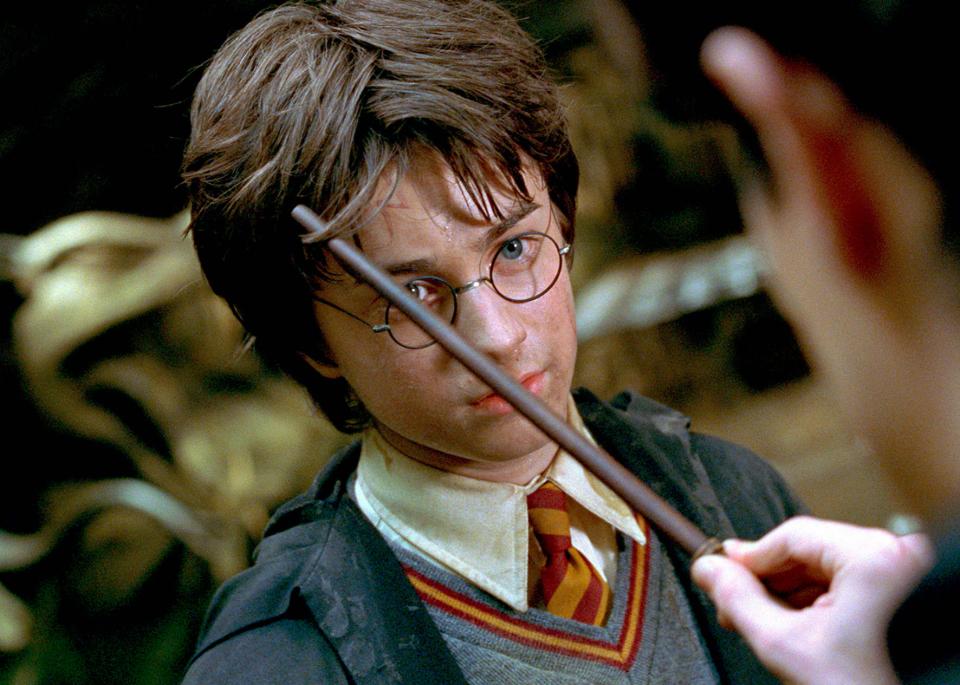 Guests can stay in one of the two guest bedrooms at the property, each featuring a four-poster bed with en-suite bathroom.

You also have access to a private guest sitting room with log fire, and a traditional courtyard.

And in the mornings, you can enjoy breakfast in the dining room.

But the De Vere House’s spooktacular appeal does not end with its appearance in the Harry Potter films.

Tony said: "JK Rowling was well acquainted with the village and we know her friend stayed here while she was in the process of writing the books, it was surely in her mind when she created Godric’s Hollow.

“The house is often referred to as ‘The Harry Potter House’ by locals and in the media, and a huge picture of our front door can be seen at the Warner Bros’ exhibition on the making of Harry Potter.

“In fact, one of the property’s resident ghosts, Sir Francis De Vere, is inspiration for the character of Nearly Headless Nick – Gryffindor’s house ghost who was subject to a botched execution while he was alive - and John Cleese’s outfit in the films is remarkably similar to the portrait of Francis’ costume in his portrait."

Tony explained: “The whole story is quite peculiar really. Just after we first moved into the house, Jane saw a uniquely dressed man walk through the kitchen wall and into the garden beyond.

"She was obviously taken aback but understands that a house with this much history must surely hold echoes of the past.

“It was at a later date when we were in the National Portrait Gallery in Monacute House when she suddenly gasped and said, ‘that’s the ghost I saw!’, pointing halfway down a long row of paintings.

"After finding a portrait guide, we found out it was, of course, Sir Francis. It was the very first time that portrait had been on public display so she couldn’t have seen it before then.

"We have a copy of that painting downstairs now – I’m sure he likes it.”

The De Vere property, which is currently on the market with estate agent Carter Jonas for £950,000, also has numerous other mischievous residents. 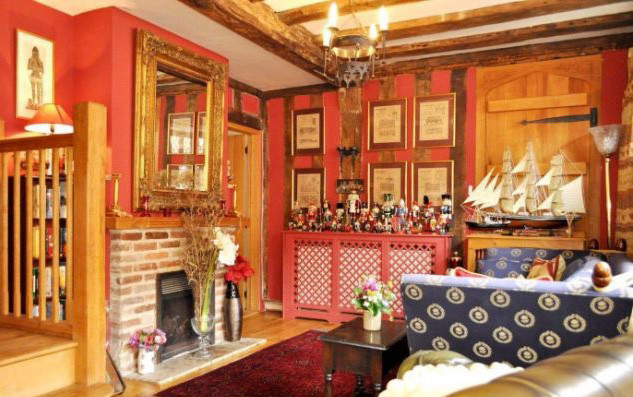 Guests can stay at the property and book via Airbnb 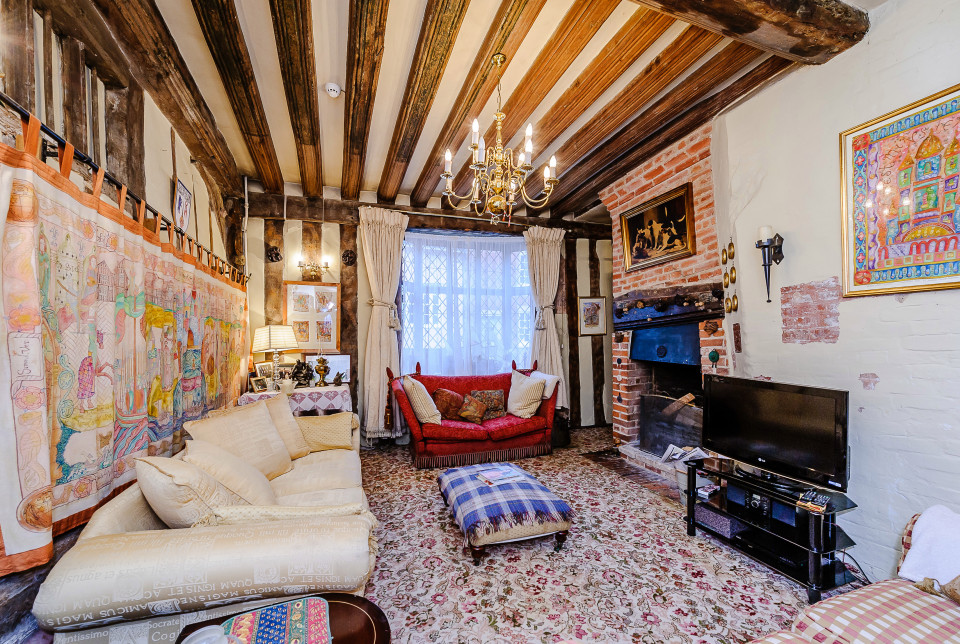 There's a guest living room at the property 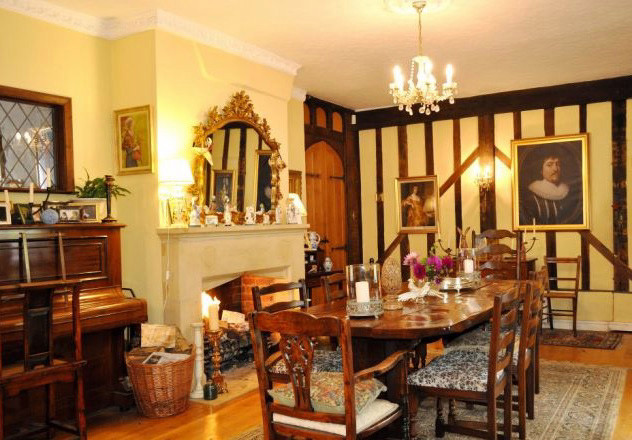 Breakfast is served in its dining room

Tony said: “Becky is our poltergeist, she moves things around and really doesn’t like it when priests or nuns come to stay.

“She’s taken wedding rings and other keepsakes before now – but she’ll usually return them if we ask her nicely. She has to be treated like a child. We’re quite lucky, usually poltergeist are malign but Becky doesn’t seem to be.

“Usually somebody becomes a poltergeist if they’ve been subject of a witch’s curse or similar, so we think Becky was probably thrust upon a former homeowner and now just hangs around, shutting doors and turning the TV and radio on and off, just being mischievous rather than dangerous.”

So what is it like to be surrounded by spirits in the supposed comfort of your own home?

Tony said: “It is usually Jane who sees them.

“She’ll tell me all about it last thing at night, just before we go to bed. I think she’s just got used to them and works around them, like we do with our visitors and guests. They’re harmless.

“It’s a wonderful house which we love people to see. It’s especially good at parties. We think the house likes to entertain.”

Alongside a raft of paranormal associations, the house has a significant amount of tangible history as well. The house takes its name from the De Vere family and has previously been known as Oxenford House and Oxford House.

In medieval times, the De Vere family was the second-richest family after the king and were responsible for creating much of Lavenham's medieval grandeur – noted as one of the UK’s finest medieval communities.

Edward de Vere, the 17th Earl of Oxford, is widely believed to be the true author of the plays attributed to William Shakespeare.

The house has retained its period features, including a massive timber frame, fireplaces, wall paintings and a rare stone spiral staircase with a carved brick handrail.

At the peak of its popularity, it is estimated that 5,000 people would come every weekend to photograph the magnificent home.

As scientists scour the natural world in search of truth, they often capture its beauty. Nikon's Small World is…