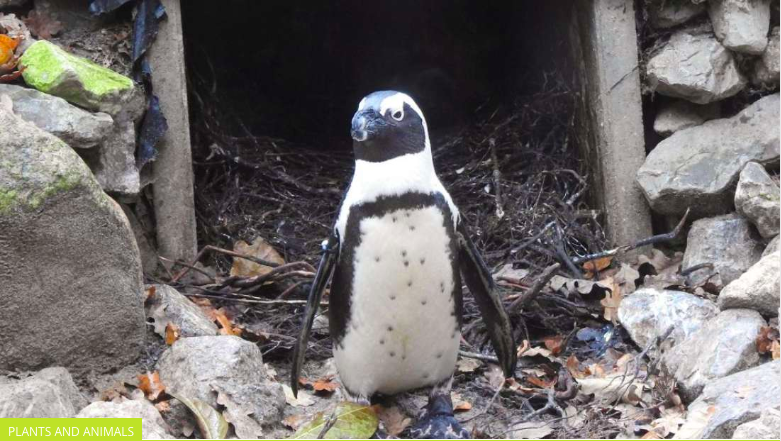 A same-sex male couple at a Dutch zoo has taken on parental duties after snatching another couple’s egg.

One of the black-footed penguins swooped in during an “unguarded moment” and snatched the egg of a heterosexual penguin couple at the DierenPark Amersfoort Zoo. Zoo staff says that the couple is currently taking “good care of the egg” as the males alternate brooding responsibilities.

Black-footed, or African, penguins are found in large colonies along the southern coast of Africa and are characterized by their uniquely sharp-pointed beak and black feet, as their namesake suggests. Spheniscus demersus is one of the smallest species of penguin at between 2 and 5 kilograms (4.4 and 11 pounds) in weight, according to the San Diego Zoo. They communicate using vocal noises and body language to indicate sexual maturity at around four years of age. Males will court the females with a “donkey-like bray,” which has awarded them the fitting nickname of “jackass penguin”. If a female accepts, the couple will brood together for the remainder of the season, taking turns to incubate their egg for 30 to 40 days and co-parenting for the first 30 days, keeping the chick warm and constantly fed. 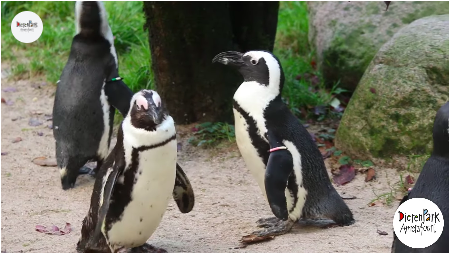 African penguins aren’t the only species to turn to the same sex for raising offspring. Earlier this year, a same-sex king penguin couple took over the parental duties of an abandoned egg after its mother waddled away for unknown reasons. Dynamic daddy duo Skipper and Ping stepped in to provide around-the-clock care for their adopted egg.

In September of last year, another Dutch male pair of king penguins similarly “kidnapped” a chick they thought was in need while its biological father took off wandering, which is admittedly bad penguin parenting. Gentoo penguins Sphen and Magic – also known as “Sydney’s hottest couple” – captured the hearts of the staff at Sea Life Sydney when they began courting one another in 2018, complete with pebble love tokens and one of the biggest nests in their colony. After proving themselves worthy parents with a dummy egg, staff at the facility entrusted the pair to foster a real egg from another couple that had two. Their chick hatched healthy and right-on-time about a month later.

But the choice may not be just an affinity for the same sex. Hatching and raising penguin chicks is a time-consuming and relentless duty. When it comes down to it, some penguins just aren’t cut out to be parents and the slack is sometimes picked up by other colony members.

The first penguin chick at DierenPark Amersfoort Zoo has already hatched, and staff say they are waiting for others to follow suit shortly.

"Among those new chicks we naturally hope to welcome one from the gay couple, we are waiting,” said animal keeper Marc Belt in a statement.

By Shivali Best Dubbed the ‘Cyber Truck’, the Tesla car features a strange angular body in gunmetal grey, and…