Dubbed the ‘Cyber Truck’, the Tesla car features a strange angular body in gunmetal grey, and looks more like an armoured vehicle than a pickup truck.

At first glance at this car , you’d be forgiven for mistaking it as a vehicle from a science fiction blockbuster.

But the futuristic pickup truck is very much real, and was unveiled by Tesla at an event last night.

Dubbed the ‘Cyber Truck’, the car features a strange angular body in gunmetal grey, and looks more like an armoured vehicle than a pickup truck. 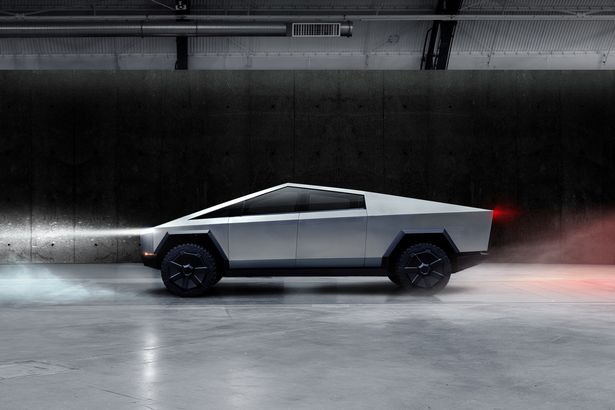 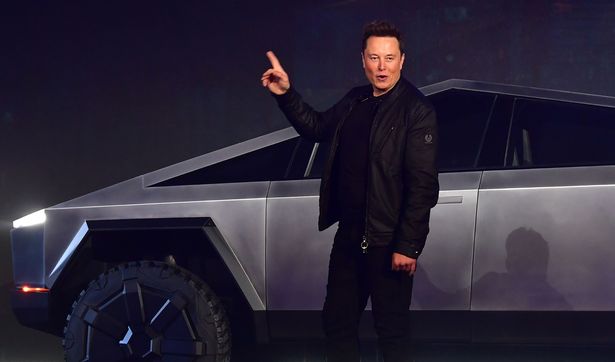 Musk said: “We need sustainable energy now. If we don't have a pickup truck, we can't solve it.

“The top three selling vehicles in America are pickup trucks. To solve sustainable energy, we have to have a pickup truck.”

The truck's hulking sharp geometric body was made from stainless steel, set atop massive tires and had windows made from armored glass. 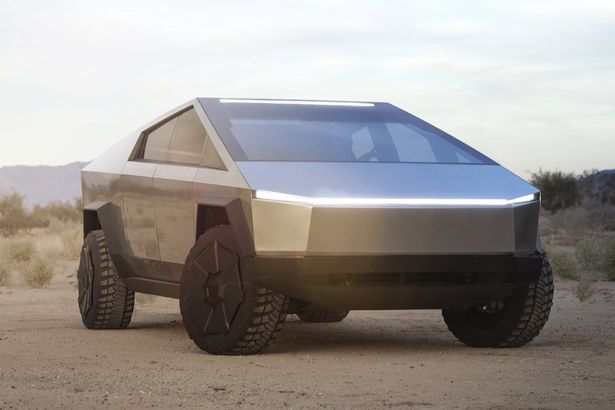 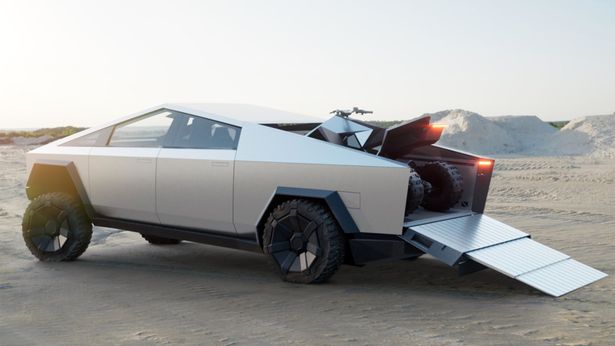 "It will be a niche product at best and poses no threat in the pickup market as we know it today,” wrote Matt DeLorenzo, senior executive editor at automotive research company Kelley Blue Book.

But the armored glass window cracked like a spider web when hit with a metal ball during a demonstration. Musk appeared surprised although he noted the glass had not completely broken. 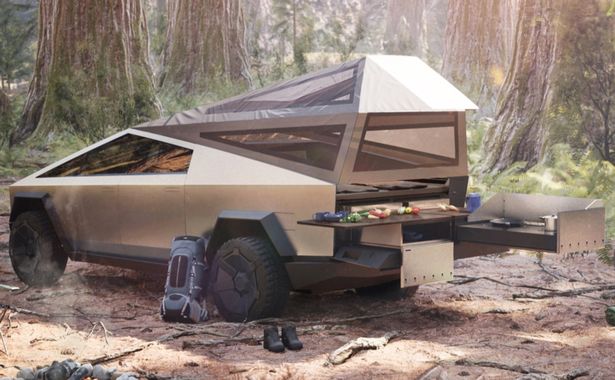 Its unique design has divided fans on Twitter , with some even claiming it ‘must be a joke.’

One user tweeted: “Ugly does not even describe the Tesla cyber truck. I am sure this must be a joke!”

And one joked: “Why does that new tesla truck look like something you’d drive to survive a zombie apocalypse…”

However, others praised the design, claiming it’s a glimpse into what cars will look like in the future.

One user wrote: “Everyone’s out here dunking on the Tesla Cybertruck, but I kinda dig it! It’s futuristic and weird and a cross between the Back to the Future DeLorean and Aliens M577.”

And another added: “I love the design @elonmusk! Thank you for being different in the sea of boring repeated designs. No company would ever be so bold, yet you all @Tesla are building a bold future. I want one.”

Production is expected to begin around late 2021.

by Elizabeth Hopper Peter Dazeley/Getty Images If you are a perfectionist, you are probably familiar with the feeling…