Why Do Chimpanzees Throw Poop? 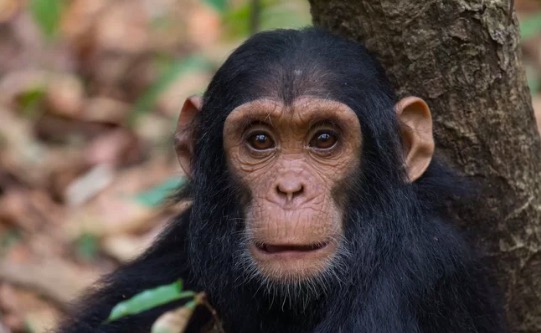 Going to the zoo can be a great adventure, especially if you find poop hurtling in your direction. The likely perpetrators, chimpanzees, are known to sometimes throw their feces at visitors. But what's the reason behind this behavior?

And, more importantly, should you consider yourself lucky to be the center of their attention?

Throwing feces is not a regular occurrence for primates, at least not most of them. Primates in the wild don't normally throw feces, Karen Strier, a professor of anthropology at the University of Wisconsin-Madison, told Live Science. It's typically observed only in captive populations of chimpanzees. [Why Haven't All Primates Evolved into Humans?]

In her research, Strier studies the northern muriqui (Brachyteles hypoxanthus), which may be one of the most peaceful primates in the world. These animals live in the forests of Brazil, and they don't have social hierarchies in their groups. This even-footing might make aggression unnecessary, at least for those monkeys, Strier said.

Chimpanzees (Pan troglodytes), on the other hand, do have hierarchical social groups. They are known to drag tree branches or throw rocks when they are frustrated or annoyed or when they want to display dominance.

"They're capable of expressing so much … they're really good communicators," said Ronnie Steinitz, a doctoral student in the Integrative Anthropological Sciences program at the University of California, Santa Barbara. Throwing rocks and branches is part of how these animals communicate, and being a good communicator can be an advantage in their society. For example, a male chimpanzee who can get back on the good side of an alpha male after a fight — meaning he's likely a good communicator — might not get shunned from the group. Experts think that in male chimpanzees reconciling after an aggressive conflict leads to social bonding and helps to establish the hierarchy.

Moreover, a 2012 study published in the journal Philosophical Transactions of the Royal Society B suggested that chimpanzees that are better at throwing objects have more developed brains.

In zoo environments, especially if groups of people are staring at them, the chimps may get riled up or frustrated, and they may decide to convey that emotion to their captive audience.

"Since they're usually deprived of rocks, or branches, or any small objects like that, for this exact reason, they opt for the next best thing that they have within reach, which is usually poop," Steinitz told Live Science. This explains why you might need to take cover next time you're at the ape house.

However, there is a silver lining: If you're not bothering the chimpanzees, you should be flattered that these primates consider you worthy of their poop-throwing attention.

"Think of it as another intelligent being trying to communicate with you," Steinitz said.

The Milky Way has a long history of cosmic cannibalism Our galaxy has stolen many a star. A computer…