Scientists Have Reportedly Created Human-Monkey Embryos In A Lab 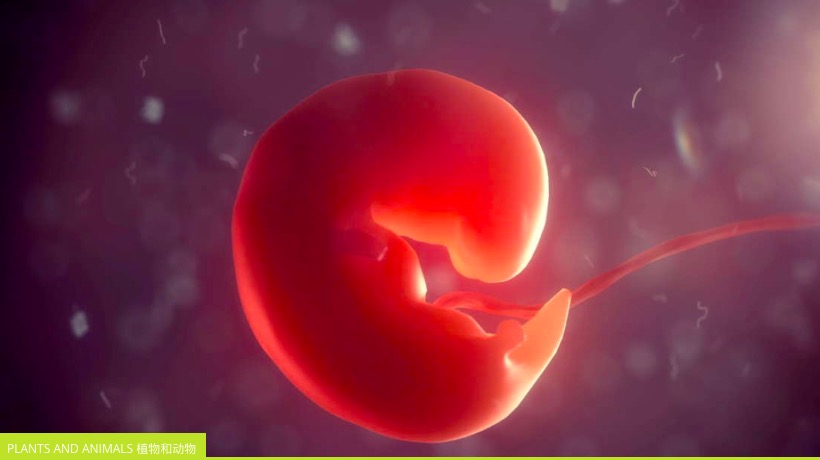 Scientists have made a controversial leap and created the world's first human-monkey chimera embryos in a lab, according to Spanish newspaper El País who recently spoke to Juan Carlos Izpisúa Belmonte, a Spanish-born biologist who claims to have led research in China involving the creation of part-human, part-monkey embryos.

The basic idea behind this involves injecting human embryonic stem cells into the embryo of another species. If the cells take root successfully and all goes to plan, the result is a monkey embryo that has certain tissues or organs with incorporated human cells. Unlike a hybrid, the DNA of each cell won't be a blend of human and monkey genes. Instead, a human-animal chimera contains a mixture of human cells and animal cells within the same organism.

Since there is no peer-reviewed study on the work just yet, the details are fairly thin on the ground. But based on previous bioengineering research, it’s probably safe to assume the chimeras were terminated at the embryo stage. The team is also believed to have used CRISPR gene editing to ensure the human stem cells were accepted.

Izpisúa usually works on stem cell research at the Salk Institute in California, but carried out the research in China to avoid legal issues and tight regulations on bioengineering. This is the same team of scientists who also created the world’s first pig-human chimera embryo back in 2017. That time around, the human stem cells ultimately failed to function properly in the later embryo. Since monkeys and humans are more closely related, the chances of success are theoretically higher.

You might be wondering (and we don’t blame you) why anyone would want to this? The organs produced through this technique would be a valuable resource for scientists looking to study embryo development, disease, and organ function. Also of note, there are hopes the chimera animals could be used to create a custom organ for human transplantation, thereby freeing patients from the need for human donors.

Needless to say, this subject is riddled with ethical problems, legal head scratches, and a fair scoop of controversy. The Roman Catholic Church said that human-animal embryos were “monstrous” and should be banned, while lawmakers have previously shown concern about whether the research will blur the lines of what it is to be human, both legally and philosophically. Given the evolutionary closeness of monkeys and humans, the project is even more likely to spark contention. However, it appears that Izpisúa is unlikely to be dissuaded from any such criticism.

“History shows us again and again that, over time, our ethical and moral scales change and mutate, like our DNA, and what yesterday was ethically unacceptable, if it creates a breakthrough for the progress of humanity, becomes an essential part of our lives today,” Izpisúa told El País in 2017.