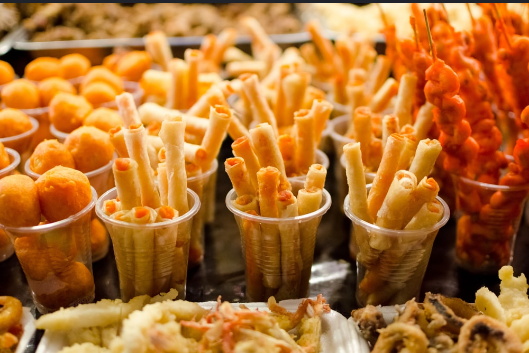 Street Food is a type of prepared food sold on the streets and other public places. It is usually cheaper food than one sold in restaurants and it can be sold from a kiosk, portable food booth, food cart or food truck. Food sold there can be of local character or some, almost universal, type of food like hot dogs, burgers and such. Food and Agriculture Organization of the United Nations performed a study in 2007 that showed that some 2.5 billion people in the world eat street food every day. 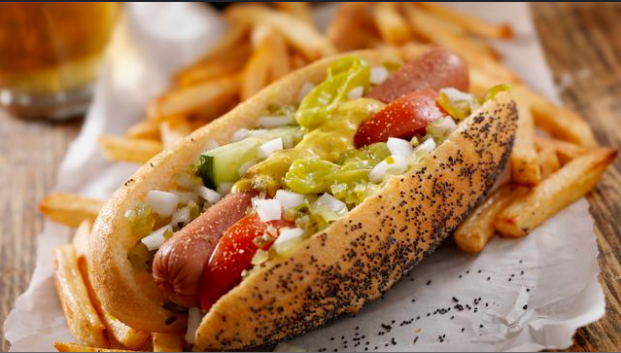 People sold ready-to-eat food since the earliest civilizations. Ancient Greeks had street vendors that sold small fried fish while the Ancient Romans (or at least their lower classes) depended on street food for nutrition because they often didn’t had ovens in their homes to prepare food. In China (also ancient) street food was also intended for poor but the wealthy citizens would sometimes send their servants to buy them street food. Street vendors of 14th century Egypt sold lamb kebabs, rice and fritters. Even the Aztecs had vendors in their marketplaces that sold atolli (which is a gruel made from maize dough) and tamales with different kinds of already prepared meat. In North America, during the American Colonial period, street food that was sold was tripe, oysters, roasted corn ears, fruit and sweets. Europe of that time also knew about street food. Fried strips of potato were sold on the streets of Paris in 19th century and were the origin of french fries. Transylvanian vendors of the same time sold cookies, cream mixed with corn, and bacon. Londoners could by on the street tripe, pea soup, pea pods in butter, whelk, prawns and jellied eels. Today, street food is less local by type and at one place you van find cuisines characteristic for a country as well as food from other side of the world. 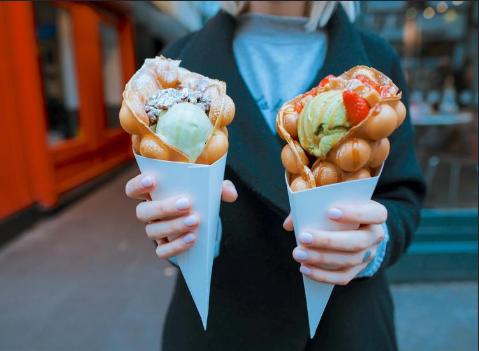 In Indonesia, street food is sold from carts and bicycles.
Some cultures consider rude walking on the street while eating.
Multiple studies showed that contamination of food that street food vendors sell is at the same level as the contamination at restaurants.
Take-away pizza sold by street vendors in Italy is different than a pizza from pizzeria. It has a a thick base and is baked and sold in square or rectangular portions.
Polish vendors sell, among other street food, zapiekankas which are halved baguette or bread grilled with mushroom, cheese and some type of meet.
Mumbai, India has more than a half a million of street food vendors.
Taco is the most searched street food on the Internet.
Street vendors of Bangkok feed 40% of population of that city.
Street food vendors also sell soft drinks and even coffee.
The most common street food in United States are hot dogs.
Street vendors in Brazil sell cheese buns called chipá which are small, baked, cheese-flavored rolls.
Many places in the world have their variant of meat in bread as a popular street food.