When You Eat Is More Important Than What You Eat

A practical guide to time-restricted eating 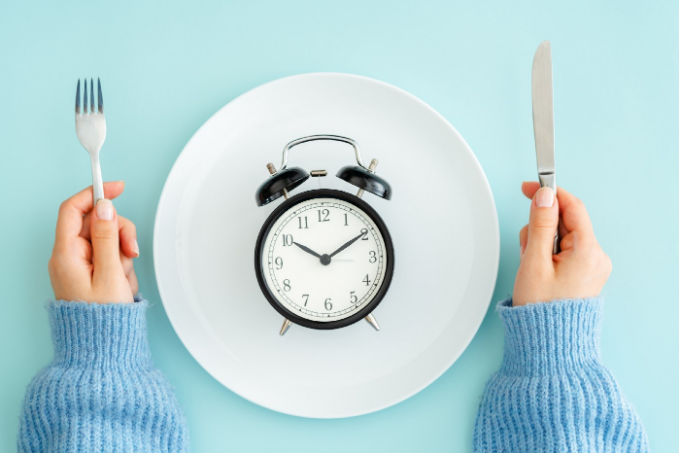 The latest science around fasting is catching a lot of attention. Studies show time-restricted eating (TRE) increases lifespan and decreases the incidence of major diseases, including cancer and cardiovascular disease.

TRE means consuming all your calories — whether from food or drink — within a specific time frame each day, called the eating window.

It turns out you can greatly impact your health just by limiting your daily eating window. The quality of your diet still matters, of course, but the success of TRE lends credence to the idea that when you eat is even more important than what you eat.

Every time you eat — even just a bite of food — it triggers a process of digestion, absorption, and metabolism that takes hours to complete. And when your body is dedicated to processing food, it can’t also repair and restore.

Dr. Satchin Panda is arguably the world’s top expert on TRE. Panda is a professor at the Salk Institute for Biological Studies and author of the book The Circadian Code. He has also analyzed the daily eating, sleeping, and activity patterns of thousands of people as part of his ongoing research.

In his book, Panda says setting an eating window and sticking to it is one of the most important things you can do for health and longevity. This is because every time you eat — even just a bite of food — it triggers a process of digestion, absorption, and metabolism that takes hours to complete. And when your body is dedicated to processing food, it can’t also repair and restore.

You need to go at least 12 hours without consuming calories for the cycle to qualify as TRE. (For example, an overnight fast from 8 p.m. to 8 a.m.) But it appears as though the shorter the eating window (and the longer the fasting window), the better.

“While the science at 12 hours is impressive, lowering your window to as few as eight hours is significantly advantageous,” explains Panda. “This is because the health benefits that you get from eating within a 12-hour window double at 11 hours, and double again at 10, and so on, until you reach an eight-hour window.” TRE isn’t a short-term fad diet — it is a routine to follow for the rest of your life.

Hugh Jackman’s famous “Wolverine Diet” is an example of an eight-hour TRE. Recent research shows that going down to a six-hour eating window can be a worthy goal, but it can take a while to get to that point and might not be sustainable in the long run.

Regardless of the duration of your eating window, what’s most important is that you remain consistent. TRE isn’t a short-term fad diet — it is a routine to follow for the rest of your life. According to Panda, “If you eat three times a week outside a 12-hour window, you are not adhering to TRE.” His data reveals that 50% of adults in the United States regularly eat for 15 hours or longer.

It is much better to set an achievable schedule than to be overly restrictive from the get-go. Panda advises starting with a 12-hour TRE and working your way down over time.

Is there an optimal window to choose?

“I can’t predict what 12-hour window you should start with,” says Panda. “Some people love breakfast foods and need them to jump-start their day. Others wait until noon and can more easily handle a shorter TRE. Only you can make that decision.” What about breakfast being the most important meal of the day? “Your brain really doesn’t need breakfast to provide extra energy,” asserts Panda.

However, he does point out there is an increased benefit to starting your window earlier in the day, primarily because you don’t want to eat too close to bedtime.
“Eating late at night is by far the worst choice you can make,” says Panda. He advises giving yourself at least three hours between your last bite or sip and the time you go to sleep — eating your last meal around 6 or 7 p.m. Your body needs that digestion time in order to have restorative sleep.

“Sleep is when most of the cleanup of damaged cell proteins occurs,” says Panda. “When you get more sleep, your brain naturally has more time to repair and cleanse its waste.” This helps protect against neurodegenerative diseases such as Alzheimer’s and other forms of dementia. That means no nightcap before bed, either. If you like to wind down with a glass of wine or a cocktail, Panda says a better habit is to have a drink before dinner, or during dinner, if it’s at least a couple hours before bed.

If you’re tracking your diet to match low-carb, sugar-free, paleo, vegan, Mediterranean, Blue Zones, Atkins, or Warrior Diet standards, you can let them go in TRE, according to Panda. You can eat whatever makes you feel best, as long as you confine it to a condensed period. If you’ve had good results with any particular dietary style, feel free to stick with it and you’ll likely further boost the benefits by combining it with a smaller eating window.

Panda personally adheres to an 11-hour TRE. He eats his first meal of the day around 8 a.m. and finishes dinner by 7 p.m., which is several hours before his 10:30 p.m. bedtime. He acknowledges that not every day goes perfectly according to that schedule — but he does his best to stick to the routine. Even if he winds up eating a later dinner, he still tries to give his stomach at least 12 to 13 hours rest before his next meal.

As for me, I like an eight-hour TRE window from about 12 to 8 p.m. each day (commonly referred to as 16:8 intermittent fasting). I still consume black coffee and tea during my fasting window, which helps immeasurably.
There is some debate about whether tea and black coffee are technically “allowed.” Purists like Panda say anything you eat or drink apart from water breaks a fast. However, other experts say coffee or tea (without cream or sugar) is okay and may actually amplify the benefits of fasting.

The takeaway message is clear: Time-restricted eating is a simple tool available to everyone — and it doesn’t require any significant changes to what or how much you eat. The best reason to shorten your eating window? It may, in turn, prolong your life.