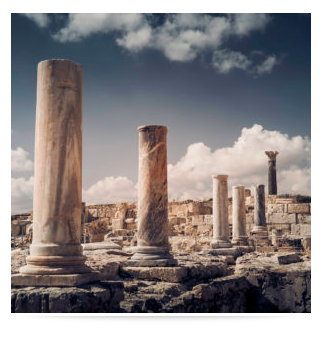 Simply, archaeology is the study of people in the past, their activities and actions, cultural practices, tools and technological development, and in some cases (where possible) their superstitious and religious practices, expression of their cultural identity and other beliefs about themselves or the world around them.

It mostly looks at material remains but has recently evolved to examine landscapes and concepts of topography, providing a crossover with both human geography and environmental studies. It began in Europe around the late 17th century, studying ancient monuments and sites with the expressed purpose of discovering artifacts and treasures and putting them on display.

Today, professional archaeologists study both the prehistoric and the historic period.

How Did Archaeology Start?

Archaeology as a discipline started in Europe in the 18th century, developing organically from an area of study known as “antiquarianism” which had been around since The Roman Empire. The keeping of artifacts as cultural or historical curiosities is an early one, but was not considered politically important or as a sense of national pride which we would now consider the later antiquary's motivations. Humans have always placed value on objects to which we ascribe either meaning or its own family historical importance. Even in medieval societies, interested people collected images of ancient stone texts, sketches of curious monuments and other artifacts that we would today consider of archaeological interest.

The Origins of Modern Archaeology

Archaeology began as a natural and necessary progress from the enlightenment, but it was still largely influenced by a sense of national identity and local pride, as already discussed. Naturally, we can expect this to continue its meteoric growth in Europe at a time when empires were forming and expanding. It should come as no surprise that some of the best-known museums opened around the same time.

Archaeology in the 20th Century

By the turn of the century, archaeology became an academic discipline, no longer the hobby of Europe's elite.

By 1950 it was a professional academic discipline requiring high-level education and long-term study. Schools all over the developed world began teaching it. Colleges and universities offered degrees and post-graduate courses before the 1960s. By the 21st century, practically all archaeologists (including manual labor excavators) had archaeology degrees. There are now effectively two sides to archaeology: archaeology in theory, and archaeology in practice.

As already discussed, archaeology is not simply about digging up past human remains and preserving it for people to enjoy, wonder at and feel a sense of shared identity. Academic archaeology is about interpreting the meaning of these finds, what their users thought about the objects and monuments, how they might have been used, by whom and when. This is especially important for artefacts whose meanings have been lost or where there are no written records to explain their contact.

Why are there so many humans? Having lots of kids is great for the success of the species. But…

Why do some people never gain weight? It's much more complicated than a fast metabolism. It's one of life's…