Was it the asteroid or colossal volcanism that initiated the demise of the dinosaurs 66 million years ago?

This has been a bit of a "to and fro" argument of late, but now a group of scientists has weighed in with what they claim is the definitive answer.

"It was the asteroid 'wot dun it'!" Prof Paul Wilson told the BBC.

His team's analysis of ocean sediments shows that huge volcanoes that erupted in India did not change the climate enough to drive the extinction.

Volcanoes can spew enormous volumes of gases into the atmosphere that can both cool and warm the planet.

And the Deccan Traps, as the volcanic terrain in India is known, certainly had massive scale - hundreds of thousands of cubic km of molten rock were erupted onto the land surface over thousands of years.

But the new research from Southampton University's Prof Wilson, and colleagues from elsewhere in Europe and the US, indicates there is a mismatch in both the effect and timing of the volcanism's influence.

The group drilled into the North Atlantic seafloor to retrieve its ancient muds.

"You get about a thousand of them in a teaspoon of sediment. And we can use their shells to figure out the chemistry of the ocean and its temperature, so we can study in great detail the environmental changes that are occurring in the run-up to the extinction event.

"And what we discovered is that the only way in which we can get our (climate) model simulations to match the observed temperature changes is to have the volcanic emissions of harmful gases done and dusted a couple of hundred thousand years before the impact event.

"We find the impact event is exactly contemporaneous with the extinction."

Investigations of a 200km-wide crater under the Gulf of Mexico suggest it is the scar left by the culprit asteroid.

When it hit the Earth, the city-sized object would immediately have generated tsunami and wide-scale fires - in addition to hurling billions of tonnes of debris in all directions.

But what scientists have also established recently is that the asteroid struck rocks rich in sulphur. When this material was vaporised and ejected into the high atmosphere, it would have led to a rapid and deep cooling of the climate (albeit over a relatively short period), making life a struggle for all sorts of plant and animal life.

As the fossil record shows, the dinosaurs, apart from birds, couldn't get beyond the stressful environmental changes. In contrast, the mammals could and rose to the prominence they enjoy today.

The new study is published in the journal Science. Its lead author is Dr Pincelli Hull from Yale University.

The impact that changed life on Earth 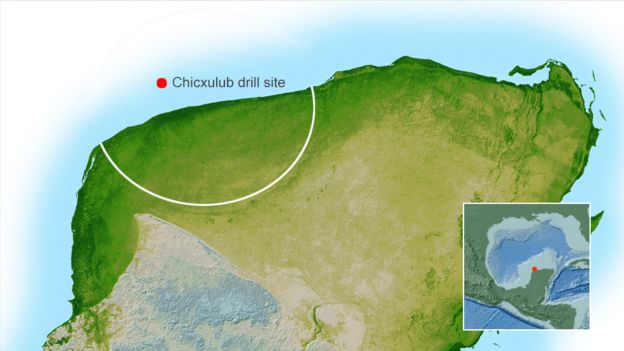 On land, it is covered by limestone, but its rim is traced by an arc of sinkholes

Why being a loner may be good for your health By Christine Ro We tend to decry being alone.…

Why Do Smells Trigger Memories? By Everyday Einstein Sabrina Stierwalt Your sense of smell may be a better memory…