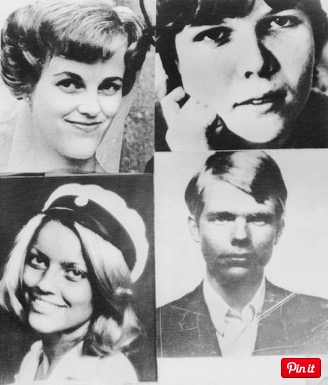 Stockholm syndrome develops when people are placed in a situation where they feel intense fear of physical harm and believe all control is in the hands of their tormentor. The psychological response follows after a period of time and is a survival strategy for the victims. It includes sympathy and support for their captor's plight and may even manifest in negative feelings toward officers who are trying to help the victims. Situations in which the victims have displayed this kind of response have included hostage situations, long-term kidnappings, members of cults, prisoners of concentration camps, and more.

People exhibiting Stockholm syndrome become protective of their captors, even to the point of foiling the police efforts at their rescue.
The syndrome is not a named disease in any manual but rather a description of people's behaviors who've been traumatized over a period of time.
While hostages and kidnapping victims can exhibit these behaviors, so can people in abusive relationships or members of cults.

Origin of the Name

The name "Stockholm syndrome" was derived from a 1973 bank robbery (Kreditbanken) in Stockholm, Sweden, where four hostages were held for six days. Throughout their imprisonment and while in harm's way, each hostage seemed to defend the actions of the robbers.

As an illustration of the hostages' strange thoughts and behavior under psychological distress, History.com presents this example: "[T]he hostage recounted to the New Yorker, 'How kind I thought he was for saying it was just my leg he would shoot.'”

The hostages even appeared to rebuke efforts by the government to rescue them. They pled for the captors not to be harmed during the rescue and orchestrated ways for that to happen.

Immediately following the incident, the victims couldn't explain to psychologists their sympathetic feelings and lack of anger and hatred toward their captors.

Months after their ordeal had ended, the hostages continued to exhibit loyalty to the robbers to the point of refusing to testify against them as well as helping the criminals raise funds for legal representation. They even visited them in prison.

The response of the hostages intrigued behaviorists and journalists, who, following the incident, conducted research to see if the Kreditbanken incident was unique or if other hostages in similar circumstances experienced the same sympathetic, supportive bonding with their captors.

The researchers determined that such behavior was common among people who'd gone through similar situations. A psychologist who'd been involved with the Stockholm hostage situation coined the term "Stockholm Syndrome," and another defined it for the FBI and Scotland Yard to enable officers to be able to understand that possible aspect of a hostage situation. The study of the condition helped inform their negotiations in future incidents of the same type.

Individuals can succumb to Stockholm syndrome under the following circumstances:

The belief that one's captor can and will kill him or her. The feelings of relief by the victim for not being killed then turn to gratitude.

Isolation from anyone but the captors

The belief that escape is impossible

The passage of at least a few days in captivity

Victims of Stockholm syndrome generally suffer from severe isolation and emotional and physical abuse also demonstrated in characteristics of battered spouses, incest victims, abused children, prisoners of war, cult victims, procured prostitutes, slaves, and kidnapping, hijacking, or hostage victims. Each of these circumstances can result in the victims responding in a compliant and supportive way as a tactic for survival.

It is similar to the reaction from brainwashing. Victims show some of the same symptoms as those who have post-traumatic stress syndrome (PTSD), such as insomnia, nightmares, difficulty concentrating, distrust of others, irritability, confusion, a sensitive startle reflex, and a loss of pleasure in once-favorite activities.

In the year following the Stockholm bank incident, the syndrome was widely understood by the masses because of the case of Patty Hearst. Here is her story and other more recent examples:

Patty Hearst, at age 19, was kidnapped by the Symbionese Liberation Army (SLA). Two months after her kidnapping, she was seen in photographs participating in an SLA bank robbery in San Francisco. Later a tape recording was released with Hearst (SLA pseudonym Tania) voicing her support and commitment to the SLA cause. After the SLA group, including Hearst, was arrested, she denounced the radical group.

During her trial her defense lawyer attributed her behavior while with the SLA to a subconscious effort to survive, comparing her reaction to captivity to other victims of Stockholm syndrome. According to testimony, Hearst had been bound, blindfolded, and kept in a small, dark closet, where she was physically and sexually abused for weeks before the bank robbery.

On June 10, 1991, witnesses said they saw a man and a woman abduct 11-year-old Jaycee Lee Dugard by a school bus stop near her home in South Lake Tahoe, California. Her disappearance remained unsolved until August 27, 2009, when she walked into a California police station and introduced herself.

For 18 years she was held captive in a tent behind the home of her captors, Phillip and Nancy Garrido. There Dugard gave birth to two children, who were ages 11 and 15 at the time of her reappearance. Although the opportunity to escape was present at different times throughout her captivity, Jaycee Dugard bonded with the captors as a form of survival.

In August 2006, Natascha Kampusch from Vienna was 18 years old when she managed to escape from her kidnapper, Wolfgang Priklopil, who had kept her locked in a small cell for more than eight years. She remained in the windowless cell, which was 54 square feet, for the first six months of her captivity. In time, she was permitted in the main house, where she would cook and clean for Priklopil.

After several years of being held captive, she was occasionally allowed out into the garden. At one point she was introduced to Priklopil's business partner, who described her as relaxed and happy. Priklopil controlled Kampusch by starving her to make her physically weak, severely beating her, and threating to kill her and the neighbors if she tried to escape. After Kampusch escaped, Priklopi committed suicide by jumping in front of an oncoming train. When Kampusch learned that Priklopil was dead, she cried inconsolably and lit a candle for him at the morgue.

In a documentary based on her book, "3096 Tage" ("3,096 Days"), Kampusch voiced sympathy for Priklopil. She said, "I feel more and more sorry for him—he's a poor soul." Newspapers reported that some psychologists suggested Kampusch may have been suffering from Stockholm syndrome, but she does not agree. In her book, she said the suggestion was disrespectful of her and did not properly describe the complex relationship that she had with Priklopil.

More recently, some believe Elizabeth Smart fell victim to Stockholm syndrome after her nine months of captivity and abuse by her captives, Brian David Mitchell and Wanda Barzee. She denies that she had sympathetic feelings toward her captors or captivity and explained that she was just trying to survive. Her kidnapping is portrayed in the 2011 Lifetime movie, "I Am Elizabeth Smart," and she published her memoir, "My Story," in 2013.

She is now an advocate for child safety and has a foundation to provide resources for those who've suffered traumatic events.

Lima Syndrome: The Flip Side

When captors develop feelings of sympathy for their hostages, which is rarer, it's called Lima syndrome. The name comes from a 1996 Peru incident during which guerrilla fighters took over a birthday party for Japanese Emperor Akihito, given at the home of the Japanese ambassador. In a few hours, most of the people had been freed, even some of the most valuable to the group.