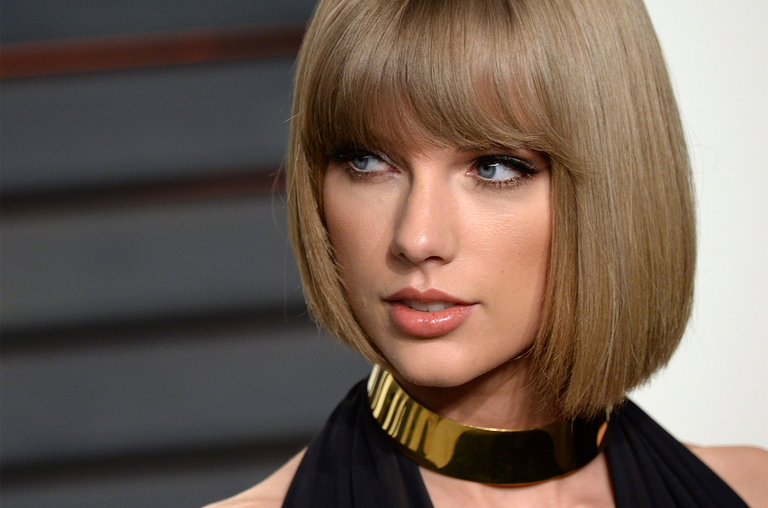 Four months after Scooter Braun’s acquisition of Big Machine Label Group, and with it the entire, six-album catalog Taylor Swift has released through it, the heat between Swift, Braun and Big Machine Records founder Scott Borchetta has escalated--immensely.

On Thursday (Nov. 14), the songstress took to social media to reveal that her Nov. 24 American Music Awards performance celebrating her Artist of the Decade honor and an upcoming Netflix documentary on her recent career "are a question mark."

"I've been planning to perform a medley of my hits throughout the decade on the show. Scott Borchetta and Scooter Braun have now said that I'm not allowed to perform my old songs on television because they claim that would be re-recording my music before I'm allowed to next year," Swift wrote in a lengthy statement she shared.

As for the Netflix doc, which she notes "isn't the way I had planned on telling you this news," "Scott and Scooter have declined the use of my older music or performance footage for this project, even though there is no mention of either of them or Big Machine Records anywhere in the film."

She goes on to claim that the record label exec told her team that she can use her music "If I agree to not re-record copycat versions of my songs next year (which is something I'm both legally allowed to do and looking forward to) and also told my team that I need to stop talking about him and Scooter Braun."

"The message being sent to me is very clear," she continued. "Basically, be a good little girl and shut up. Or you'll be punished. This is WRONG. Neither of these men had a hand in the writing of those songs. They did nothing to create the relationship I have with my fans."

Swift goes on to ask her supporters to "please let Scott Borchetta and Scooter Braun know how you feel about this," and also encourages her fans to reach out to other artists Braun manages "hoping that maybe they can talk some sense into the men who are exercising tyrannical control over someone who just wants to play the music she wrote."

See her full note below. 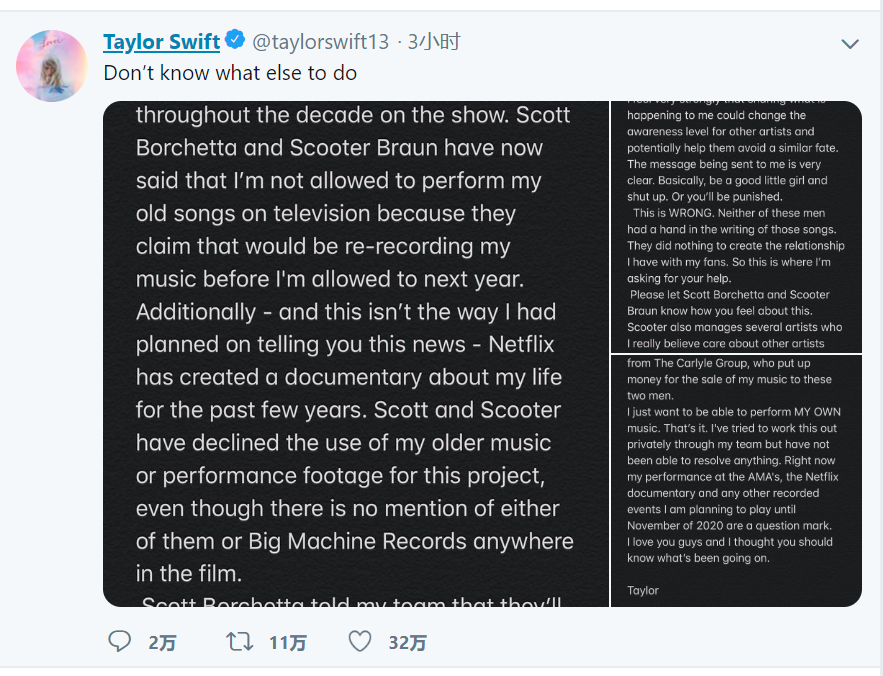