Halloween is approaching fast. One can just about taste the trick or treat candy and smell the Pumpkin Spice in the air. And of course, no Halloween is complete without a few scary urban legends. On this list are some lesser known, but still spine-tingling spooky stories to keep in your back pocket for those moonless nights around the campfire… or you know, the TV, for the less adventurous… 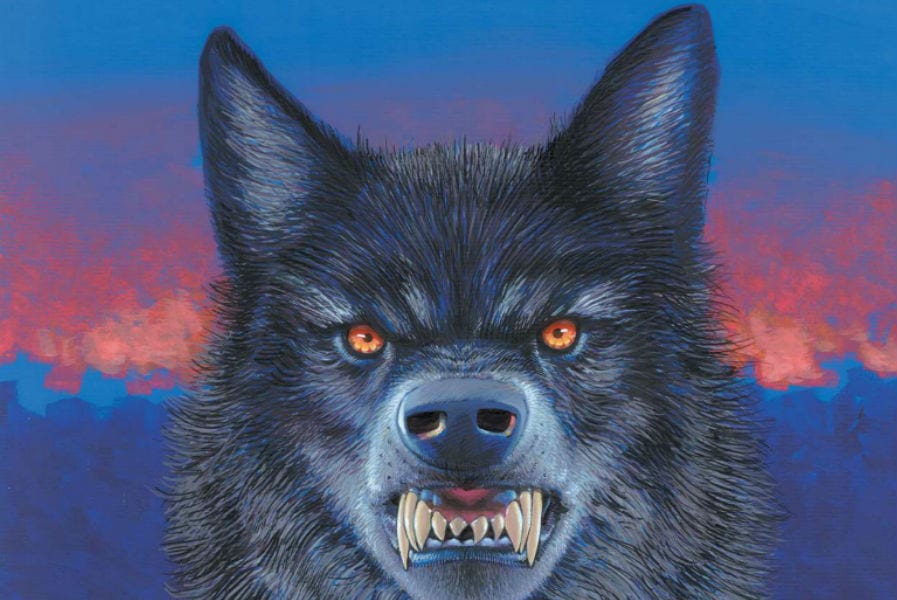 In South America, ancient legends tell of spirit dogs that help humans cross over to the other side after death. Now this may sound heart-warming, however one tale was adapted specifically to highlight the difference between good and evil.

6、The Curse of Lake Lanier 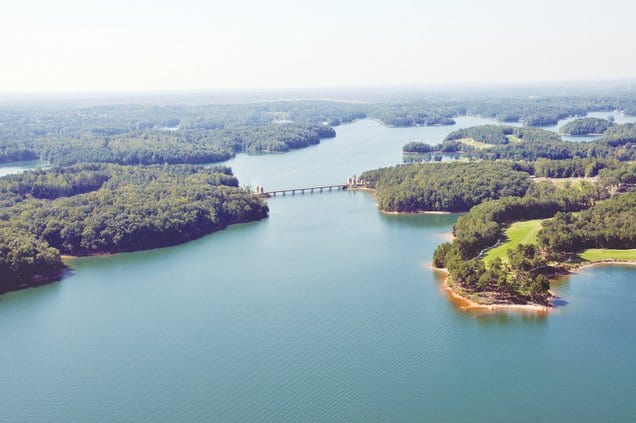 Lake Sidney Lanier lies in the northern part of Georgia and stretches out over 26 miles. It is the largest lake in Georgia and dates to 1948. It took 5 years for the lake to reach the desired water level. During this time many structures surrounding the lake were eventually abandoned, as the government relocated families and businesses. These structures included houses, buildings, fields, roads and more. Essentially this means that there are entire ghost towns lying underneath Lake Lanier’s surface, including the towns’ desecrated cemeteries.

As time went by, strange things started happening at the lake. People started noticing a high number of deaths including drownings, boating accidents and cars that crash land into the water. Reports surfaced of boats hitting invisible objects in the lake and capsizing. Swimmers who barely survived drowning, reported being pulled or held underwater. Very soon the lake earned the moniker of being cursed. Furthermore, people also disappear around the lake at an alarming rate. One of the most haunting stories that surround Lake Lanier is the disappearance of Delia Parker Young and her friend Susie Roberts in 1958. The two girls had paid a visit to a gas station near the lake and had allegedly driven off without paying. Across Lanier Bridge were skid marks that seemed to indicate the car they were traveling in had gone off the bridge and into Lake Lanier.

A year and a half of searching for the bodies of the girls proved fruitless. Then a fisherman got the fright of his life when a decomposed body appeared to float up from the depths of the lake, right in front of him. There were two toes missing from the left foot of the body and both hands were gone. Assuming the body was that of Delia Parker Young, it was buried in an unmarked grave. Many years later in 1990, when construction workers dredged Lake Lanier to set up pillars for the expansion of Lanier Bridge, they discovered the car with Susie’s remains still inside. She was eventually buried next to Delia.

Soon after, sightings were being reported of a transparent figure wearing a blue dress and missing its hands, walking the length of the bridge. Considering that Delia Parker Younger wore a blue dress the night she died, people claim it is her ghost looking for her lost hands. 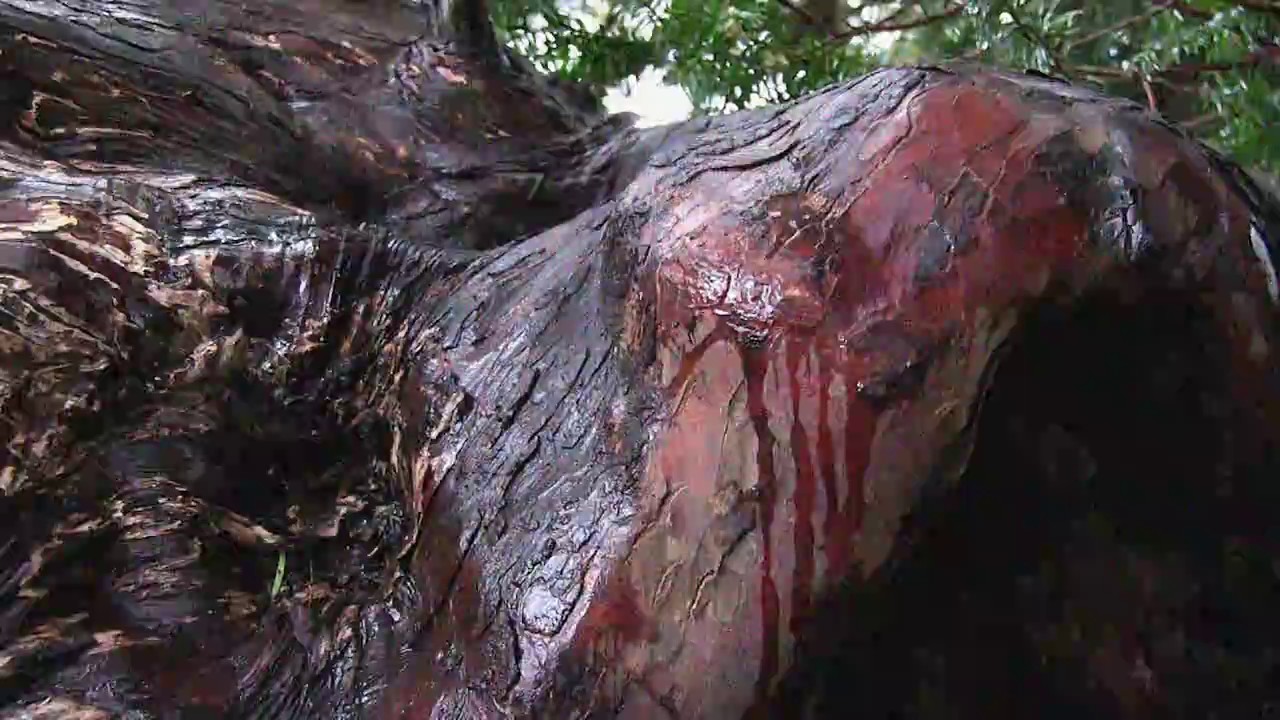 In Llangernyw, a small village in Conwy, North Wales, villagers who visit the medieval church in the area do so to find out whether they would die in the coming months. It is said that an ancient supernatural being called the Angelystor appears in the church and recites the names of the parish members who would die soon. The Angelystor appears only twice a year, on 31 July and 31 October.

According to legend, a tailor named Shôn ap Robert mocked the idea of the ancient being while downing a couple of beers at the local watering hole. His drinking buddies dared him to take a walk up to the church, since he was a complete sceptic. Robert wasted no time in making his way to the medieval church, scoffing as he went. But his blood ran cold as he heard a voice from within the church reciting names; the first of which was his own. Terrified, Robert screamed that he wasn’t ready to die, but to no avail. He died shortly afterwards. 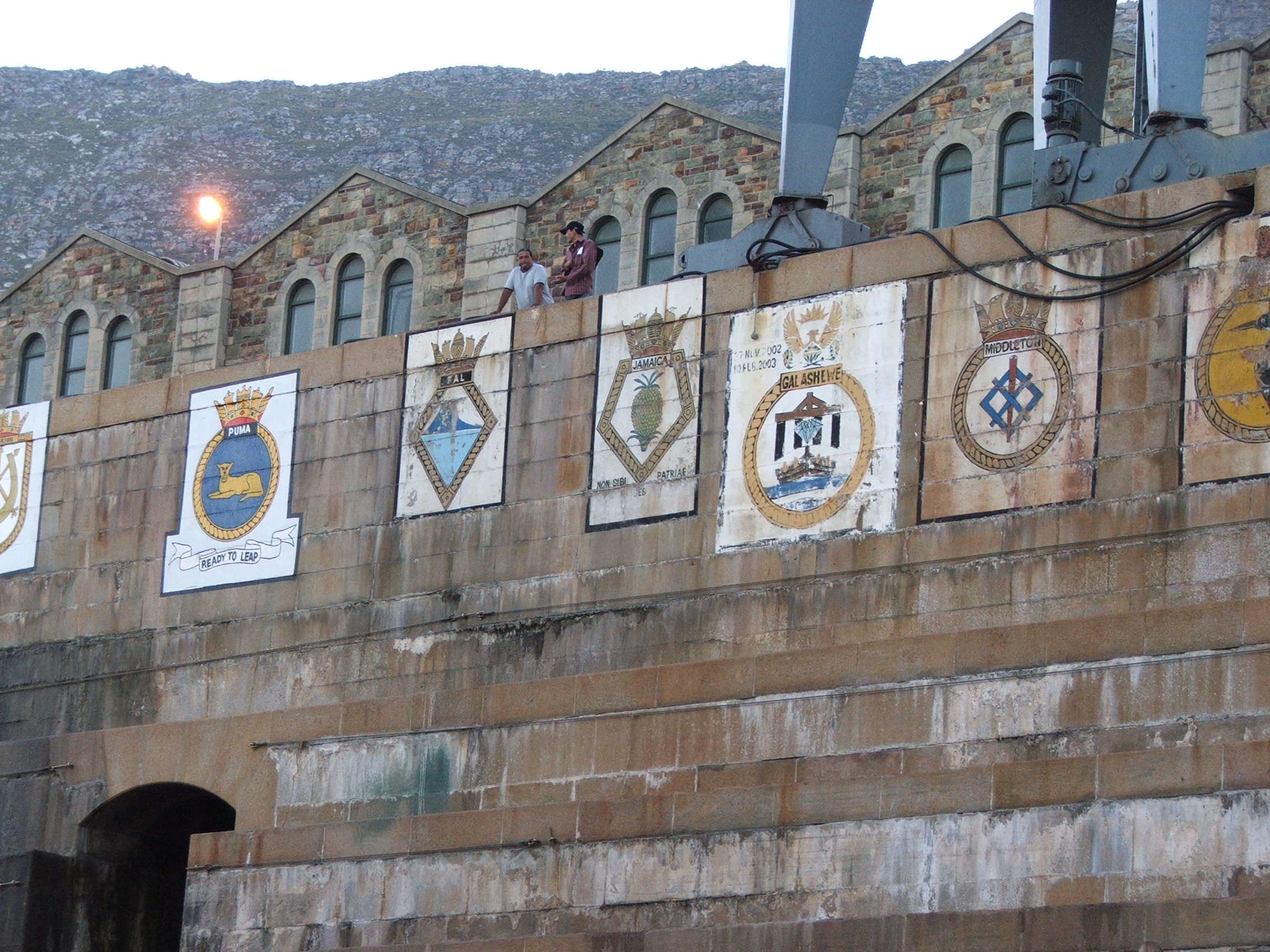 Simon’s Town is home to the South African Navy’s Naval Base and is located on False Bay, east of the Cape Peninsula. The town is the fifth oldest in South Africa and rumored to be among the most haunted. Part of its ghostly reputation began back in 1900 with the building of the Selborne Dock at the harbour to accommodate expanded steam propulsion vessels.

It took 10 years to complete construction on the dock and the intense labour of 3000 workers. Indian craftsmen and Italian masons were amongst the labourers. However, when it came to safety regulations, those who ran the building project were more concerned with finishing on time than ensuring all workers were safe. Consequently, because of the lack of safety measures on site, 33 workers died during the building process. Some of the dead included the Italian masons whose graves are located close to Selborne Dock.

It has been said that when visitors pass by the wall of the dock to visit Boulder’s Beach nearby, hands appear out of the structure, desperately grabbing at whoever is close enough. Giving up in despair, the hands fade back into the stone façade of the dock. Naturally, legend has it that these are the hands of the 33 dead labourers trying their best to pull themselves back into the land of the living.

3、The Last Bus to Fragrant Hills 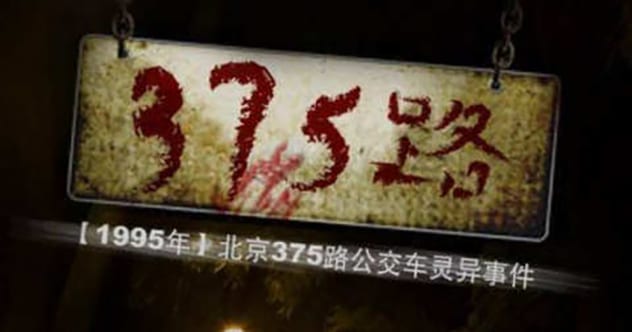 China is well known for its creepy urban legends and superstitions. One of these legends tells the story of a young man who got on the last bus heading to Fragrant Hills in Beijing on 14 November 1995. The man had just taken his seat when two men outside tried to flag the bus down. As these men were not waiting at a designated bus stop, the bus driver almost sped right past them. However, the conductor on board told the driver to stop as this would be the last trip to Fragrant Hills for the night.

To the bus passengers’ surprise there were actually three men and they were wearing Qing Dynasty robes. One of the men had long, tangled hair. The other passengers felt a little troubled because the men’s faces were ghostly white, and they did not speak. However, the bus journey was uneventful and eventually all the passengers disembarked apart from the mystery men, the young man and one old lady.

Out of nowhere the old lady started yelling at the young man, claiming that he had stolen her wallet. A terrible argument ensued with the old lady insisting that they both get off the bus and go to the closest police station. The young man was livid as he got off the bus, seeing as how he would not get home and there was no police station in sight to clear up the misunderstanding. Just then, the old lady turned to him and said that the wind from the windows in the bus raised the robes of the mystery men and she saw that they had no feet. That was why she insisted that the young man leave the bus with her.

The following day it became known that the bus, which was numbered 302, had gone missing right after the old lady and young man disembarked. It was found three days later, miles away from Fragrant Hills, inside a reservoir. Inside the bus were the bodies of the driver, the conductor and one unidentified man with long, tangled hair. Another version of the tale states that instead of three ghosts on the bus, it was just one female ghost in a red dress. Yet another version says the gas tank of the bus was filled with blood, or that the bus was never found again. 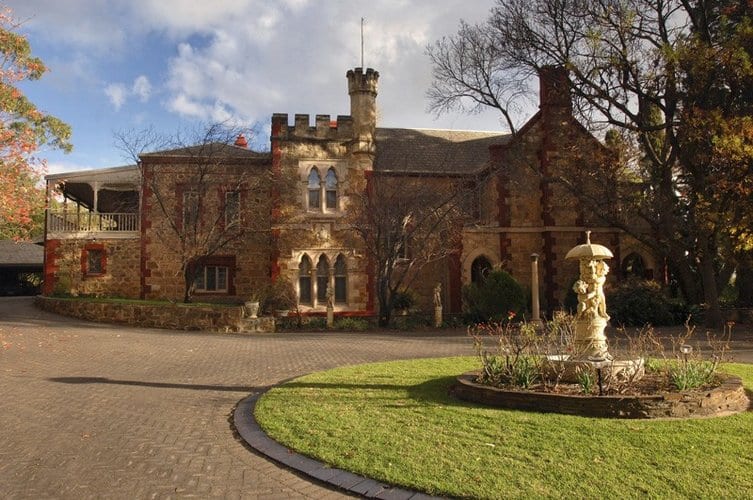 At the beginning of the twentieth century, Dr Michael Schneider bought a mansion in Adelaide, Australia. Known as Clifton Manor, the mansion sprawled across 40 acres of land and Schneider and his wife and two daughters were very happy with their new home.

Schneider decided to treat patients at home, but away from his family. He saw the ill and diseased and schizophrenic in a cabin on the far side of his land. Five years had passed when tragedy struck and Schneider lost his wife and daughters to an accident. Schneider couldn’t deal with his grief and went insane.

At some point, nearby residents started reporting that they were hearing screams coming from Clifton Manor. Stories began to fly that in his insanity, Dr Schneider had begun performing surgeries on unsuspecting patients without using anesthesia. It was said that Schneider was offering his dying patients to the devil. For some reason no investigation took place at the property, until Schneider himself died. Only then did police descent upon Clifton Manor, to find the body of the doctor surrounded with the remains of his long-deceased family.

Legend has it that Schneider’s ghost and the restless spirits of his victims still reside at the mansion. Those who are feeling adventurous can visit the site, now known as Andrew’s Walk. Just watch out for vengeful spirits crawling from the tree line as you walk up the lane. 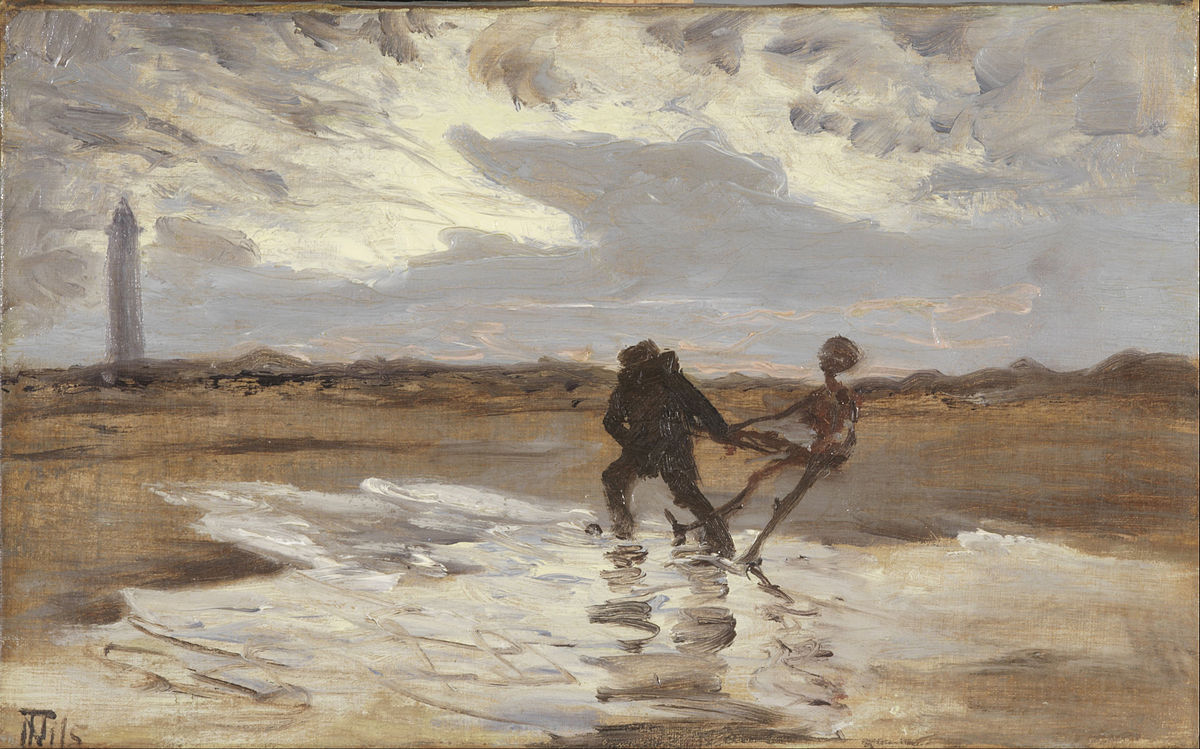 In Scandinavia, the word ‘Gjenganger’ strikes fear into the heart of many. It is said that some who die in Scandinavia are resurrected and become Gjengangers for the purpose of haunting those who are still alive.

Legend has it that the lost souls who become Gjengangers were ordinary people who were plucked from their lives prematurely by means of murder or accident. Once transformed into a Gjenganger, these spirits make it their afterlife’s mission to disrupt the future of those still living and especially those who contributed to their death.

Gjengangers strike in the darkest hour of night, pinching their victims and then fleeing. Once their victim wakes, he or she will notice an unexplained blue mark on their body. This mark leads to illness and eventually death as the victim’s flesh rots until the disease reaches their heart.

Luckily there is a way to stop a Gjenganger in its tracks. If a person dies by murder or accident, it is advisable to bury them in the appropriate manner with a runic inscription inside the coffin which would prevent any resurrection efforts.

AirPods Pro review: Better in every way BY KARISSA BELL Apple's new AirPods Pro are much pricier, and much…

BBC NEWS Obviously the tradition of carving pumpkins comes from the United States. Well actually, NO, there was a…