8 Signs You May Have Psychopathic Tendencies

By Berit Brogaard D.M.Sci., Ph.D
If these characteristics ring true to you, you could be psychopathic. 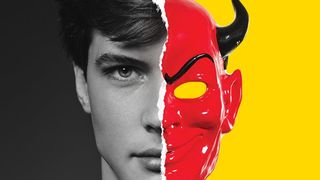 Psychopathy is not recognized as a psychiatric disorder in its own right. The fifth edition of The Diagnostic and Statistical Manual of Mental Disorders (DSM-5) mentions it as a subtype of Antisocial Personality Disorder, but what we call "psychopathy" in common parlance refers to one of the personalities in the so-called dark triad of personality.

The dark triad is the constellation of narcissism, psychopathy, and Machiavellianism, which are all tendencies towards malevolent, or evil, behavior that can be spotted in the normal (or subclinical) population. Sadism was subsequently included as a fourth trait in the so-called “dark tetrad.”

Are you one of them? Here are 8 signs of psychopathy in the normal, or sub-clinical, population. If most of them ring true with you, you might have psychopathic tendencies.

1. You are more rational than others.

As long as things are happening, and you are not bored, you don't tend to get bogged down by negative emotions, like fear, sadness, regret or desperation. This makes you good at solving complex problems and allows you to work quickly when needed. It also enables you to stay calm and collected in the case of an emergency or if a deadline is hanging over your head. People who are in a life-threatening situation have a greater chance of surviving if you are there when it happens because you can act fast and strategically without being distracted by their pain and suffering.

2. You are almost a different person in different circumstances.

You behave like a chameleon. You can adjust your behavior to fit any situation you might find yourself in. You are adept at using flattery and compliments to gain other people's trust. You are an expert actor or actress and can mimic emotions and play whatever role the situation calls for. You can be funny, charming and entertaining or act the part of an empath and make others believe that you care deeply about them if you stand to gain from it.

3. You are easily bored by other people and the things they do.

You need the adrenaline pumping to avoid feeling bored. You might get your adrenaline fix by being in charge of a large group of people or by living life dangerously. Or you might use stimulant drugs to achieve the adrenaline fix you crave. When things get too boring, you tend to play mind games with people to satisfy your constant need for stimulation.

You have a tendency to act on a whim, displaying unnecessarily risky behavior characterized by little or no forethought or consideration of the consequences. It may be as innocent as staying up watching movies until 4 AM, even though you know you will need to get up for an important task at 7 AM. Or you may find yourself on the way to buy yet another bag of meth or cocaine, even though you had promised yourself that you would quit.

5. You often lie, and you are not even sure why.

Even when telling the truth isn't an issue, you often respond to other people's questions with a lie. Once in a while, you tell a lie to garner attention or to present yourself in the best light possible. But you often tell lies that don't make you seem better or more interesting. The only thing that motivates you is the very act of lying. Despite not standing to gain (directly), you still choose to lie, and you are good at it. For you, lying is almost an art form.

6. You rarely accept responsibility for your actions, because someone or something else is always to blame.

You rarely accept responsibility for your actions, because when things go wrong you tend to feel that it isn't your fault. Rather, other people or circumstances are to blame for your mishaps. If you don't keep a promise to a friend, it's because your boss demands too much of you. If you consistently show up late for work, it's because your roommate stays in your joint bathroom for hours. On the rare occasion where you do accept the blame, it's because you feel cornered, but even when admitting that you are at fault, you don't tend to feel regret, guilt, or remorse.

7. You have a preference for a parasitic lifestyle.

You are always looking to receive more than you give. You may make more money than all of your family-members combined, yet crash on your sister's couch or live off of your parent's money. When people treat you to a meal, a drink, a movie or do you a favor, you only reciprocate if you think it will benefit you, in the long run, to do so.

*8. You generally feel good about yourself. *

You generally feel good about yourself and do not experience any noticeable symptoms of psychiatric illness or psychological problems. The very idea of you going to see a psychiatrist or therapist seems absurd to you. Even the idea of you having a personality disorder seems ludicrous to you. Were you ever to seek professional counseling, it would be because you had been the victim of other people's ignorance or failure.

What Happens If You Don't Poop for 47 Days? BY ALIA HOYT Going too long without pooping could be…