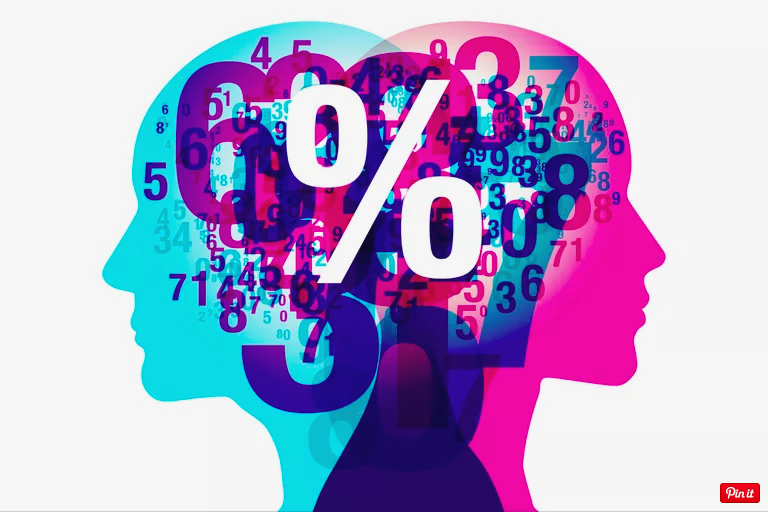 You may have heard that humans only use 10 percent of their brain power, and that if you could unlock the rest of your brainpower, you could do so much more. You could become a super genius, or acquire psychic powers like mind reading and telekinesis. However, there is a powerful body of evidence debunking the 10 percent myth. Scientists have consistently shown that humans use their entire brain throughout each day.

Despite the evidence, the 10 percent myth has inspired many references in the cultural imagination. Films like "Limitless" and "Lucy" depict protagonists who develop godlike powers thanks to drugs that unleash the previously inaccessible 90 percent of the brain. A 2013 study showed that about 65 percent of Americans believe the trope, and a 1998 study showed that a full third of psychology majors, who focus on the workings of the brain, fell for it.

Neuropsychology studies how the anatomy of the brain affects someone’s behavior, emotion, and cognition. Over the years, brain scientists have shown that different parts of the brain are responsible for specific functions, whether it’s recognizing colors or problem solving. Contrary to the 10 percent myth, scientists have proven that every part of the brain is integral for our daily functioning, thanks to brain imaging techniques like positron emission tomography and functional magnetic resonance imaging.

Research has yet to find a brain area that is completely inactive. Even studies that measure activity at the level of single neurons have not revealed any inactive areas of the brain. Many brain imaging studies that measure brain activity when a person is doing a specific task show how different parts of the brain work together. For example, while you are reading this text on your smartphone, some parts of your brain, including those responsible for vision, reading comprehension, and holding your phone, will be more active.

However, some brain images unintentionally support the 10 percent myth, because they often show small bright splotches on an otherwise gray brain. This may imply that only the bright spots have brain activity, but that isn’t the case. Rather, colored splotches represent brain areas that are more active when someone’s doing a task compared to when they’re not. The gray spots are still active, just to a lesser degree.

A more direct counter to the 10 percent myth lies in individuals who have suffered brain damage–through a stroke, head trauma, or carbon monoxide poisoning–and what they can no longer do as a result of that damage, or can still do just as well. If the 10 percent myth were true, damage to perhaps 90 percent of the brain wouldn’t affect daily functioning.

Yet studies show that damaging even a very small part of the brain may have devastating consequences. For example, damage to Broca’s area hinders proper formation of words and fluent speech, though general language comprehension remains intact. In one highly publicized case, a Florida woman permanently lost her “capacity for thoughts, perceptions, memories, and emotions that are the very essence of being human” when a lack of oxygen destroyed half of her cerebrum, which makes up about 85 percent of the brain.

Another line of evidence against the 10 percent myth comes from evolution. The adult brain only constitutes 2 percent of body mass, yet it consumes over 20 percent of the body’s energy. In comparison, the adult brains of many vertebrate species–including some fish, reptiles, birds, and mammals–consume 2 to 8 percent of their body’s energy. The brain has been shaped by millions of years of natural selection, which passes down favorable traits to increase likelihood of survival. It is unlikely that the body would dedicate so much of its energy to keep an entire brain functioning if it only uses 10 percent of the brain.

The Origin of the Myth

The main allure of the 10 percent myth is the idea that you could do so much more if only you could unlock the rest of your brain. Even with ample evidence suggesting the contrary, why do many people still believe that humans only use 10 percent of their brains? It’s unclear how the myth spread in the first place, but it has been popularized by self-help books, and may even also be grounded in older, flawed, neuroscience studies.

The myth could be aligned with messages espoused by self-improvement books, which show you ways to do better and live up to your "potential." For example, the preface to the notorious "How to Win Friends and Influence People" says that the average person “develops only 10 percent of his latent mental ability.” This statement, which is traced back to psychologist William James, refers to a person’s potential to achieve more rather than how much brain matter they used. Others have even said that Einstein explained his brilliance using the 10 percent myth, though these claims remain unfounded.

Another possible source of the myth lies in “silent” brain areas from older neuroscience research. In the 1930s, for instance, neurosurgeon Wilder Penfield hooked electrodes to the exposed brains of his epilepsy patients while operating on them. He noticed that particular brain areas triggered the experience various sensations, but while others seemed to cause no reaction. Still, as technology evolved, researchers found that these “silent” brain areas, which included the prefrontal lobes, had major functions after all.

By Ben Taub Don’t be fooled by what you see on TV, nature isn’t always as majestic…

by Matt Rosenberg Which Languages Are Used the Most in the World Today? Martin Puddy/ Stone/ Getty Images There…