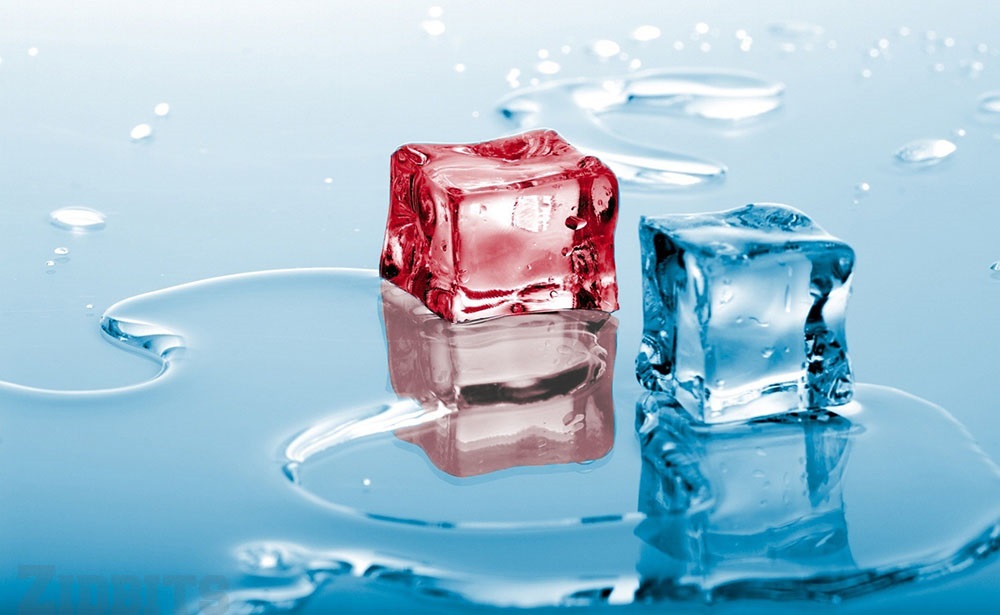 One commonly repeated factoid says that if you have a cup of hot water and a cup of cold water, and you put both in the freezer, the cup of hot water will freeze first. Is there any truth to this seemingly counter-intuitive claim? Does boiling hot water really freeze faster than cold water?

For the short and quick answer, skip to the bottom of this article.

The answer is … it depends. If you have two chemically identical cups of water, the colder one will freeze first because it will reach the freezing point sooner. However, the answer is slightly more complicated than that because just the act of heating the water up will chemically alter the contents of the sample. Since the two samples are no longer the same, both will have differing freezing points.

This is similar to how adding salt to roads will keep them ice free, and why freshwater freezes more quickly than seawater — the addition or subtraction of minerals, chemicals and other contaminates can lessen or increase the freezing point depression.

Freezing point depression is the act of adding a solute to a solvent to decrease its freezing point. It’s a phenomenon we make use of all the time. One common example is in an automobile’s radiator. The water inside the radiator is used to keep an automobile’s engine cool, but what should we do in the winter when the water will almost certainly freeze into a solid block of ice? We add antifreeze (usually glycol) which lowers the freezing point depression of the water, and keeps it from freezing in the dead of winter.

Frozen Spring Peeper FrogEven animals make use of freezing point depression. The Spring Peeper Frog can survive in sub-freezing temperatures thanks to the massive amounts of glucose that the frog releases into its bloodstream when it detects freezing temperatures. With the extra glucose in the frog’s blood, the freezing point is significantly lower than water which allows it to survive the harsh winter. Several species of arctic fish also utilize this phenomena. 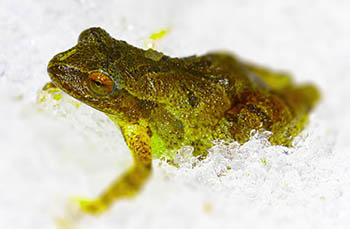 The same thing can happen when water is boiled or heated. Magnesium carbonate and calcium carbonate precipitate out of the water, and the free oxygen will escape. Due to the removal of these components, the freezing point of the water is raised. This effect is even more pronounced if you start with hard water (water with high mineral content).

When attempting to freeze hot water, the first ice crystals that begin to form exclude the solutes which causes the remaining liquid’s ion concentration to increase, leading to even greater freezing point depression for the remaining water (if ions were present in the sample). The colder water may start to show signs of freezing quicker, but in the end, the hot water will freeze all the way through first. Bear in mind that distilled water, or water that has been filtered with reverse osmosis will not undergo this effect thanks to the lack of solutes & contaminates.

When hot water wins the race and completely freezes before a similar sample of cold water, this is called the Mpemba effect.

The effect is named after Tanzanian Erasto Mpemba who described the unusual phenomenon in 1963 after noticing his warmer ice cream mix was freezing before the cooler batch. A few years later, during a lecture, Mr. Mpemba asked the lecturer, “If you have two similar containers with equal volumes of water, one at 95 °F and the other at 212 °F, and put them into a freezer, the hotter one freezes first. Why does this happen?”

Instead of getting an answer or explanation, he was ridiculed by his classmates and teacher. The lecturer (Denis G. Osborne) decided to run an experiment to test Mpemba’s claim and eventually confirmed Mpemba’s observations. Mpemba and Osborne published their findings in 1969.

The short answer is that hot water will freeze first if the cold water sample has solutes (contaminates or trace minerals). The solutes increase the freezing point depression which means the water will take longer to freeze. The act of heating or boiling the water removes many of these solutes and contaminates and lessens the freezing point, causing hot water to freeze first.

The Olympic Rings are displayed at the entrance of the IOC in Lausanne, Switzerland, Tuesday. Photo: Keystone via AP…