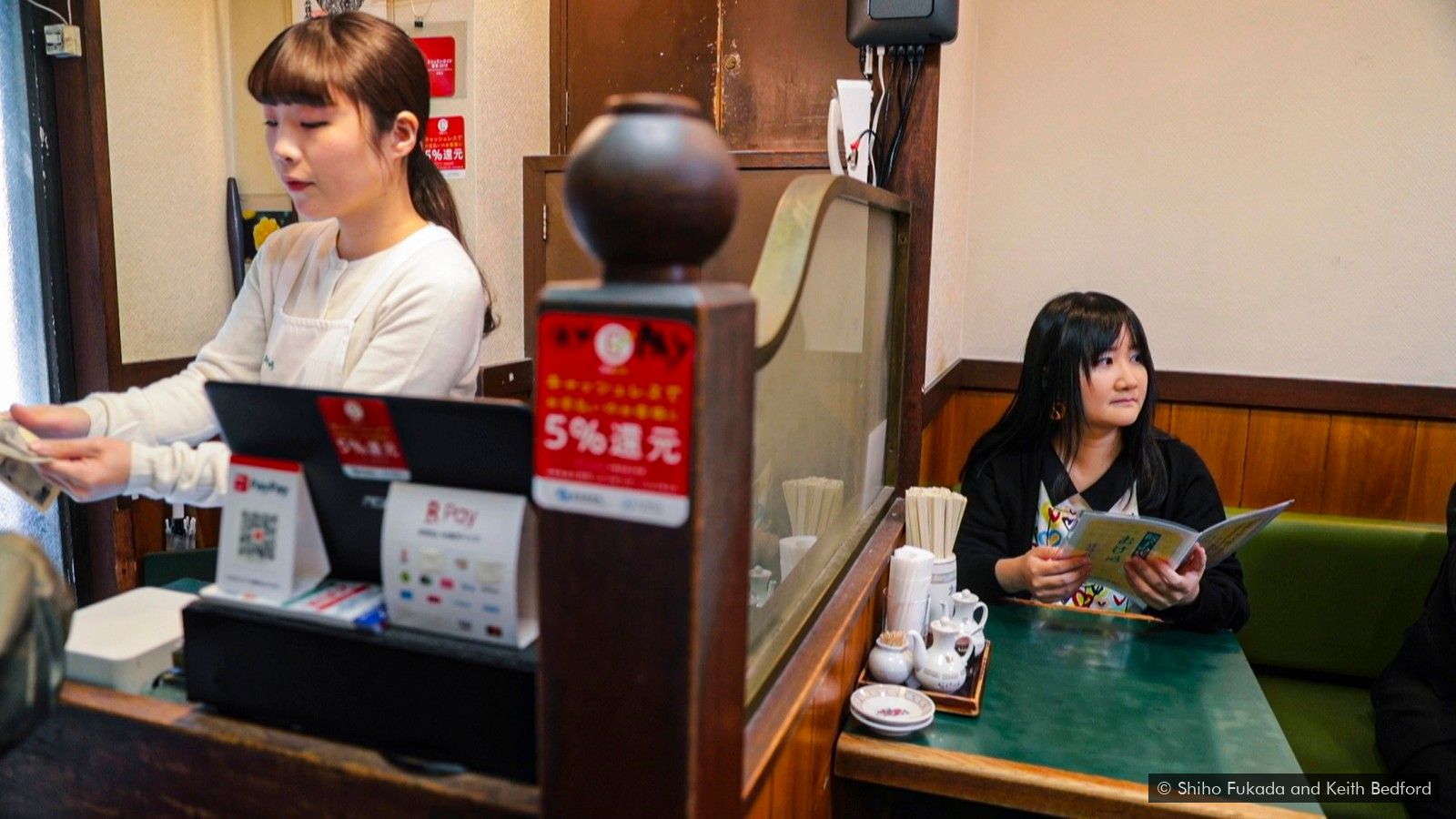 From cocktails to karaoke, more Japanese people are going it alone. What's causing the huge change in the traditionally group-oriented country?

Japan is changing: a rapidly ageing society, a record-breaking influx of visitors from overseas, and more robots than ever. That's where the country's young people come in. Gen J, a new series by BBC Worklife, keeps you up to speed on how the nation's next generation is shaping the Japan of tomorrow. This is the first story in that series.

A decade ago, many Japanese were so embarrassed to be seen eating alone in the school or office cafeteria that they’d opt to eat in a bathroom stall. Appearing friendless was a no-no, leading to what became known as “benjo meshi” – taking a “toilet lunch”.

But many think Japan is changing in a big way. One of those people is Miki Tateishi, a bartender in Tokyo. She works at Bar Hitori, a cosy spot in the Shinjuku nightlife district that is designed for solo drinkers.

The bar, which opened in mid-2018, represents an unusual opportunity in conformity-driven Japan – to go out and drink by yourself. And it’s doing well: instead of hiding in toilet stalls, people are stepping out and embracing being seen solo. 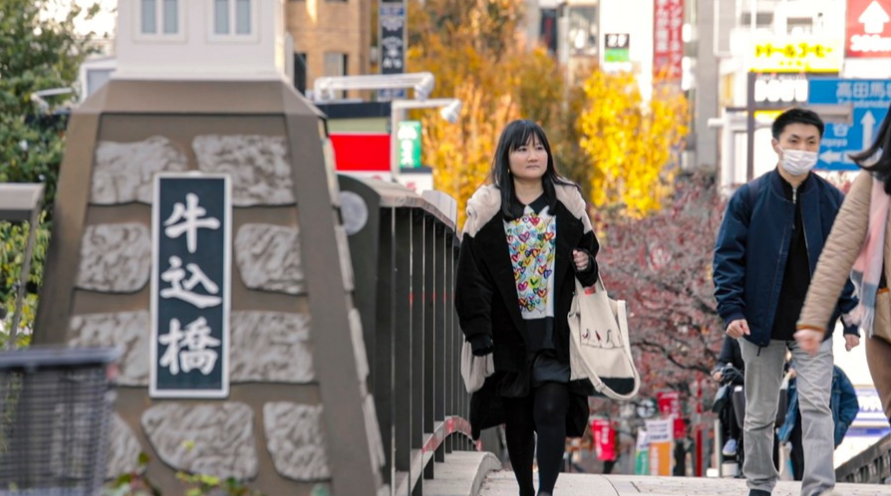 “Some people want to enjoy being alone, others want to build a new community,” says Tateishi. She believes the bar’s “solo only” policy helps potential guests who might otherwise get turned off by big groups or regulars. Customers can strike up conversation with each other in a laid-back environment that accommodates about a dozen people. The flowing booze and tight quarters make for easy interactions.

“I think this is rare,” says Kai Sugiyama, a 29-year-old who works for a manufacturing company, from his barstool. “I feel Japanese people live a life in a group, so people want to do things with other people. We don’t have much culture of doing things alone.” 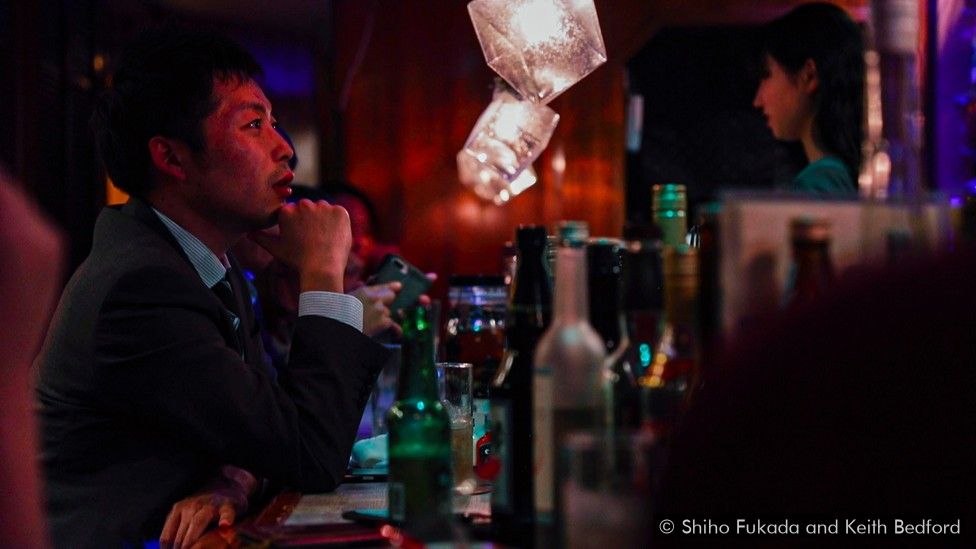 Yet Hitori – hitori means “one person” – is by no means the only example of how businesses are changing to accommodate people who want to do things by themselves. From dining to nightlife to travel, new options catering specifically to individuals have popped up in recent years. It’s known as the “ohitorisama” movement: people boldly choosing to do things alone, the opinions of others be damned.

The power of one

Loosely translated, “ohitorisama” means something like “party of one”. Search for the hashtag on Instagram in Japanese and you’ll find hundreds of thousands of photos: plated restaurant meals for one, cinema hallways, pitched tents at campgrounds or transport shots highlighting solo adventures. In the last 18 months particularly, more and more people have been declaring their love of ohitorisama alone time in both the news and social media.

A ‘super solo society’ will be the future of all countries, not only Japan - Kazuhisa Arakawa

One recent innovation is “hitori yakiniku”. Meaning “grilled meat”, yakiniku usually involves sitting around a gridiron at a restaurant table with a group of people and communally cooking mountains of chicken, beef or pork. But with ohitorisama, the only one grilling (and eating) all that meat is you.

Even karaoke is going solo – a huge change to the classic Japanese pastime. “Demand for single-person karaoke has increased to account for 30 to 40% [of all karaoke customers],” says Daiki Yamatani, a sales manager who does PR for the 1Kara solo karaoke company in Tokyo. In Japan, karaoke spots are everywhere, often big buildings with several floors of private karaoke rooms built for groups of various sizes. But demand from solitary singers has been growing, and so 1Kara swapped large group rooms for phone booth-sized personal recording studios.

In Japan, drinking and nightlife activities have traditionally been shared with colleagues or friends, while food culture means dinners are often shared. So the ohitorisama movement represents a major shift. But what’s driving the change and why exactly is it considered so significant? 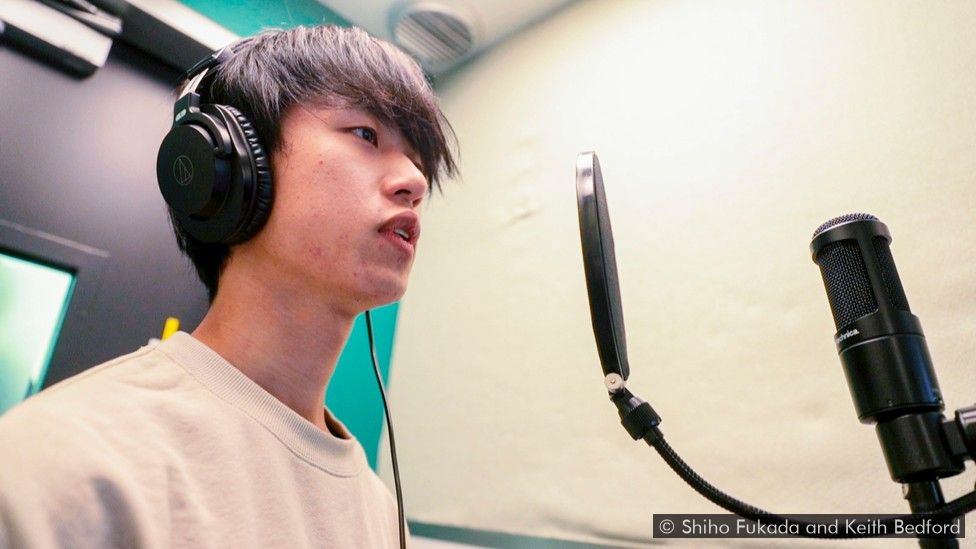 In many nations, being solo might not seem so surprising. For example, in December, American actress Christina Hendricks posted photos of her #solodate at a concert. British actress Emma Watson recently declared her love of the single life and being “self-partnered”. Western publications have written guides to drinking alone and reading a book at a bar, and solo travel has made careers for countless social media influencers.

But in a country where conformity and being part of the group have always been highly-prized, it is a big deal. Japan’s 125 million people are crammed into an archipelago a bit smaller than California – and four-fifths of that land is mountainous and uninhabitable. Space has long been at a premium, so emphasis has been placed on collectivity and fitting in with others.

“Japan is a small country, and everybody needs to coexist,” says Motoko Matsushita, a senior consultant at Japan’s largest economic research firm, Tokyo-based Nomura Research Institute. She studies ohitorisama, its origins and its future. “We need to focus on living together in harmony, which is why peer pressure [to do things in a group] has been high.” 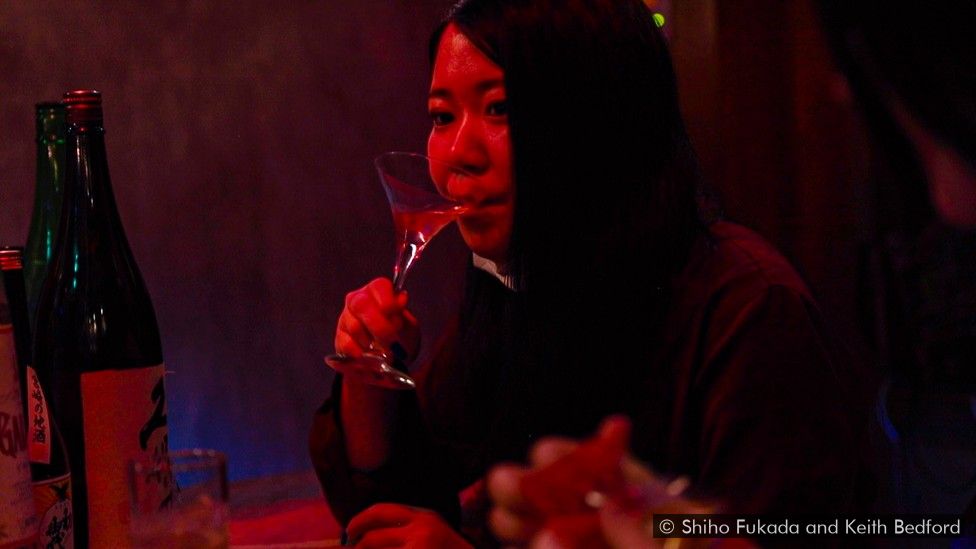 Matsushita says that along with the rise of social media – the way friend numbers or likes can dictate your value – this led to stifling peer pressure that stigmatised being seen alone. She says the blowback from this and the 24/7 communication culture then fueled the rise of ohitorisama.

In the case of benjo meshi, the sociologist who coined the term in 2008, Daisuke Tsuji of Osaka University, found that students ate in the toilet stall not because they didn’t like eating alone, but because they didn’t want their peers to think they had no one to share a meal with.

But Matsushita believes this is changing, saying negative social pressures around being alone have reduced. “’You have to get married, you have to have a child’ – these social pressures are decreasing,” she says. She cites a survey of 10,000 people she conducted that found increased attitudes toward independence and “family flexibility” from 2015 to 2018. Fewer people, for example, felt people should get married and have kids, while more felt it was OK to divorce even if you had kids. Among married couples, more people felt all right about keeping a secret from their spouse.

Part of the equation is that Japanese society is undergoing a seismic demographic shift. The birthrate is falling: last year just 864,000 babies were born – the lowest since records began in 1899. The number of single-person households is rising, up from 25% in 1995 to over 35% in 2015, according to census data. Declining marriage rates are contributing to the rise in people who live alone but so too is the fact that more seniors in one of the world’s fastest-greying nations are becoming widows or widowers. As a result, amid these new demographics, how consumers behave and how businesses cater to them are changing. 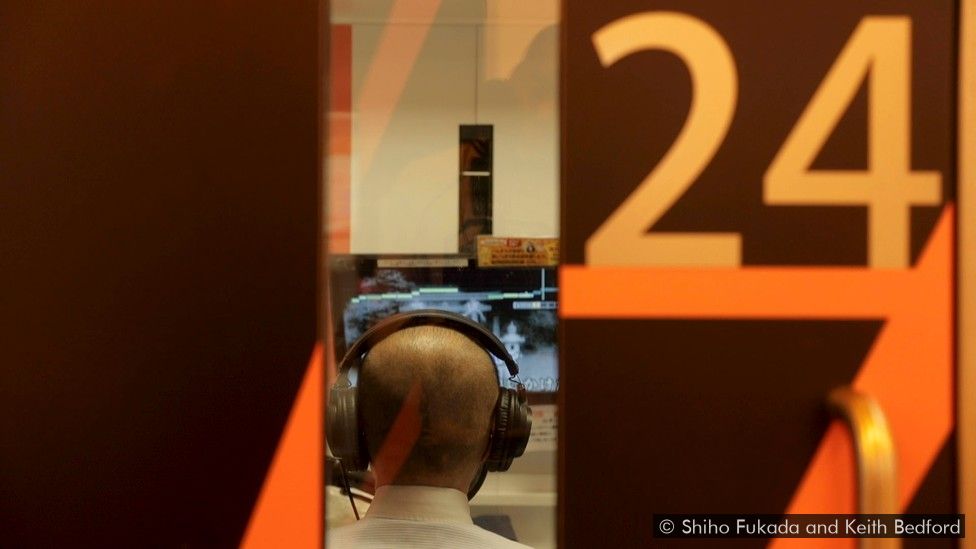 “The purchasing power of singletons can no longer be ignored,” says Kazuhisa Arakawa. He’s a researcher at Hakuhodo, one of Japan’s biggest advertising companies. He writes books about the economics of what he calls Japan’s “super solo society” and estimates that 50% of the population aged 15 or older will be living in single-person households by 2040. “I believe the market will not grow without capturing these solo customers,” he says.

It’s known as the “ohitorisama” movement: people boldly choosing to do things alone, the opinions of others be damned

Erika Miura, a 22-year-old Tokyoite who works in IT, is an ohitorisama veteran. Sitting at Bar Hitori, she says she’s rare among her friend group for wanting to do so many things by herself. “People get put off by the idea, but I go skiing alone,” she says. She also goes to the movies and karaoke alone, because it gives her more freedom, and says there are many solo services in Tokyo. Meanwhile Go Yamaguchi, a customer at 1Kara, says that when he does karaoke with his friends he has to wait for his turn. “I’d be embarrassed if I can’t sing well,” he adds. “I can sing whatever I want when I’m by myself.”

Ohitorisama also offers opportunities to those who are part of a “traditional” family unit, experts say. Arakawa’s research in 2018 found that up to one in three married people do solo activities like occasionally travel alone. Matsushita, who’s married with kids, agrees, saying: “I enjoy hitori karaoke alone, sometimes.”

When it comes to elderly singletons, Matsushita says that this group – especially women – have “psychological resistance” to being seen alone. But she believes that as they see the younger generation continuing to push boundaries things could change, especially as marketers of solo services know that pensioners are a demographic with both time and money.

‘The world is changing’

Needless to say, it’s not just Japan that is undergoing the kind of societal changes that have contributed to ohitorisama. As birth rates slump, marriage ages climb and populations age, many nations are seeing a rise in those leading single lives. Euromonitor International, an independent London-based market research company, released a study last year that estimates a record 128% growth in single-person households worldwide between 2000 and 2030.

“A ‘super solo society’, characterised by young people who never get married and the elderly who become single again after being widowed, will be the future of all countries, not only Japan,” says Arakawa. “It is no longer practical to focus a business solely on families.”

Of course, in nations where doing things by yourself – dining, drinking, exploring – raises fewer eyebrows, the phenomenon of “parties of one” enjoying everything society has to offer will be less pronounced. But in Japan, its relatively rapid evolution has become a hot topic. 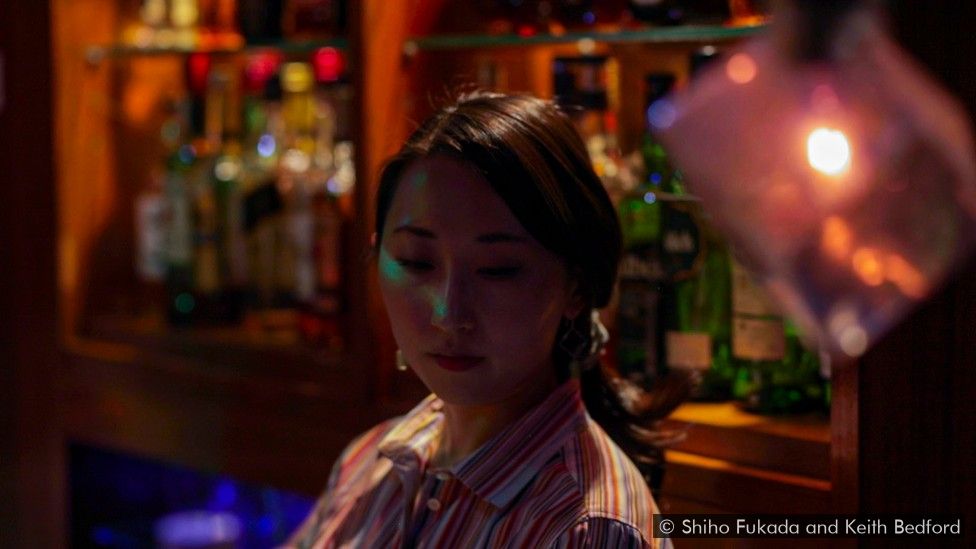 Arakawa says he believes most of his fellow Japanese are naturally independent. “It would be wrong to assume there are two kinds of people: those who feel OK being left alone and those who don’t,” he says. “A majority of Japanese people inherently like to act independently.” He found that 50% of those who attended concerts or music festivals did so by themselves, connecting with new people there through a shared interest.

And it’s the combination of demographic shifts coupled with the emergence of more flexible attitudes about how lives can be lived that has helped ohitorisama to flourish. “It’s only 10 years ago they said ‘lunch in a toilet’,” says Matsushita. “But, after 10 years, we have so many [solo] services. People tend to think positively about being alone.”

Back at Hitori, bartender Tateishi is familiar with the sense of connectivity to others that comes with meeting other people who are going solo. After all, before working here, she used to be a customer.

“For people who used to just stay at home, they can change themselves by building a community outside the home,” she says. “They see that the world is changing.”

5 LIES WE TELL OURSELVES AND ACTUALLY BELIEVE Excuses don’t pay the bills. However, we often lie to…