Japanese Province Is Struggling to Stop People From Sleeping on Roads

Police in the Japanese province of Okinawa have been struggling with a phenomenon called rojo-ne, which translates literally as “sleeping on the road”.

Imagine driving home late at night and seeing someone laying in the middle of the road. Or worse yet, not seeing that someone in time to actually slam the brakes. Such nightmare scenarios occur quite frequently in Okinawa, with provincial police reporting over 7,000 cases recorded in 2019 alone. Some of those unfortunately resulted in the loss of human lives, and authorities are desperate to put an end to rojo-ne, a phenomenon that has been on the rise in Okinawa for years. Sadly, despite taking several measures against offenders, police have seen no improvements. In fact, things have been getting worse. 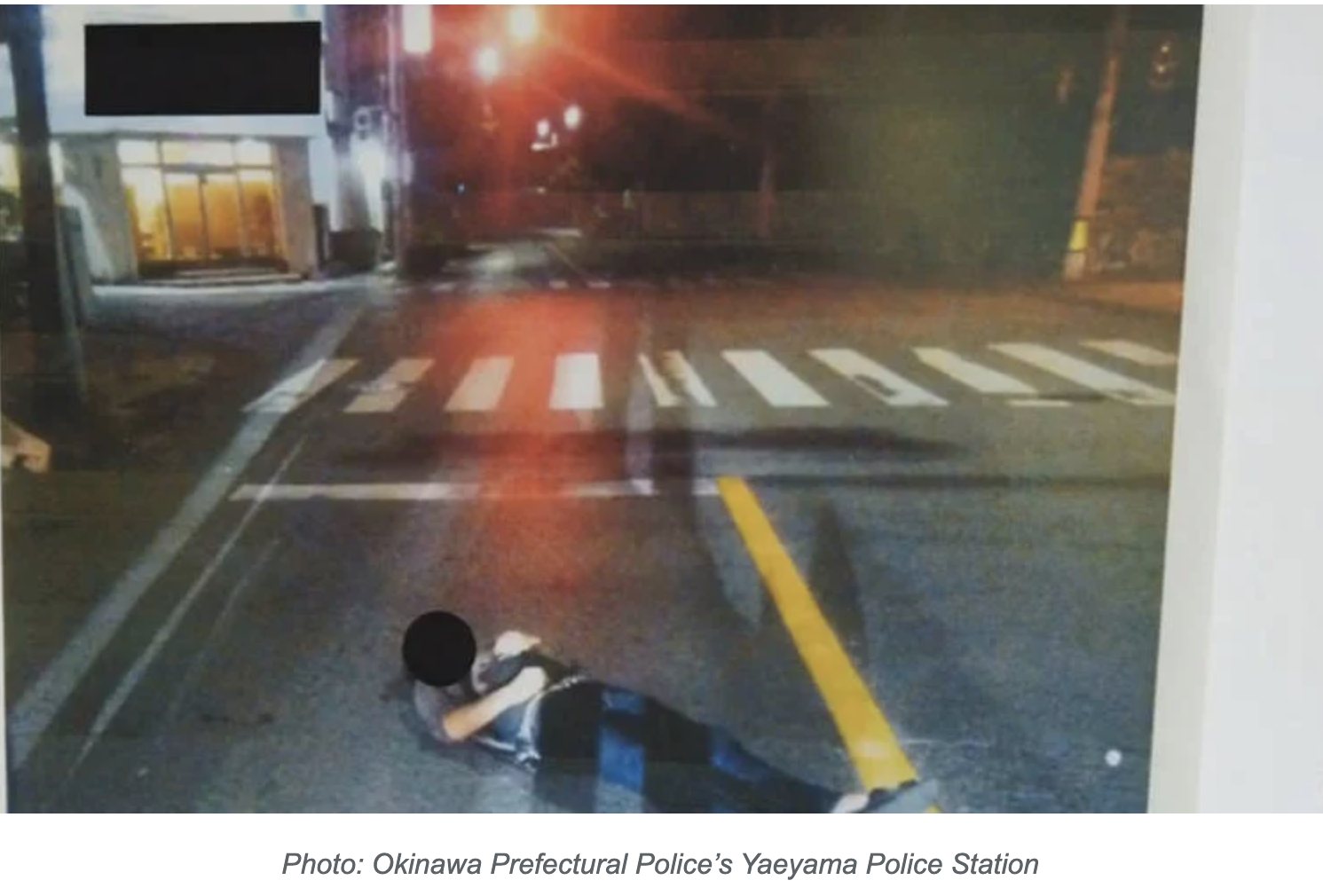 “First of all, I think we’re the only ones collecting statistics on rojo-ne,” prefectural police chief Tadataka Miyazawa told the Mainichi newspaper. “I didn’t even know the term ‘rojo-ne’ before coming to Okinawa. I think it’s a phenomenon unique to Okinawa.” 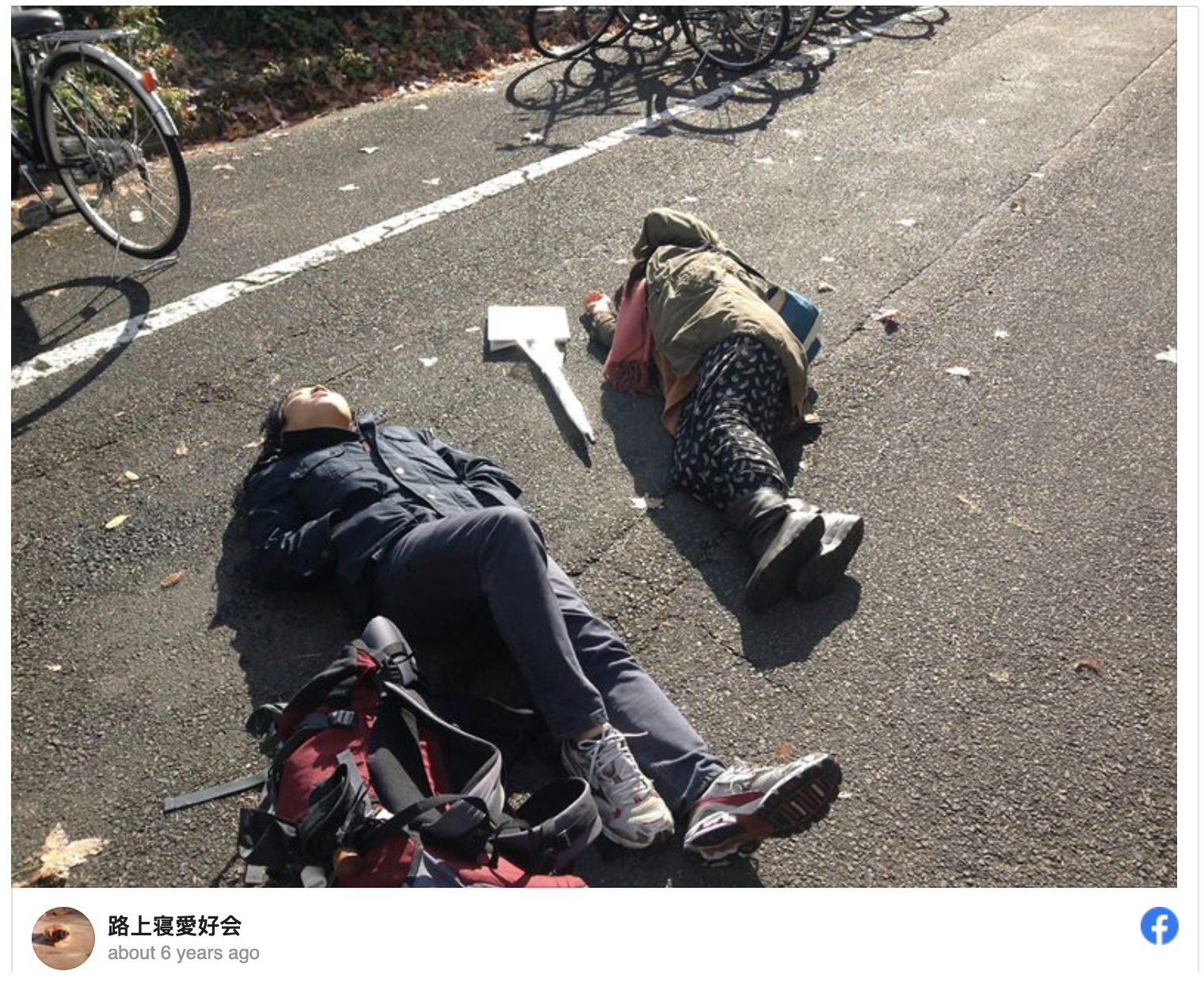 So what exactly is causing people to fall asleep on the roads of Okinawa? Well, as you probably already guessed, it has something to do with alcohol, as the vast majority of offenders are heavily inebriated. Some also think that the province’s warm climate all year round , with the annual average surpassing 20 degrees Celsius, might have something to do with it. 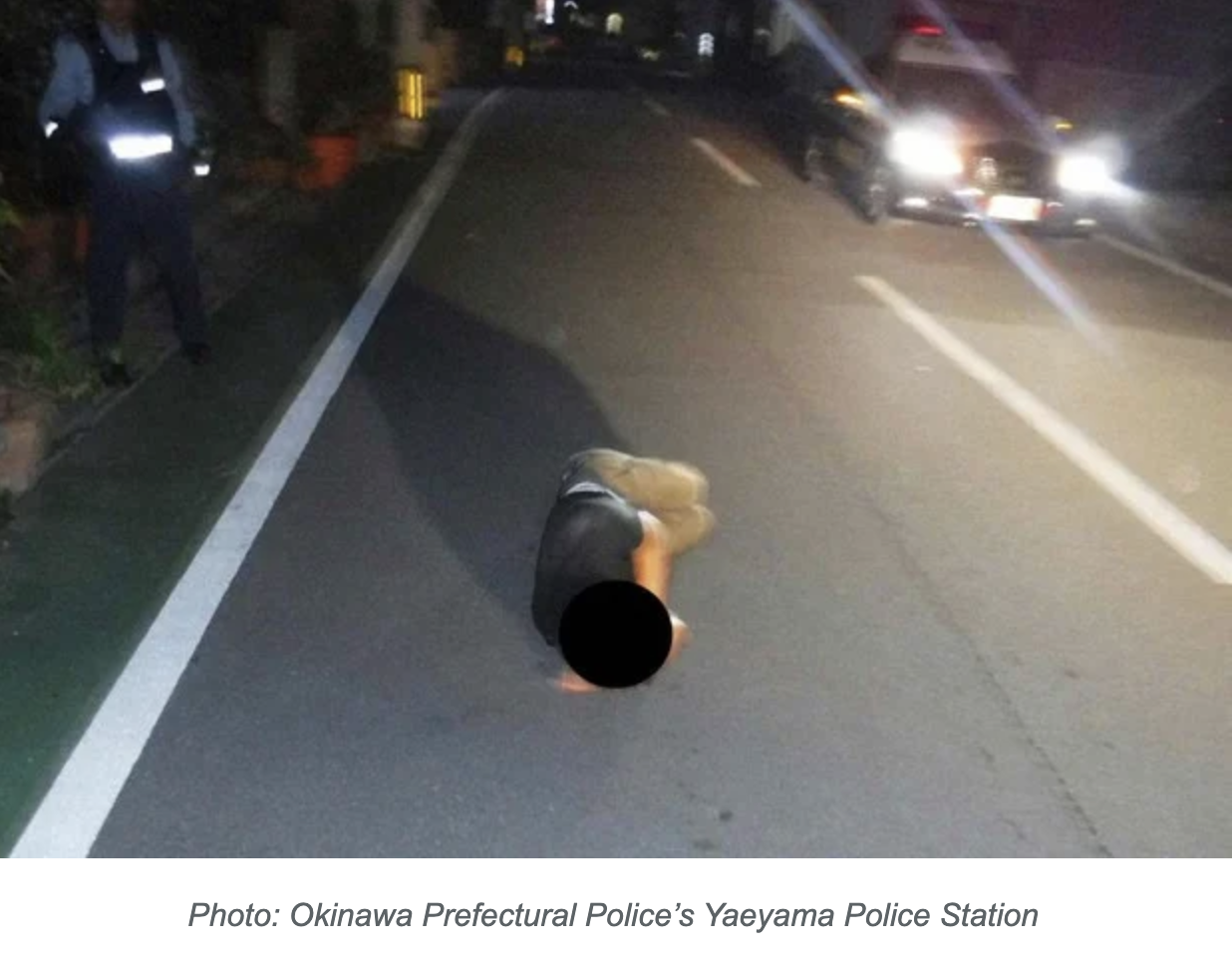 A quick Google search of rojo-ne cases reveals hundreds of photos of people sleeping on the road, as cars pass them by. Those are the lucky ones, but there have been cases of these people being run over, some of them killed. Last year alone there have been 16 reported auto accidents, and three recorded fatalities. 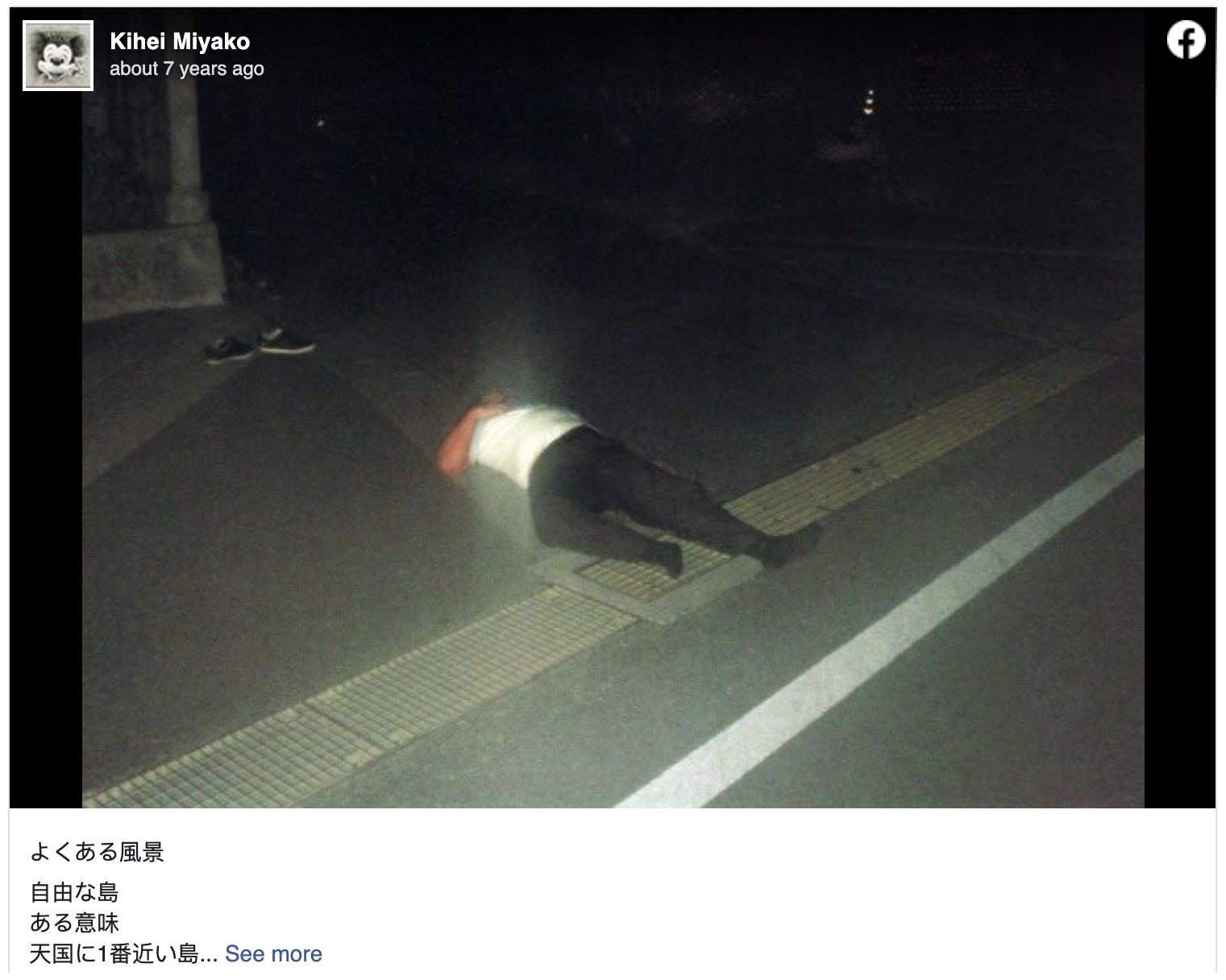 According to local reports, some people simply lie on the road to cool off, using the curb as a pillow, and there have been cases of female offenders taking off their clothes, allegedly thinking that they’ve arrived home. 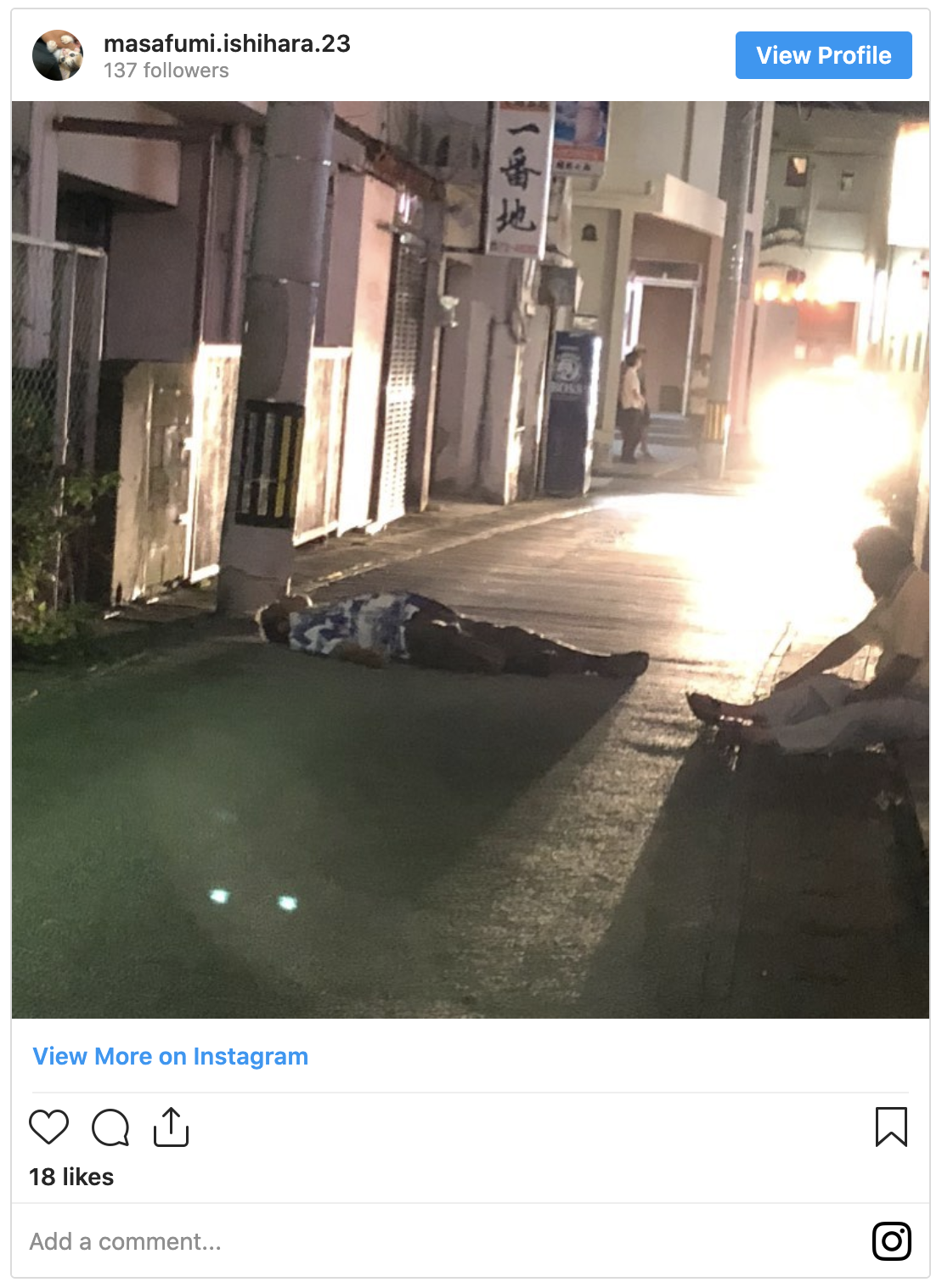 Waking up rojo-ne offenders can be dangerous, as there have been cases where people under the influence of alcohol started fights with those trying to help them. It is for this reason that police advise drivers to simply turn on their cars’ emergency lights and call the police, instead of trying to wake up offenders themselves. 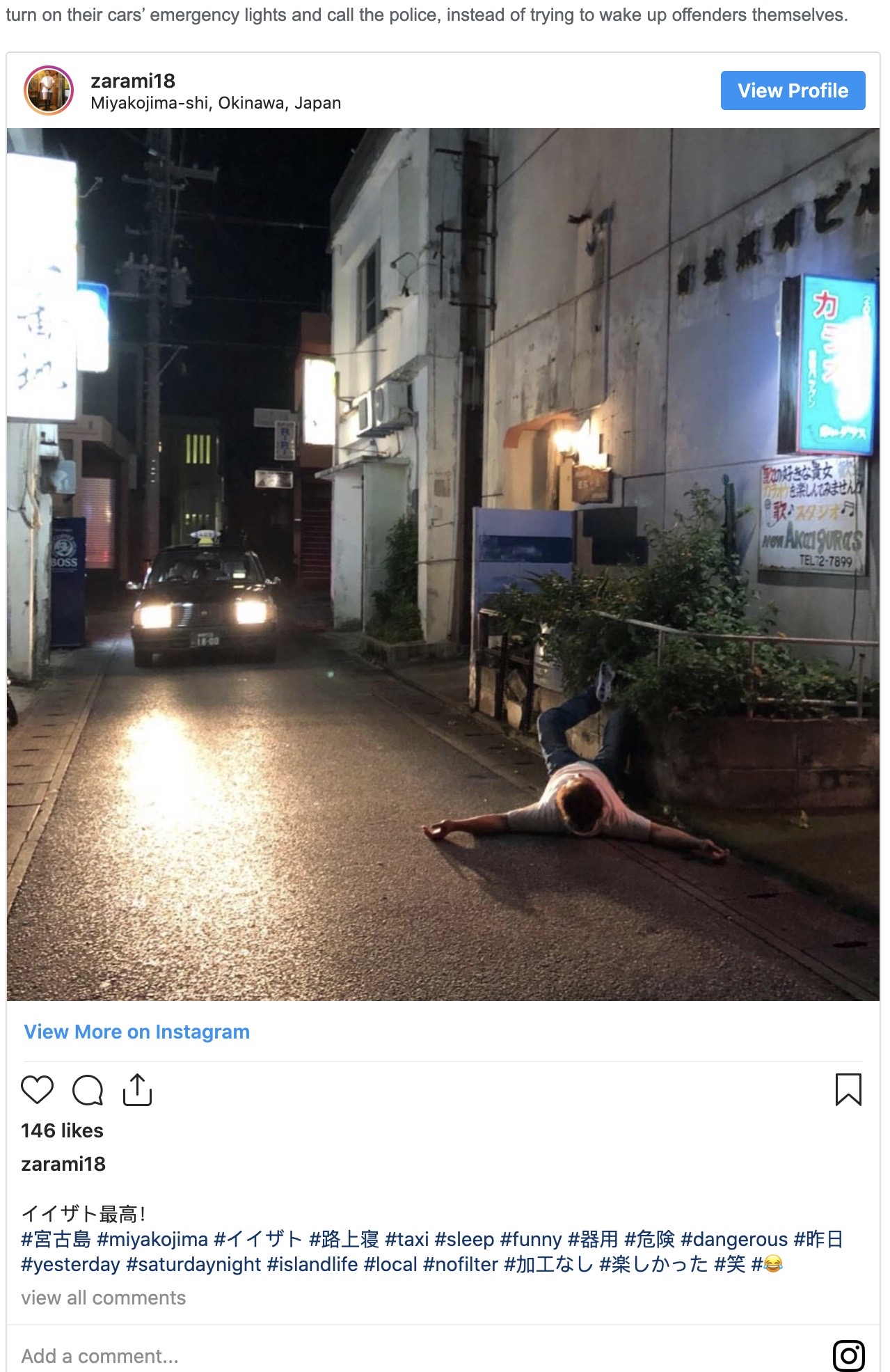 Okinawa police have been trying to prevent rojo-ne cases by raising awareness about the phenomenon through local media and radio, they’ve been fining offenders up to 50,000 yen (about $470), and even held a rojo-ne-themed photo exhibition last year. Nothing has worked, as data shows that rojo-ne cases are on the rise. 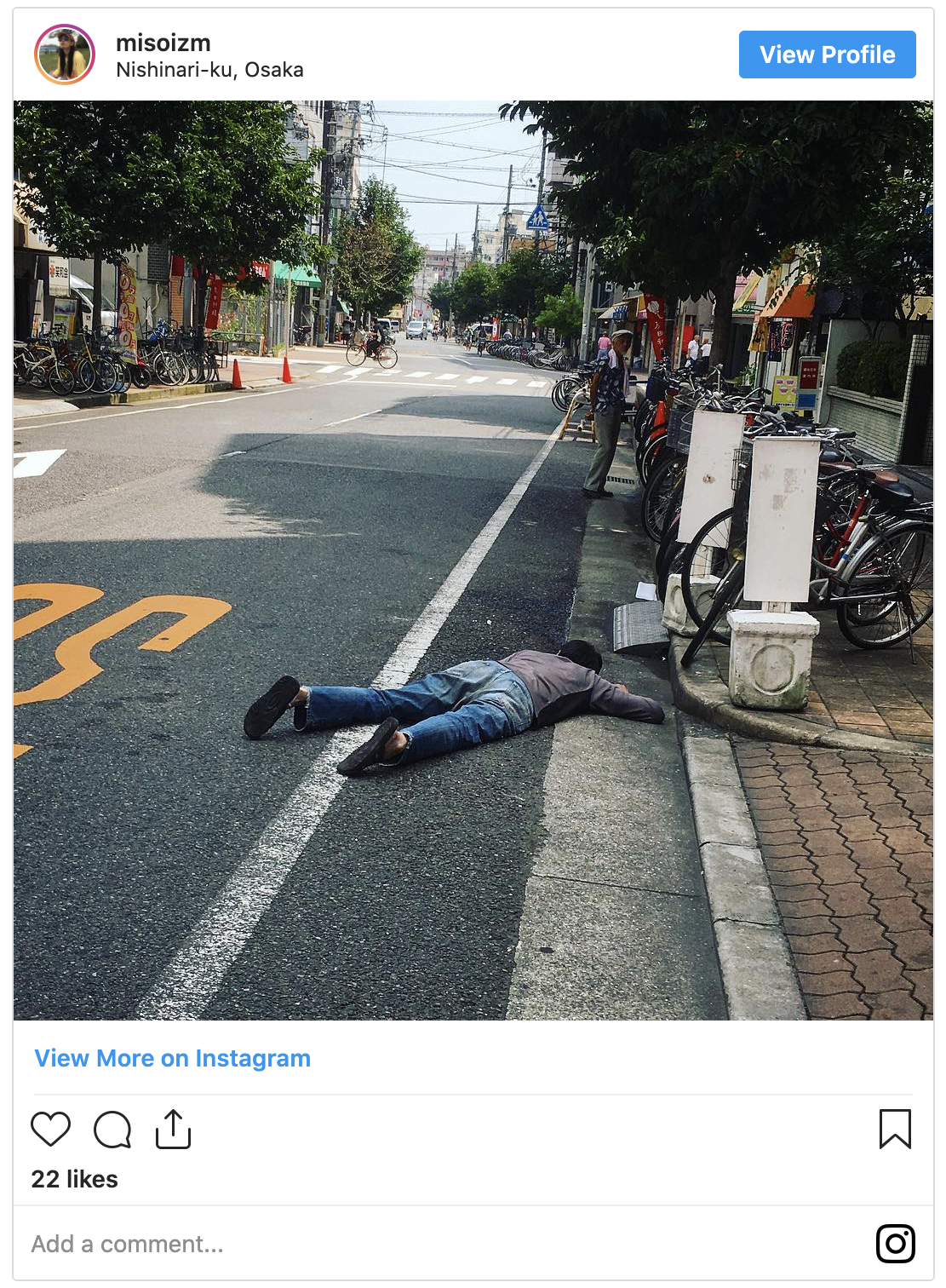 So if you ever find yourself driving through Okinawa, keep your eyes on the road, someone could be using it as their bed…

Will 2020 Be the Hottest Year on Record? It will certainly place in the top five—a marker of…