The owner of McKamey Manor, dubbed by many the world’s most terrifying haunted house, is promising anyone who can survive its scariest tour yet a prize of $20,000.

Many haunted houses claim to be the most terrifying, but there’s a general consensus among cheap thrill enthusiasts that McKamey Manor is really the scariest of them all. And if its current reputation wasn’t enough, owner Russ McKamey is upping the ante by offering a prize of $20,000 to anyone brave enough to make it through a tour that can last up to 10 hours and takes participants to their physical and mental limits. 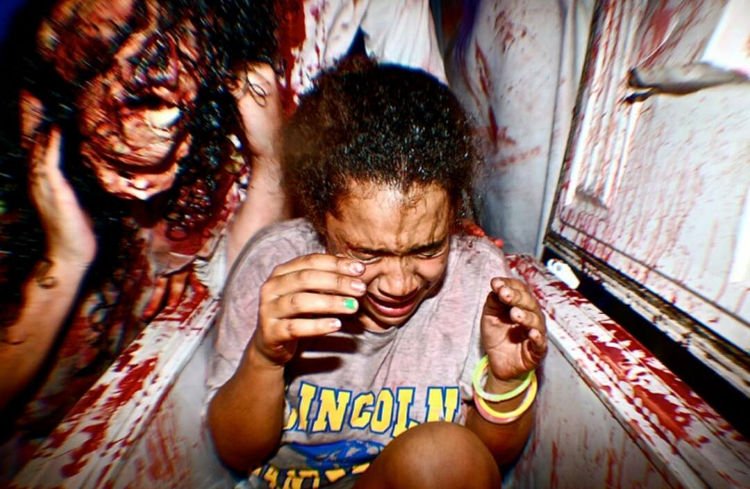 “Each guest will be mentally and physically challenged until you reach your personal breaking point, this can be an aggressive experience”the McKamey Manor website states, adding that actors are allowed to come into physical contact with participants, but they cannot return contact. The only way they can make the horror stop is by uttering the safe phrase “you really don’t want to do this”.

In order to sign up for the latest McKamey Manor tour and the chance to score $20,000, participants must be over 21 years old, provide proof of medical insurance, complete a “sports physical”, and sign a 40-page waiver. Those who qualify must then watch a 2-hour informative video titled And Then There Were None, in which Russ McKamey pretty much lays out everything you need to know to take the tour.

McKamey advises people not to show up at his haunted house hoping to win the $20,000, claiming that it’s impossible, and that the Manor will “chew you up and spit you out”. He adds that he will give participants all the information they need to complete the tour – including the location of the various keys they need to progress, and how to find them – but it’ll be up to them to remember everything once the madness starts.

“Nobody’s even made it to the starting clock with this new show,” Russ told WFLA. “With the new mental game it’s much more difficult.”

“I’m telling you right now, listen to me carefully: You’re not going to win a single dime!” the McKamey Manor owner warns adrenaline junkies looking to earn the coveted $20,000. “The manor again will chew you up and pit you out, I promise you. You’re not going to last 10 hours once the clock begins.”

While most haunted houses deliver cheap scares with the help of creepy sounds, and actors jumping out from dark corners, McKamey Manor takes things to a whole new level, incorporating all kinds of punishments, like putting live roaches or spiders on people’s faces, drowning them in blood-like liquid, and all kinds of other crazy stuff. The whole experience is so terrifying that Russ videotapes everyone’s attempts, in case anyone claims that they have been tortured or otherwise physically hurt.

As our future appears increasingly dystopian, virtual reality headsets have become more popular, allowing people to immerse themselves in…