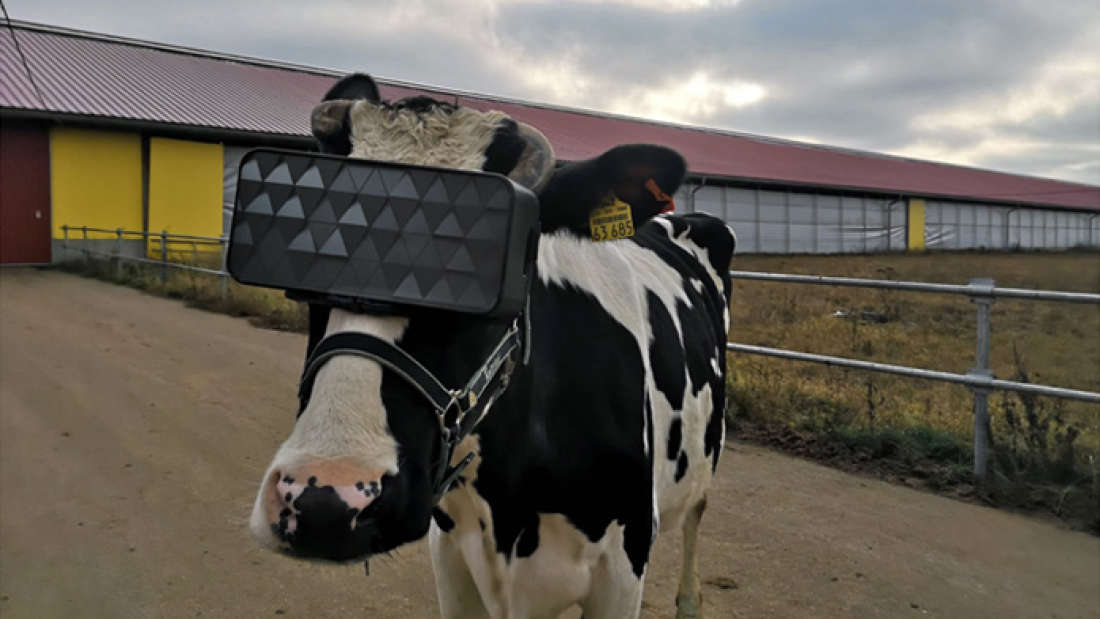 As our future appears increasingly dystopian, virtual reality headsets have become more popular, allowing people to immerse themselves in everything from videogames, to movies and even traveling into the very heart of the Milky Way. Being transported elsewhere with VR, however, is no longer the prerogative of just humans. Cows in Russia are also trying out the experience.

In a curious experiment, a farm near Moscow has tested specially devised VR headsets that can be worn by bovines to "improve cow conditions". A team of developers, vets, and experts produced simulations of summer fields specifically designed to appeal to cows. The goal is to increase the welfare of cows by looking after their emotional state and not just their physical needs. Certainly, the technology seems to show that the overall mood of the herd increased after using the VR headsets.

The idea is based on studies that show that happier cows produce more nutritious milk. Dairy farmers worldwide have developed a variety of approaches to achieve that, from playing classical music in stables to hiring chiropractors to give the cows massages. VR is just the next step, using cutting edge tech to help farmers literally milk more out of their herds. 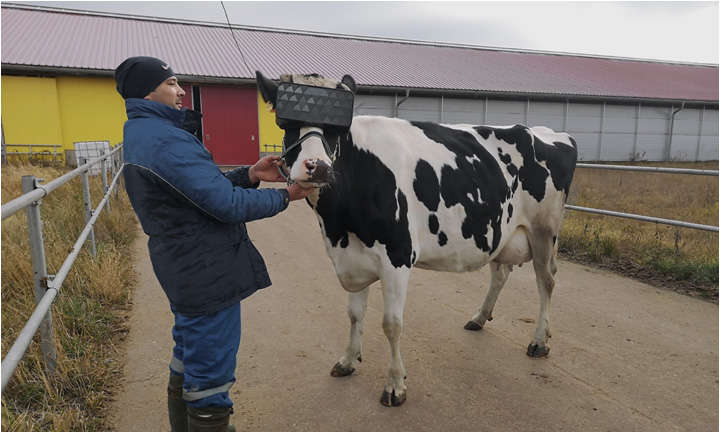 "Pastures? Where we're going we don't need... pastures!" said the cow cosplaying as Emmett Brown. Moscow Ministry Of Agriculture And Food Making it ideal for cows wasn’t easy. First of all, there was the challenge of the headset. Cows' eyes are on the side of their heads, which gives them 300-degree vision but limits their binocular vision to just 25 to 50 degrees.

They are also quite particular when it comes to colors, so the simulation was created to match their sensitivities. Cows can distinguish most colors and are especially good at recognizing shades on the red end of the spectrum, like red, orange, and yellow, but less so with green, blue, and violet. Taking this all into consideration, the developers created a unique summer field simulation, which evidently pleased the cows.

During the first test, which was carried out at RusMoloko farm in the Ramensky district of Moscow, according to Moscow's Ministry of Agriculture and Food, experts involved recorded a "decrease in anxiety and an increase in the overall emotional mood of the herd".

The test is still ongoing and researchers are hoping a comprehensive long-term study will show clear results of the effect of VR on milk production, both quantity and quality. No word yet on if the cows will be able to choose their VR experience in the future.

BY LAURIE L. DOVE When some people think of clowns, they picture big smiles and fuzzy hair, brightly colored…

By Spooky on October 25th, 2019 The owner of McKamey Manor, dubbed by many the world’s most terrifying…