What Make Germans so orderly? 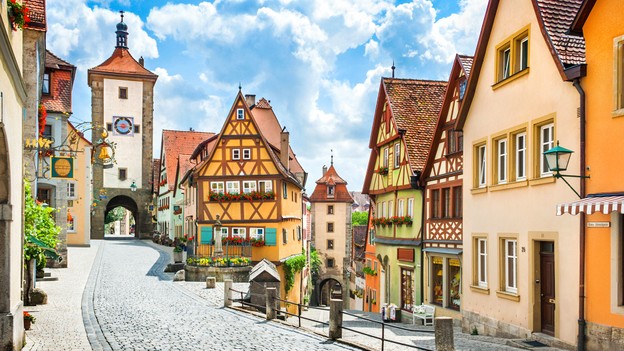 For centuries, Germany has been synonymous with order. So how can a rule-abiding nation also have an anything-goes spirit?

On the high-speed train gliding smoothly from Berlin to Düsseldorf, a young man started chatting to me. He eventually asked, “What are some of the cultural differences you’ve noticed between Germans and Americans?”

As if on cue, a middle-aged woman hovered over us and gave a harsh, “Shh!” with her finger pressed against her lips. She pointed to a sign of a mobile phone with a cross through it, indicating that we were in the Ruhebereich, the quiet carriage of the train.

“You must be quiet,” she said, before returning to her seat.

“That,” I said to the man sitting next to me. “That’s different.” 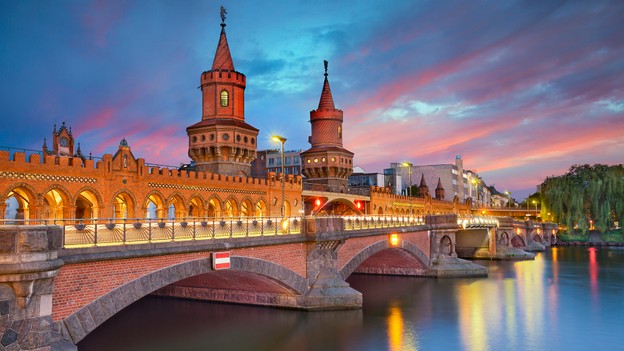 On the high-speed train gliding smoothly from Berlin to Düsseldorf, a young man started chatting to me. He eventually asked, “What are some of the cultural differences you’ve noticed between Germans and Americans?”

As if on cue, a middle-aged woman hovered over us and gave a harsh, “Shh!” with her finger pressed against her lips. She pointed to a sign of a mobile phone with a cross through it, indicating that we were in the Ruhebereich, the quiet carriage of the train.

“You must be quiet,” she said, before returning to her seat.

“That,” I said to the man sitting next to me. “That’s different.”

This proverbial saying is so well-ingrained in the German psyche that it’s become a cultural cliché for Germans around the world, and a way of life for them at home

In Germany, your brown bottles must be recycled separately from your clear ones. You must be quiet after 22:00. You must always obey the red man at a crossing, even if no cars are coming. And if you want to get anything done in this country, you need to print and fill out the proper forms, make an appointment, take your number and wait to be called to find out if you followed the rules or missed something in the fine print – which you probably did.

On the surface, “Ordnung muss sein” seems to be the foundation of German personal and social conduct. But, stereotypes aside, is Germany really “orderly”?

As with many things “German”, the answer may go back to Martin Luther. In addition to forever changing how Germany (and the world) worships, many of the humble Reformationist’s personal preferences (from a love of beer to books to severe Bauhaus-inspiring design) have continued to shape German culture for the last 500 years. In fact, according to volume 67 of his Sämmtliche Werke text, it was the jowly monk himself who appears to have first written the earliest iteration of the expression.

'Ordnung' is in the water supply

Luther wrote, “Ordnung muss sein unter den Leuten” (literally: “There must be order among the people”). But Dr Wolfram Pyta, director of the Department of Modern History at the University of Stuttgart, contends that Luther wasn’t referring to the virtue highlighted in the contemporary use of “Ordnung muss sein”.

“Luther called for obedience to authority in his theological writings,” said Pyta. “But this isn't identical with … the expression ‘Ordnung muss sein’, which isn’t necessarily aimed at state order, but rather at order in one’s private life.” 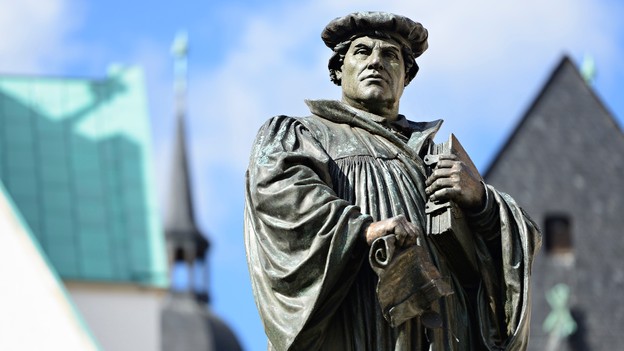 While there's not much documentation of the phrase in the centuries after Luther, a 1930 article published in The New York Times claimed that Paul von Hindenburg, the last president of the Weimar Republic, had made the phrase “world famous”. The expression became further tied to German culture when Hindenburg graced the cover of TIME magazine in 1934 with the exclamation “Ordnung muss sein!” printed underneath his photo. The cover story, "Germany: Crux of Crisis", quotes Hindenburg shouting his “useful aphorism which serves him on all occasions” at Adolf Hitler while discussing politics.

“Order is considered to be a Prussian value on equal standing with fulfilling obligations, punctuality, hard work and honesty,” said Christina Röttgers, a German culture expert who helps international companies understand the German mindset to work with them effectively.

Order is considered to be a Prussian value on equal standing with fulfilling obligations, punctuality, hard work and honesty

Whatever the expression’s true origins, “Ordnung muss sein” is certainly embedded within the fabric of German society. But interestingly, Germans don’t discuss it, because according to Röttgers, the values and rules associated with it have already been internalised. Nobody needs to talk about the rules because it’s assumed everyone already knows them. 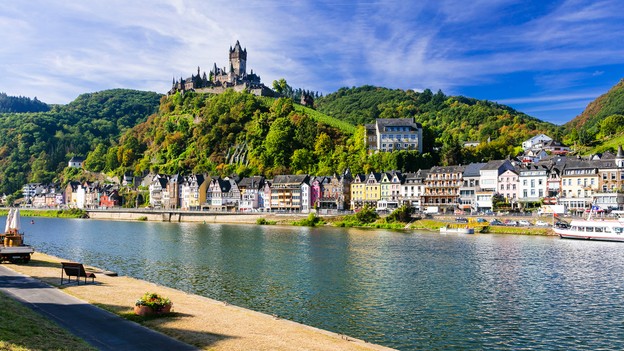 “Ordnung is in the water supply,” quipped Joachim Krüger, a German professor of psychology at Brown University. “Every child learns this saying in the context of cleaning their room,” added Röttgers. “For Germans themselves, it's part of their everyday lives, but they don't think about it any more than someone thinks about grammar while they’re speaking."

Verena Netscher, a personnel consultant from Cologne, agreed. “I think it’s something that exists in the minds of people in Germany,” she said. “But I don’t think anyone is especially striving to achieve this ideal.”

Around the country, every German I asked agreed with Netscher’s sentiments. “There’s order and that’s a good thing,” Lukas Pietrek, a law student in Düsseldorf, wrote to me. “But a lot of people are nevertheless too orderly and stuffy.” 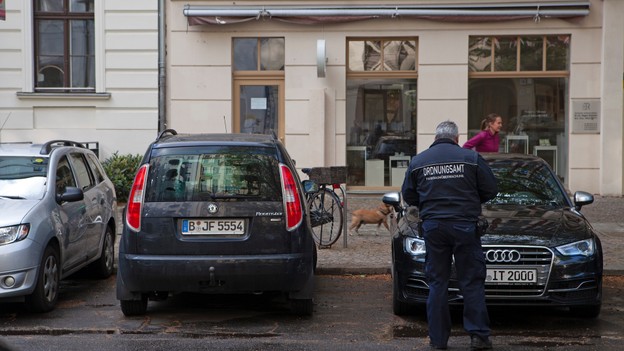 Needless to say, Ordnung has slipped into everyday German vocabulary. If you seem distraught, a passerby might ask, “Alles in Ordnung?”. In English, that’s, “Are you OK?”, but literally, they’re asking, “Is everything in order?”. If everything is as it should be, then you’re “in Ordnung”.

It’s also stitched on uniforms of the men and women who work for the Ordnungsamt (Germany’s Public Order Office). This is essentially a special police force that focuses on misdemeanours, which in Germany includes playing loud music during quiet hours, parking violations and enforcing when and how long your dog is allowed to bark (10 minutes at a time and no more than 30 minutes a day outside of quiet hours, according to a court decision). If you’re caught on the wrong side of the Ordnungsamt, you’ll get an Ordnungswidrigkeit – a misdemeanour.

Yet, whenever you mention “Ordnung muss sein”, Germans are quick to mention another expression, “Ordnung ist das halbe Leben” (“Order is half of life”). And when they tack on the rest of the expression, it turns Germans’ trademark tidiness on its head: “Unordnung die andere Hälfte” (“And disorder the other half”). 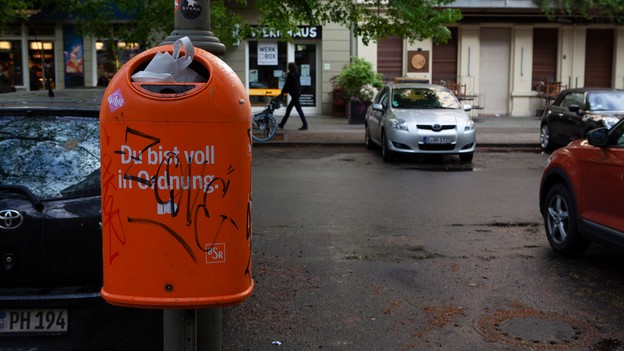 Nobody will deny that there are splashes of disorder in Germany. Commuters across the country burst onto trains before people have a chance to get out; people routinely vandalise rubbish bins bearing the word, “Ordnung!” on them; and the nation’s “newest” airport is finally set for take off in October after a nine-year delay due to design flaws, scandals and general chaos.

In fact, for more than 100 years – from the hedonistic parties of the Weimar Republic to the boho-squat raves before unification to the techno temples of today – my home of Berlin has been renowned around the world as an anything-goes lab of cultural experimentation. Nearly 20 years after the city’s former mayor called it “poor but sexy”, people from around the world still move here precisely to free themselves of rigid life plans and to be whoever and whatever they want without a judgmental glance.

But even in a city legendary for its libertine tolerance and anarchistic spirit, there are still strict, unwritten rules. Want to grab spray paint and tag part of the Berlin Wall? There’s a designated section of Mauerpark where you can do that. Want to go au natural? There are unmarked swaths of the city’s central Tiergarten park and surrounding lakes where clothing is severely frowned upon. And want to do drugs and have sex with strangers? No-one will bat an eye at most Berlin clubs – so long as you do your business in the right room. 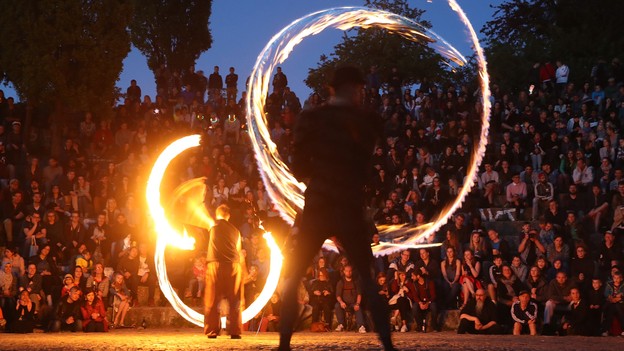 Berlin may be a special beast, but the deeper you dive, the more you’ll see this carefree cultural attitude across Germany. Frankfurt has its growing Bahnhofsviertel neighbourhood full of brothels and clubs. Hamburg’s St Pauli area is one of Europe’s most raucous red-light districts. Even the most conservative corners of Bavaria and the former East Germany embrace the Freikörperkultur (free-body culture) of relaxing in the buff at certain campsites, beaches and resorts.

Of course, each of these examples still fits neatly within Germany’s specific sense of order: it’s less about banning certain things and more about making sure you’re doing them in the proper, assigned place. Chat softly on the quiet carriage of a train and you’re likely to get scolded. But drink a beer on Berlin’s subway and no-one will say a word because of another unwritten rule that public drinking – and even public transit drinking – is generally deemed acceptable. 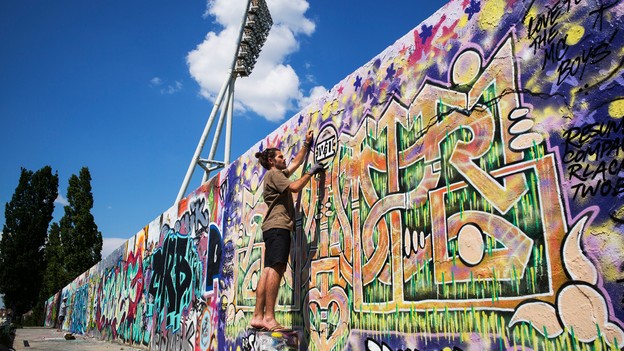 Of course, if you run afoul of someone’s interpretation of the rules, many strangers may gladly let you know that you’ve disrupted their Ordnung. “Germans aren't shy about pointing out when others break the rules,” said Röttgers. “Strangers will rebuke you because there’s an expectation that everyone will follow the rules.”

That explains why a neighbour of mine shared a video of how to properly deconstruct a cardboard box for the recycling bin in my apartment building’s WhatsApp chat. “In five seconds, a box is made small. If I can do it, you all can, too.” The message was signed with a kissy-face emoji.

But on the whole, German order is rather pragmatic. “Ordnung muss sein” doesn’t mean building a false reality. It means Germans demand that systems are in place to prevent the worst from happening, like Kurzarbeit (short work) – a programme that allows businesses to decrease the hours of their employees during times of crisis (like the 2008 financial crash and the ongoing coronavirus pandemic) and the government will pay 60% of the remaining salary to avoid mass unemployment. 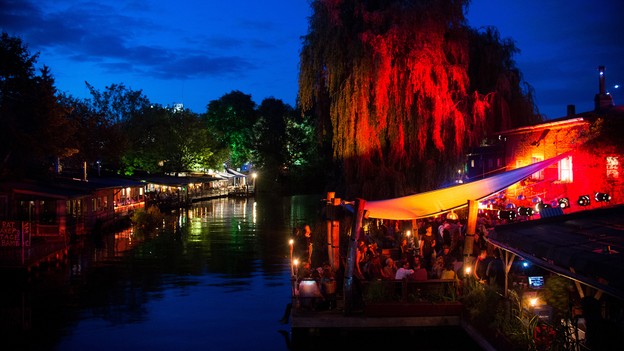 Having travelled extensively through all of Germany’s 16 states, I have seen Ordnung operate swiftly and smoothly, from the Black Forest to the Baltic Sea. But I’ve also seen Germans throwing this order overboard at “acceptable” times – be it embracing their carnal core at Carnival, screaming at hordes of armoured guards at football matches or launching fireworks from crowded streets and balconies on New Year’s Eve.

In the end, Germany – like any country – is more than just one phrase.

“There are a lot of expressions that, when put together, build a picture of a culture,” Röttgers said. “‘Ordnung muss sein’ is just an excerpt.”

Now if you’ll excuse me, I have some cardboard boxes to “make small” and ensure my dog isn’t barking more than his daily allotted limit.

Why Are Right-Handed People More Common? By Zidbits It is estimated that between 70-90% of the human population is…