By Associated Press
Roberto Azevedo leaves the WTO amid lingering U.S.-China tensions and the coronavirus pandemic 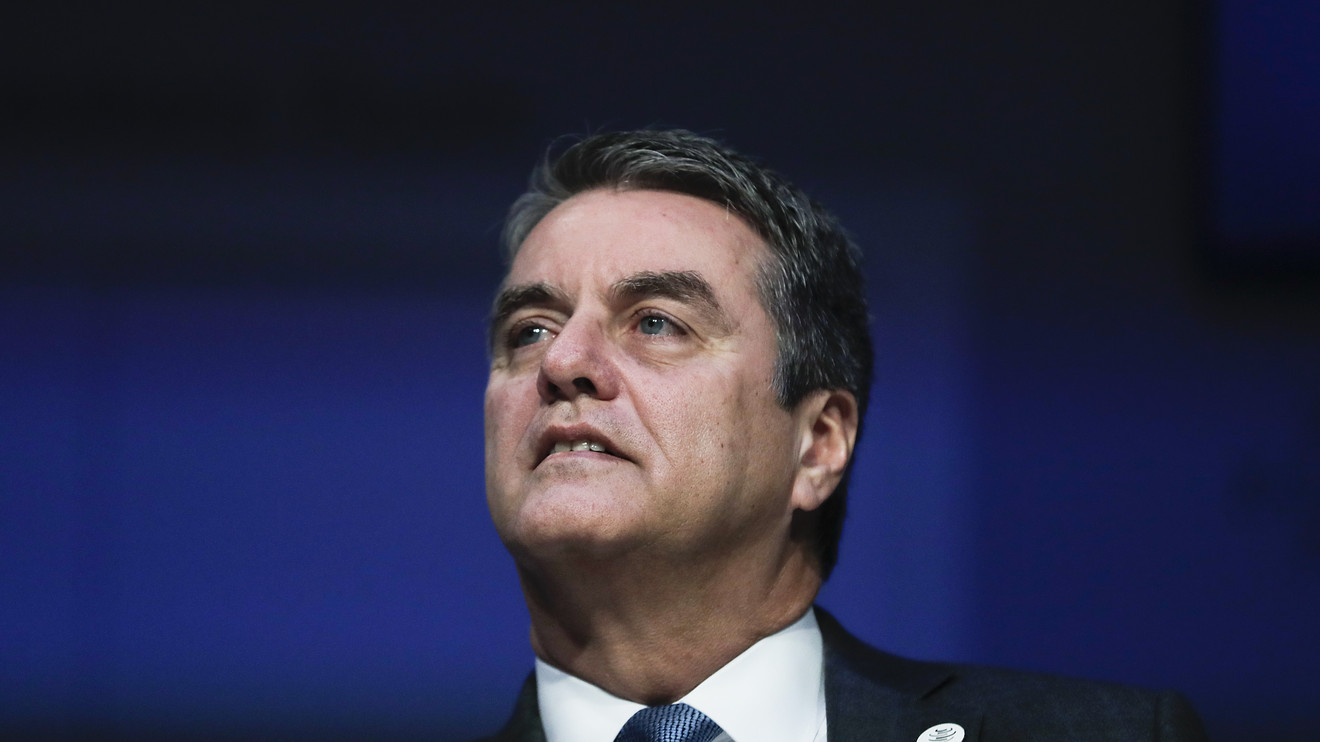 GENEVA (AP) — The head of the World Trade Organization said Thursday that he will leave his post a year early, a “personal decision” that sets the stage for a succession contest at the trade body amid lingering U.S.-China tensions and a coronavirus pandemic that has doused the global economy.

Roberto Azevedo, a 62-year-old Brazilian, said he will step down Aug. 31 as WTO director-general, ending a seven-year tenure marked in recent years by intense pressure from President Donald Trump, who repeatedly accused the Geneva-based trade body of “unfair” treatment of the United States and launched a trade war with China in defiance of the WTO system.

“This is a decision that I do not take lightly,” Azevedo told a special meeting of WTO delegations. “It is a personal decision - a family decision – and I am convinced that this decision serves the best interests of this organization.”

The 25-year-old trade body has never had to fill a vacancy for the director-general post before that term expired, and under WTO rules, a selection process for a successor is to begin as soon as possible.

Azevedo’s WTO often found itself in the firing line of the Trump administration, which has accused it of letting China get away with unfair state subsidies and for allegedly strong-arming foreign businesses into giving up their intellectual property in order to gain access to the giant Chinese market.

Speaking to reporters Thursday at the White House before travelling to Pennsylvania, Trump said he was “okay with it” when asked about Azevedo’s plans to step down.

“The World Trade Organization is horrible,” Trump said. “We’ve been treated very badly. I’ve been saying it for a long time. They treat China as a developing nation, therefore China gets a lot of the benefits that the U.S. doesn’t get.”

Alluding to China’s accession to the WTO in 2001, Trump added: “The people sitting in the Oval Office” before him “should never have let that happen.”

“Despite the many shortcomings of the WTO, Roberto has led the institution with grace and a steady hand,” Lighthizer said in a statement. “He will be difficult to replace.”

Azevedo’s tenure has been marred by the U.S. squeeze on the WTO’s Appellate Body — a sort of appeals court that issues final rulings on international trade disputes. The U.S. has blocked the appointment of new judges, complaining that the WTO is slow, cumbersome and ill-equipped to deal with challenges posed by China’s hybrid capitalist-socialist system.

The Appellate Body’s woes have been a punishing blow to the “rules-based international trading system” that Azevedo has long defended. And the “America First” mindset in the United States — long the most powerful WTO player — put him often on the defensive.

“I believe that I have been able to contribute to maintaining the WTO as a key pillar of global economic governance amid challenging times for multilateral cooperation,” he said.

The WTO nonetheless has intervened in some of the world’s thorniest trade disputes, handing down record rulings recently in standoffs like one pitting plane makers Airbus and Boeing that ultimately gave the U.S. the go-ahead to slap tariffs on billions of dollars worth of European goods in compensation.

Azevedo claimed success on issues like a Trade Facilitation Agreement aimed to cut through red tape and bureaucratic delays in trade, and expanding export of goods and services from developing countries. But on his watch, the WTO failed to conclude Doha round trade talks and has been sclerotic when it comes to reform for the 21st century economy —— a legacy in part of its requirement for unanimity among members.

“Regardless of how fulfilling these last 7 years have been for me, I must now end this cycle,” Azevedo said. “As members start to shape the WTO’s agenda for the new post-COVID realities, they should do so with a new director-general.”

Get Numb Before You Get Good By Cedric Chin The first time I sent the Commonplace newsletter, I was…

When Are We Truly Productive? In the last two hundred, the world has witnessed the greatest increase in productivity…