Get Numb Before You Get Good 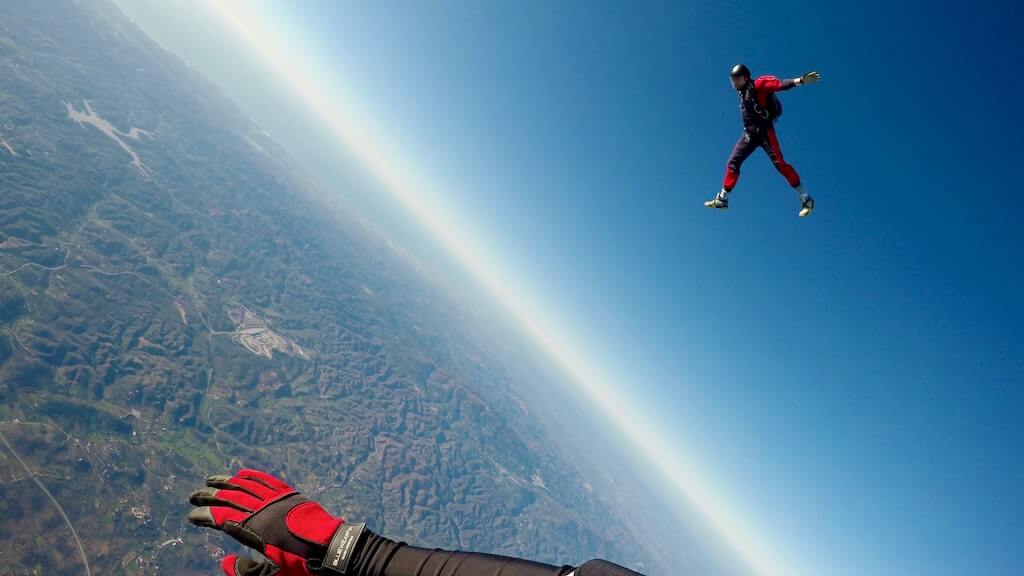 The first time I sent the Commonplace newsletter, I was terrified.

It didn’t make sense. I had been writing in public for a decade at that point, and I knew that sending a newsletter to my subscribers wasn’t materially different from publishing a blog post to a larger, more anonymous audience. And yet there I was, uncomfortable and scared and staring at the Mailchimp compose screen.

Perhaps you’ve felt this recently. Perhaps you’ve attempted to write a blog, or you’ve taken up knitting and are loath to post pictures of your first pair of socks online, or you dread your first pitch meeting and have over-prepped over the weekend. Or perhaps you were like I was: you’d gotten comfortable in your job, and without realising it you had neglected the fear of doing new things for a bit.

This wasn’t always the case. When we were teenagers, most of us regularly tried new things. I remember dimly the first time I published my first blog post — about 15 years ago — and how terrifying that felt. And I remember how wooden my limbs became right before my first Judo competition. I was scared of my opponent. Sensei could see it in my face. In both cases, I did it again and again until I felt numb.

I want to talk about the value of feeling numb here, because I think it’s easy to overlook it in the pursuit of expertise.

Where Does The Fear of Starting Come From?

Some activities don’t come with a fear of starting. Starting with competitive Starcraft in the comfort of your home, for instance, seems a lot less scary than going to a dance competition for the first time. And other things — like writing a blog post, building a business, or publishing an ebook — appear scarier.

Why is this the case? I think part of the reason is that certain activities require you to succeed (or fail) in public. Publishing a book or blog post exposes you to criticism in a way that playing Starcraft at Bronze doesn’t. Which begs the question: where does our fear of failure come from?

Publishing a book or blog post exposes you to criticism in a way that playing Starcraft at Bronze doesn't.

Perhaps you are scared because you’re a perfectionist and you don’t like showing the shitty things you make at the beginning. Or perhaps you’re afraid of being judged by an audience. Or perhaps you’re imagining a worse case scenario when (if?) you fail.

I’ll stop here. I won’t waste your time with stories about how I was afraid of failing in public — my reasons will differ from yours, because my hangups are different from yours. (But also, it doesn’t matter.)

Others have written about this phenomenon in greater detail than I have. Amy Hoy, for instance, has a good essay titled The Harsh Truth About Fear that talks about exactly this problem. Amy argues that whenever you ‘fear’ a launch, what you feel isn’t fear, but rather your ego getting in the way. Telling yourself that you are afraid is a way for your ego to get the sympathy it feels it deserves.

Amy’s essay is good, but her recommendations come from a place of tough love — which is to say that it might not be a good fit for everyone. (But also: it doesn’t matter.)

The reason your reasons don’t matter is because there’s a simple trick to get over the initial hump: keep doing the thing until you feel numb. If you just keep doing the new thing, the new thing eventually loses its sparkle. It becomes ‘just another thing I do’. In the case of Commonplace’s newsletter, it became ‘another thing I write on Tuesdays’. Ditto for blog writing, and podcasting, and public speaking.

It seems a little callous to say “reasons don’t matter”. Normally, I’d be cautious about recommending some action without sandwiching the advice with appropriate context. But it seems needlessly complex in this case. Sure, the way you convince yourself to ‘keep doing the thing until numbness comes’ may vary from person to person — Hoy recommends stripping away your ego; I remind myself that numbness will come — but the underlying action remains the same: just do the new thing. Do it until it doesn’t seem like some shiny scary activity. Do it until numbness comes.

This seems trivially obvious, but consider the downstream implications: when you’re just starting out, don’t seek feedback. If people offer you advice, shut it out. It’s not that feedback is bad, or that advice is terrible, it’s that none of it is useful until you’re numb. You must get over the fear of launching before you focus on the disgust you feel about the quality of your work. When the disgust is all that’s left, that’s when you know to seek feedback.

When the disgust is all that's left, that's when you know to seek feedback.

There’s a second implication that leads from the first: when you’re training juniors (kids, students, new employees) to do work with some element of public failure, get them to stick to a certain cadence before you focus on improving outcomes.

Again, this seems trite, so let’s make it more concrete: whenever a friend asks me for advice on blogging, I tell them to just publish a post a week. I try not to give them advice about blog topics or writing techniques, and I refrain from recommending fancy blog software. Sometimes I fail, because I'm a huge blogging nerd. But most of the time I just tell them to start.

Similarly, when you’re getting your kid started in sports, do what is necessary to get them numb before you focus on improving their technique. This is especially true when the sport is structured around head-to-head competitive play: Judo, badminton, or tennis, to name a few. The majority of kids fear competitive battle, and drop out early. Bracing against this fear is often more useful than pushing them on their technique.

When managing a content marketing team, get your podcast host to produce episodes at a weekly cadence before iterating for marketing impact. The first few episodes will likely be terrifying for said host, especially if she’s never done it before. A trick I use to evaluate public producers: if aforementioned new podcast host/producer is willing to share her work on her personal social media accounts, then she’s likely numb enough or proud enough of her work to be able to iterate effectively. It's only then that I can switch to more aggressive feedback. But not before.

(There’s an odd caveat to this observation which is that a certain class of people will be terrible at something but not fearful, and these people will continue to produce terrible work even if you try to get them to improve; this is a mysterious phenomenon that I shall leave for someone smarter than I to tackle. If you’re thinking ‘Dunning-Kruger’ as you read this paragraph, make sure you’re referring to the actual effect, and not the pop-sci version.)

Radio producer Ira Glass has a famous quote where he says:

“Nobody tells this to people who are beginners, I wish someone told me. All of us who do creative work, we get into it because we have good taste. But there is this gap. For the first couple years you make stuff, it’s just not that good. It’s trying to be good, it has potential, but it’s not. But your taste, the thing that got you into the game, is still killer. And your taste is why your work disappoints you. A lot of people never get past this phase, they quit. Most people I know who do interesting, creative work went through years of this. We know our work doesn’t have this special thing that we want it to have. We all go through this. And if you are just starting out or you are still in this phase, you gotta know its normal and the most important thing you can do is do a lot of work. Put yourself on a deadline so that every week you will finish one story. It is only by going through a volume of work that you will close that gap, and your work will be as good as your ambitions. And I took longer to figure out how to do this than anyone I’ve ever met. It’s gonna take awhile. It’s normal to take awhile. You’ve just gotta fight your way through.”

You can’t ‘fight your way through’ if you have a problem with producing. Get numb, then get good.