Good ol' Bugs Bunny really got one over on us. Turns out carrots are not the food of choice for nonfictional rabbits. 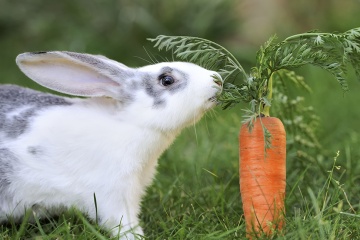 While the rabbit-carrot connection is squarely at the center of pop culture, carrots aren't the ideal food source for rabbits. A balanced rabbit diet consists of unlimited quantities of hay or grass, plus smaller amounts of veggies and leafy greens -- which could include the tops of carrots but not the carrots themselves.

Carrots should never be a main source of food for a rabbit -- think of them the way you would a candy bar for yourself. Carrots and other root veggies, as well as fruit should be considered a treat for rabbits, and you should limit consumption to no more than one or two tablespoons per rabbit each day. Allowing a rabbit to have too many carrots could result in obesity, as carrots are largely empty calories for these creatures. Excess carrot consumption may even harm the rabbit, leading to stomach discomfort or digestive issues. 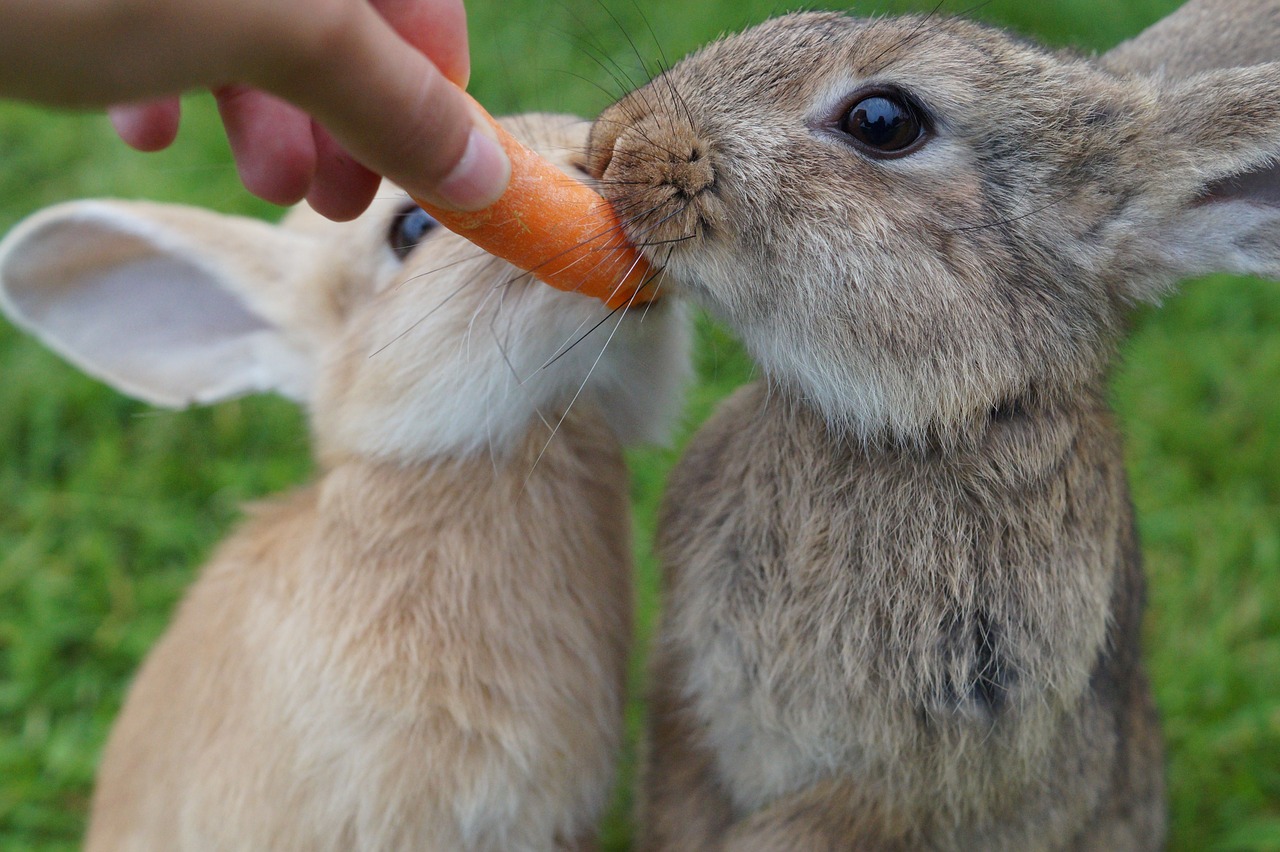 That said, why are carrots so closely associated with the rabbit? Thank Bugs Bunny. For more than 70 years, he's been chomping away at his signature carrot in everything from cartoon shorts to feature films. Most likely, the carrot that led to generation's worth of misinformation about rabbit eating habits was spawned by a simple cigar in a set of famous hands.

While there's some debate over why animators gave Bugs his beloved carrot in the first place, it could be attributed to the cigar smoking habits of classic movie stars of the '30s and '40s. Some suggest that Bugs' carrot is simply a PC-version of the cigars enjoyed by Groucho Marx or Clark Gable, or the cigarettes that seemed to always hang at the corner of Humphrey Bogart's mouth.

Warner Brothers animation director Bob Clampett once stated in an interview that Bugs' carrot was inspired by the way Gable spoke around his cigar in the 1934 film "It Happened One Night". There's little doubt that Bugs borrowed his classic quote, "Of course you realize, this means war!" from Groucho Marx, who was rarely seen without a cigar. Other sources suggest that WB animators borrowed from Bogie, Al Jolson and other famous stars of the period.

By Tom Hale ELGUB/SHUTTERSTOCK Do you have a "kind and friendly face” and like the sound of $128,…

This Adorable 2-Year-Old Puppy Is So Tiny, It's Hard To Believe He's Fully Grown By Andželika Jasevičiūtė If you…