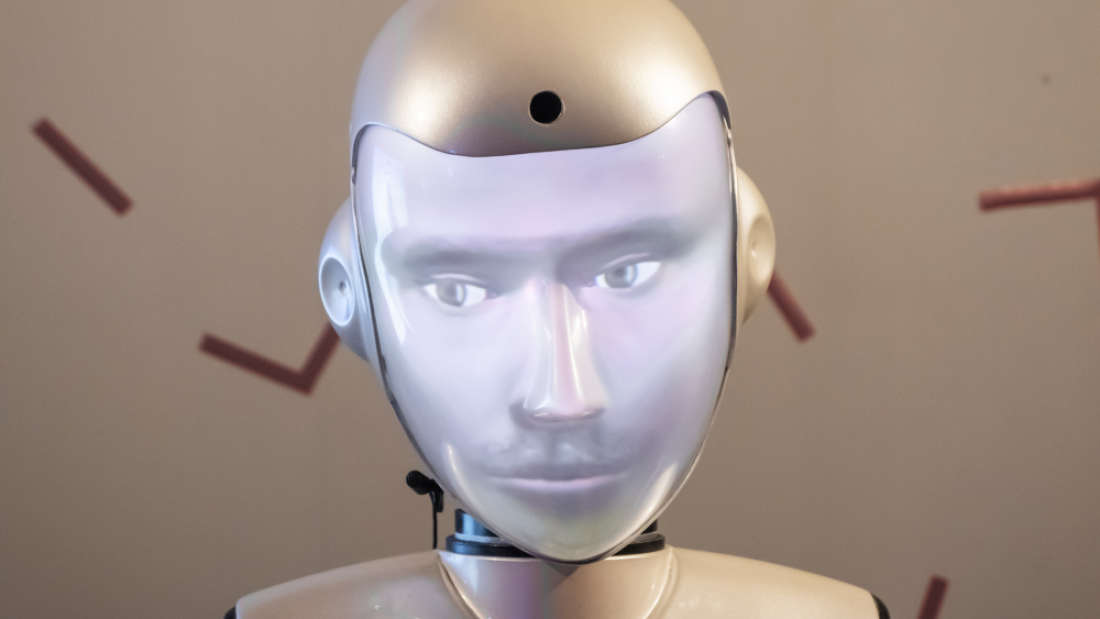 Do you have a "kind and friendly face” and like the sound of $128,000 in your bank account? Why not sell the rights to use your face to an undisclosed company?

An anonymous private company is offering to pay one person £100,000 (approximately $128,800) for the rights to use their face on a range of robots.

The company wants to use the image to give a face to a humanoid robot who will serve as a “virtual friend” for elderly people. Due to this vocation, they’re especially keen to find somebody with a “kind and friendly” face. The project has been in development for five years and is set for manufacturing next year, with the aim of eventually producing “potentially thousands of versions of the robots worldwide.”

Other than this, the announcement is remarkably thin on details. For starters, the name of the designer or company is not known. It’s also unclear what exactly you’d be agreeing to, although Geomiq, a London-based engineering company that's helping to develop the project, says they will reveal more details to candidates who make it on to the next phase of the project.

“Details of the project are scarce due to a non-disclosure agreement we’ve signed with the designer and his investors,” Geomiq explained in a blog post.

“The company says the need for anonymity is due to the ‘secretive’ nature of the project, however it believes the robot will soon be ‘readily available’ to the public and hopes the campaign will create extra buzz ahead of its eventual release.”

Needless to say, people are a bit skeptical about the offer. Regardless of the finer legalities of the arrangement, many people have been confused as to why the project hasn't used Generative Adversarial Network (GAN) technology to create fake human faces. Although still in its infancy, this technology has been used to create fake photorealistic faces that actual humans are unable to distinguish from a genuine person.

“Have these people ever heard of GANs? There are datasets with 100k realistic (but not real) faces available already,” one person commented on Twitter. “My guess is that we can code a nice generator for less than 100k…”

“Why don't they just generate a face? So unnecessary to demand a real one attached to a living person,” another added. “Am I missing something?”

Top 10 most popular GIFs of 2019, according to Giphy BY ANDY MOSER GIFs are an internet language of…

BY BAMBI TURNER Good ol' Bugs Bunny really got one over on us. Turns out carrots are not the…