Why the U.S. Space Force just hired this handsome horse

America's Space Force has acquired a horse for an important mission. 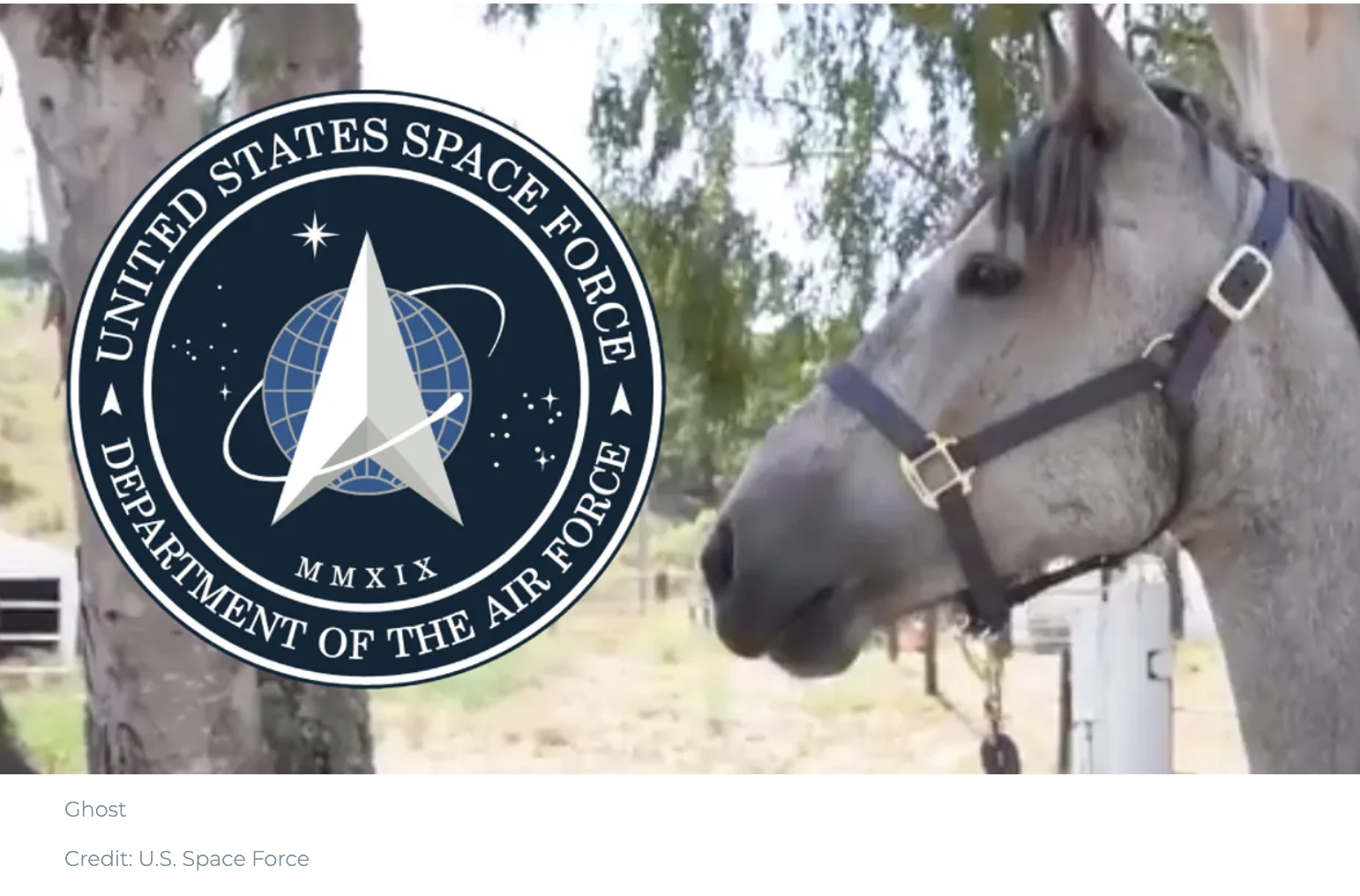 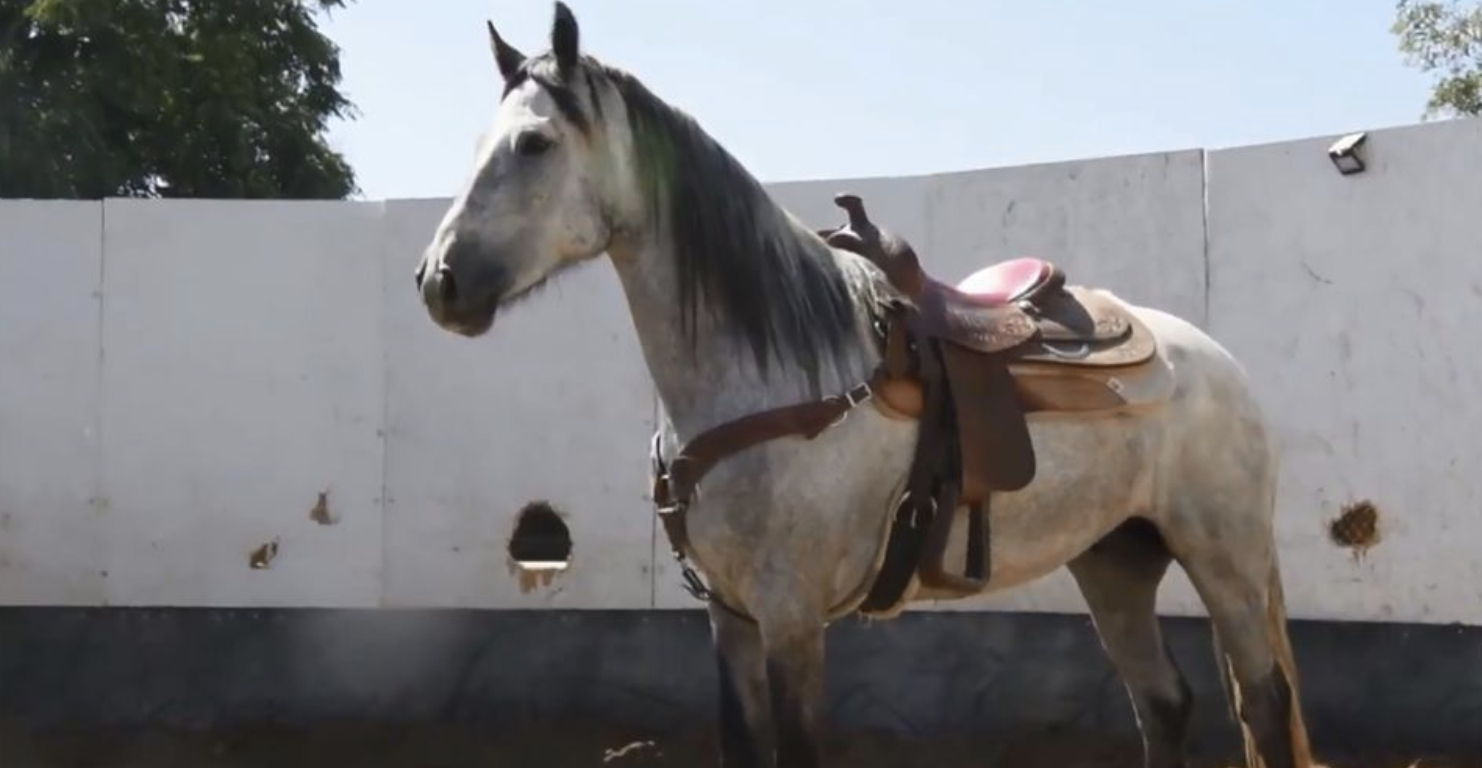 The U.S. Space Force isn't yet as formidable as its name promises, but it does now have a horse named "Ghost." The 5-year-old mustang joins the Conservation Military Working Horse program, itself a recent addition to the Space Force (from the U.S. Air Force). 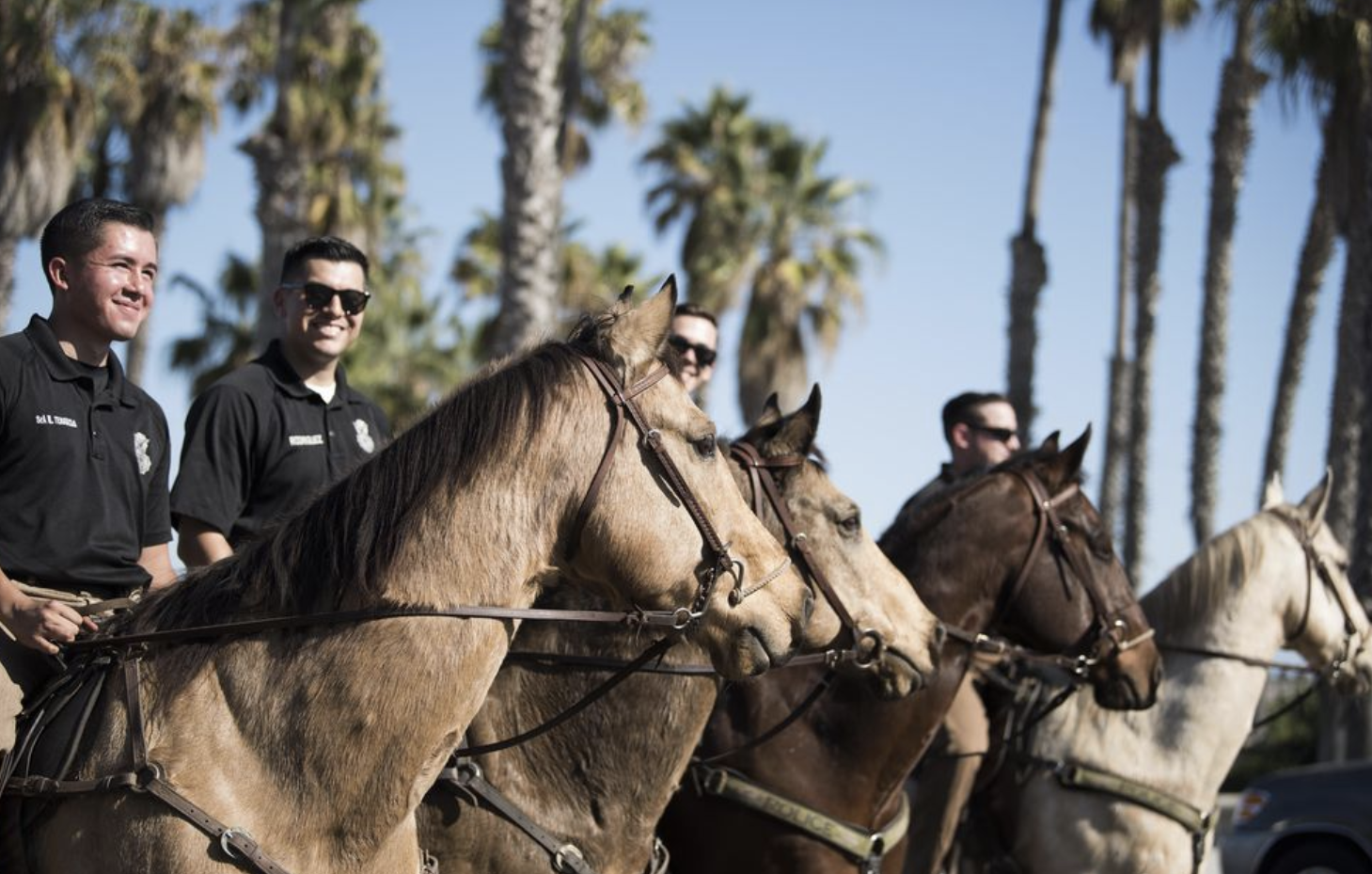 The stable of four Military Working Horses is housed at Vandenberg Air Force Base in California. The area of the base is huge at 99,600 acres, the third largest in America. There are parts of it that are not easily accessible to vehicles. That's where the horses come in. They help police the areas in the hills that are hard to get to and that might have protected species or intruders. Fifteen endangered or threatened species live on the territory of the base.

Staff Sgt. Michael Terrazas, who manages the program and is also one of Ghost's handlers, explained why the horses are helpful:

"We enforce fish and game laws, and the horses help us walk off the beaten path to complete our mission," Terrazas shared in a news release. "We have even responded to lost hunters and hurt animals." 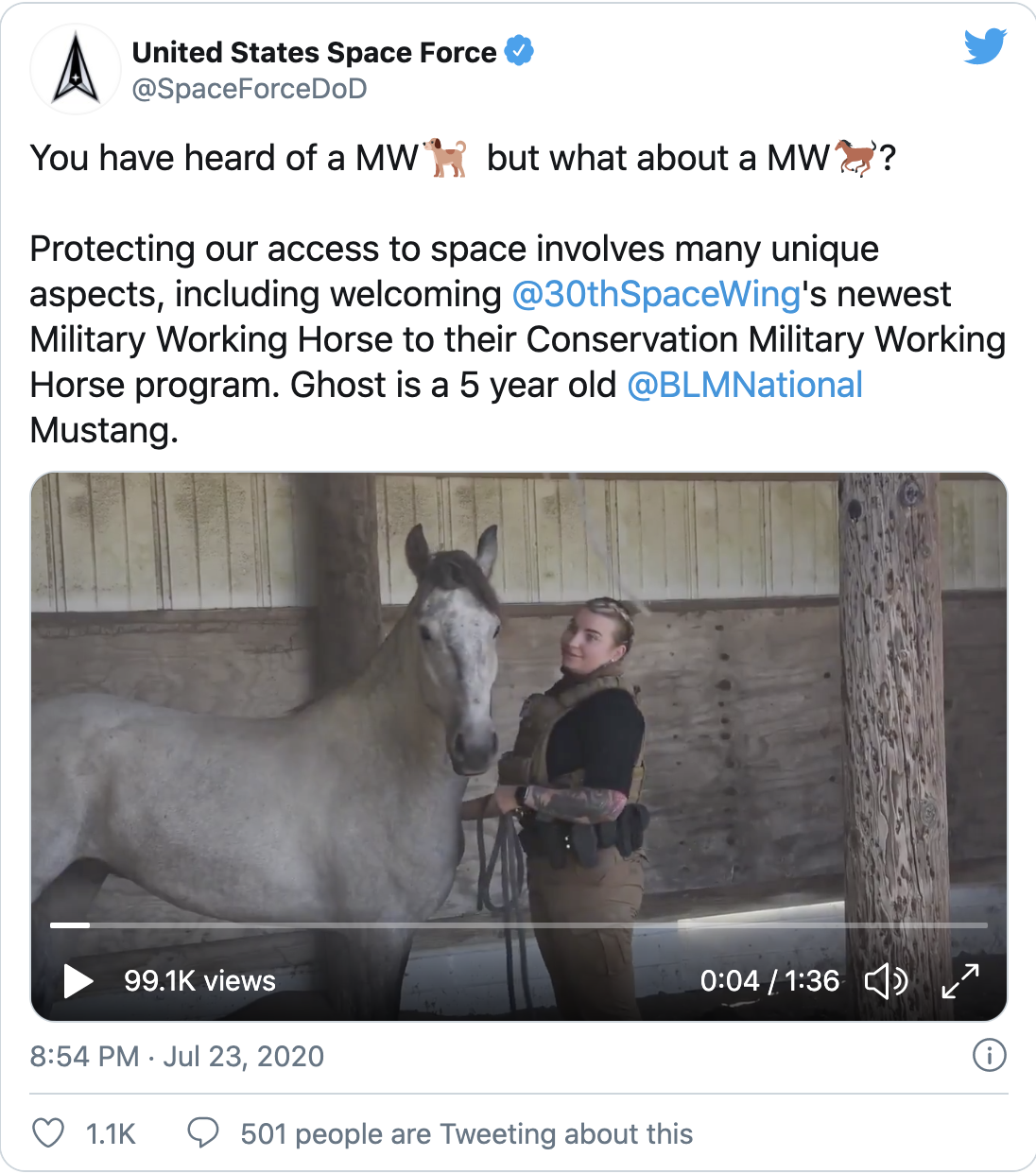 Using horses like Ghost rather than vehicles is certainly a low-tech but an environmentally-friendly approach. To get in shape for its missions, Ghost trains with a personal trainer three times a week. Unfortunately (or fortunately) there are no plans to send Ghost or any of the other Space Force horses into orbit for missions.