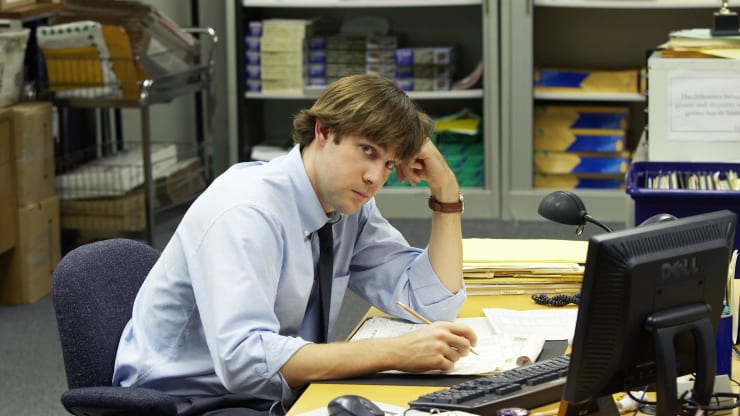 Loneliness has become known as a “modern epidemic,” despite there being more ways than ever to connect with friends, family and even colleagues.

In fact, nearly half (46%) of people feel lonely some or all of the time, according to a survey of 20,000 U.S. adults conducted last year by insurer Cigna and market researcher Ipsos.

The field study, called “No Employee an Island: Workplace Loneliness and Job Performance,” surveyed 672 employees and their 114 supervisors from a range roles in the U.S.

The first was that “people who were lonelier became less effectively committed to their organization,” meaning they cared less and were not motivated to work as hard which lowered performance, she explained to CNBC.

Another reason was that co-workers found those colleagues suffering from loneliness “less approachable.”

This had a negative effect on work performance as a lack of interaction meant less information was shared with co-workers, meaning those suffering from loneliness were less likely to get the resources they needed, Barsade explained in another interview with online business analysis journal Knowledge@Wharton.

This finding was “counter intuitive” to what people typically thought about loneliness, assuming from an “evolutionary and motivational” point of view that someone feeling lonely would reach out to others.

“But what we know about loneliness is, unfortunately, is that when it passes a certain threshold it actually causes us to become more cautious, more protected,” she said.

She pointed out that given the well-established link between co-workers and professional performance, in terms of offering feedback and advice, it actually made sense their perception of a lonely person would have a negative impact.

The Cigna-Ipsos study found workplace loneliness had an impact on health. Nearly nine in 10 (89%) of people who said they had positive relationships with co-workers purported to be in good health, versus two-thirds (65%) of those with fair or poor connections with colleagues.

How to help workplace loneliness

“That’s like a tide that raises all boats because you can’t just target the lonely person,” she said. “You do it for everybody — you show affection, caring, compassion and tenderness for everyone.”

One mistake employers can make is assuming loneliness is the fault of the individual, when they should be considering if it is a reflection of an organizational issue, she said.

“When people seem to have (problems) that are intrapsychic, we’re like ‘that’s just their issue’,” she commented.

Looking at whether a company’s culture unintentionally leaves people out is one factor to consider, suggested Barsade. Another mistake would be lumping lonely people together, she said.

The study found that this assumption that “misery loves company” actually only made the situation worse, with Barsade explaining that people who are lonely can lose their social skills.

She added that a common misconception about lonely people is that they inherently have poorer social skills, when loneliness is actually situational.

“You can be lonely at work and absolutely not lonely in your personal or romantic life,” Barsade pointed out.

“It’s only where you’re feeling kind of lonely and rejected that you start to kind of shut down and then lose your ability to interact.”

Equally employers should not try to enforce socializing, she said, but instead start smaller even by just interacting more with employees showing signs of loneliness, by asking for their advice at work, for example.

This can help foster feelings of trust and inclusion, by bringing them “into the work fold,” Barsade said.

Given that every human contains about as many bacteria as body cells, it’s no surprise that probiotic foods…