Why Are Yawns Contagious? 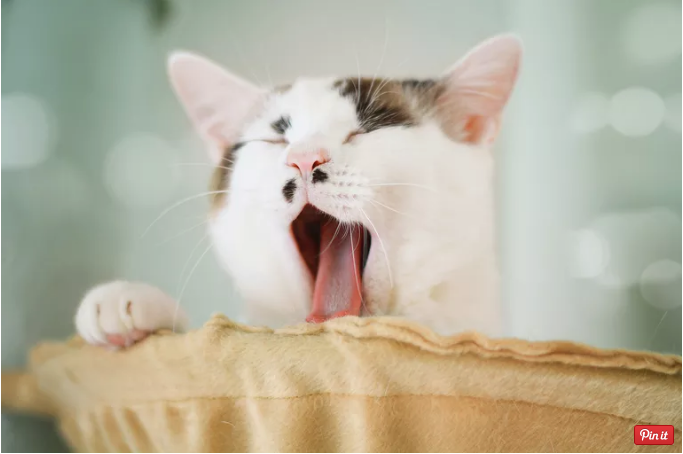 Every person yawns. So do many other vertebrate animals, including snakes, dogs, cats, sharks, and chimpanzees. While yawning is contagious, not everyone catches a yawn. Around 60-70% of people yawn if they see another person yawn in real life or in a photo or even read about yawning. Contagious yawning also occurs in animals, but it doesn't necessarily work the same way as in people. Scientists have proposed many theories for why we catch yawns. Here are some of the leading ideas:

Probably the most popular theory of contagious yawning is that yawning serves as a form of nonverbal communication. Catching a yawn shows you're attuned to a person's emotions. Scientific evidence comes from a 2010 study at the University of Connecticut, which concluded yawning does not become contagious until a child is about four years old, when empathy skills develop. In the study, children with autism, who may have impaired empathy development, caught yawns less often than their peers. A 2015 study addressed contagious yawning in adults. In this study, college students were given personality tests and asked to view video clips of faces, which included yawning. The results indicated students with lower empathy were less likely to catch yawns. Other studies have identified a correlation between diminished contagious yawning and schizophrenia, another condition linked to reduced empathy.

Relationship Between Contagious Yawning and Age

However, the link between yawning and empathy is inconclusive. Research at the Duke Center for Human Genome Variation, published in the journal PLOS ONE, sought to define the factors that contribute to contagious yawning. In the study, 328 healthy volunteers were given a survey that included measures of sleepiness, energy levels, and empathy. Survey participants watched a video of people yawning and counted how many times they yawned while watching it. While most people yawned, not everyone did. Of the 328 participants, 222 yawned at least once. Repeating the video test multiple times revealed that whether or not a given person yawns contagiously is a stable trait.

The Duke study found no correlation between empathy, time of day, or intelligence and contagious yawning, yet there was a statistical correlation between age and yawning. Older participants were less likely to yawn. However, because age-related yawning only accounted for 8% of the responses, the investigators intend to look for a genetic basis for contagious yawning.

Studying contagious yawning in other animals may provide clues to how people catch yawns.

A study conducted at the Primate Research Institute at Kyoto University in Japan examined how chimpanzees respond to yawning. The results, published in The Royal Society Biology Letters, indicated two of six chimps in the study clearly yawned contagiously in response to videos of other chimps yawning. Three infant chimps in the study did not catch yawns, indicating young chimps, like human children, may lack the intellectual development needed to catch yawns. Another interesting finding of the study was that chimps only yawned in response to videos of actual yawns, not to videos of chimps opening their mouths.

A University of London study found dogs could catch yawns from humans. In the study, 21 of 29 dogs yawned when a person yawned in front of them, yet did not respond when the human simply opened his mouth. The results supported a correlation between age and contagious yawning, as only dogs older than seven months were susceptible to catching yawns. Dogs aren't the only pets known to catch yawns from humans. Although less common, cats have been known to yawn after seeing people yawn.

Contagious yawning in animals may serve as a means of communication. Siamese fighting fish yawn when they see their mirror image or another fighting fish, generally just prior to an attack. This could be a threat behavior or it could serve to oxygenate the fish's tissues prior to exertion. Adelie and emperor penguins yawn at each other as part of their courtship ritual.

Contagious yawning is linked to temperature, in both animals and people. Most scientists speculate it is a thermoregulatory behavior, while some researchers believe it is used to communicate a potential threat or stressful situation. A 2010 study of budgerigars found that yawning increased as temperature was raised near body temperature.

People commonly yawn when tired or bored. Similar behavior is seen in animals. One study found the brain temperature in sleep deprived rats was higher than their core temperature. Yawning reduced brain temperature, possibly improving brain function. Contagious yawning could act as a social behavior, communicating a time for a group to rest.

The bottom line is that scientists aren't completely certain why contagious yawning occurs. It has been linked to empathy, age, and temperature, yet the underlying reason why isn't well understood. Not everyone catches yawns. Those who don't may simply be young, old, or genetically predisposed to not-yawning, not necessarily lacking empathy.

Should We Play It Cool When We Like Someone? One of the paradoxes of the dating game is that…