Why do Americans Sell Soda by the Liter but Milk by the Gallon? 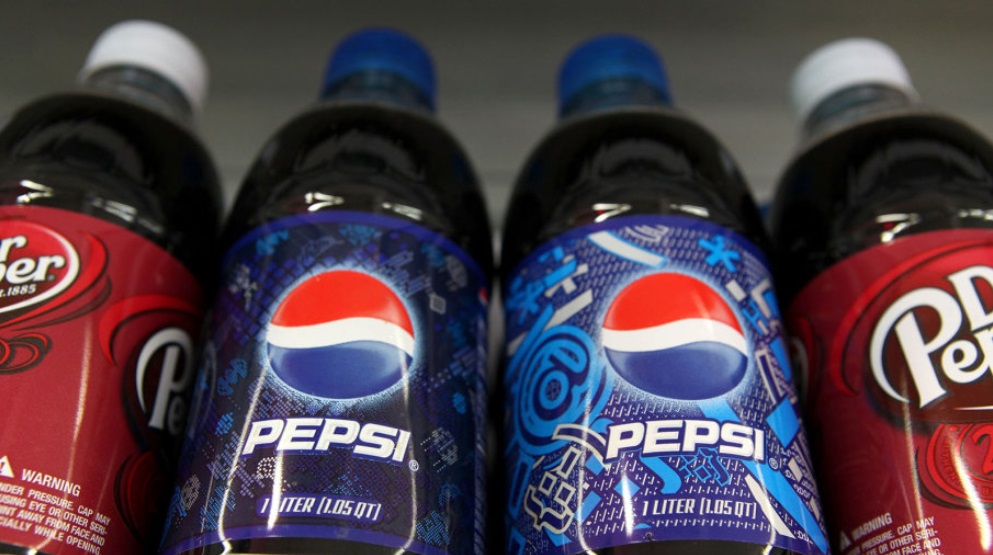 Bottles of Pepsi and Dr. Pepper line a store shelf in San Francisco. Note they are all in liters.

When you stroll through the aisles of your local grocery store in the U.S., have you ever considered this odd fact – your milk is packaged in gallon jugs, while your soda is in 2-liter bottles? Why, in the same country, would two liquids be packaged and distributed using different systems of measurements?

The short but sticky-soda-sweet answer is that this is just one of many examples of America's fractured approach to measurements. And soda's embrace of the liter coincided with a brief window in history when it seemed that the metric system might take over in the U.S. Let's explain.

In the early 1970s, Coca-Cola was selling roughly 10 times as much of its product as Pepsi. Desperate to steal more of Coke's market share, Pepsi began trying to brainstorm a new and eye-catching bottle that could compete with Coke's classic curved bottle.

Enter John Sculley, a new marketing executive at Pepsi. As he tells it in his book "Moonshot!", his research showed he couldn't come up with a better bottle design, but he did make an interesting discovery – Pepsi drinkers were frustrated because they were always running out of their favorite soda.

Sculley realized that he didn't need a new bottle design. He needed a bigger bottle.

Pepsi asked chemical giant DuPont to come up with a suitable material, and a year later, the plastic 2-liter bottle was born.

Customers would get more of the product they wanted. Pepsi could stop competing head-to-head with Coke (for a time, anyway). And Pepsi would sell greater volumes of its soda, which meant increased revenue. Not to mention, stores wouldn't have to worry about broken glass from careless stockers or consumers.

In a make-or-break marketing moment, Sculley met with Walmart founder Sam Walton to convince him of the 2-liter's merits. As he handed the product to Walton, Sculley purposely dropped the bottle, which bounced, unbroken, on the floor.

Walton was sold. And so was the rest of America. Sculley made bottling history and also rode his 2-liter success all the way to CEO of Pepsi – and later CEO of Apple.

Metric Has a Moment

You might be wondering why Sculley and Co. didn't think of creating a half-gallon (the non-metric equivalent of 2 liters) bottle of Pepsi. In 1975, Congress passed the Metric Conversion Act and many companies thought it was just a matter of time before all products became metric, according to NPR's Marketplace. But the legislation stipulated that action was simply voluntary. That was enough to keep the rules from taking widespread effect – many people fought the switch because they thought it was somehow anti-American. Or else they felt more comfortable with the familiar imperial measurements and since they didn't have to switch, they didn't.

Milk never went metric in the U.S. This seems to be a combination of three factors, including scale, location and tradition.

Sodas like Coke and Pepsi have a long shelf life and can be shipped all over the world. Milk is far more perishable and is typically sourced from a local or regional producer. Milk has traditionally been sold in the U.S. in pints, quarts and gallons, a custom that seems destined to stay.

Still, when people tell you Americans will never cotton on to the metric system, don't believe it. There are many products measured in metric only (or primarily) besides soda in the U.S. These include wine, liquor, medications and beauty products, among other items. However, there's no still regulatory requirement in place that manufacturers must use metric. But since lots of American products are sold overseas, you'll usually see both types of measurements on the packaging.

NOW THAT'S INTERESTING
America's imperial measuring system is a holdover from colonial times and based on old British standards. The U.S. is one of only three countries in the world that hasn't adopted the metric system – Liberia and Myanmar are the other two.

Why We'll (Probably) Never Be Able to Teleport Written by Matthew R. Francis For many of us, teleportation would…

You Should Salt Your Summer Beverages By A.A. Newton One of summer's greatest pleasures is sipping an icy,…