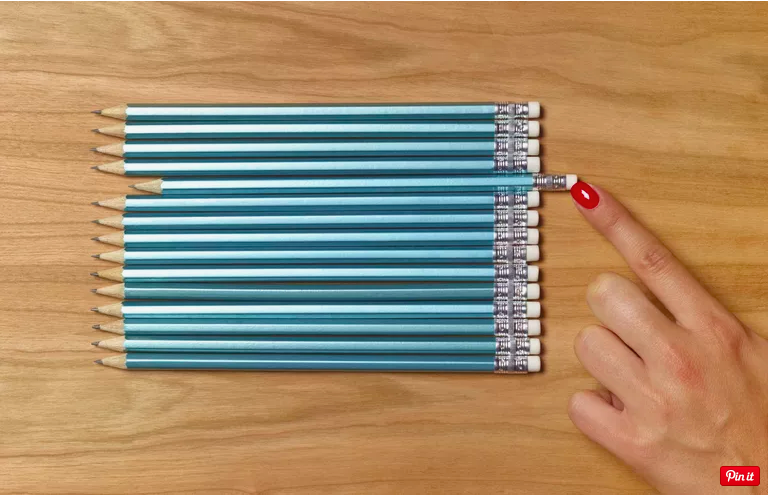 If you are a perfectionist, you are probably familiar with the feeling of wanting to get everything just right. You may struggle with handing in papers, agonize over projects at work, and even worry about small errors from the past.

High standards are one thing, but perfectionism is quite another. And as some researchers have discovered, pursuing perfection can have serious consequences to both mental and physical well being.

According to researchers, perfectionists hold themselves to unrealistically high standards and become self-critical if they believe they haven’t met these standards. Perfectionists are also likely to feel guilt and shame if they experience failures, which often leads them to avoid situations where they are worried they might fail. Amanda Ruggeri, writing about perfectionism for BBC Future, explains, “When [perfectionists] don’t succeed, they don’t just feel disappointment about how they did. They feel shame about who they are.”

How Perfectionism Can Be Harmful

Although many people see the pursuit of excellence as a good thing, researchers have found that on the extreme end, perfectionism is actually linked to lower mental health.

In one study, researchers analyzed how perfectionism was related to mental health across previous studies. They looked at a total of 284 studies (with over 57,000 participants) and found that perfectionism was associated with symptoms of depression, anxiety, obsessive-compulsive disorder, and eating disorders. They also found that people higher in perfectionism (i.e. participants who more strongly identified with perfectionist traits) also reported higher levels of overall psychological distress.

Is Perfectionism on the Rise?

In one study, researchers looked at how perfectionism has changed over time. The researchers reviewed previously collected data from over 41,000 college students, from 1989 to 2016. They found that over the time period studied, college students reported increasing levels of perfectionism: they held themselves to higher standards, felt there were higher expectations placed on them, and held others to higher standards. Importantly, what increased the most were the social expectations that young adults picked up on from the surrounding environment. The researchers hypothesize that this could be because society is increasingly competitive: college students might pick up on these pressures from their parents and from society, which would increase perfectionist tendencies.

How to Combat Perfectionism

Since perfectionism is associated with negative outcomes, what can someone with perfectionist tendencies do to change their behavior? Although people are sometimes hesitant to give up their perfectionist tendencies, psychologists point out that giving up on perfection doesn’t mean being less successful. In fact, because mistakes are an important part of learning and growing, embracing imperfection can actually help us in the long run.

One possible alternative to perfectionism involves developing what psychologists call a growth mindset. Researchers at Stanford University have found that cultivating a growth mindset is a crucial way to help us learn from our failures. Unlike those with fixed mindsets (who see their skill levels as innate and unchangeable), those with growth mindsets believe they can improve their abilities by learning from their mistakes. Psychologists point out that parents can play a crucial role in helping their children develop healthier attitudes towards failure: they can praise their children for making an effort (even if their results were imperfect) and help children learn to persevere when they make mistakes.

Another potential alternative to perfectionism is to cultivate self-compassion. To understand self-compassion, think about how you would respond to a close friend if they made a mistake. Odds are, you’d probably respond with kindness and understanding, knowing that your friend meant well. The idea behind self-compassion is that we should treat ourselves kindly when we make mistakes, remind ourselves that mistakes are part of being human, and avoid being consumed by negative emotions. As Ruggeri points out for BBC Future, self-compassion can be beneficial for mental health, but perfectionists tend not to treat themselves in compassionate ways. If you’re interested in trying to foster more self-compassion, the researcher who developed the concept of self-compassion has a short exercise you can try.

Psychologists have also suggested that cognitive behavioral therapy can be a way to help people change their beliefs about perfectionism. Although perfectionism is linked to lower mental health, the good news is that perfectionism is something you can change. By working to see mistakes as learning opportunities, and replacing self-criticism with self-compassion, it’s possible to overcome perfectionism and develop a healthier way of setting goals for yourself.

By Spooky Hong Kong is famous for its expensive nano-flats, but one property developer recently made international headlines for…

By Shivali Best Dubbed the ‘Cyber Truck’, the Tesla car features a strange angular body in gunmetal grey, and…